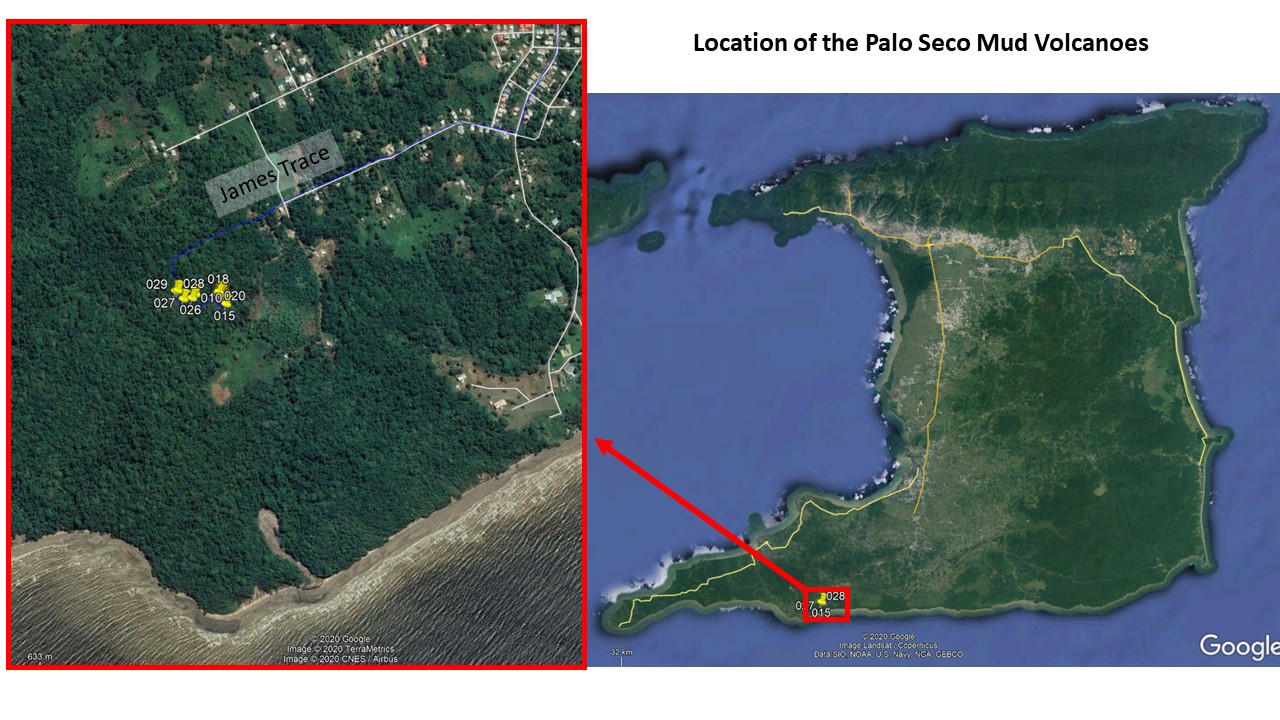 This is a single, shield type mud volcano on high ground at the back of the cliffs with a mud ‘glacier’ dropping steeply to the beach. Activity is minimal with minor cones (4” high), although historical records suggest violent eruptions in 1960 and 1906. Boulders, pebbles and sand grains are found on the surface of the mudflow, where the flow meets the sea, is found an apron of large boulders dominantly of composed of sandstone. The bulk of the clasts are of Cruse origin, some of the sands being oil impregnated. Herrera sandstones and conglomerates are the second most common type.
The closest oil production is from the Upper Cruse sands in Touchstone’s Palo Seco lease 2km to the NE. The oil saturated sands strongly suggest potential reservoirs nearby, and the occurrence of Herrera sands as clasts on the coasts suggest the interval is an exploration target. 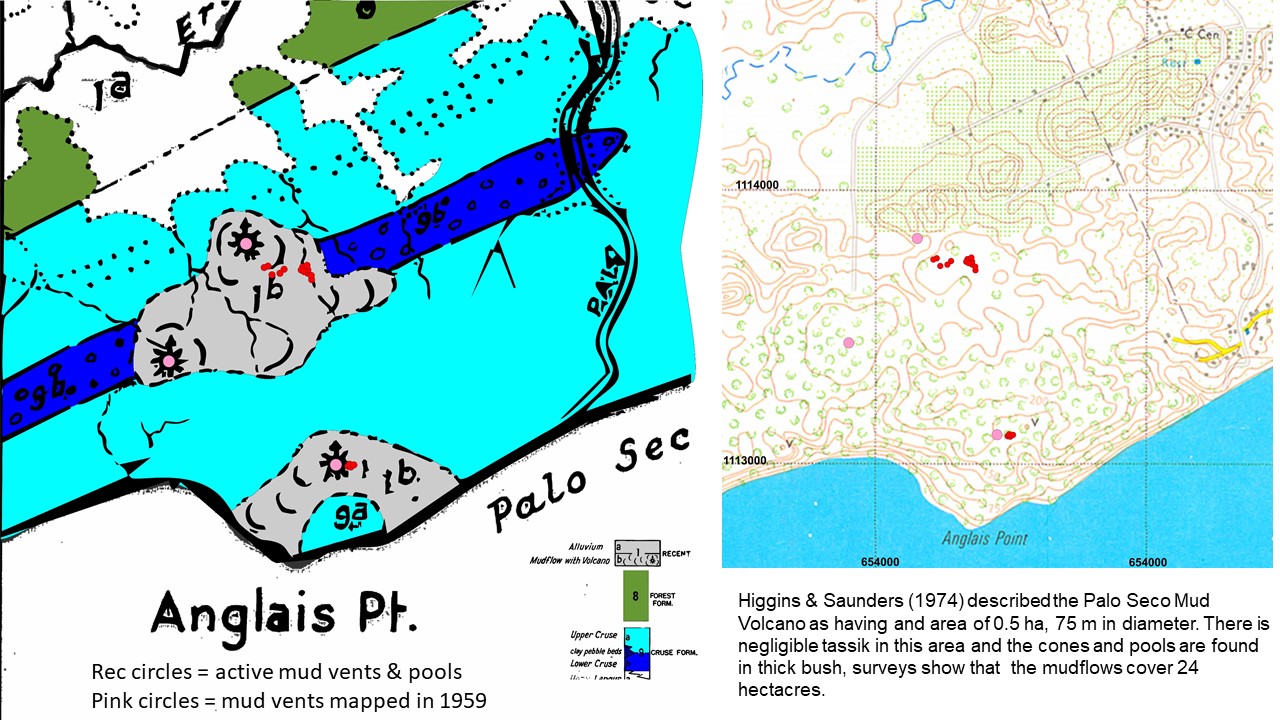 Overlay of the Kugler surface geology map on the 25,000 scale topographic map, this legacy map shows two separate flows that reach the coastline. Modern images reveal only a single much smaller flow on the eastern side and no evidence of the western flow.

Photo montage of the coastline showing the mud flow reaching the sea, the western pile of rocks could represent the location of an old mud flow

Photo montage showing the full extent of the “mud flow” 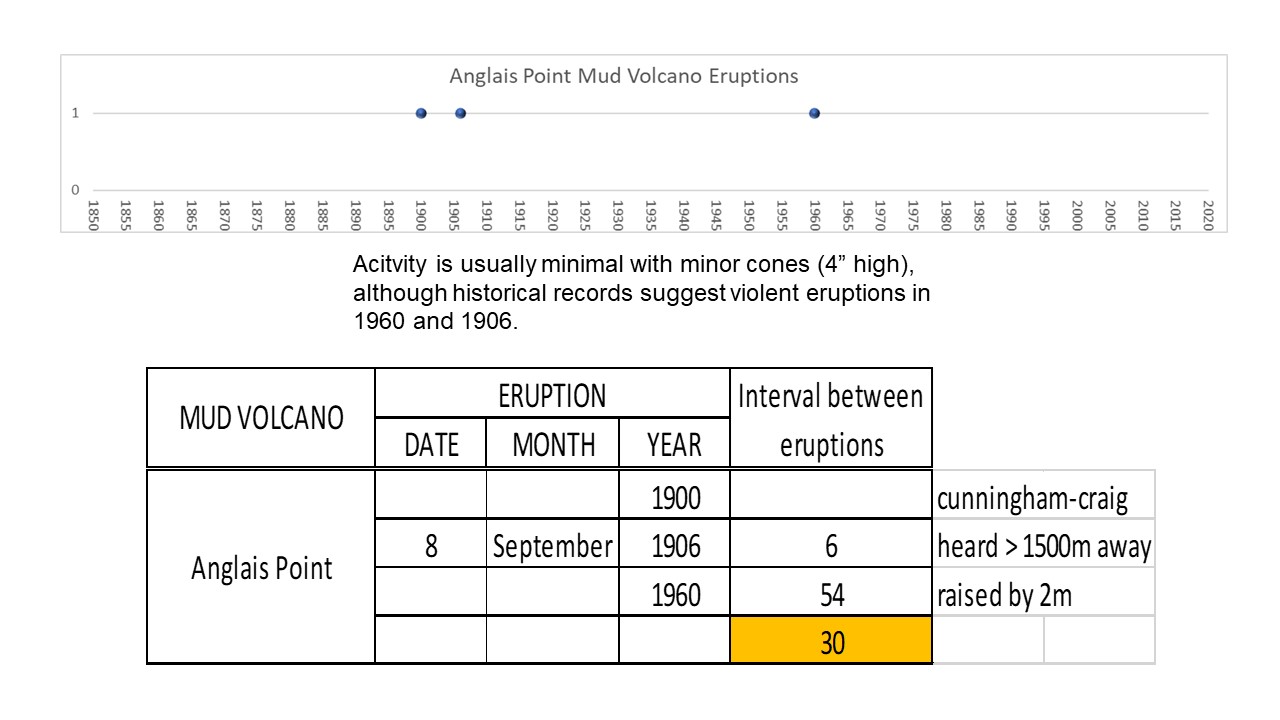 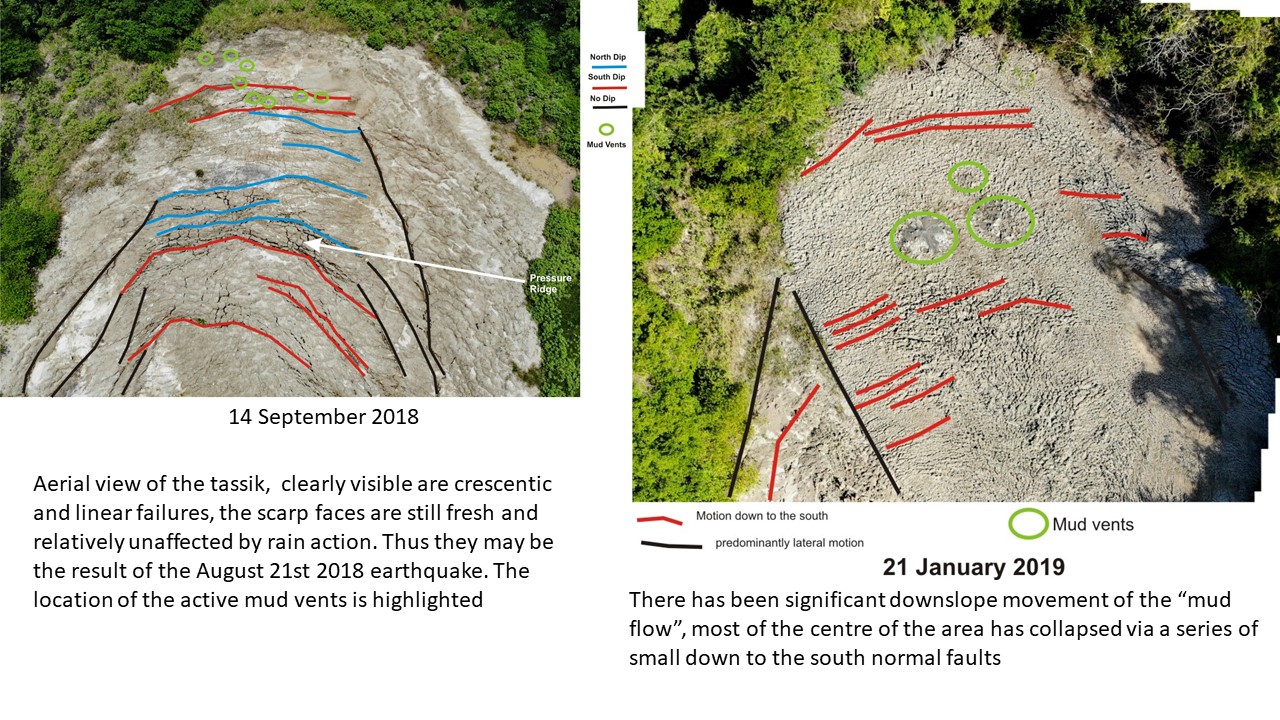 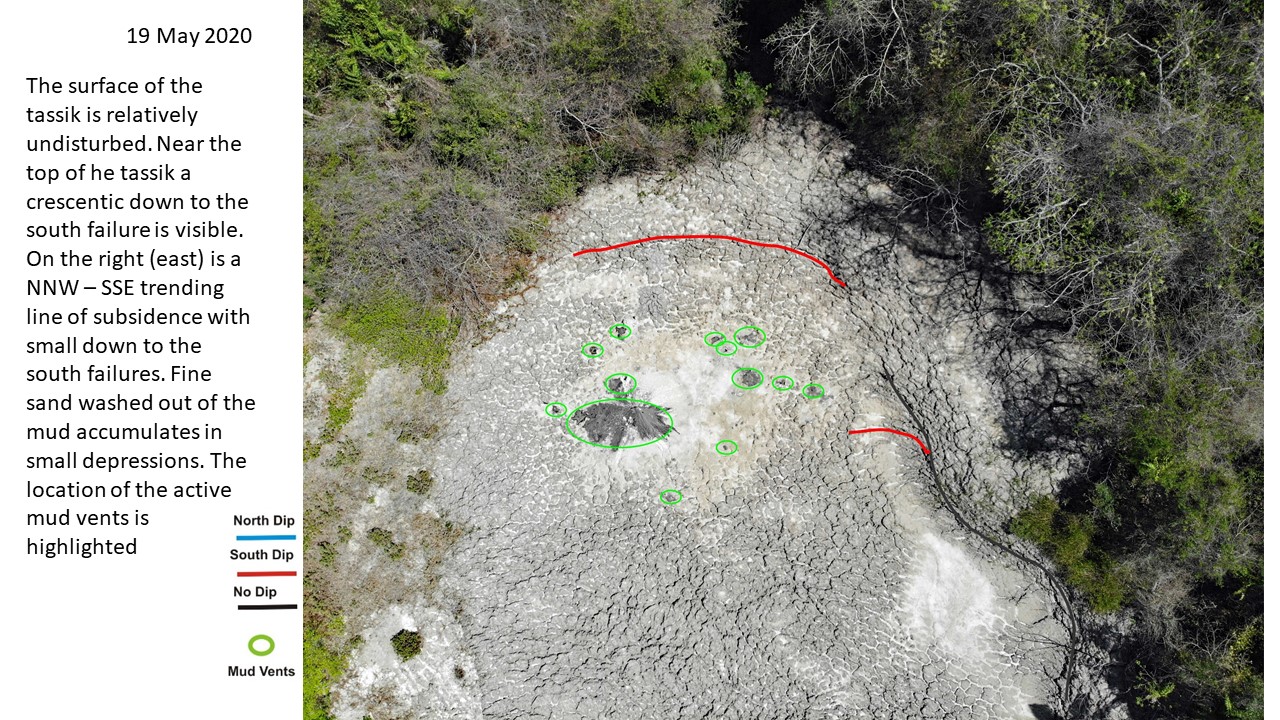 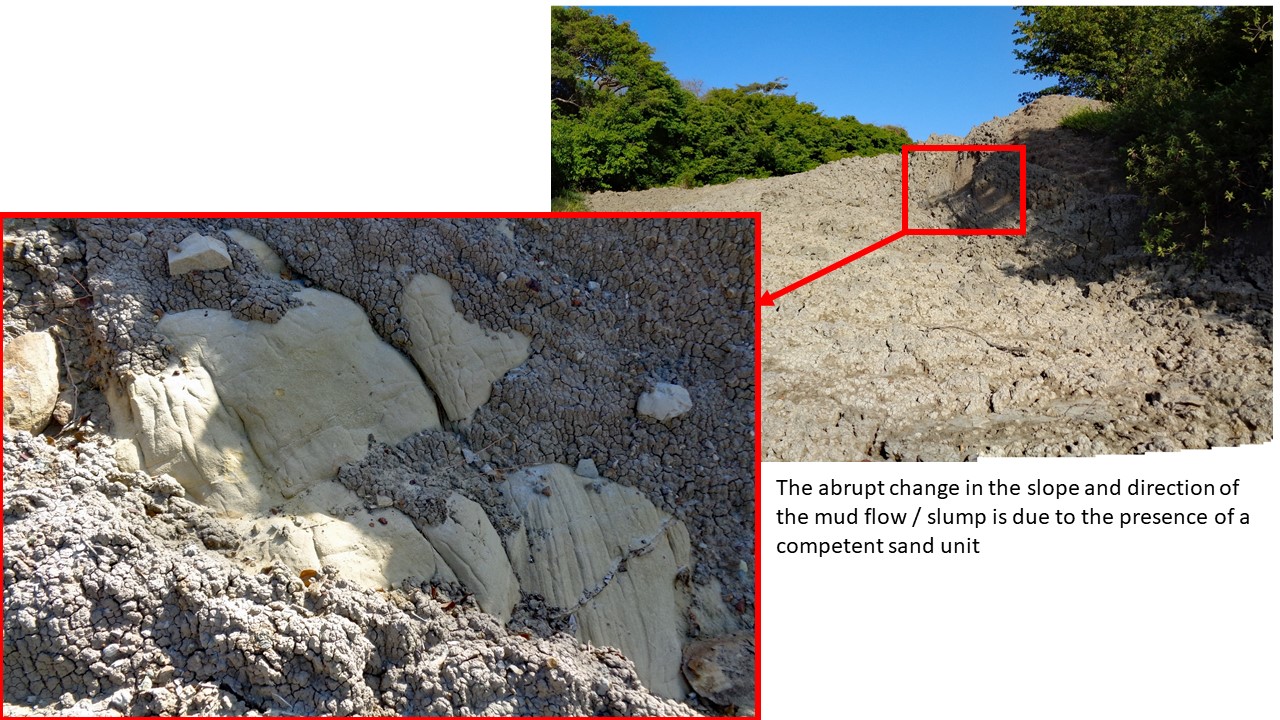 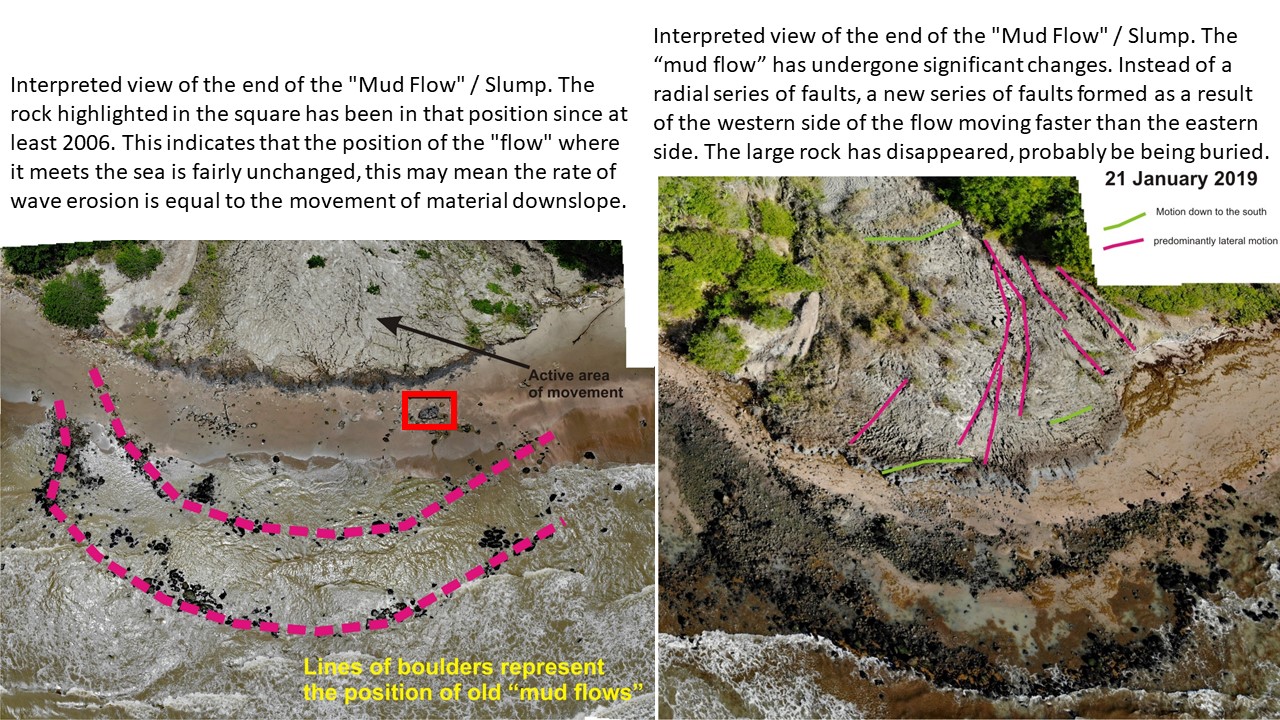 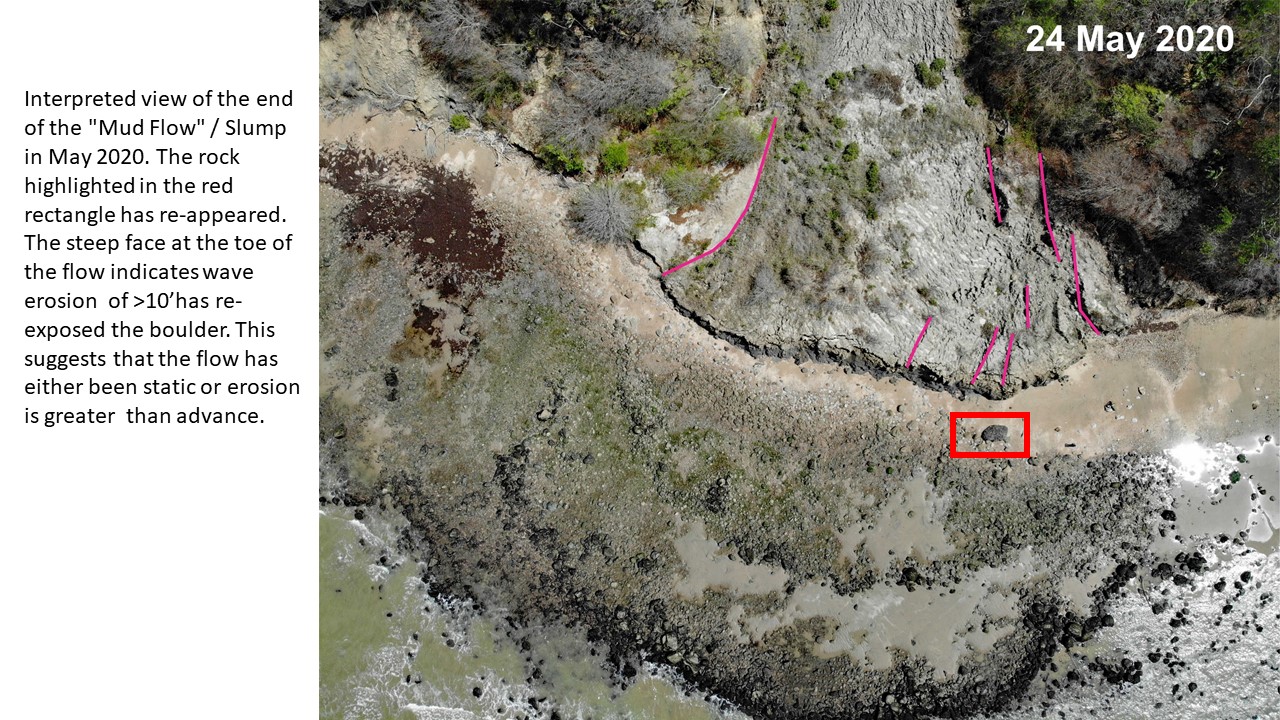 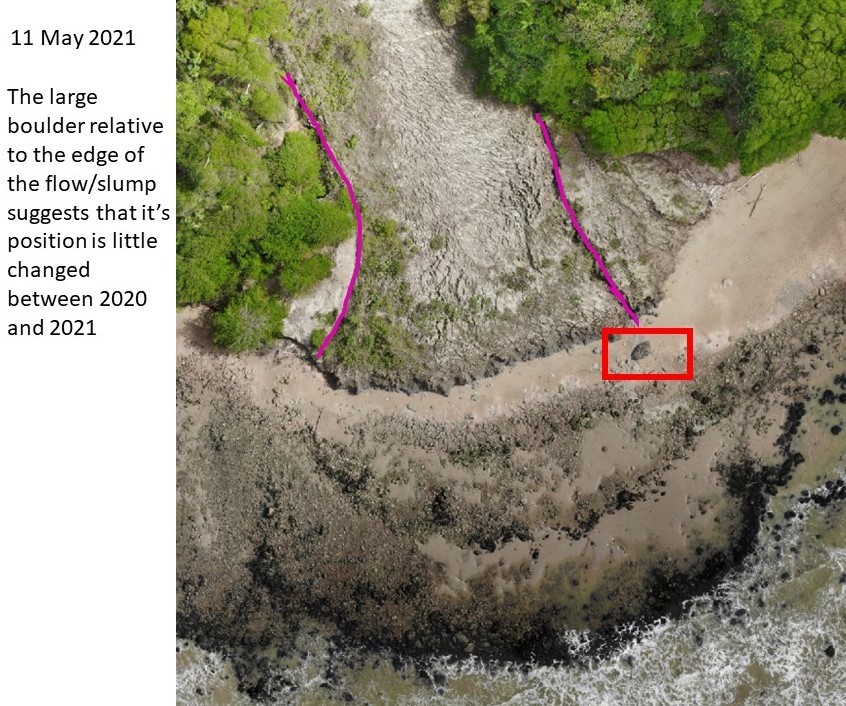 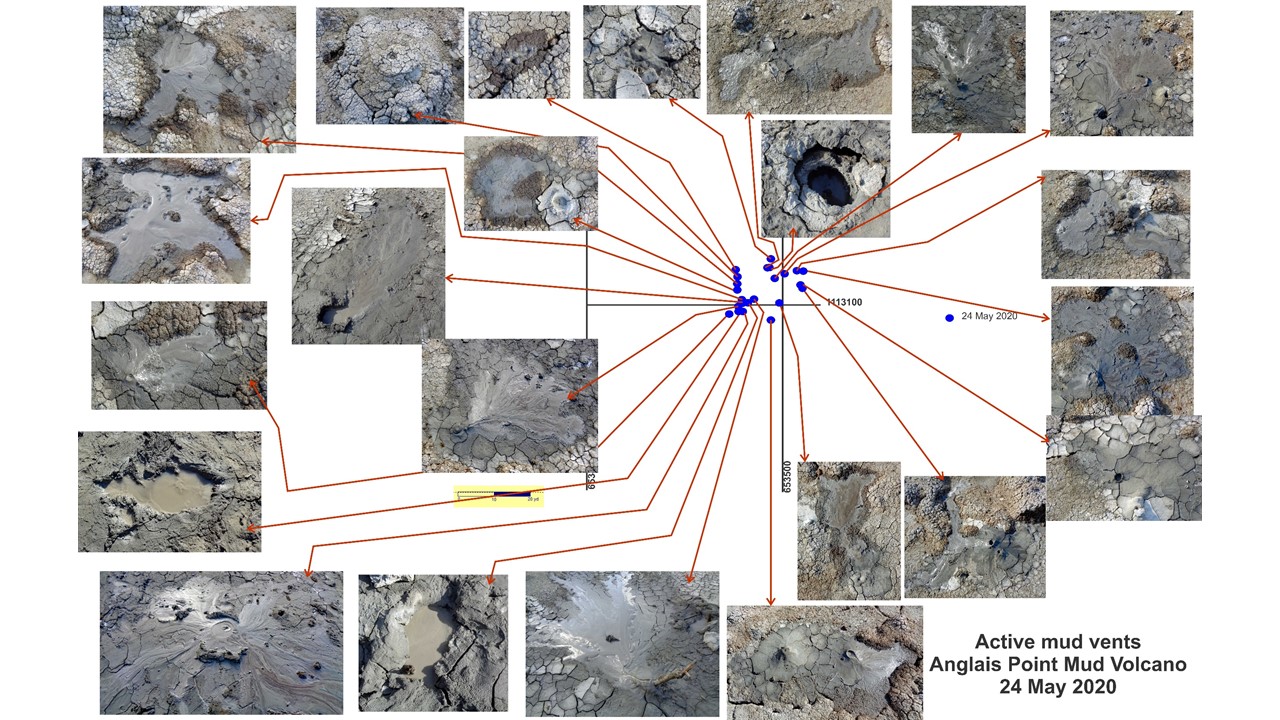 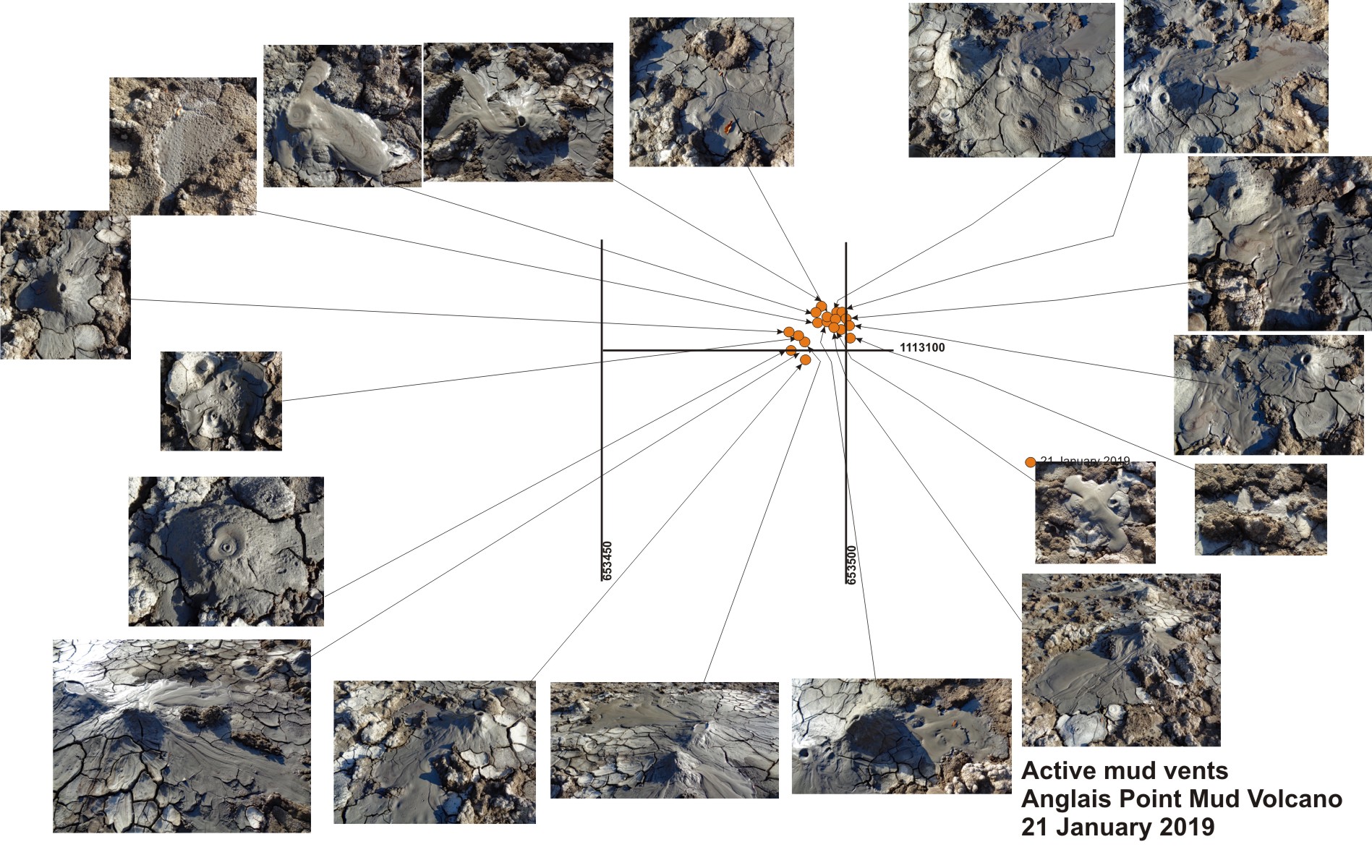 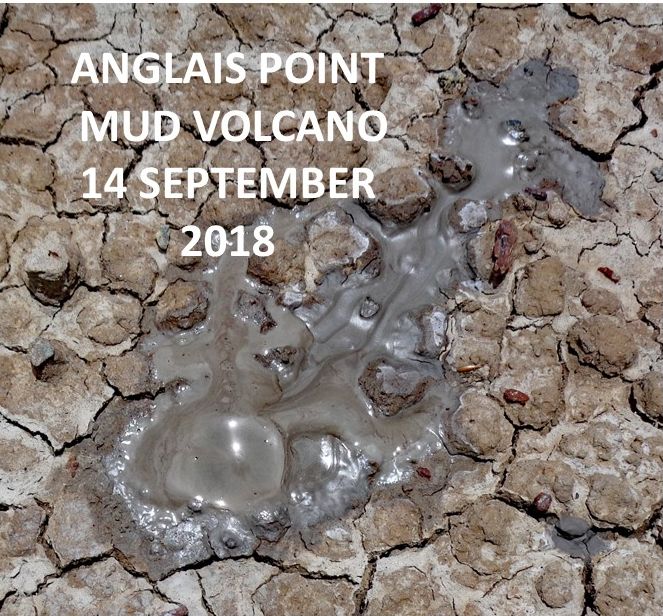 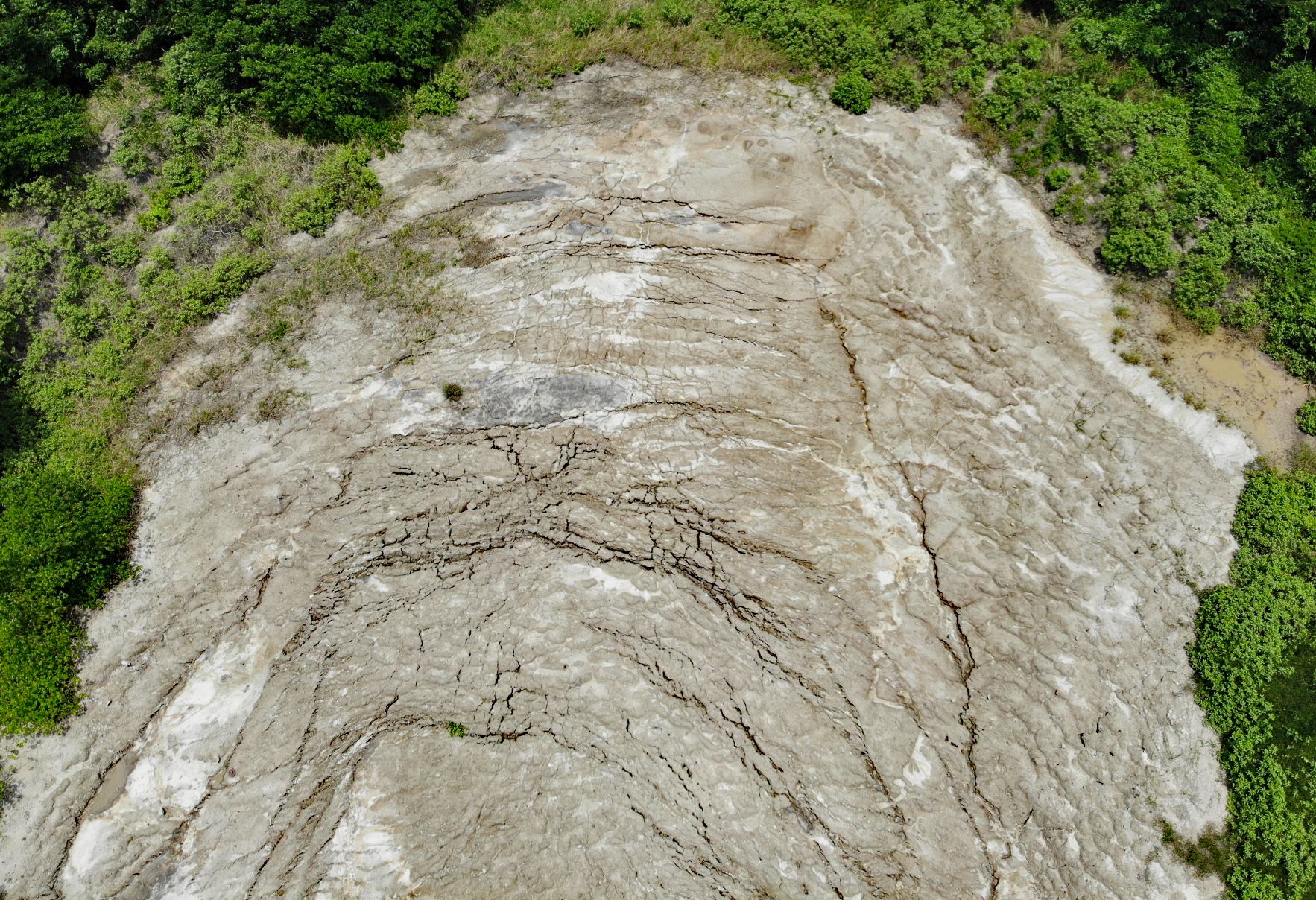 Aerial view of the tassik,  clearly visible are crescentic and linear failures, the scarp faces are still fresh and relatively unaffected by rain action. Thus they may be the result of the August 21st 2018 earthquake. Below is an interpretation of the area showing the location of the active mud vents 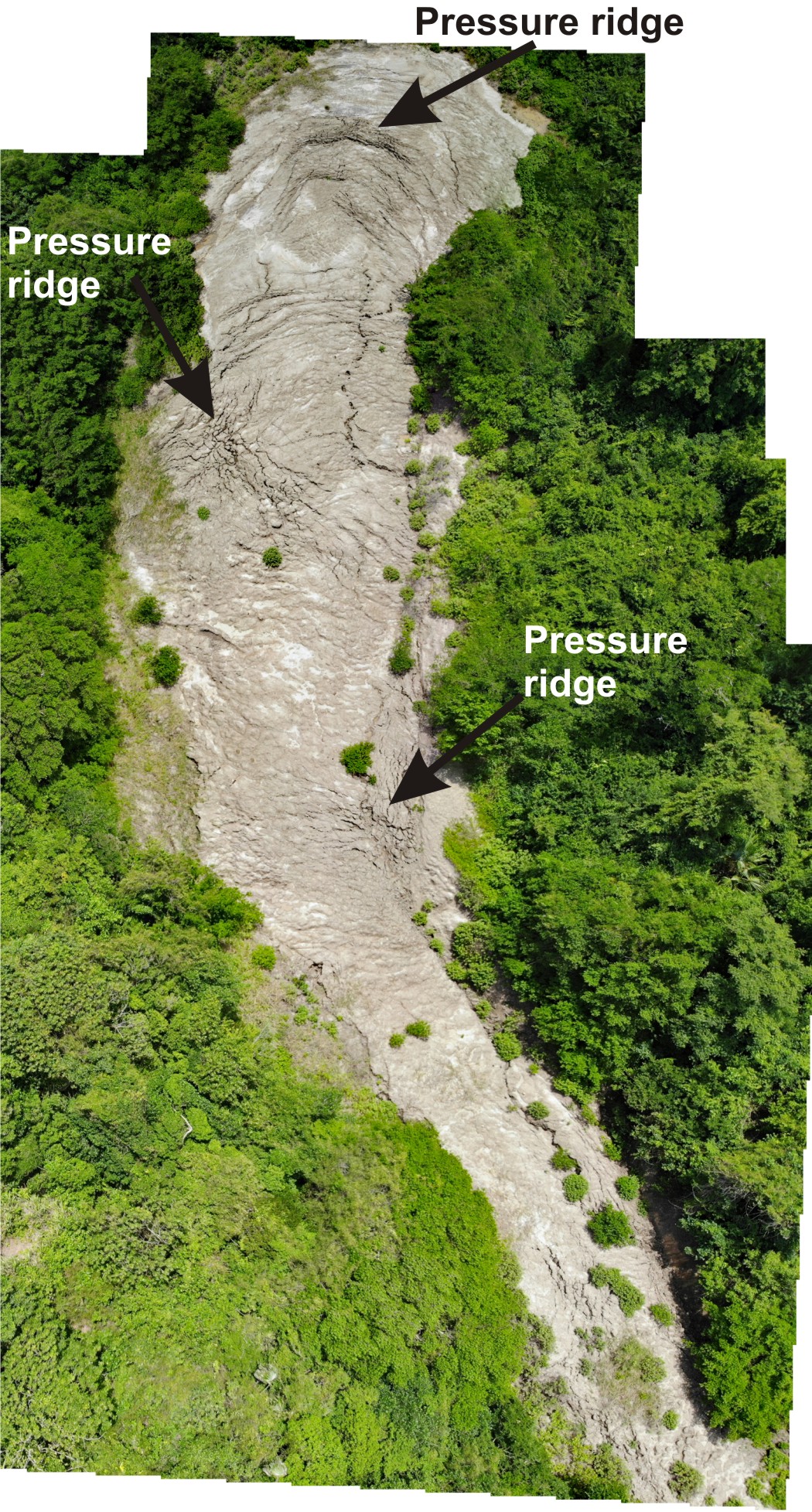 An Aerial view of the “mud flow” / slope failure. The pressure ridges are probably caused either by changes in the direction of the flow or changes in the topography at the base of the flow. The narrowing close to the coastline may be due to the presence of more competent sandstones. 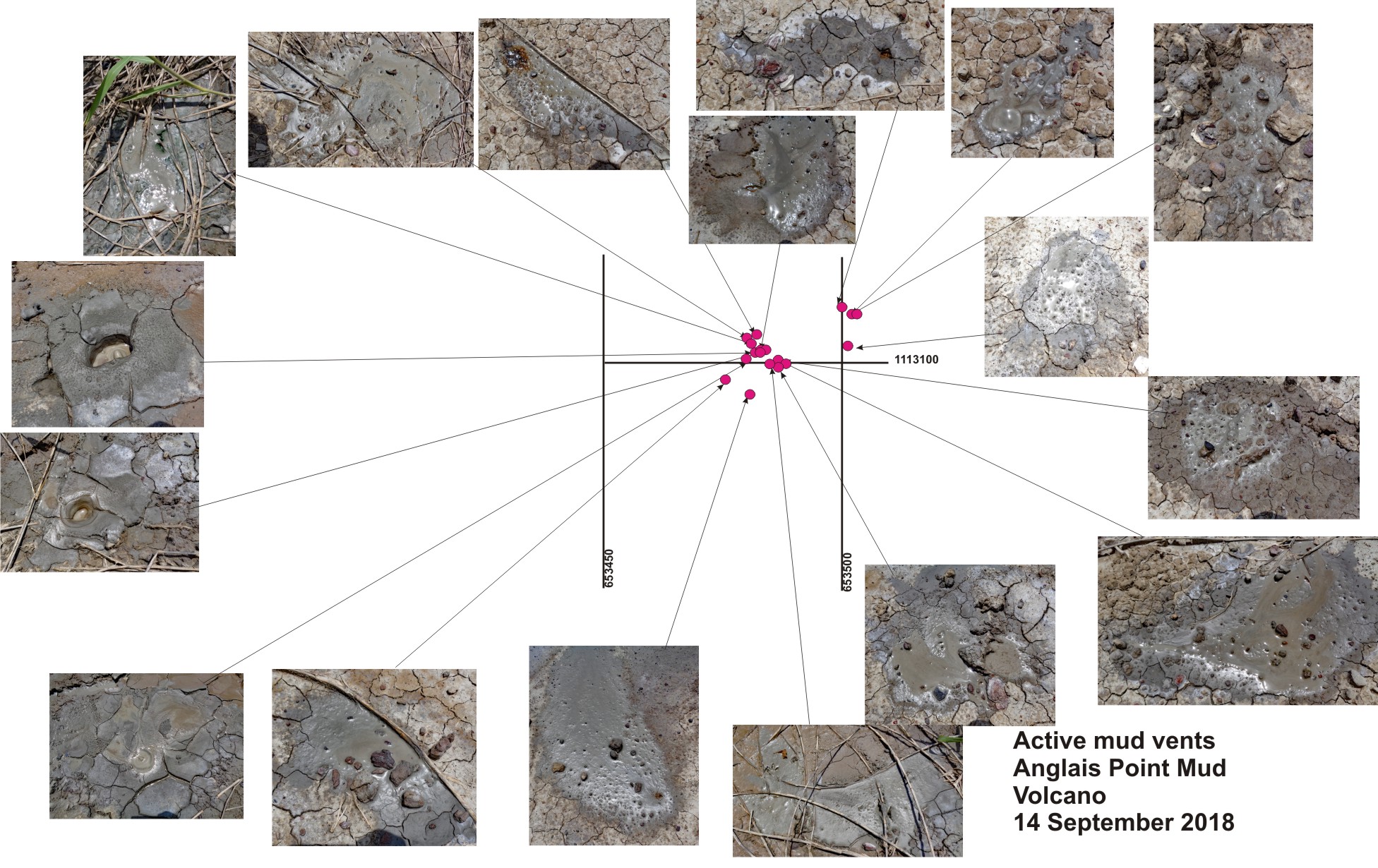 Looking south towards the coastline, clearly visible is the pressure ridge and  concentric faults small faults 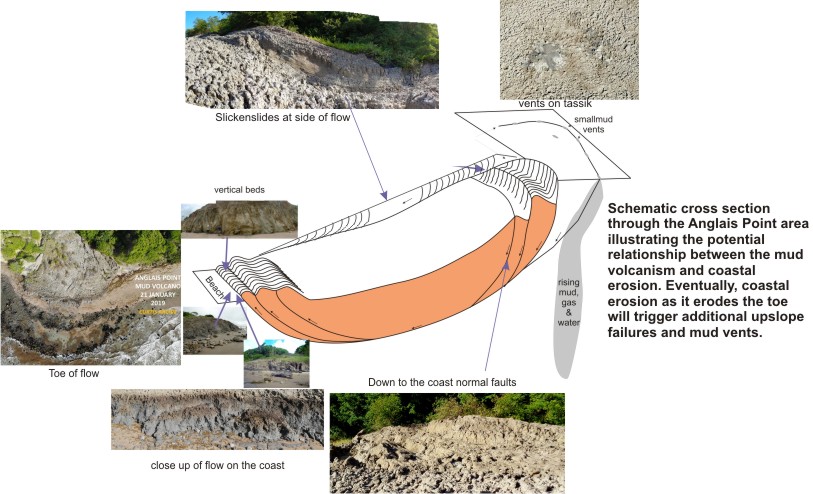 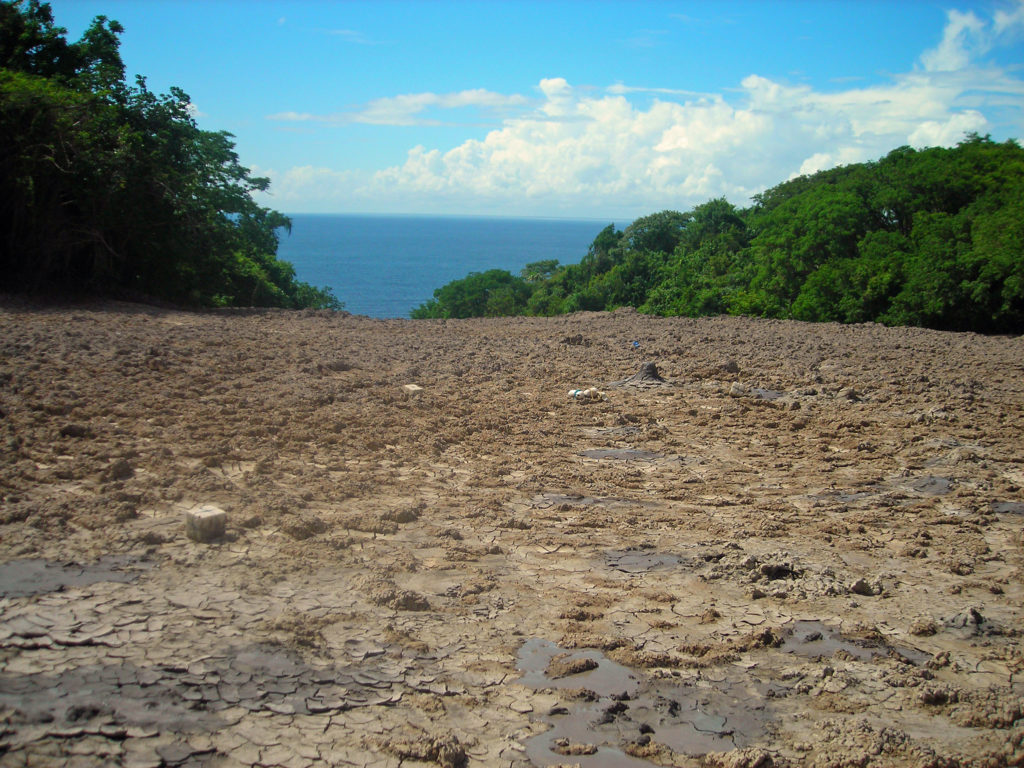 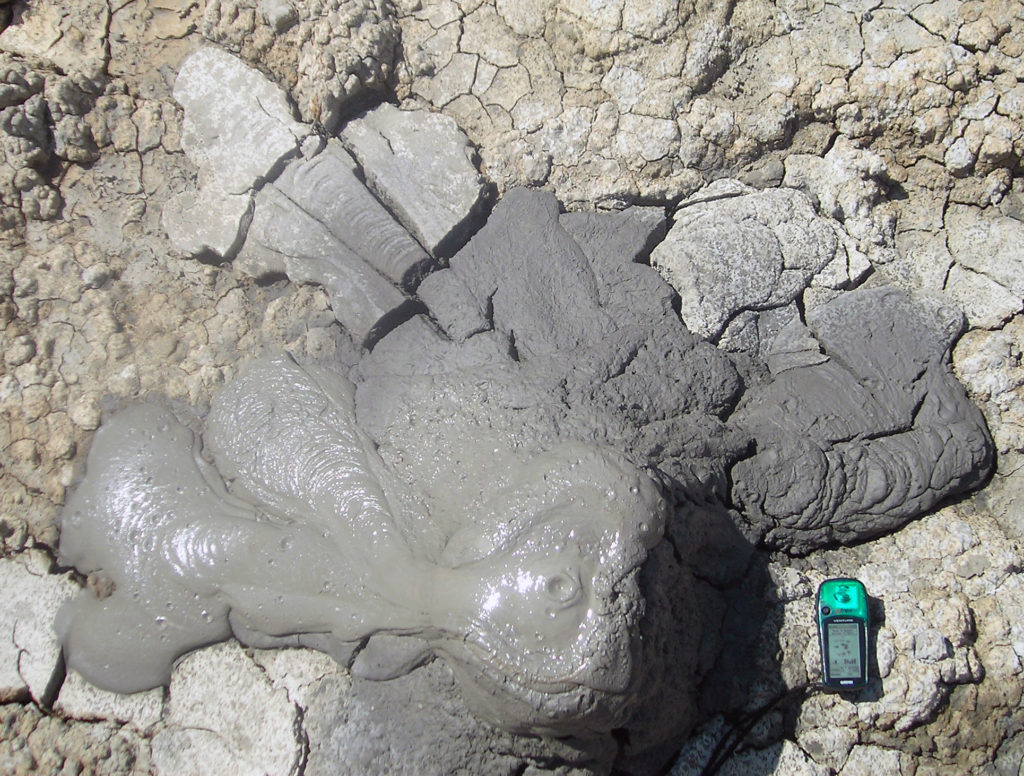 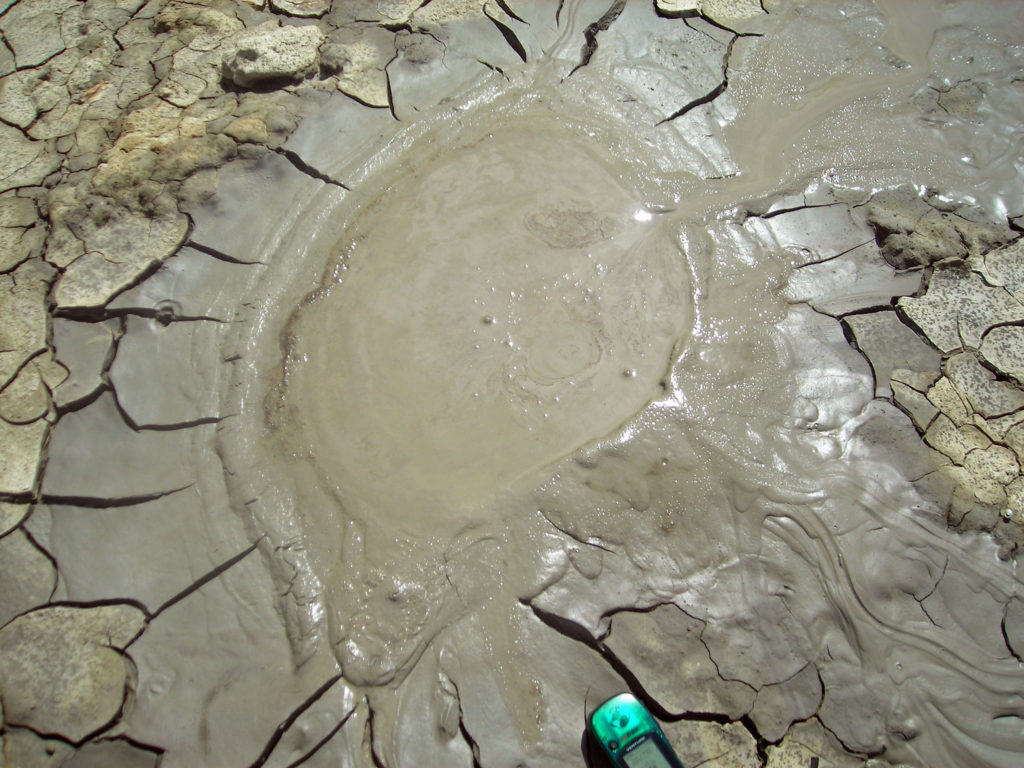 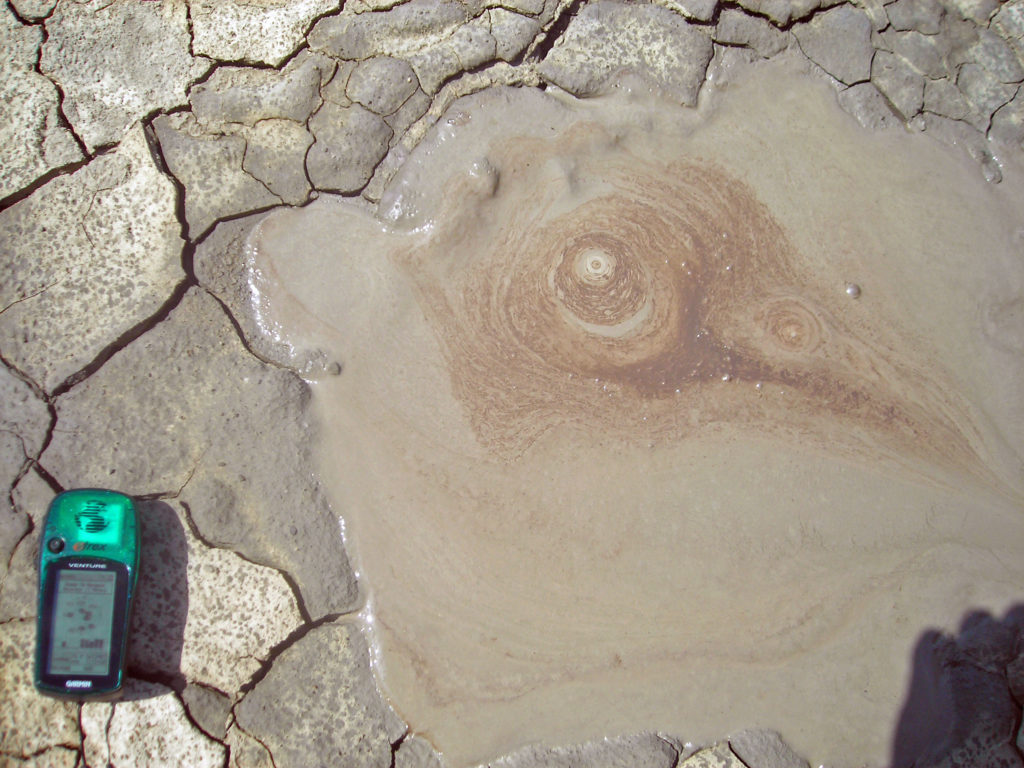 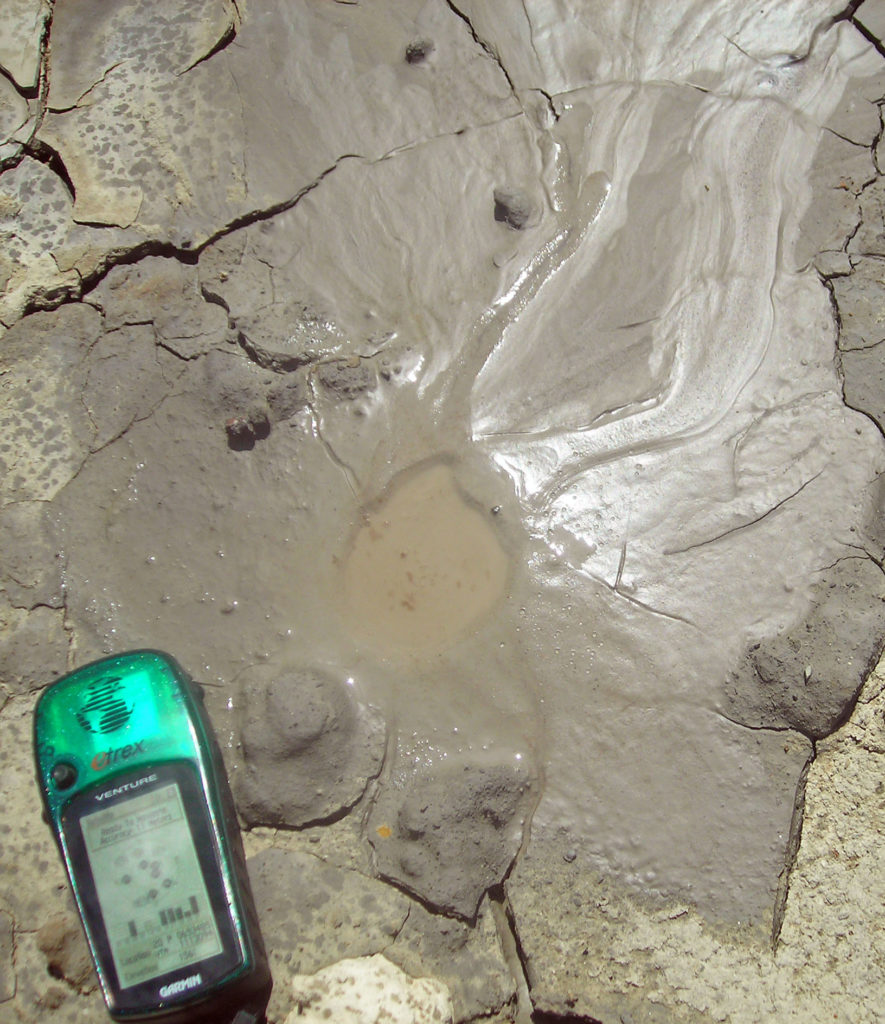 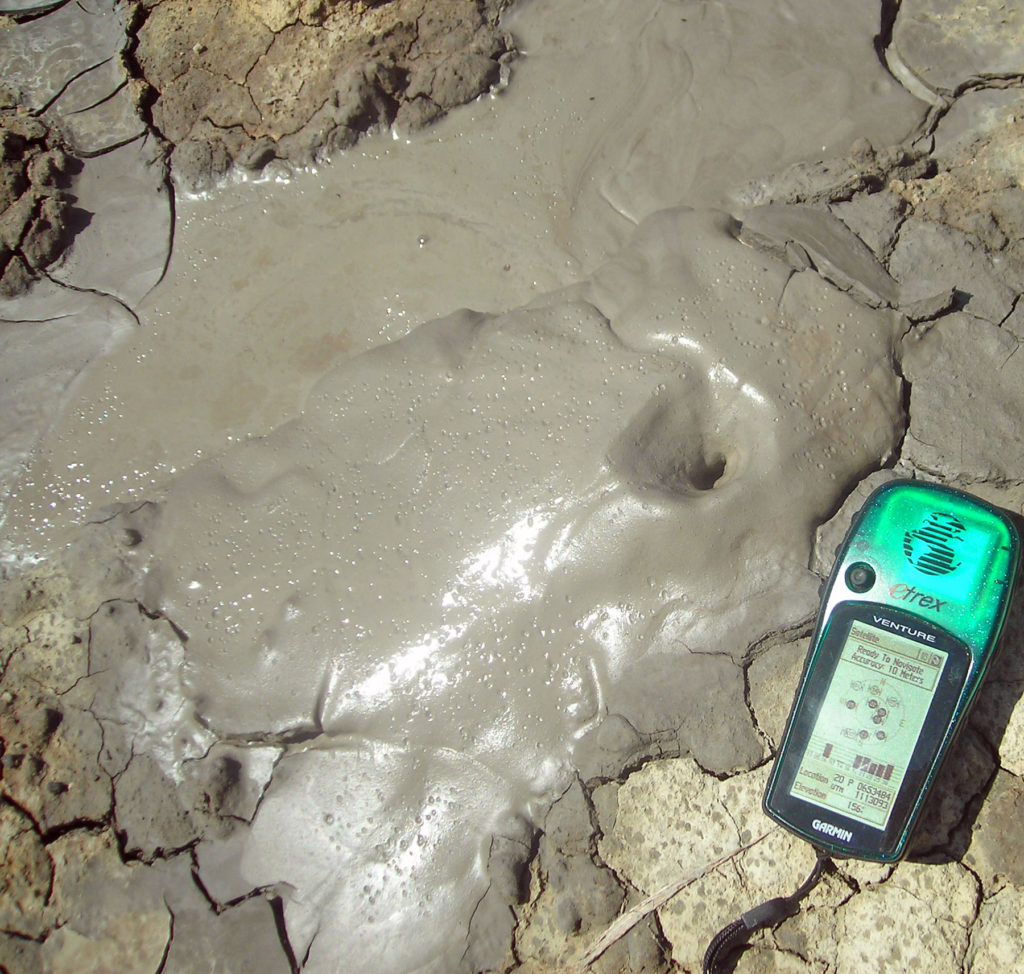 Sandstone  and mudstone clasts weathered out of the mud flow 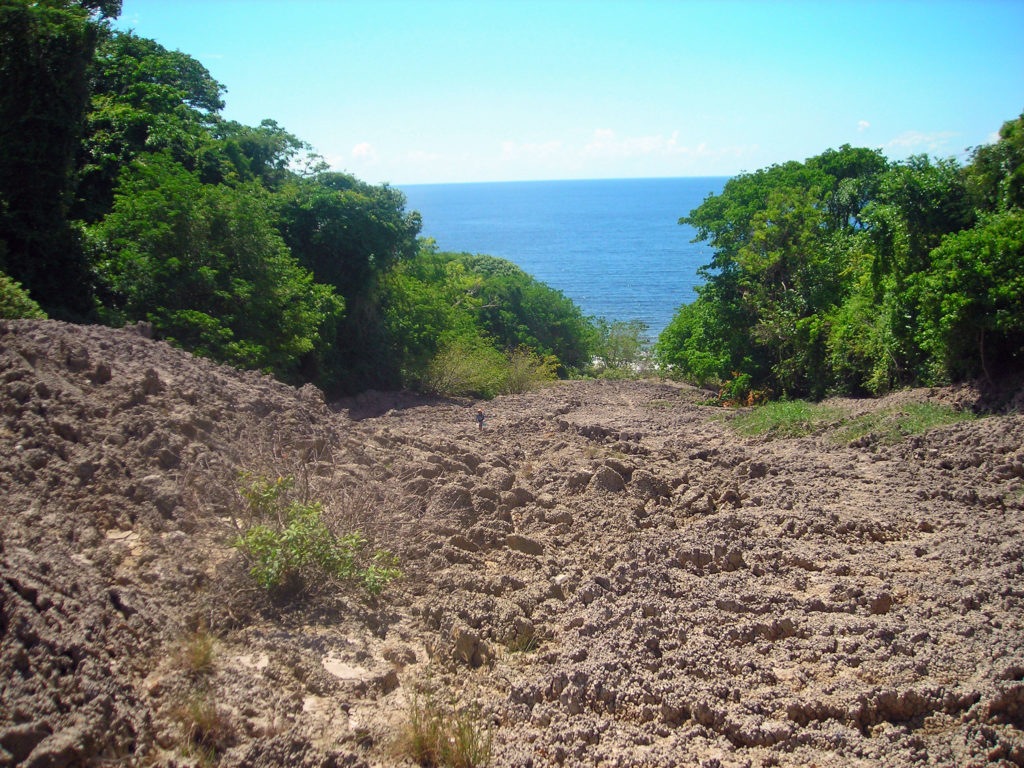 View of mud ‘glacier’ looking south. Visible in the middle is a large pressure ridge, it is found where there is a sudden change in the gradient of the ‘valley’. In the foreground are down to the south extensional faults caused by a combination of mud being intruded at the top of the slope and erosion at the toe of the slide causing the slope to fail. 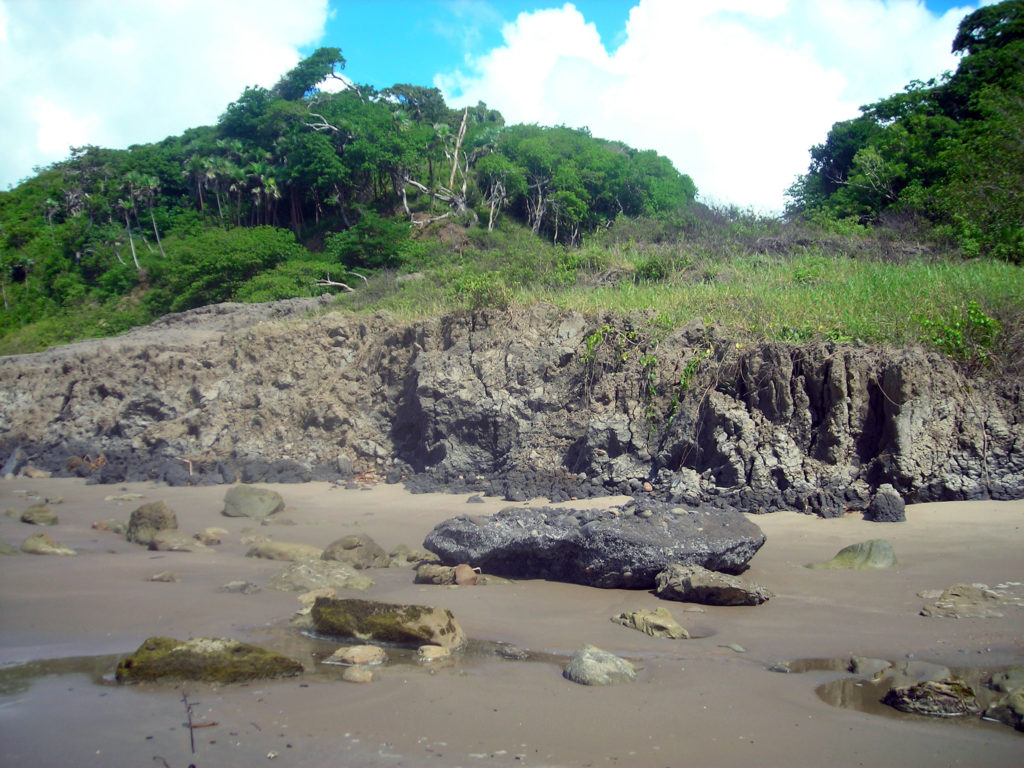 base / toe of the mudflow / slump on the coast