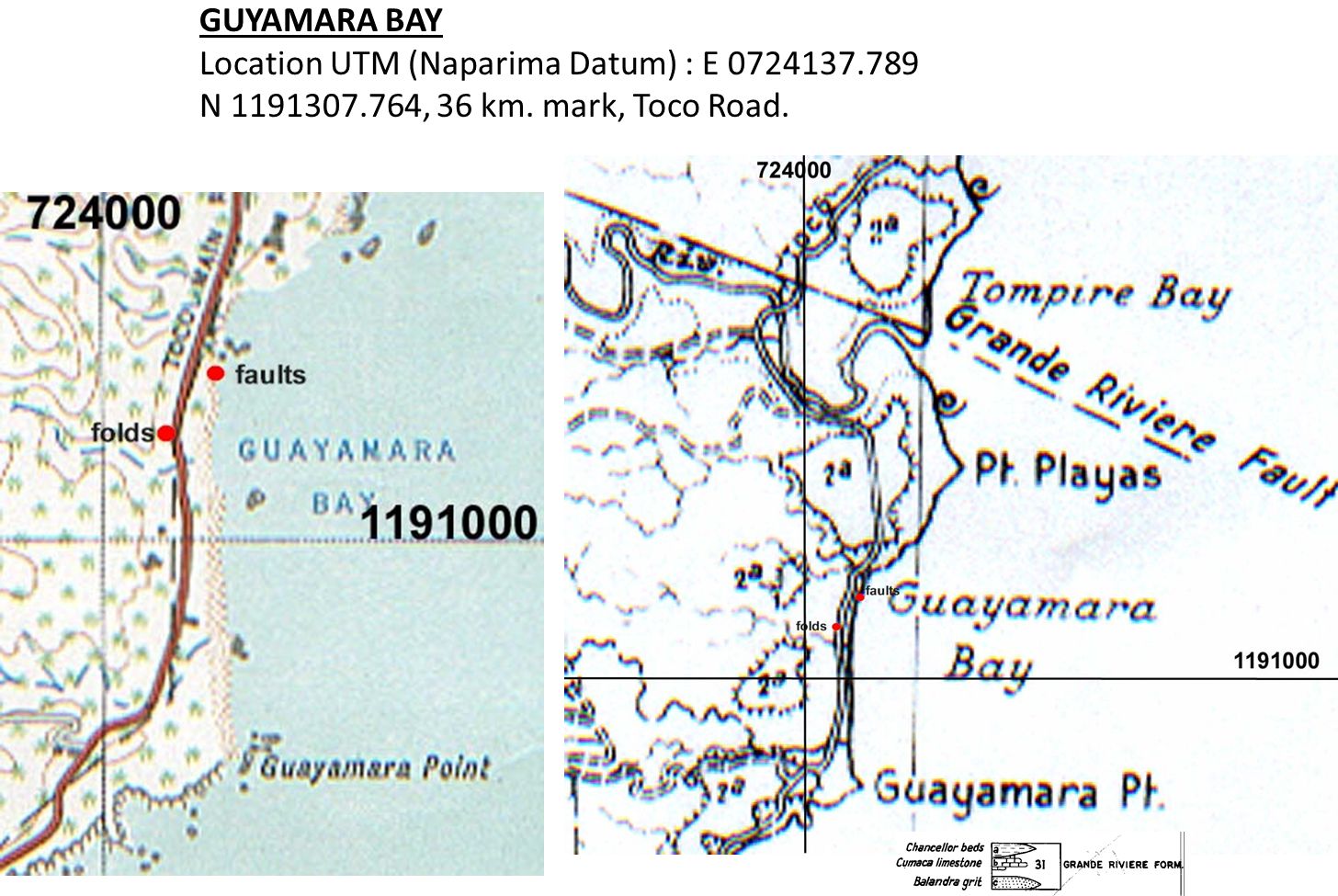 S.T. Algar introduced a new unit – the Guayamara Fm into the geology of the Toco area, based on very good exposures along the east coast. The lithology appears very like the Grande Riviere Fm of Kugler (1959) as described by Barr (1963).

The Guayamara Fm also seems similar to the phyllitic facies of the Maracas Fm east of Chupara Bay and on the Yarra River. The revised map has extended the Guayamara outcrop from the east coast to Chupara Bay, as Algar (1991) did in one of his maps.

In addition, the new map has extended the Guayamara Fm into the Platanal Graben, an area of poor exposure except for the folded and faulted structures in the surrounding Maraval limestone. An east-west trending limestone pericline in the upper reaches of the Salybia River and the Rio Seco is noteworthy.

The formation was formally established by Algar & Pindell (1991). It replaces the northern outcrop of the Grande Riviere Fm as shown by Kugler (1959) and stretches from Guayamara Bay on the East Coast, westward to Chupara Bay in the middle of the Range, where there appears to be facies change and the Guayamara is replaced to the west by the Maracas Fm. The Guayamara Fm is confined to the north flank of the range except in the headwaters of the Oropouche and Platanal rivers where it seems to extend southwards into part of the core of the range.

There is doubt about the two most southeasterly outcrops of the range in the Matura Point area and the Fronton de Saline area, mapped by Kugler (1959) as Grande Rivere Fm and by Algar and Pindell as Rio Seco Fm. With some hesitation they are now mapped as Guayamara Fm based on detailed mapping in the Primera Pria River area.

The formation consists predominantly of interbedded slates, siltstones and sandstones with occasional quaitzitic grits and areas of slates. Algar & Pindell (1991) suggests an approximate thickness of 800m. 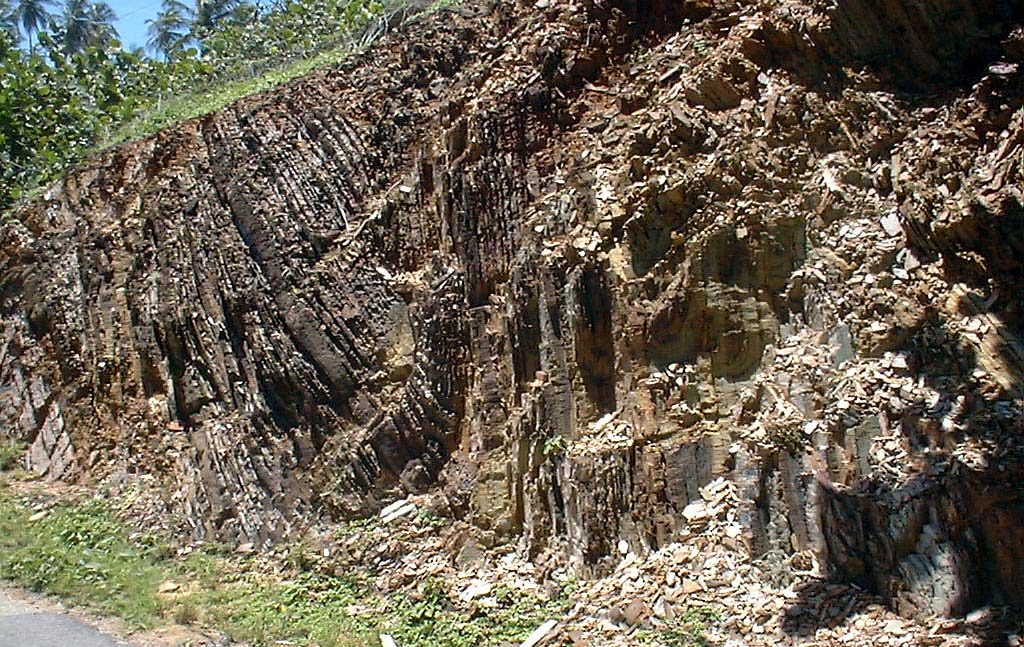 More folds to the north of the first one 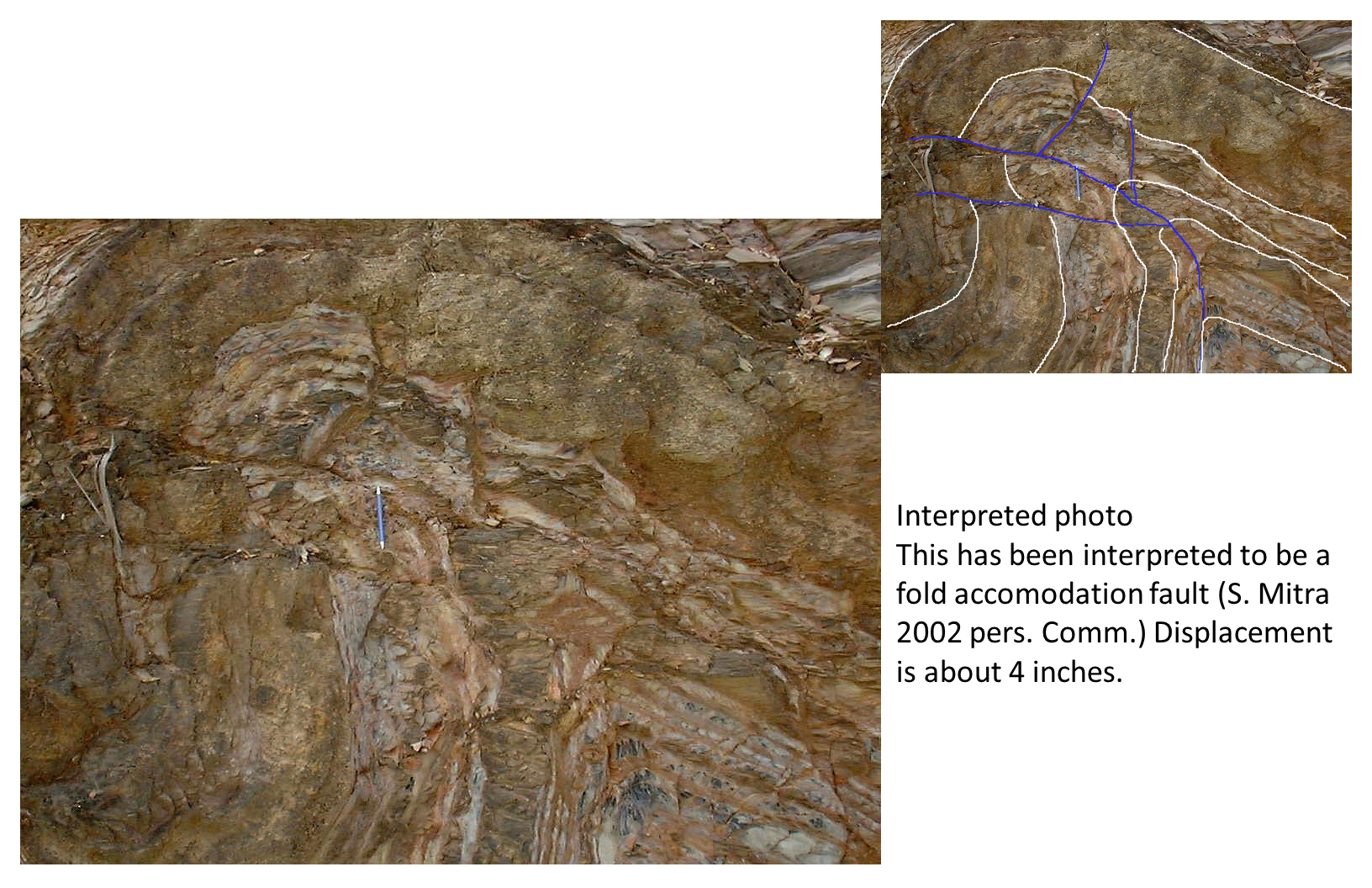 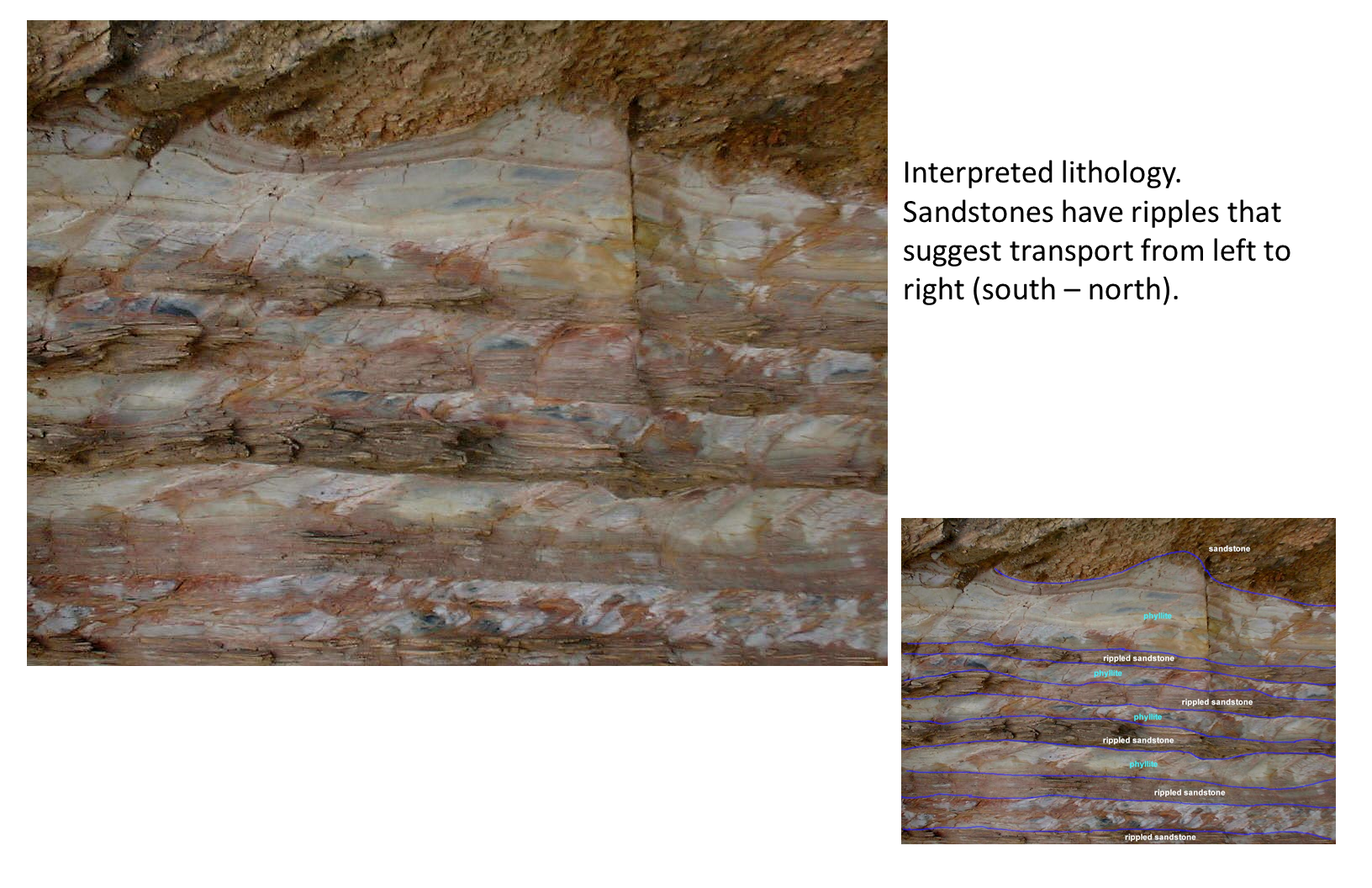 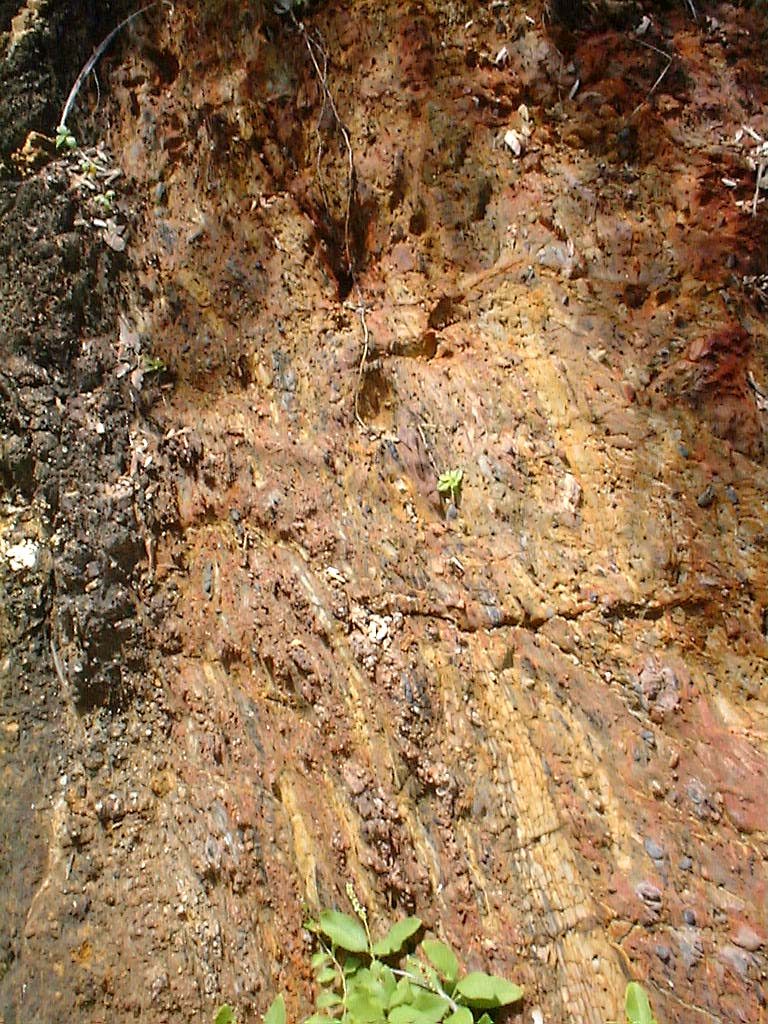 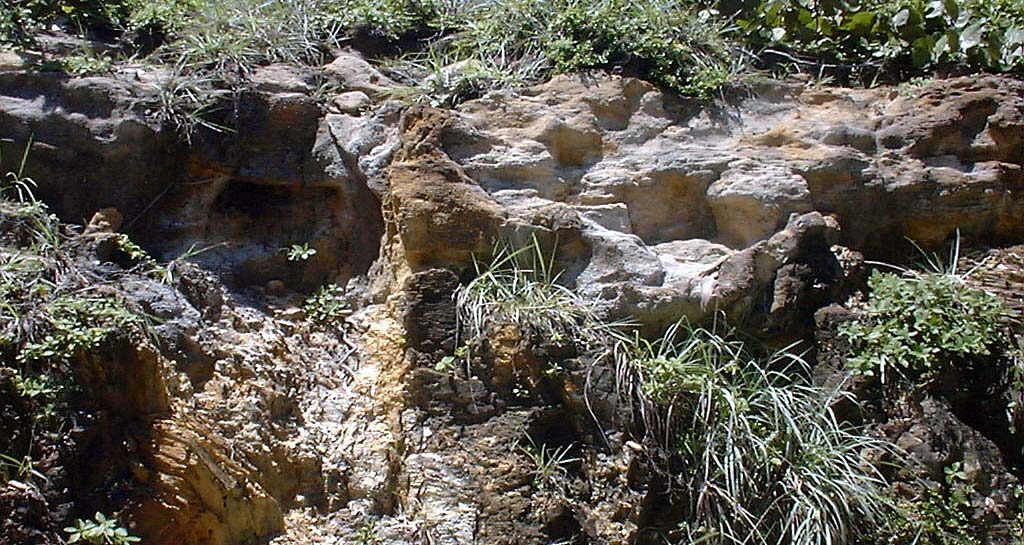 Morell (2010) examined what Barr called Quaternary Terraces in an attempt to validate Webber’s (2005 ) and Ritter, J.B. and Weber, J.C.,( 2007) hypothesis that NE Trinidad is being uplifted due to tilting. Five quartz-rich coastal terrace deposits (samples 07- MT-6, 07-MT-7a, 07-MT-7b, 07-MT-8a, 07-MT-8b; Figure 2) were dated using Optically Stimulated Luminescence (OSL) at The Luminescence Dating Research Laboratory in the Department of Geological Sciences at the University of Illinois at Chicago. OSL measures the last time a quartz grain was exposed to sunlight. When a grain is exposed to sunlight it becomes “bleached”, which means that its latent signal, or stored
ionized energy which is gained from radiation emitted from radioisotopes within the mineral grain, from its immediate surroundings, and from cosmic rays is set to zero, or lost. When a grain becomes buried, the latent signal begins to build up again through its exposure to a weak flux of ionizing radiation provided by Thorium, Uranium, and Potassium-40 predominantly from radiometric decay of unstable isotopes in feldspar in the surrounding sediments. Of the five samples sent in to be dated, only three had calculable ages, 07-MT-6, 07-MT- 8, and 07-MT-7. These ages were found to be 40,0903000, 74,0205650, and 137,50010,880 respectively. Ages for the other two
samples were considered incalculable because the equivalent dose was too low. XRD analyses show that the fine material in the samples is quartz. The texture of the hand samples leads us to call the fines a quartz silt. This silt could have filled in around the larger quartz sand and gravel grains through the extensive weathering, which could have broken down the larger grains and transported the tiny fragments away from their parent grains. 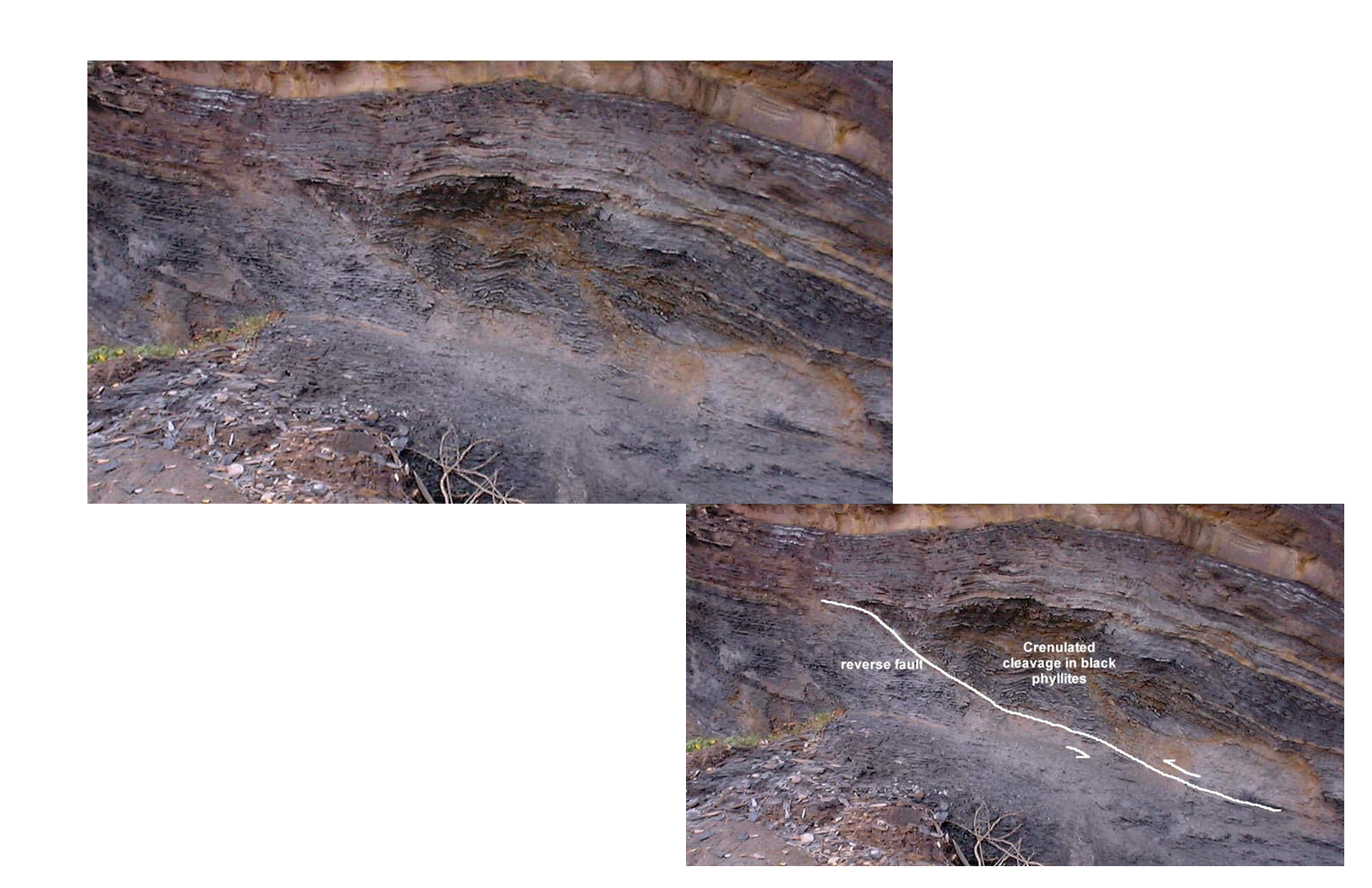 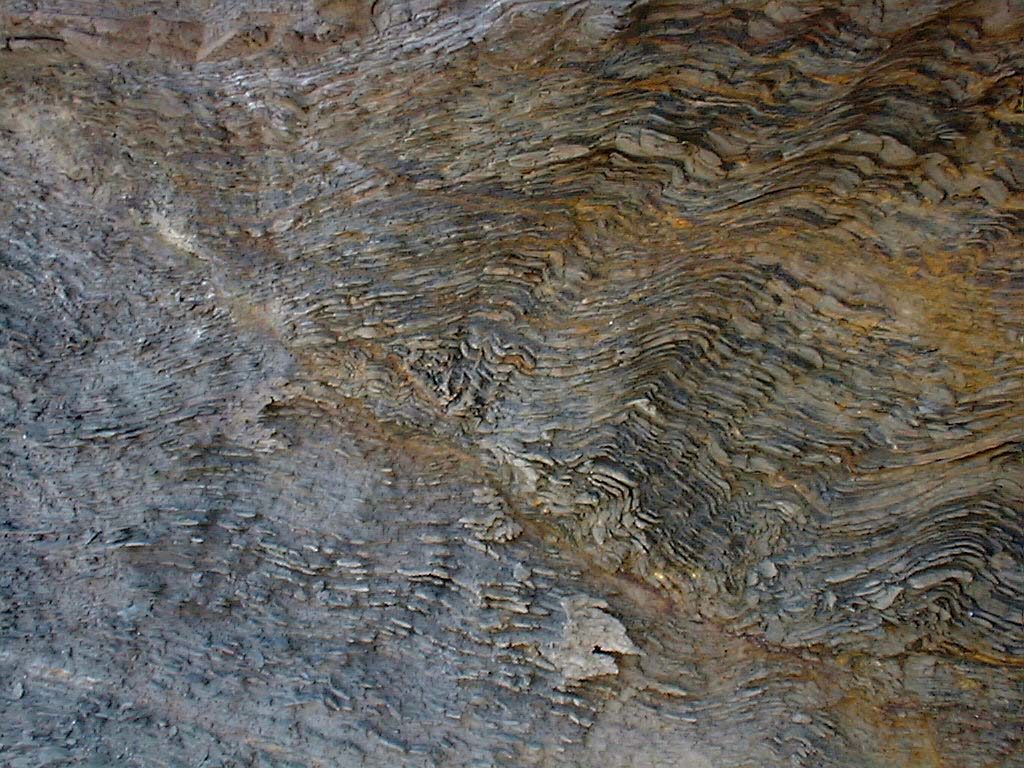 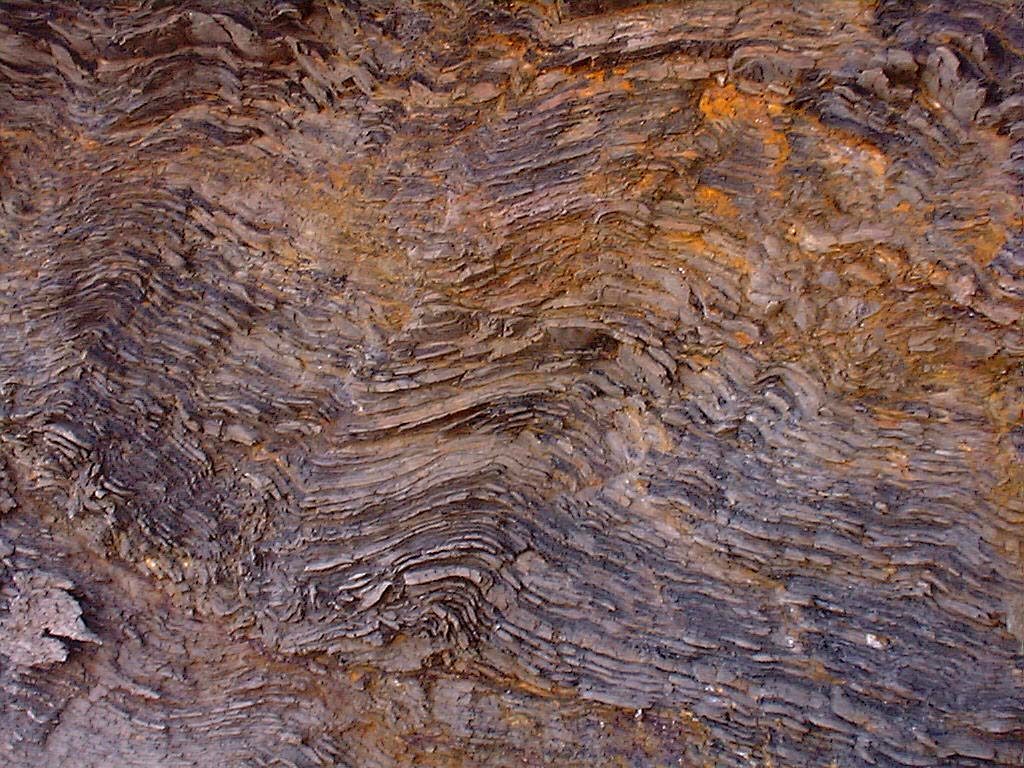 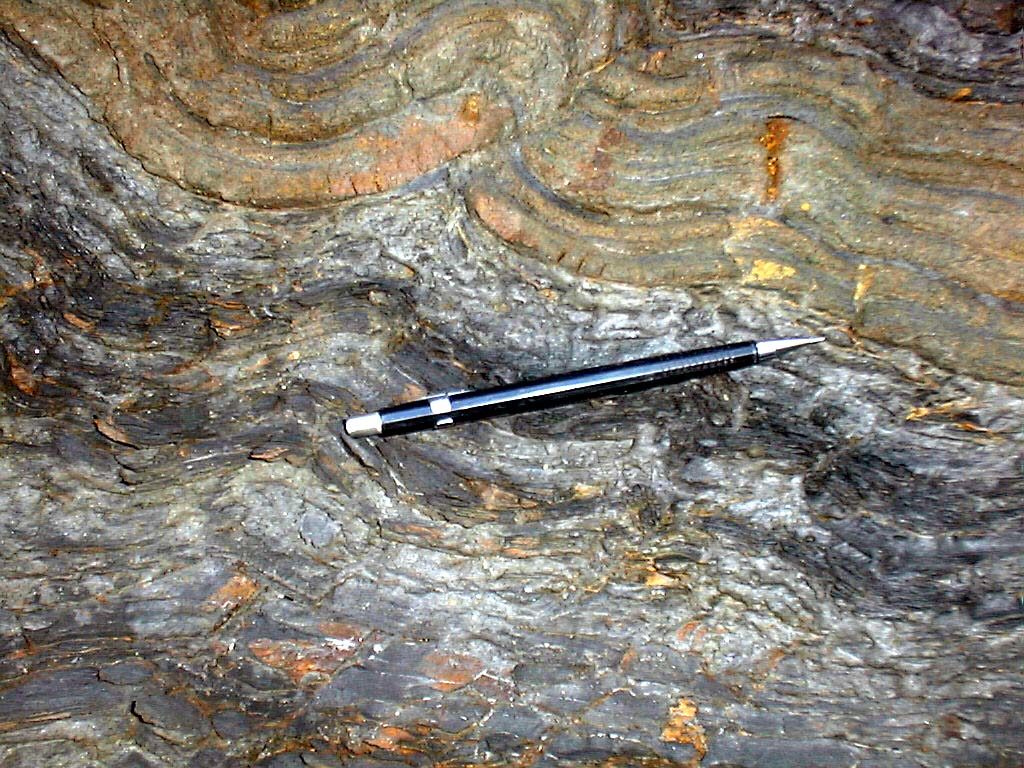 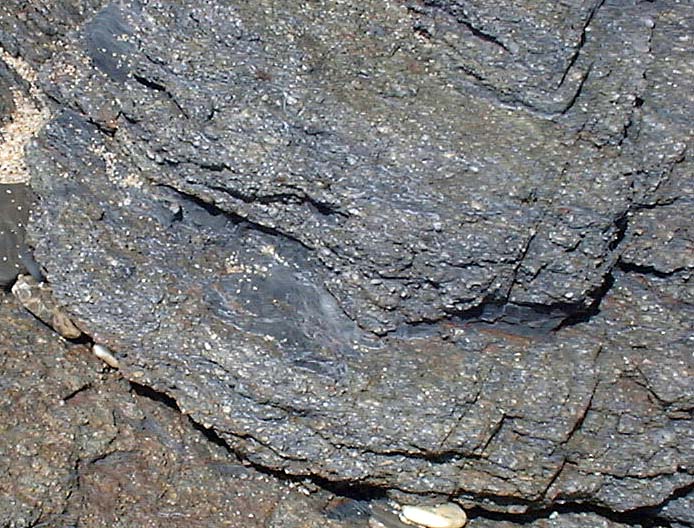 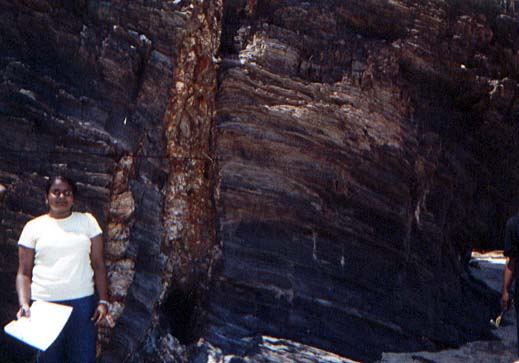 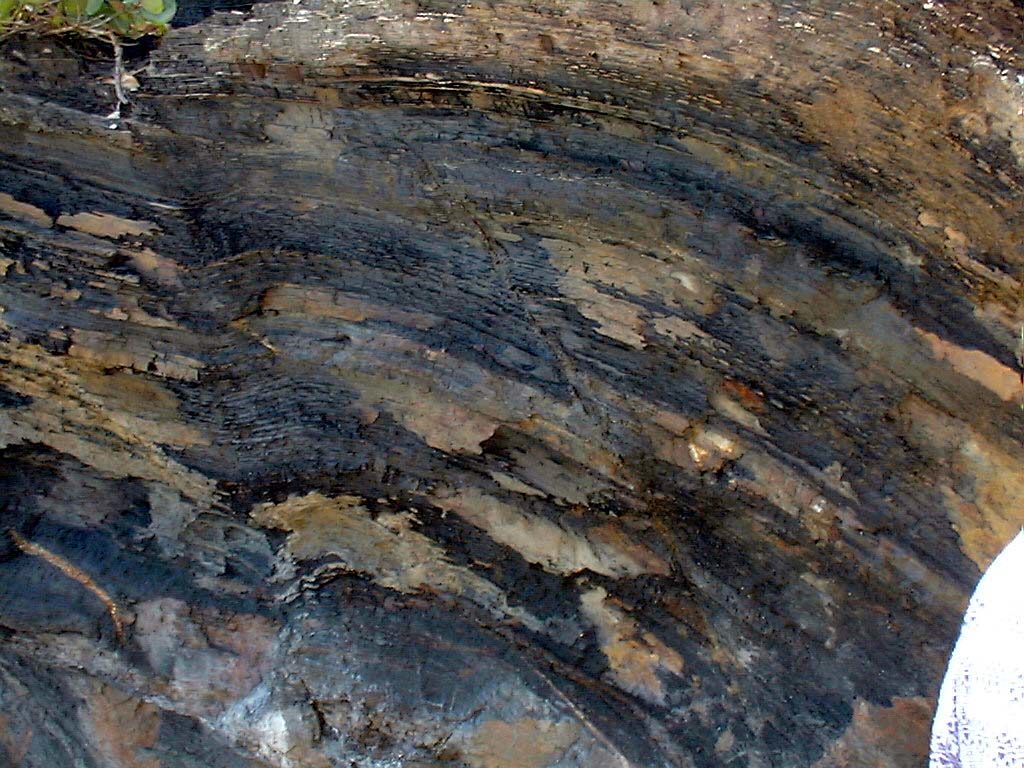 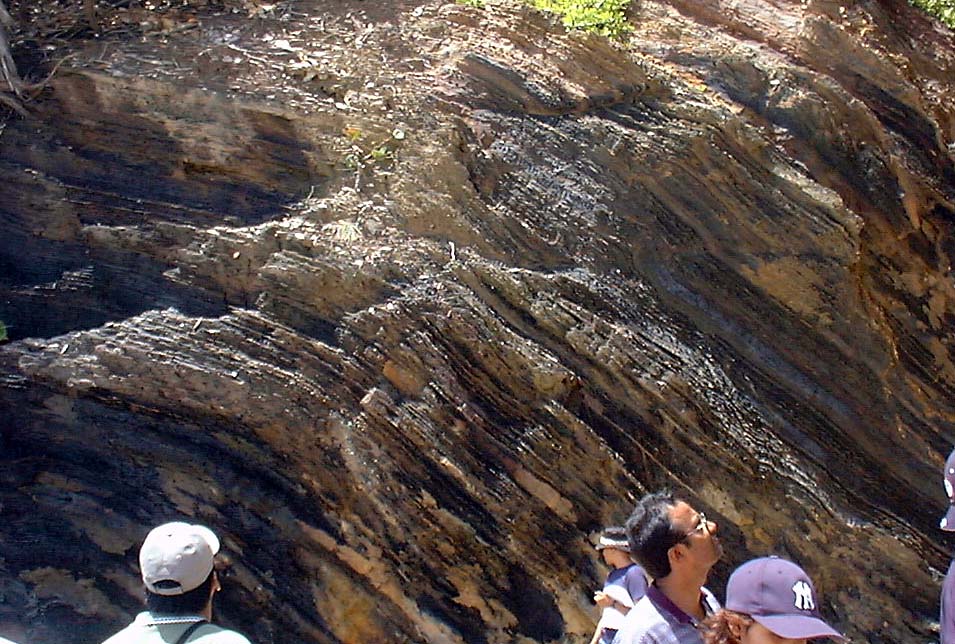 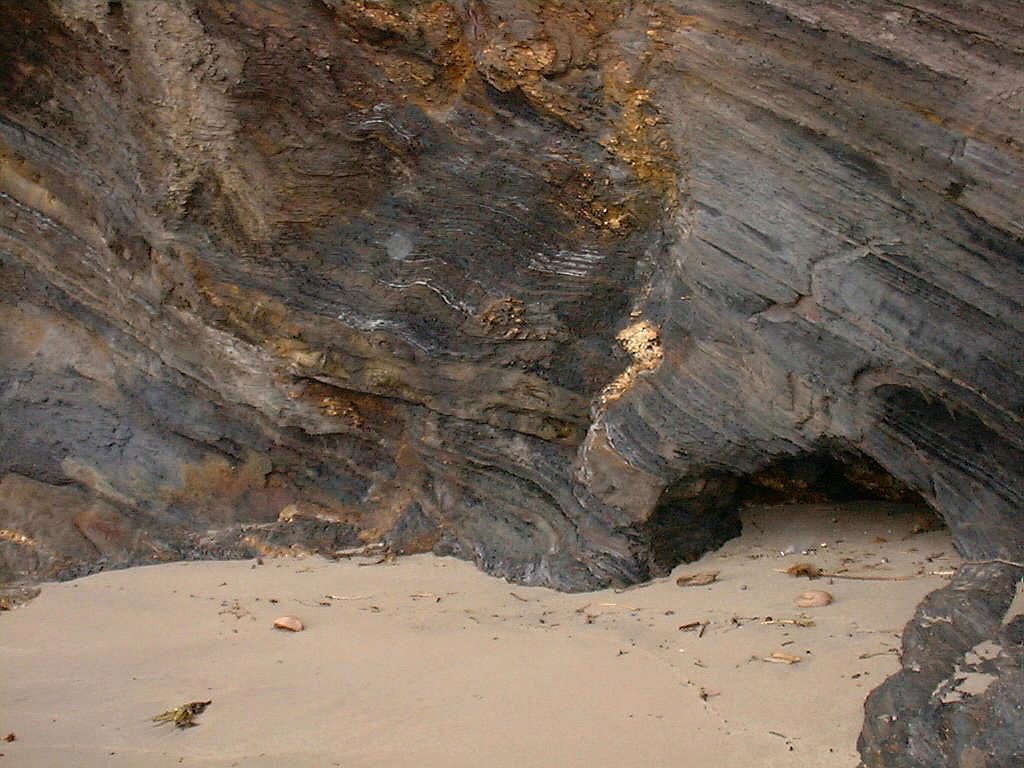 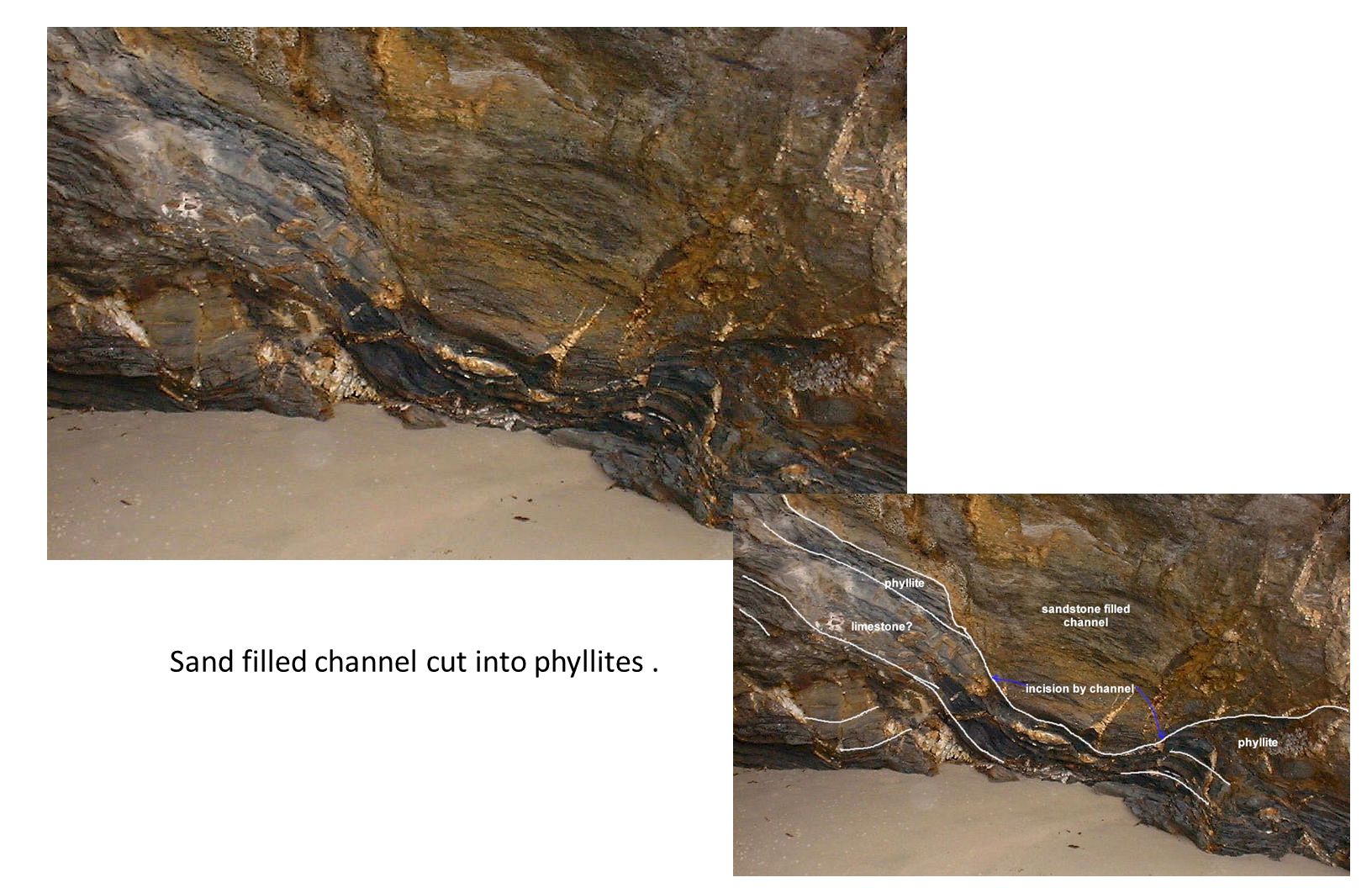 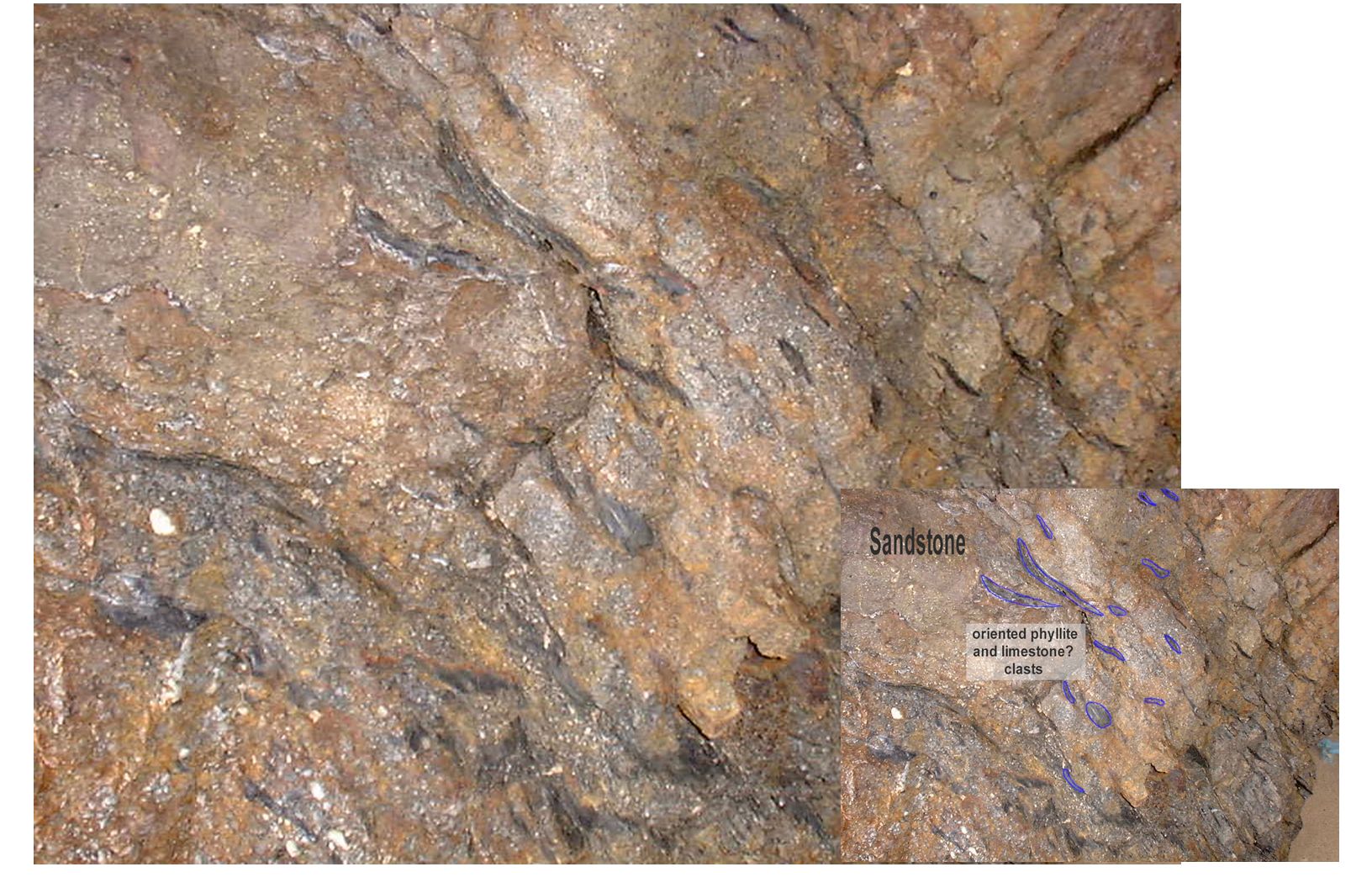 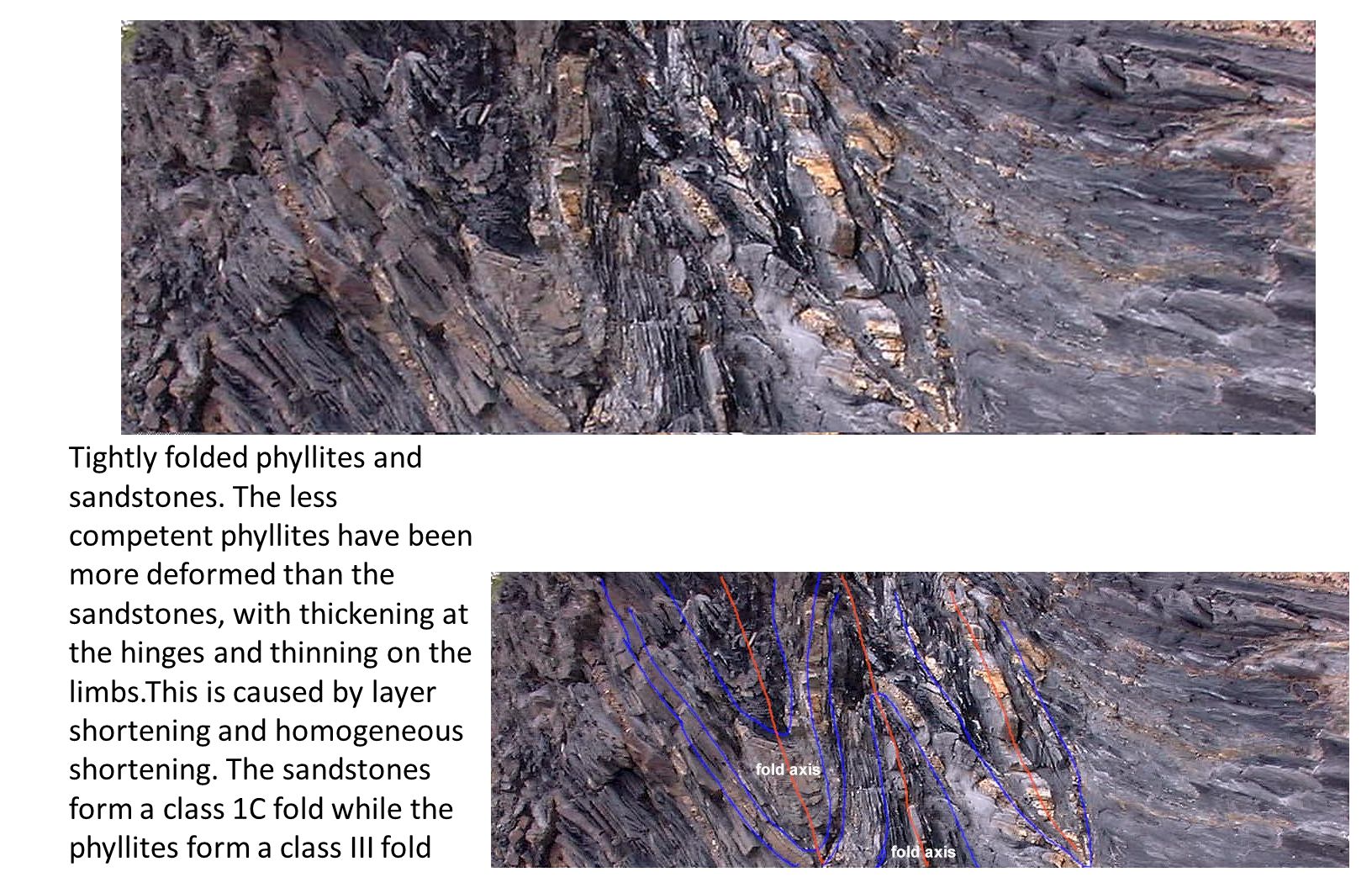 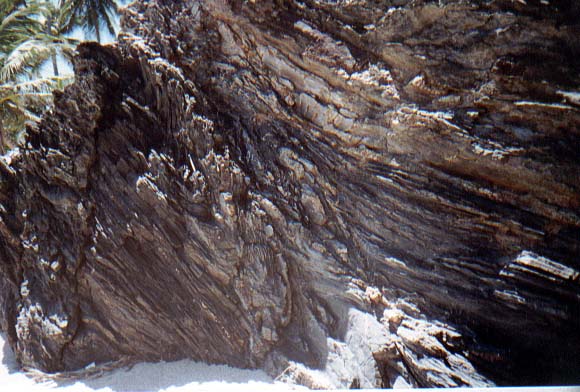 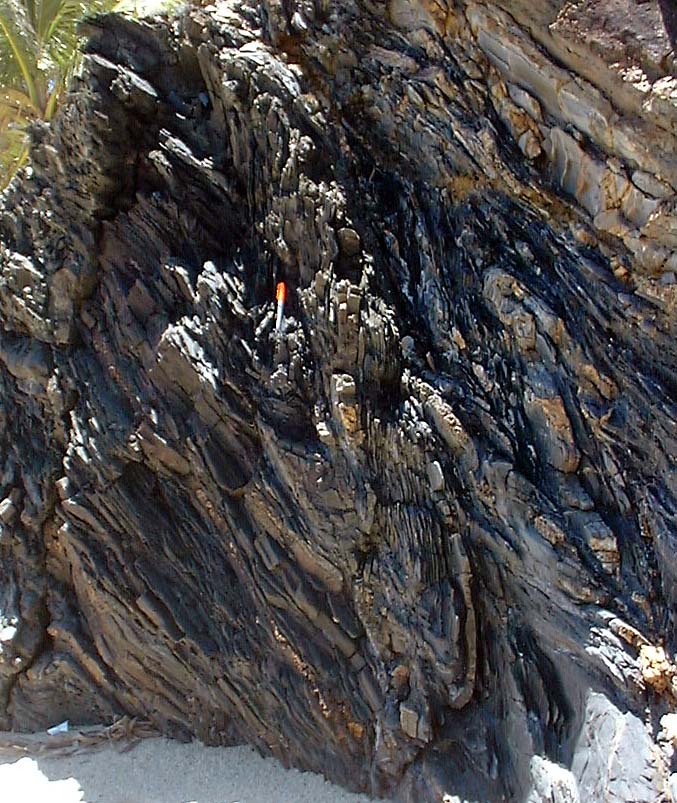