Cone in Cone structures in the Cruse Formation of Trinidad

They are most common in shales and marl limestones (Boggs 1995). In Trinidad it occurs only within the Cruse Formation near the mud volcanoes on the south coast, as at Anglais Point. In some cases these layers appear to have been deposited within a sand shale sequence.
The structure takes its name from its appearance as upright circular cones superimposed into one another so that their edges are ridged and grooved. Their appearance is usually rough and hummocky and their formation is due to fibrous calcite crystals growing in the sediment. The fibrous nature of the calcite resembles crystal growth under stress. The growth and development of the cone-in-cone structures takes place while the sediment is still in its plastic state (Boggs 1995). The cones are usually at right angles to the sedimentary layering or bedding. The ridges on the side of the cone become less pronounced near the apex. Growth of fibrous crystals in layers results in vertical pressures in the rock causing small breakages. As pressure continues, the breakages overlap causing the stepped-cone structures. The cement minerals dissolve leaving ridges along the cone surfaces. 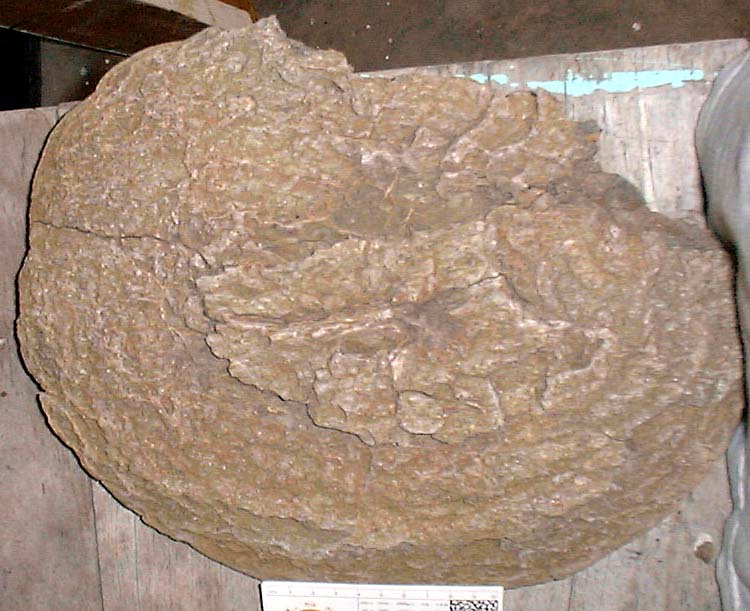 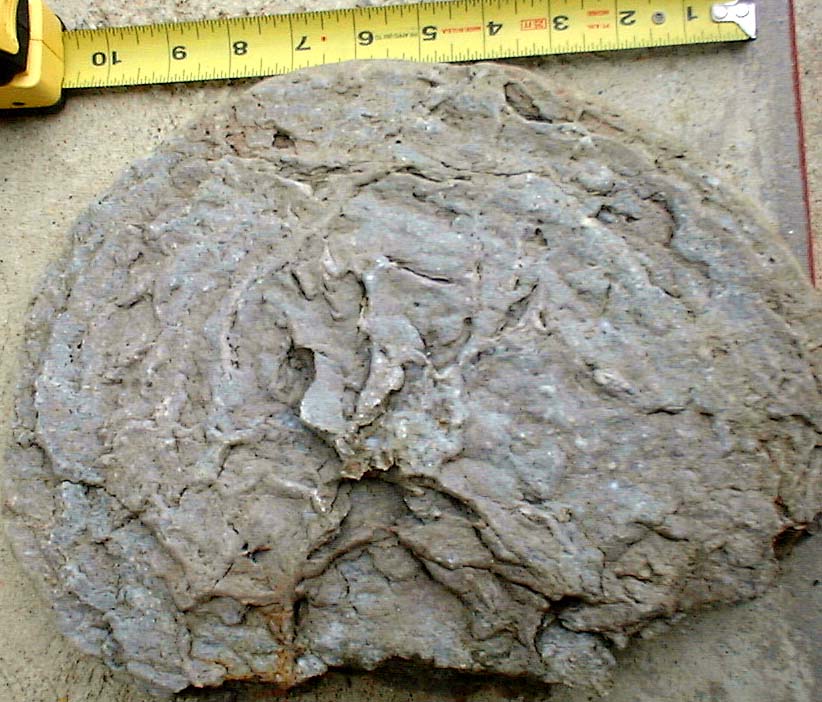 Back of Disc from Anglais Point

Cross section through disk showing the fibrous nature of the calcitic material and the cone in cone structures. 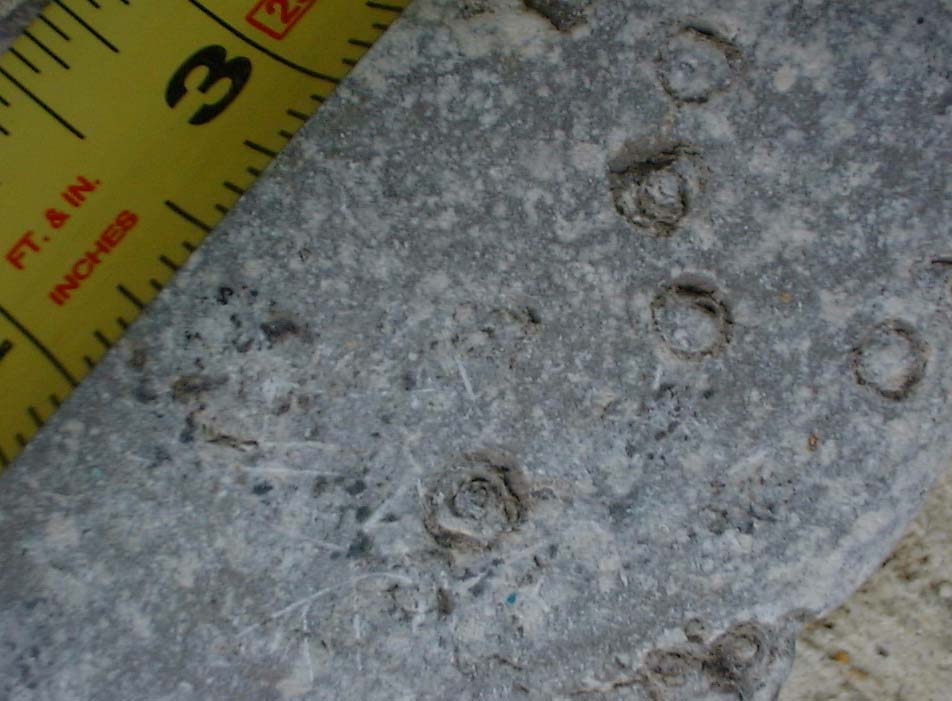 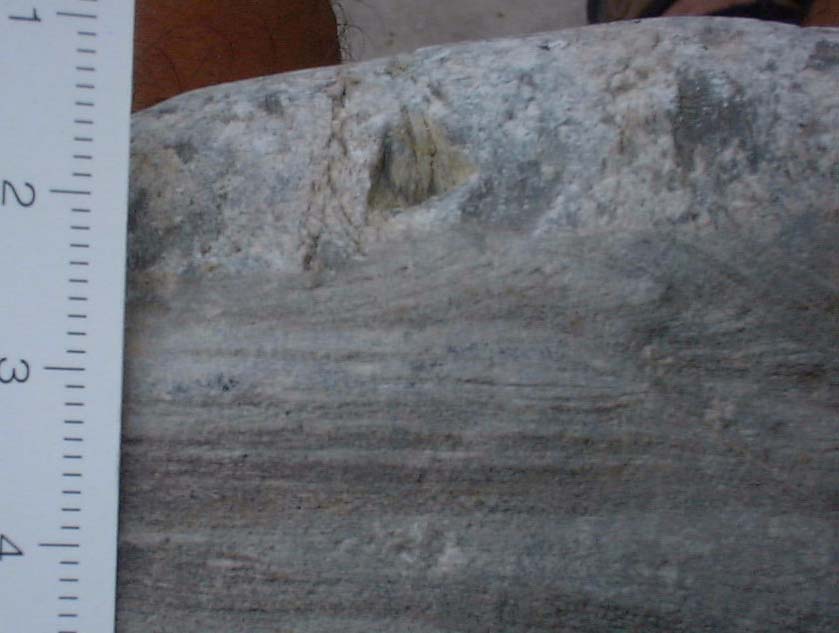 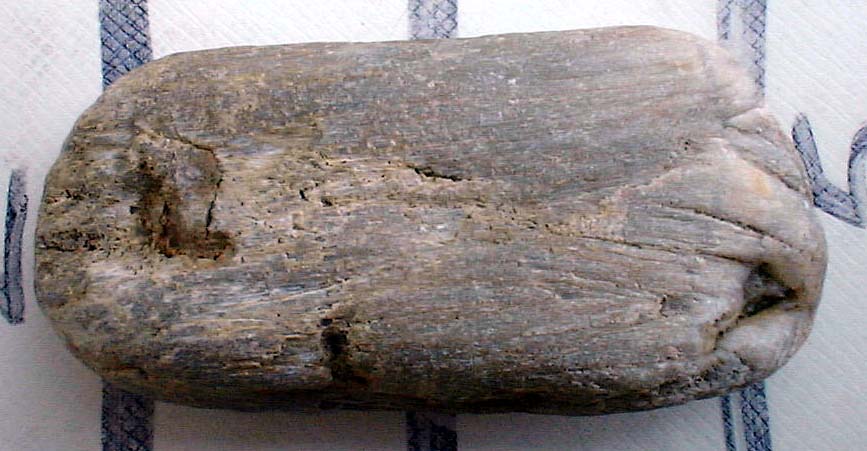 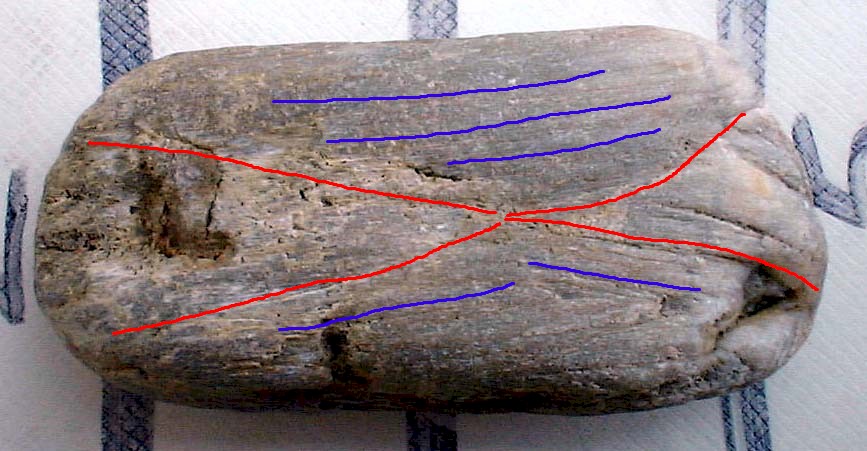 close up showing the fibrous nature of the calcite, also cones meet at their apex. 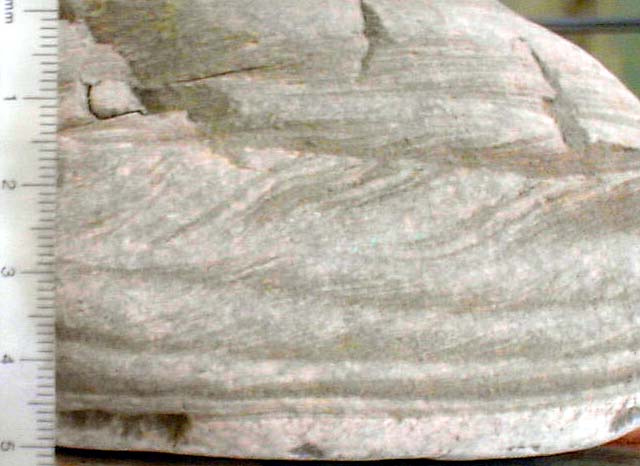 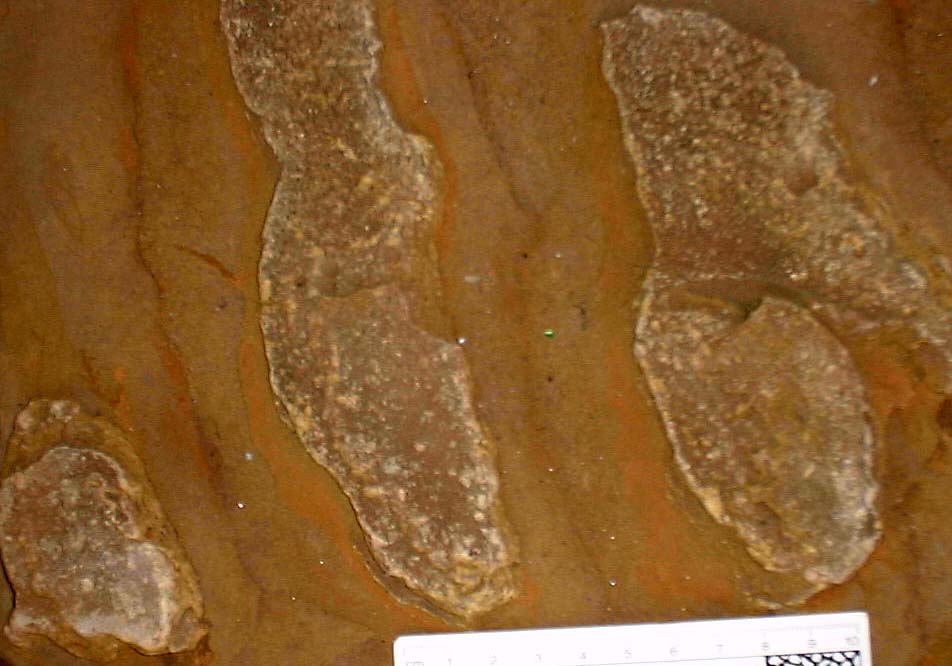 Cone in cone on rippled sandstone