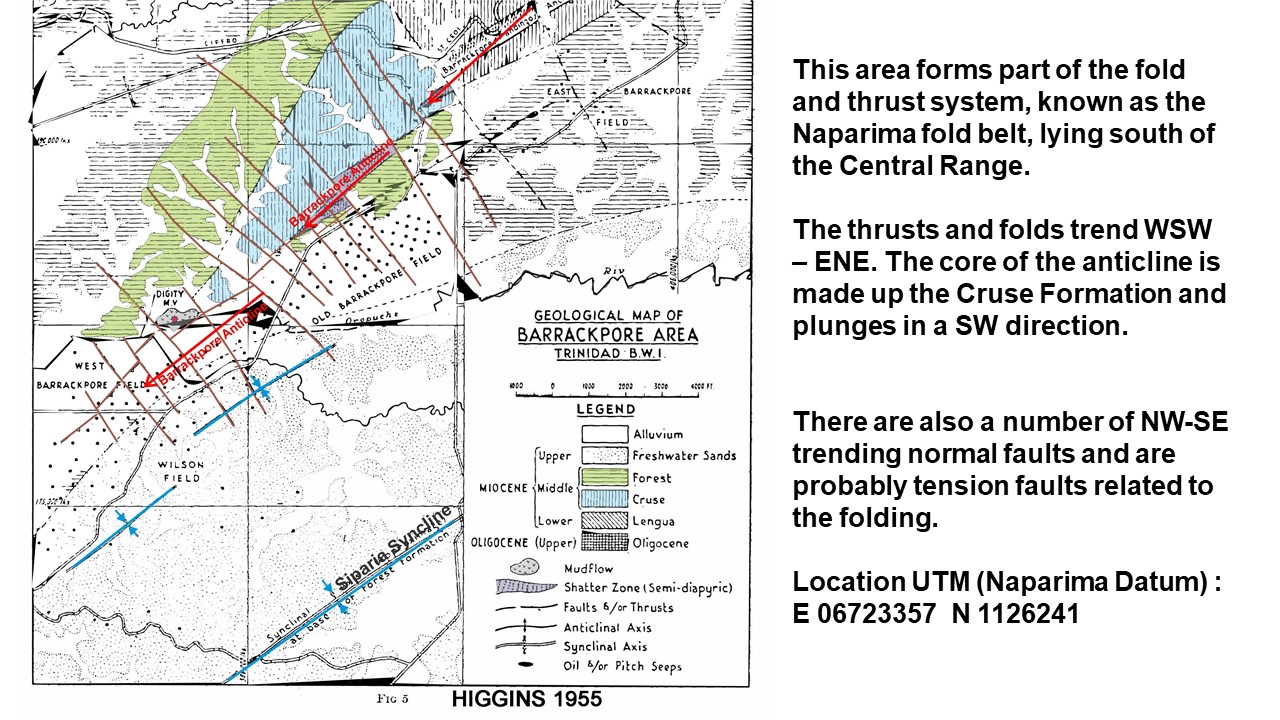 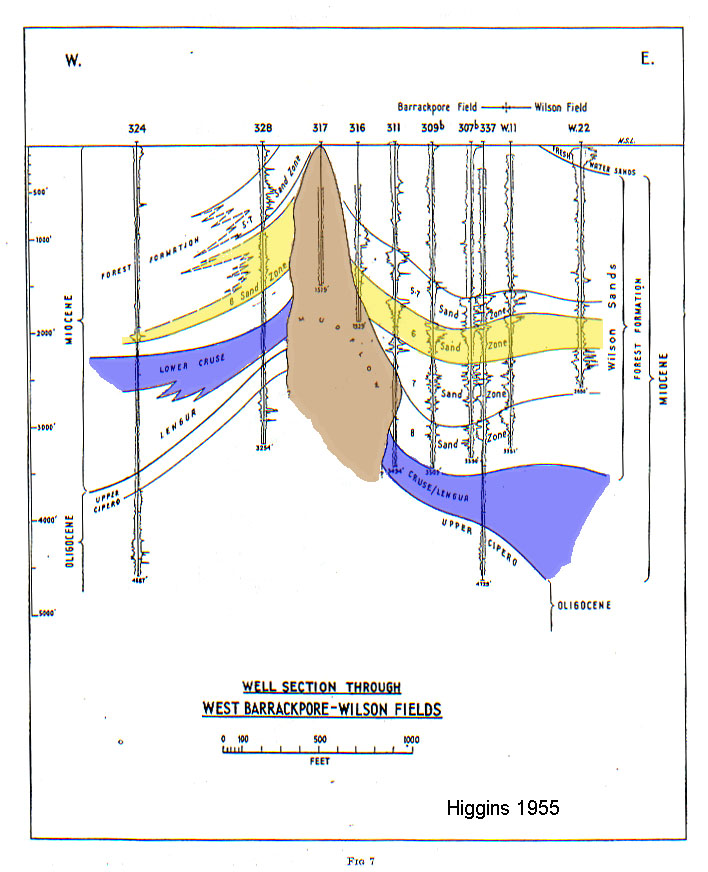 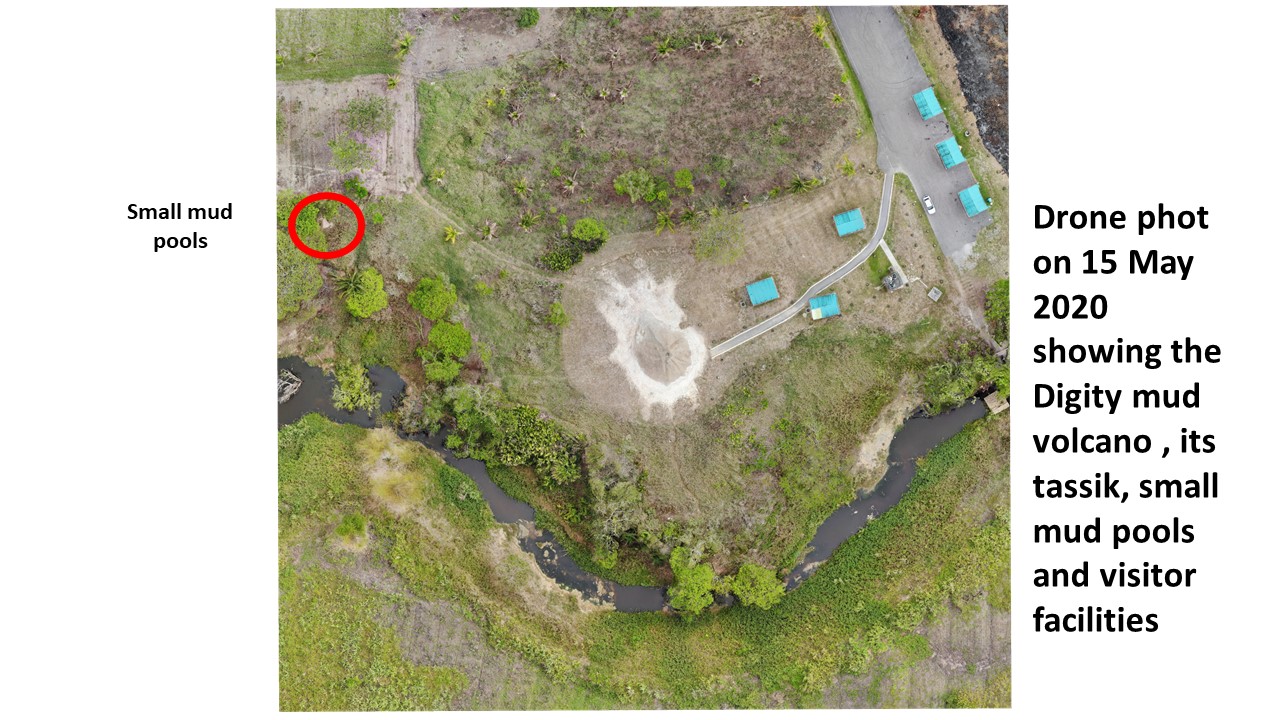 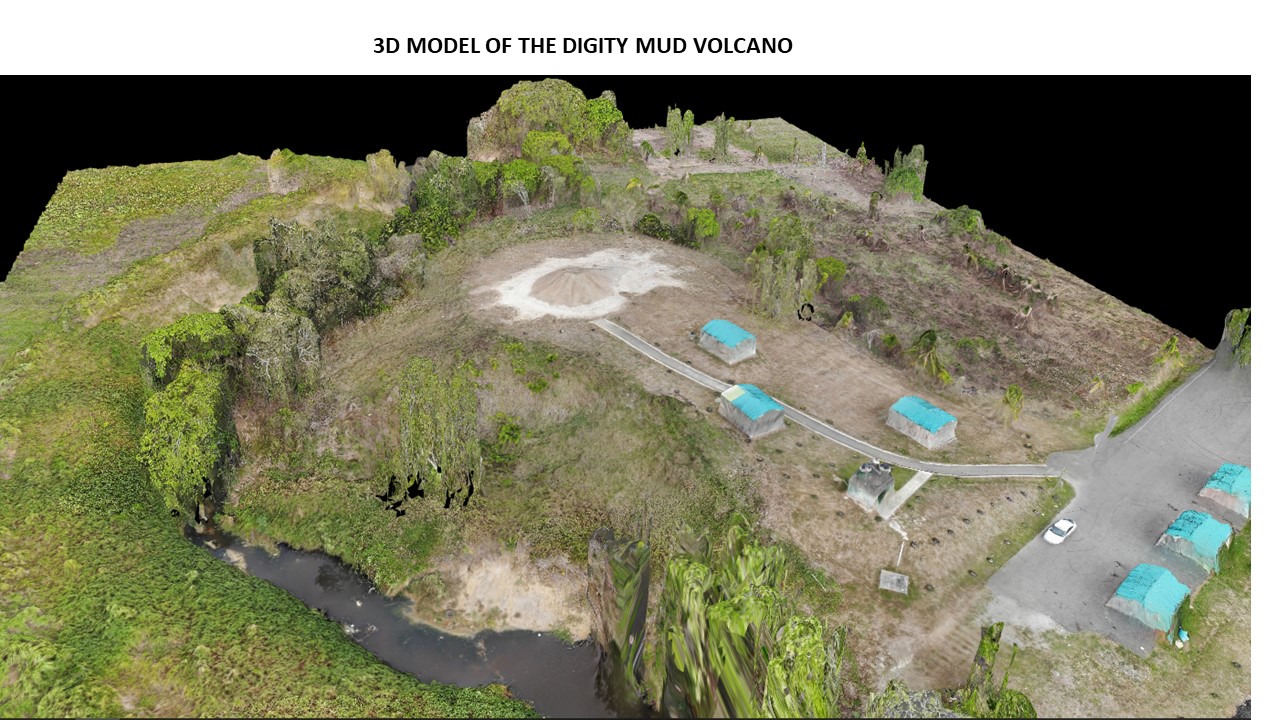 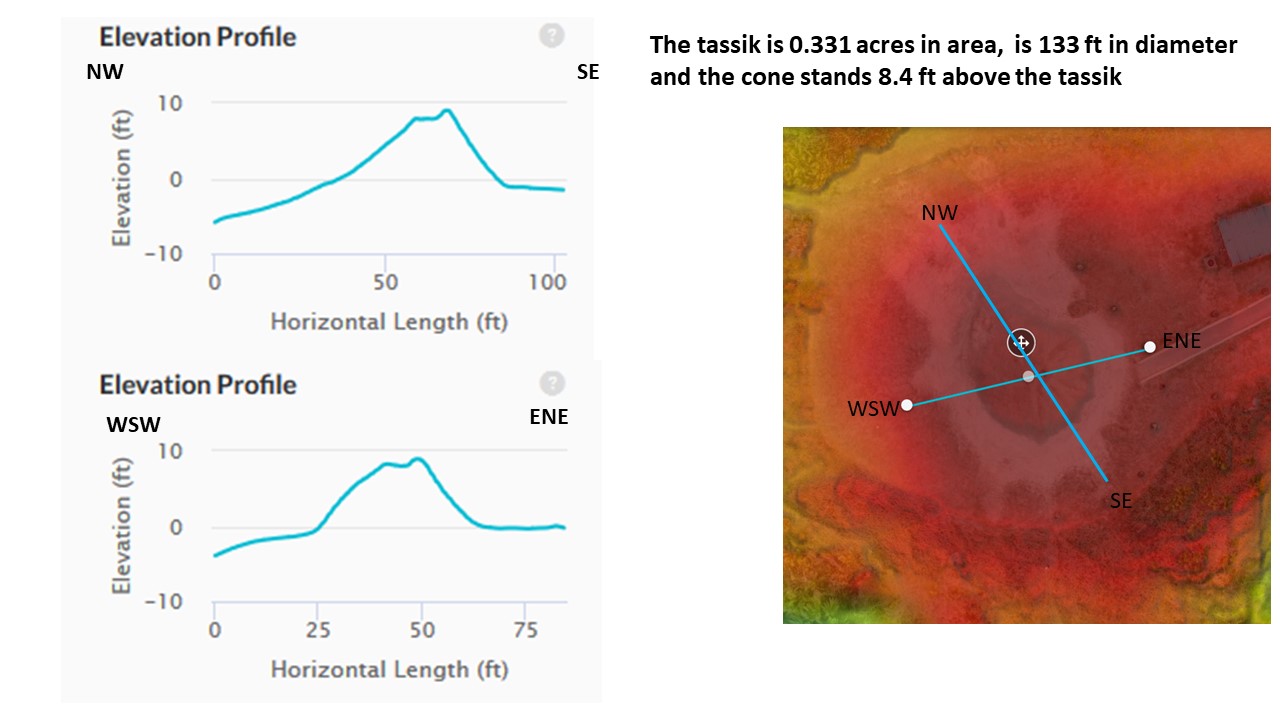 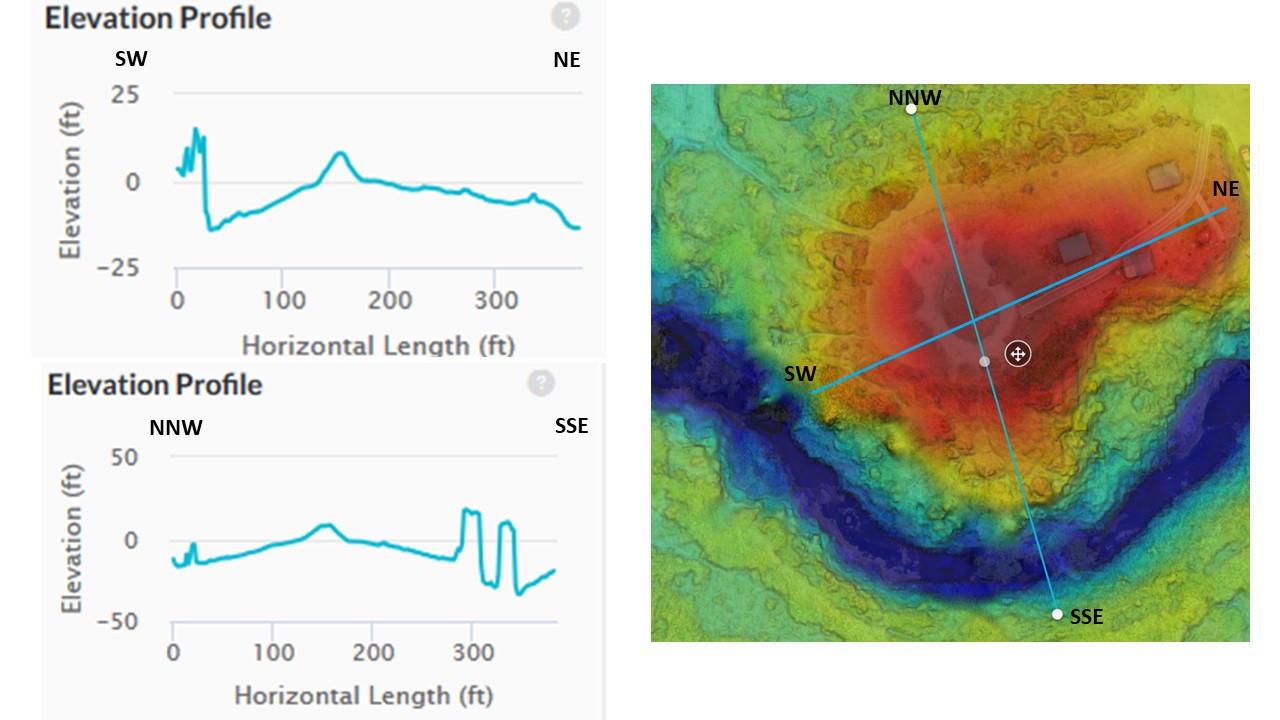 Location UTM (Naparima Datum) : E 06723357 N 1126241, 63’ msl.
Digity Mud volcano 28th Feb. 2003 The Digity Mud Volcano is located in a slight saddle separating the Penal and Barrackpore areas. The mudflow covers an area of 5 acres. The cone  is 20′ high with mud and gas being ejected very infrequently (22/2/2003) It appears also that the amount of mud being ejected is directly related to the amount of rainfall, since in the dry season little or activity is present. Meteoric water is thus important here. 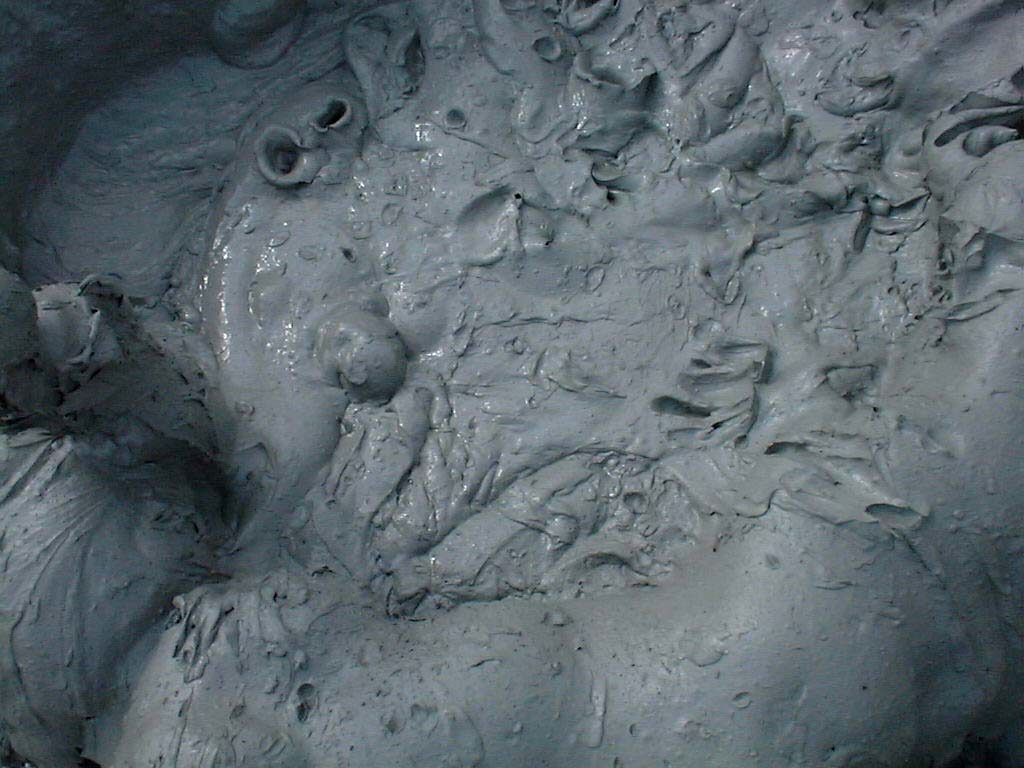 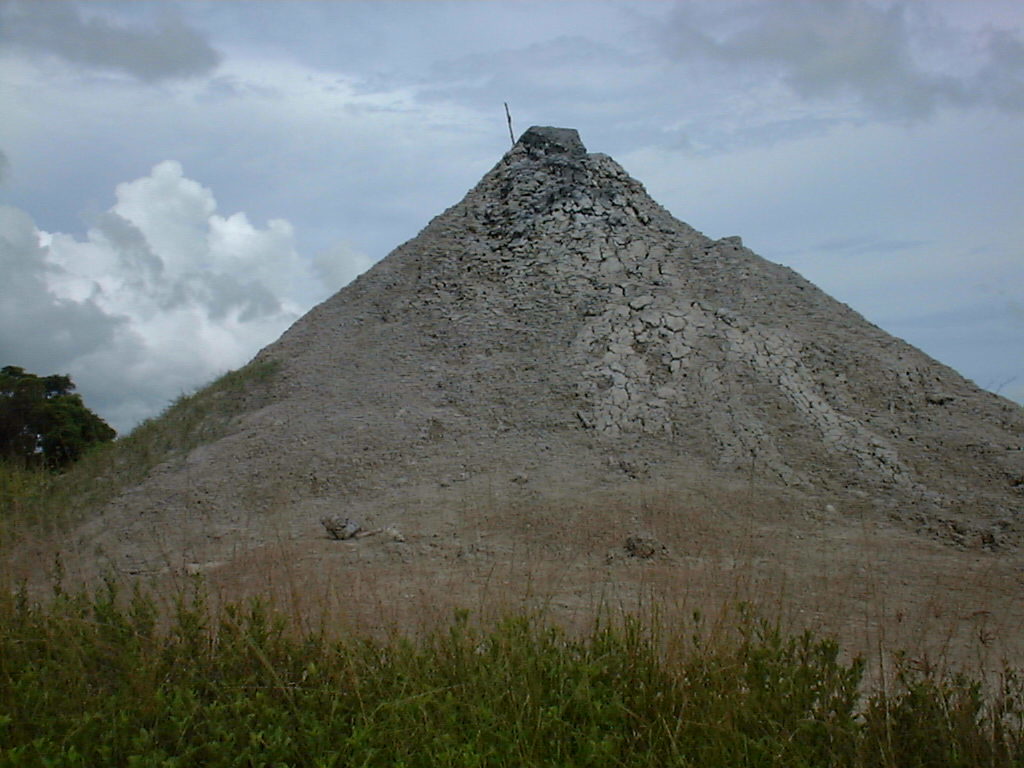 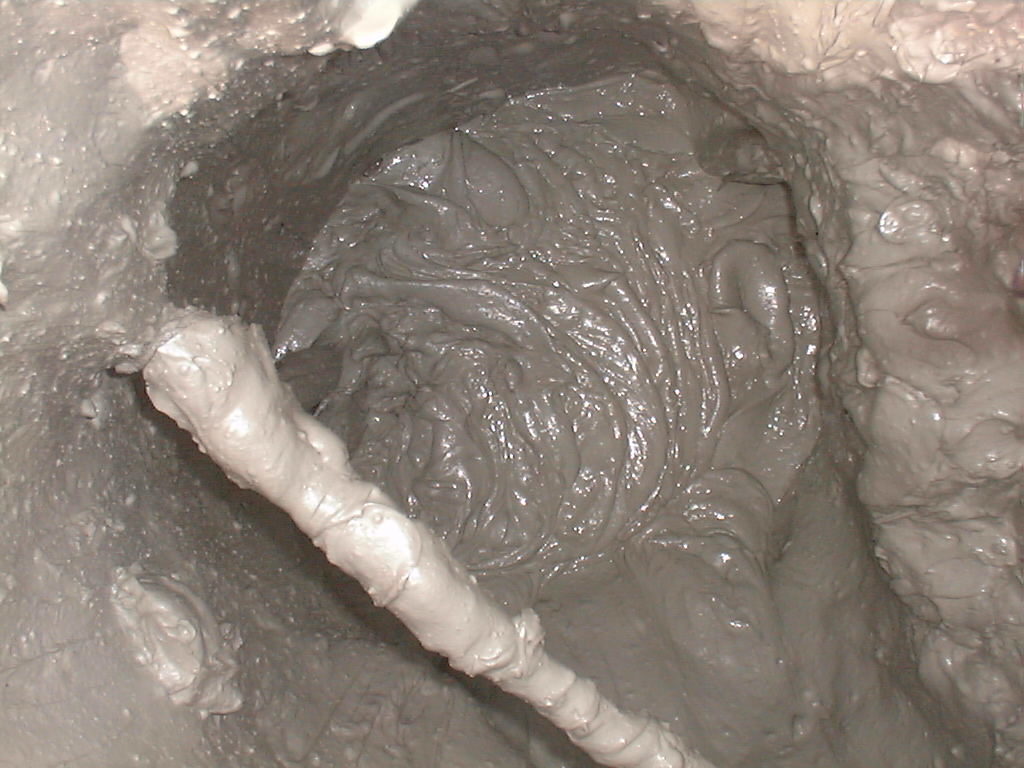 Looking into the vent 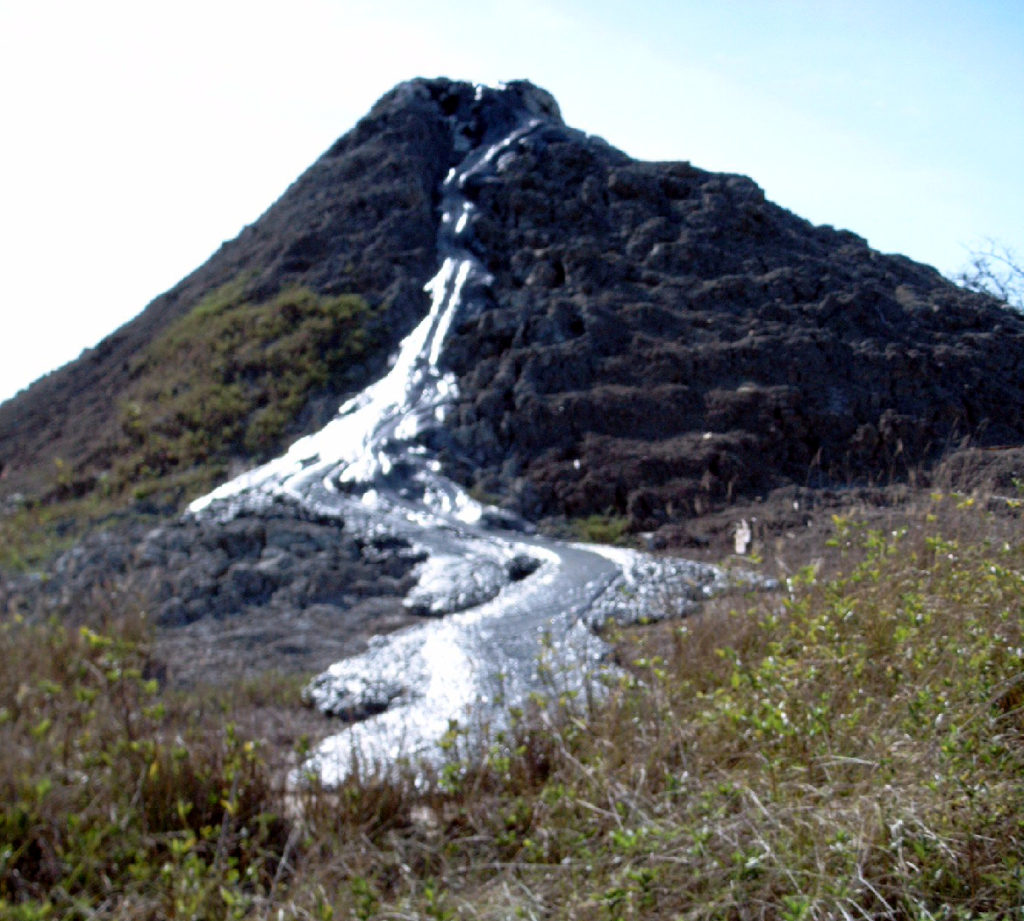 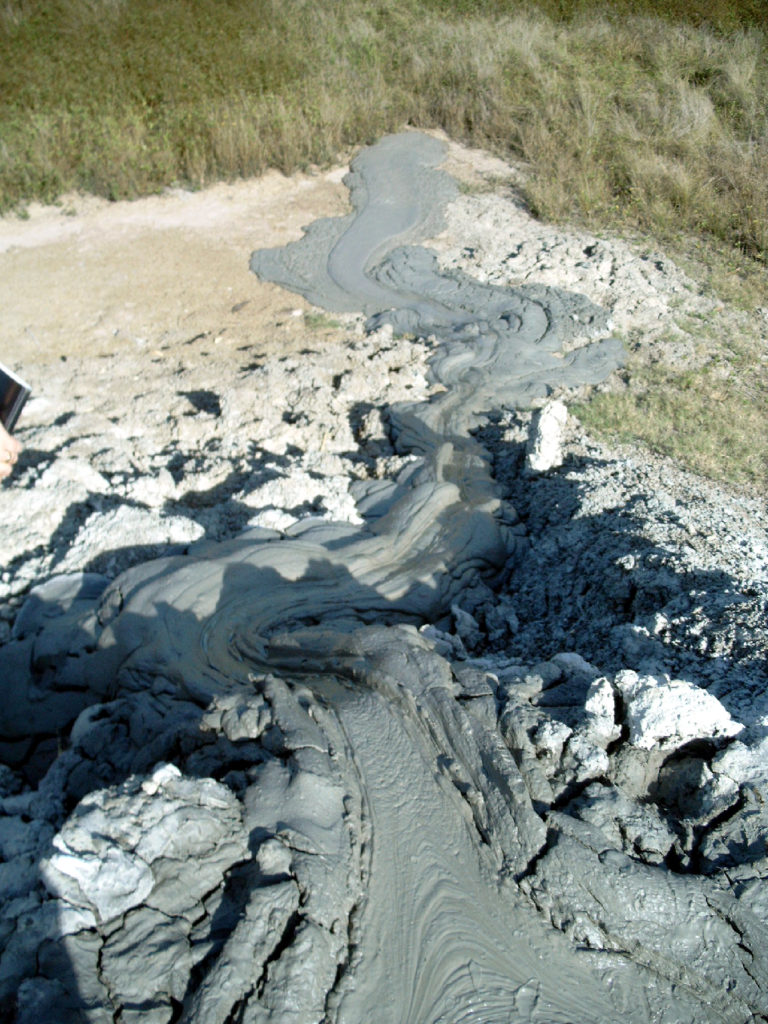 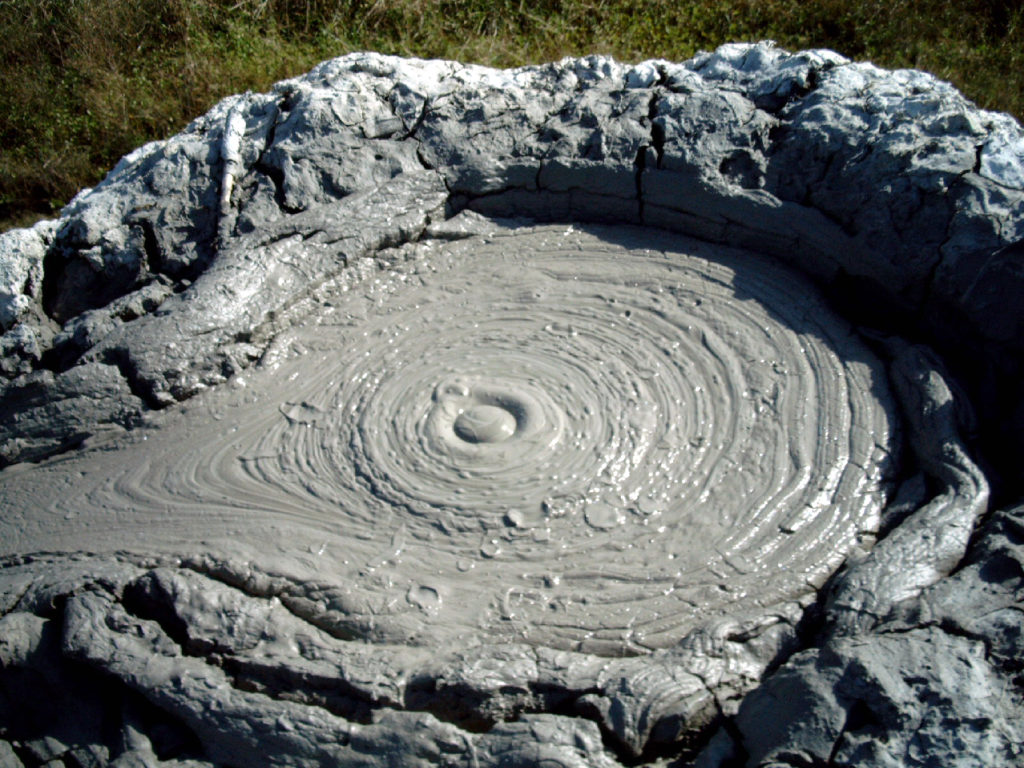 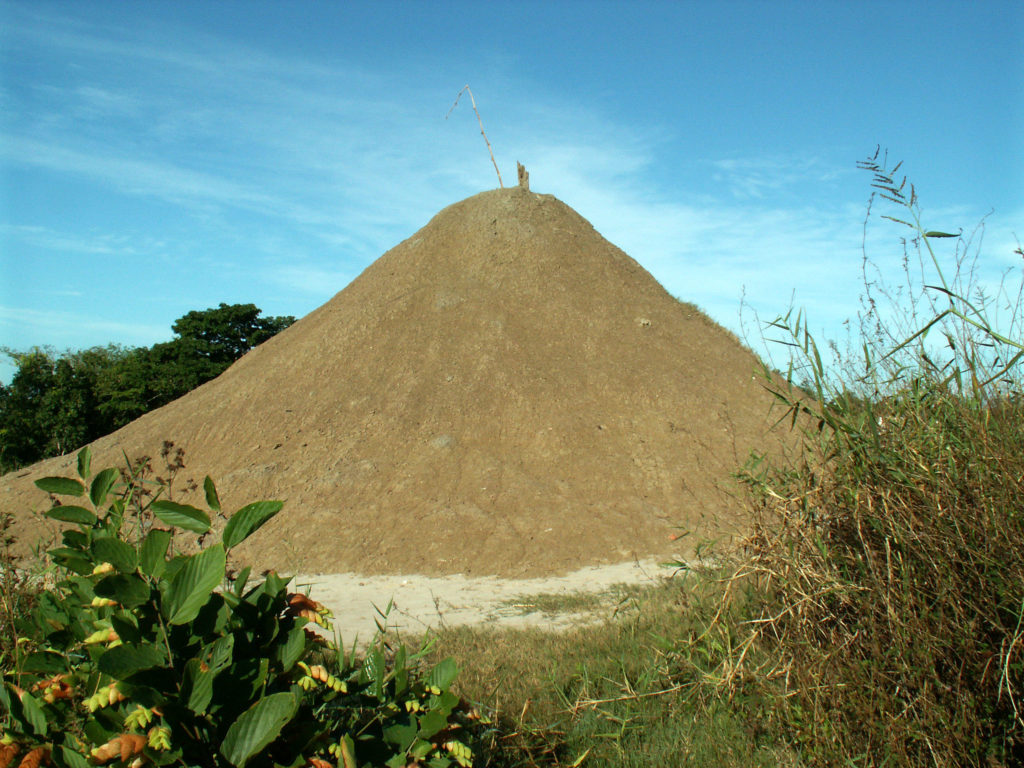 Clasts washed out of the mud flow 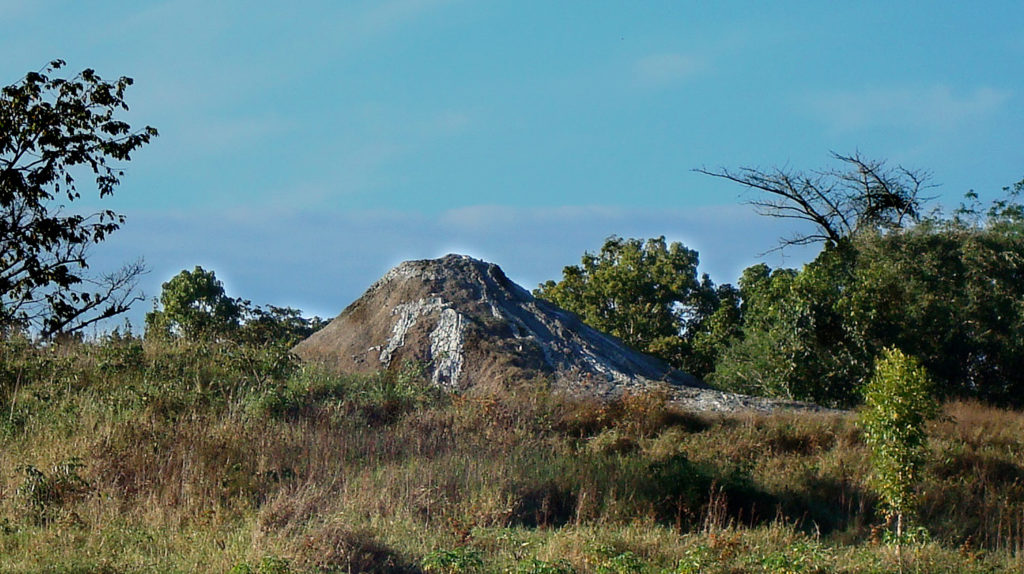 March 2008 – looking at the cone from the north 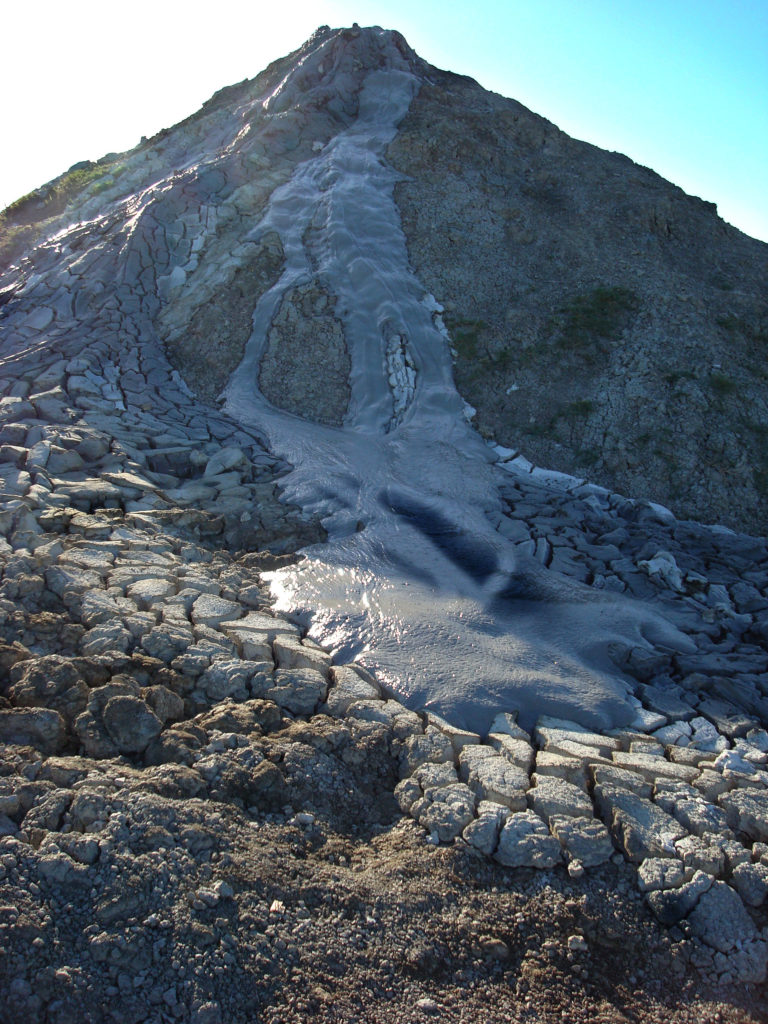 Looking at the cone from the west 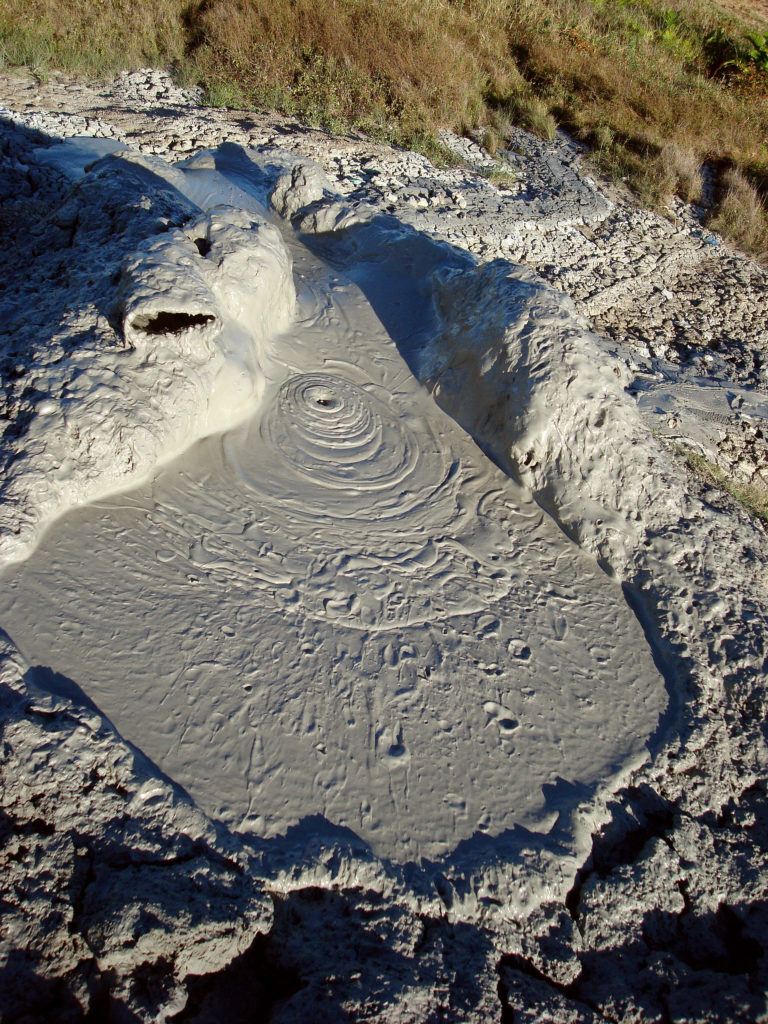 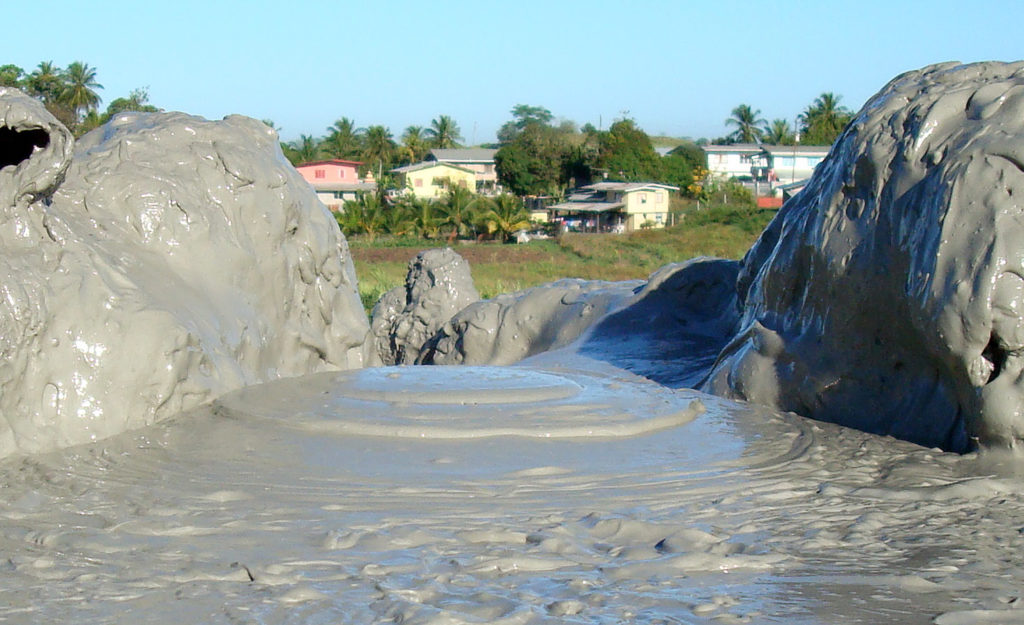 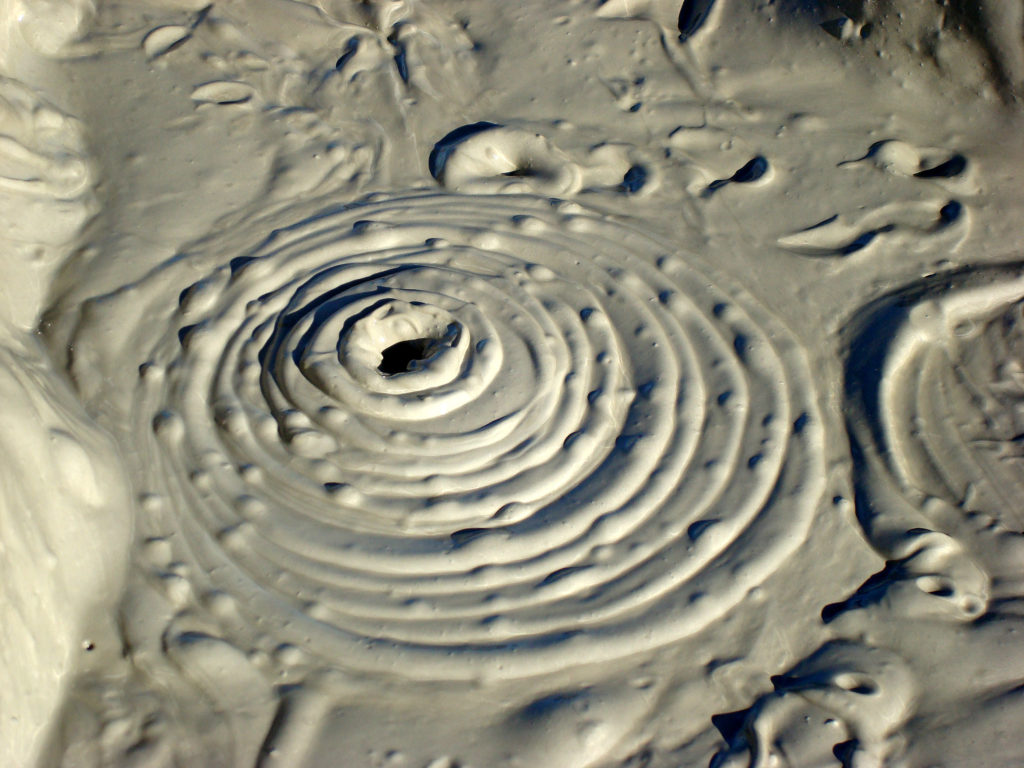 Pools to the west of Digity mud volcano 12 February 2012 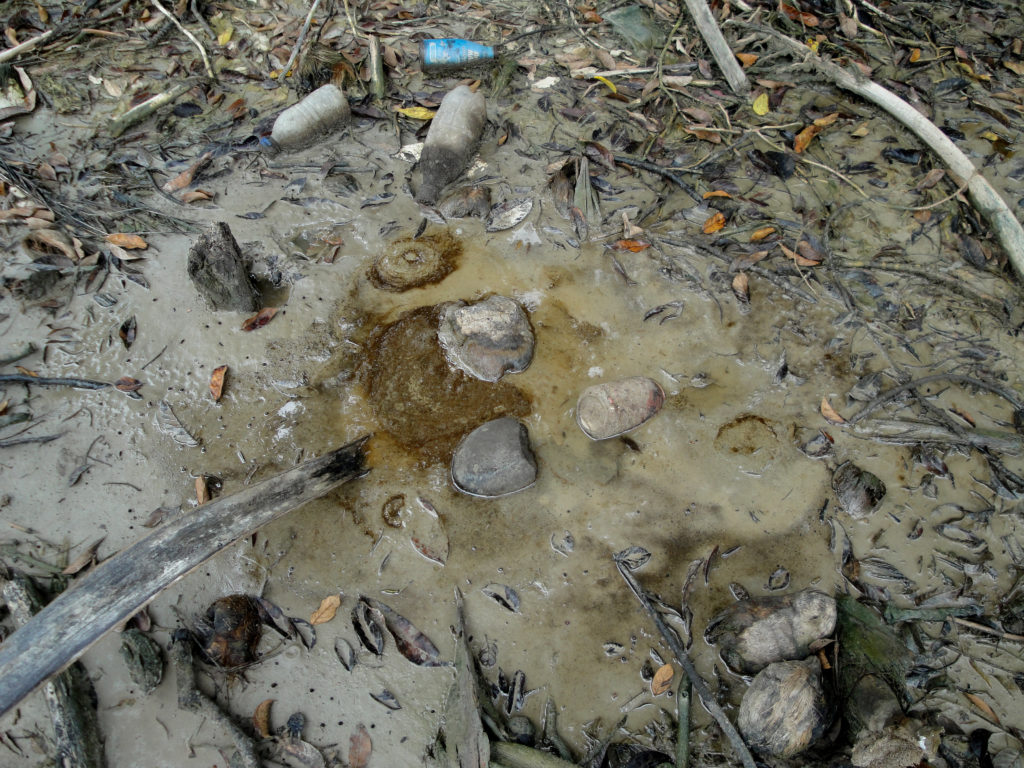 Oil floating in pool of mud and water, unfortunately persons who visit the area throw their garbage into the mud 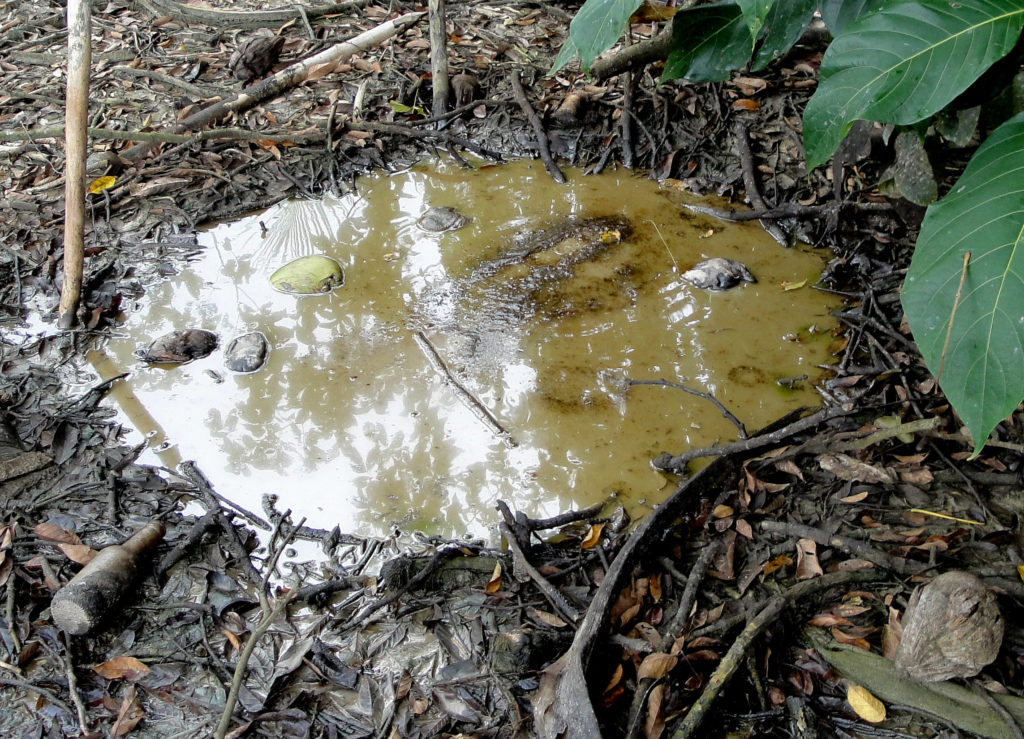 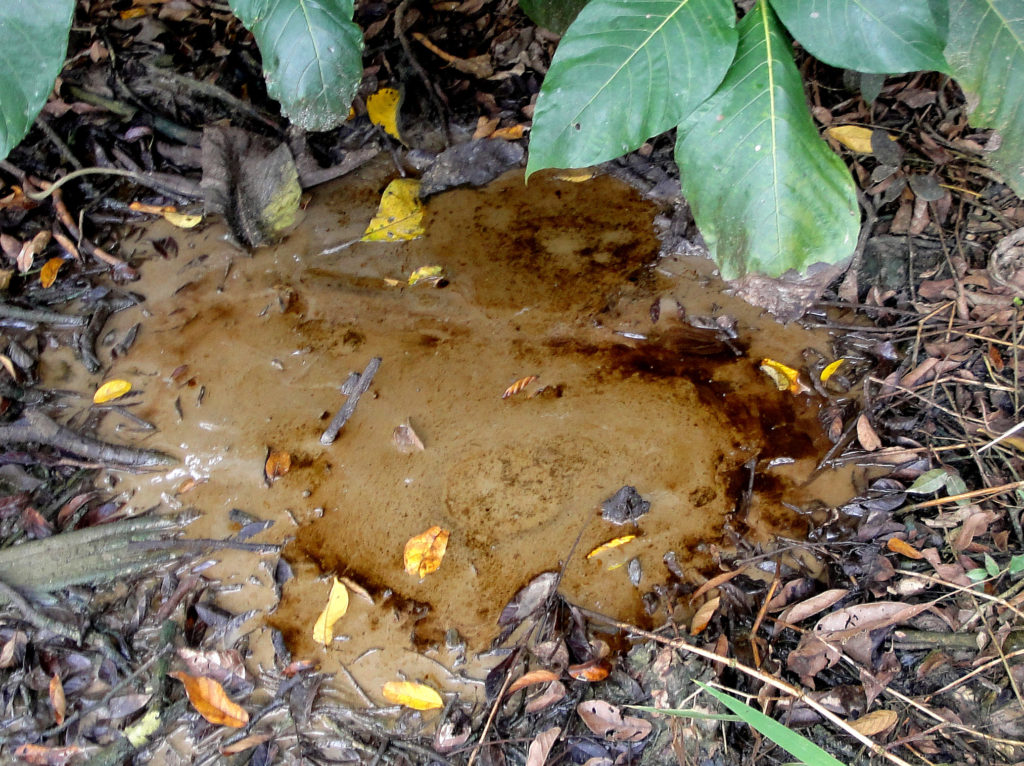 Oil floating in pool of mud and water 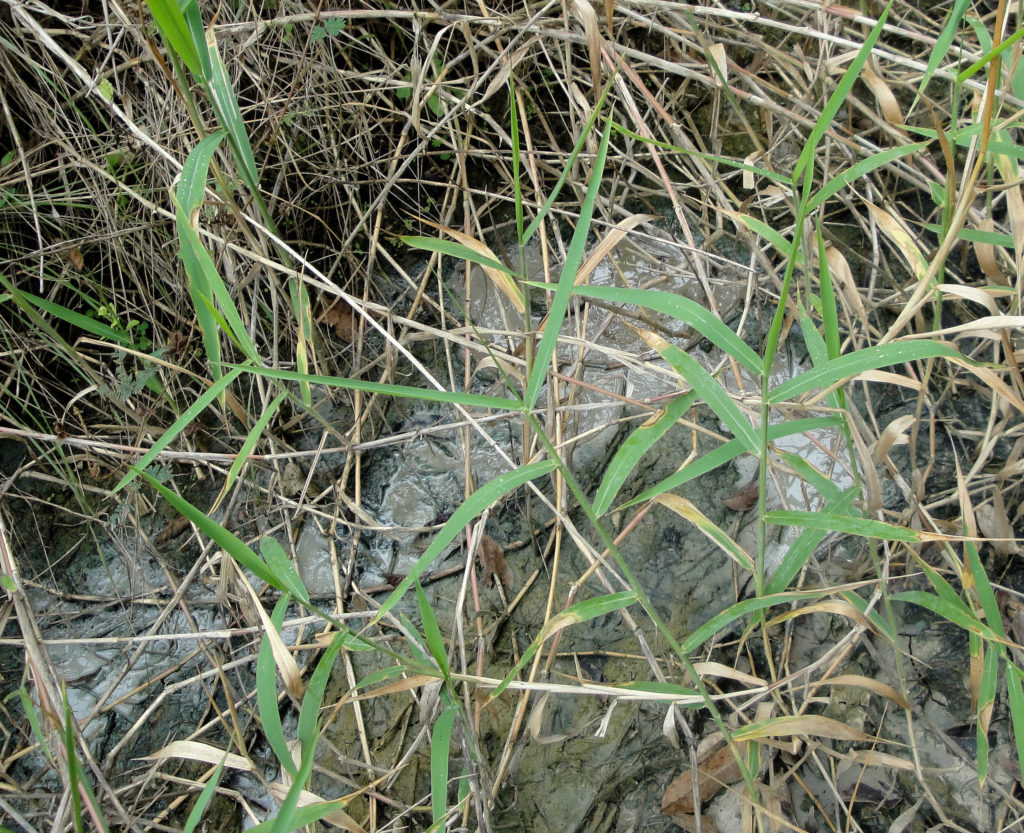 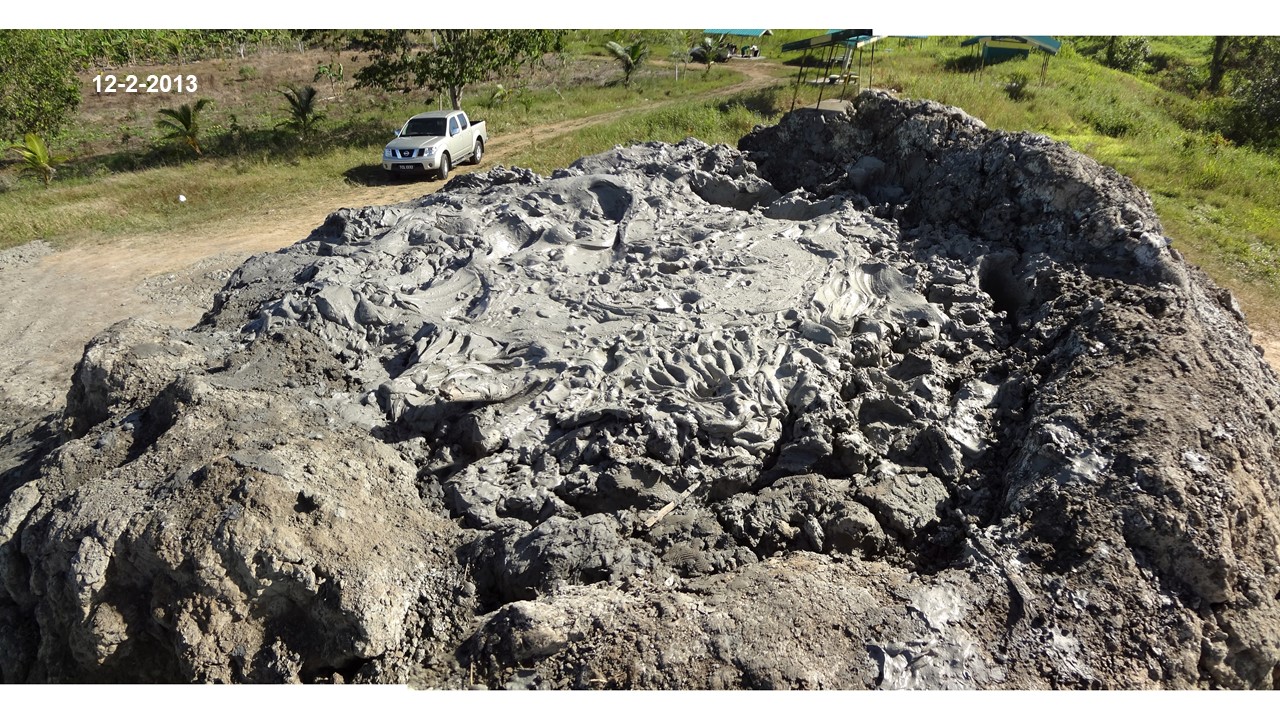 Crater at top of the cone 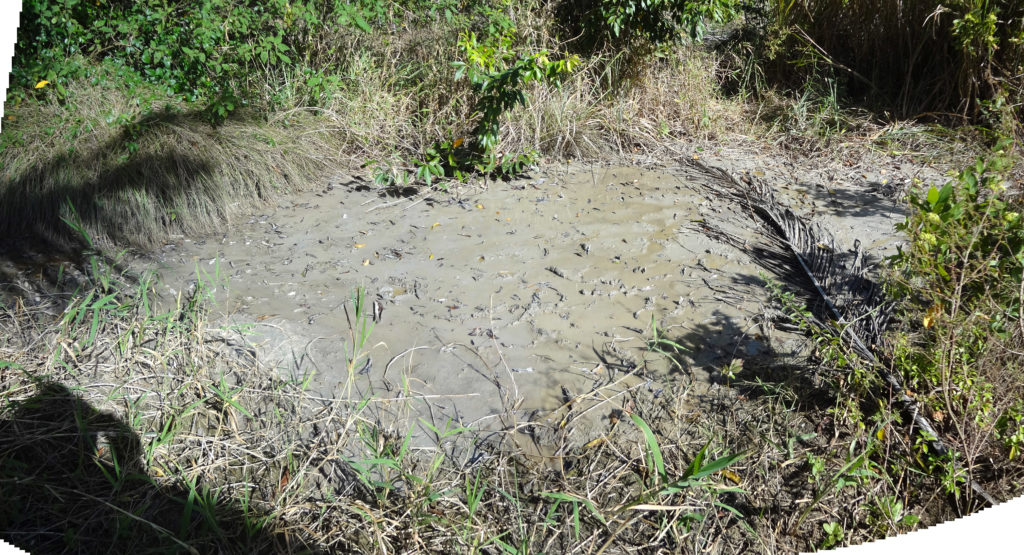 Mud pools to the west of the main cone 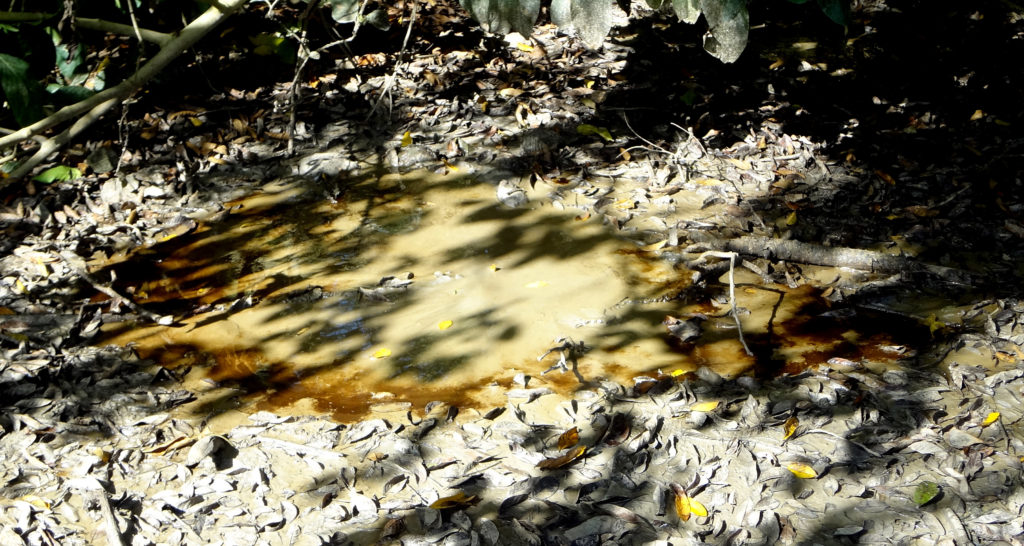 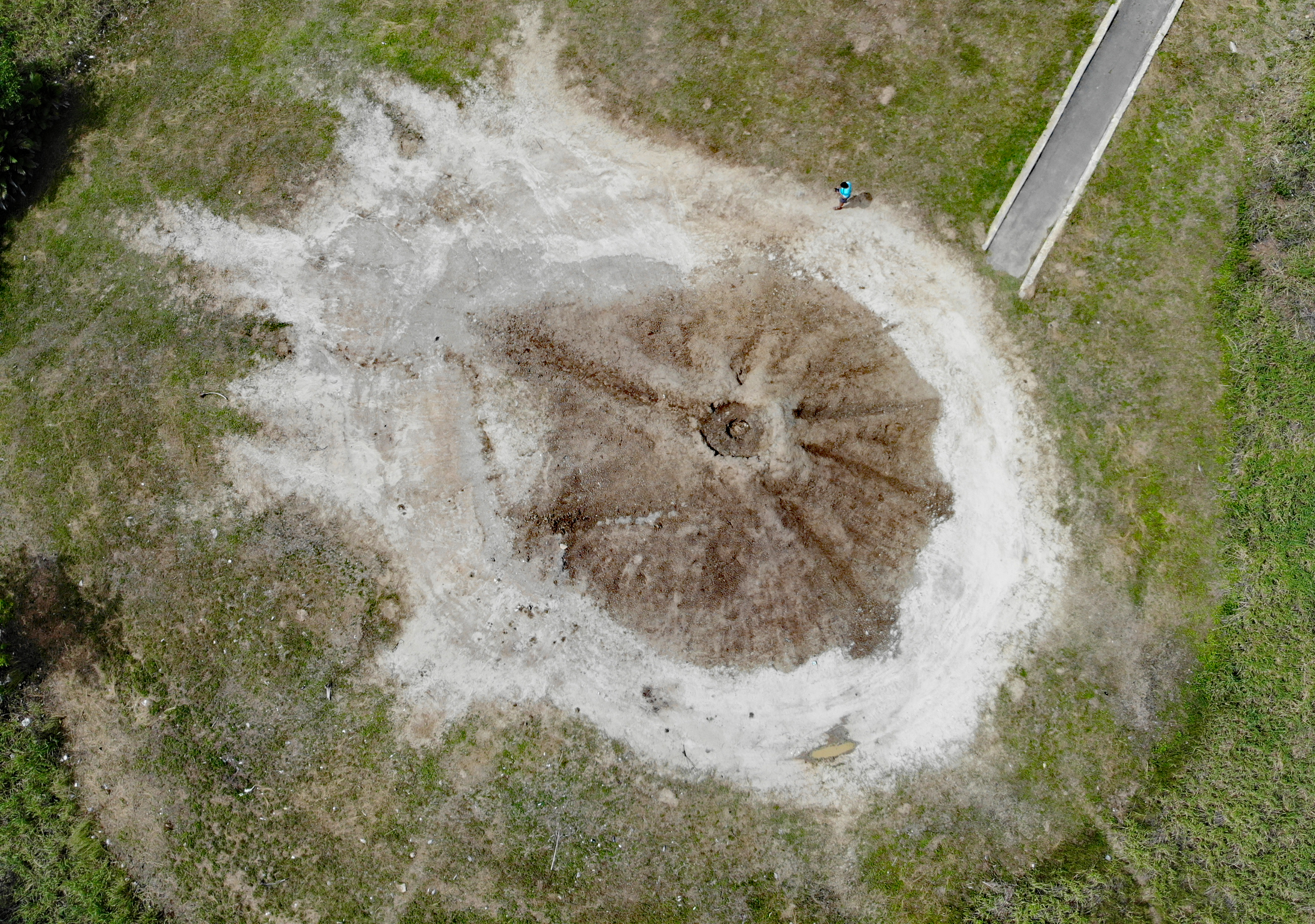 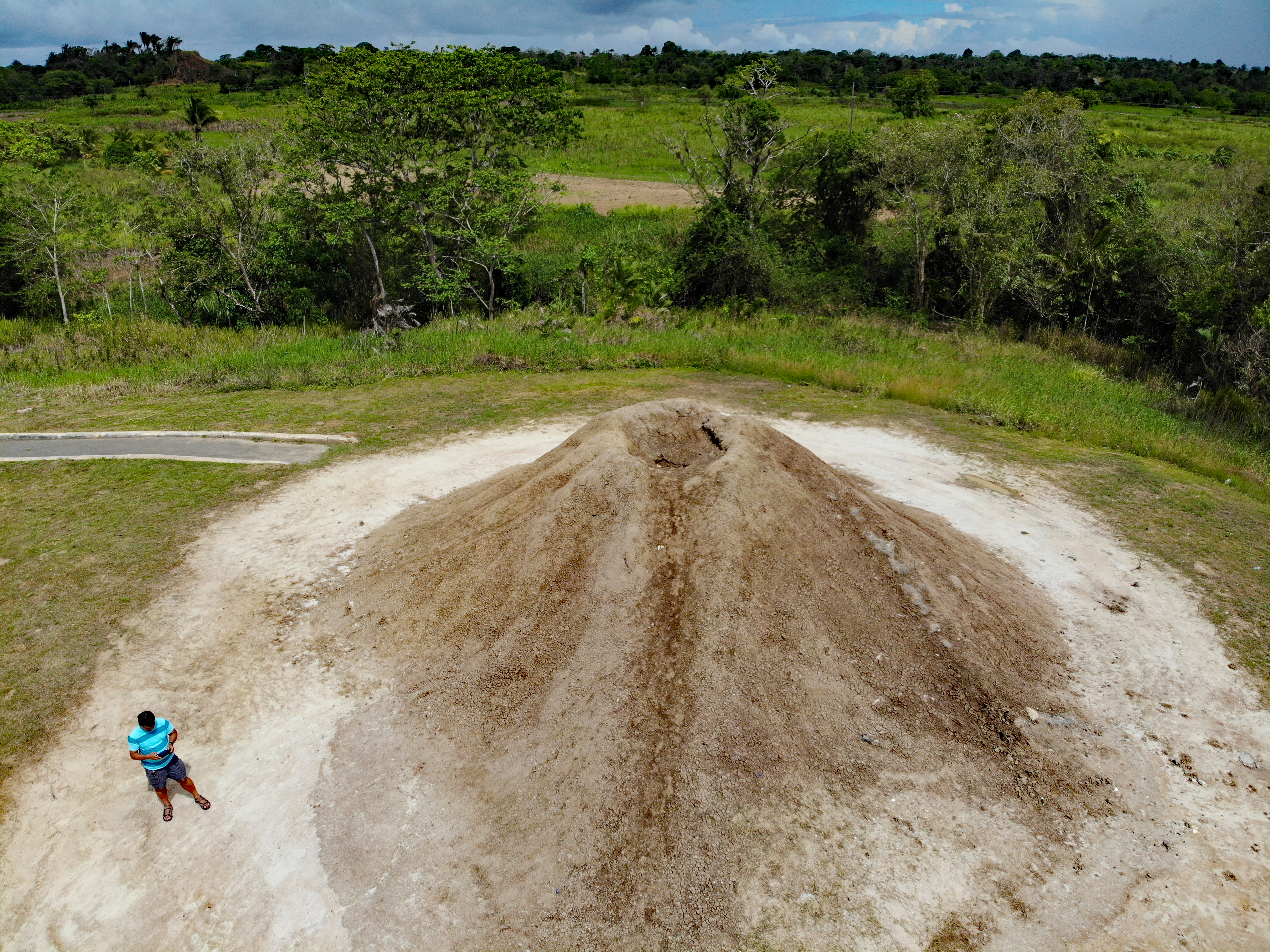