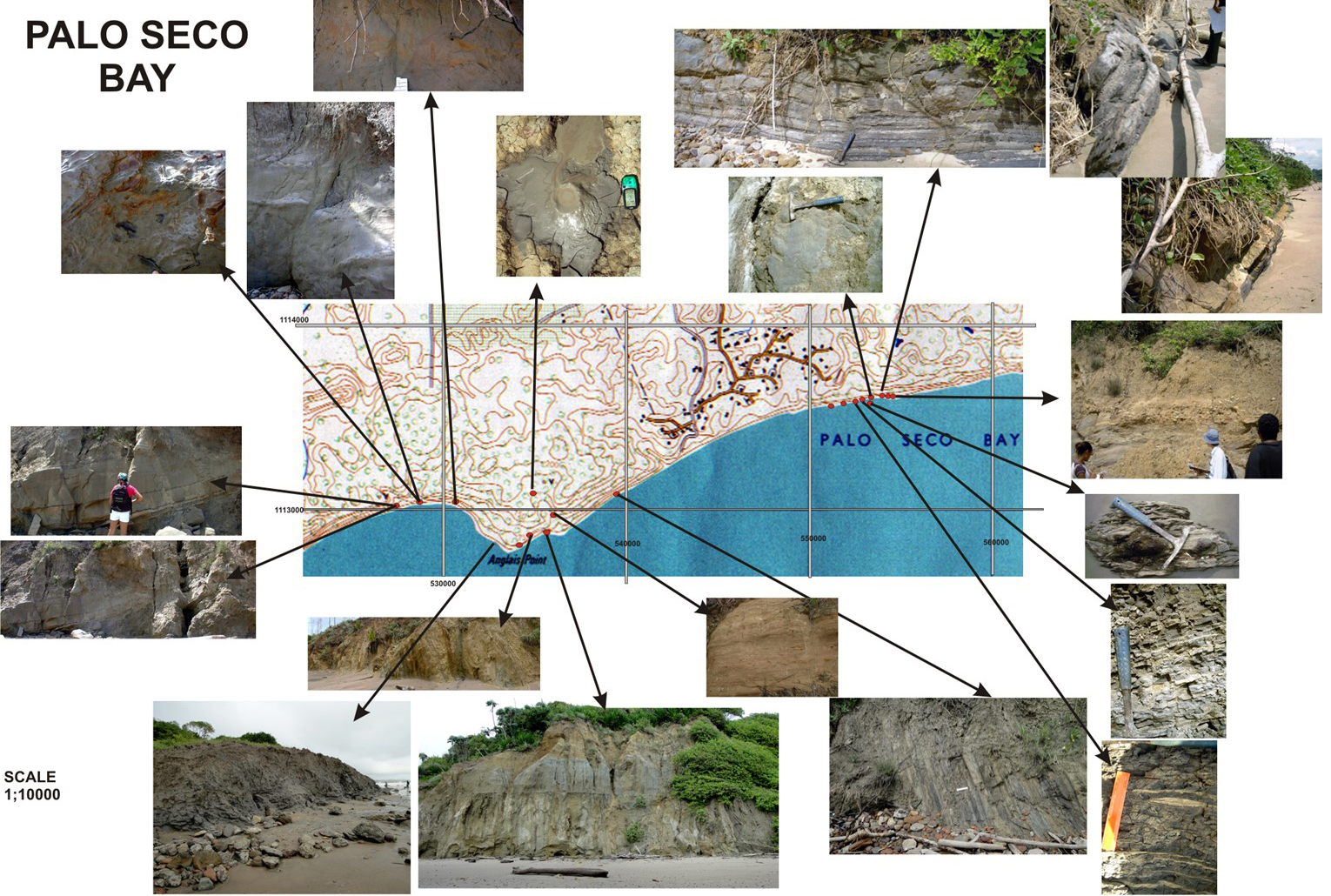 This outcrop is made up of alternating parallel laminated claystones and sands. Sand packages are 6 – 8’” thick and individual units thin upward. The sand is very fine grained. Total absence of bioturbation.

Almost vertical beds at Anglais Point that have been affected by a combination of slumping and faulting.   Dip, dip direction and strike change along this outcrop in response to faulting. The lower photo illustrates this change with what appears to be an anticline to the left.  Dip 1 – Strike 1320 – 3120 , dip 880, direction of dip 150. .  Dip 2 – Strike 1050 – 2850 , dip 820, direction of dip 150. A Pleistocene terrace is visible, its base is marked by large boulders. 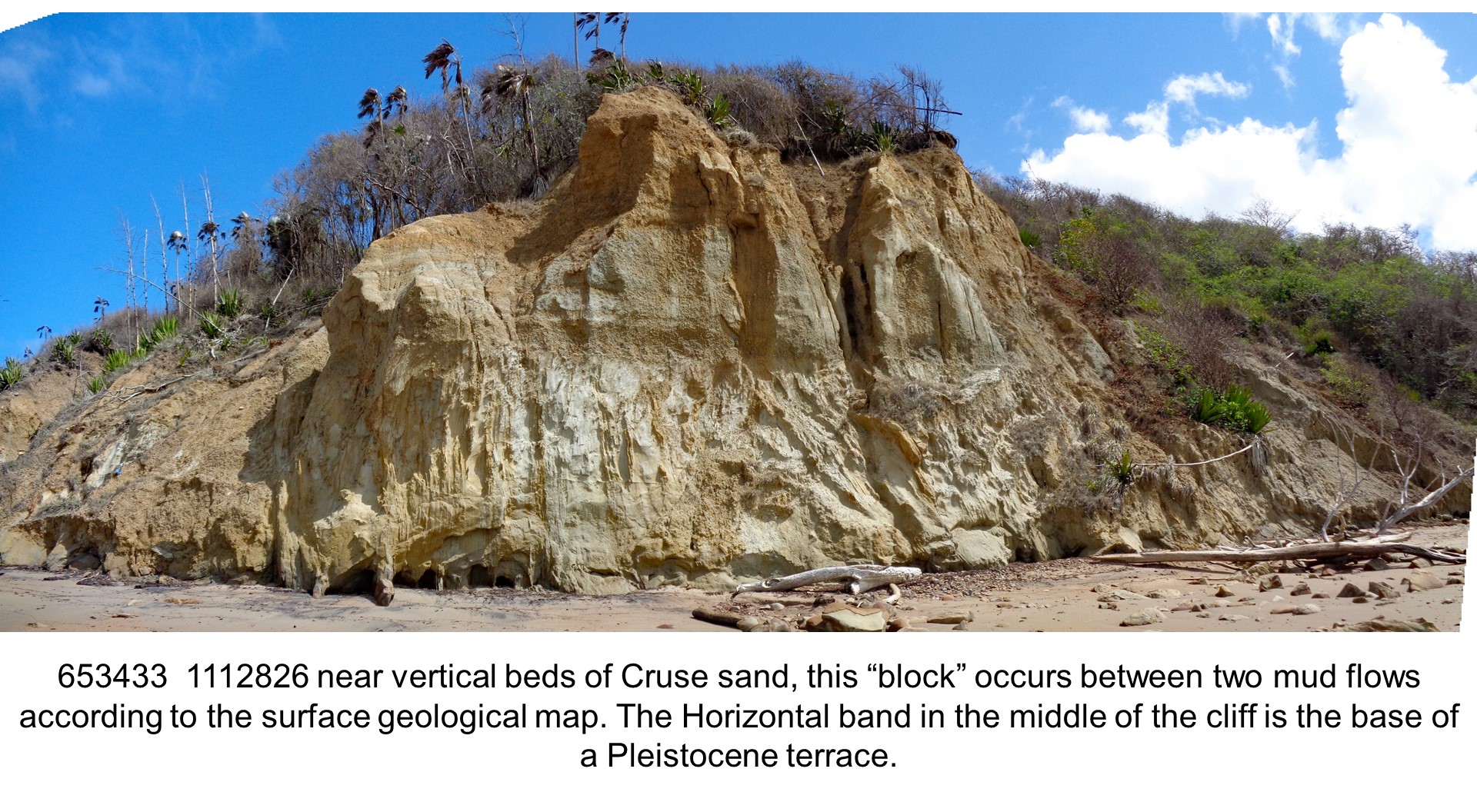 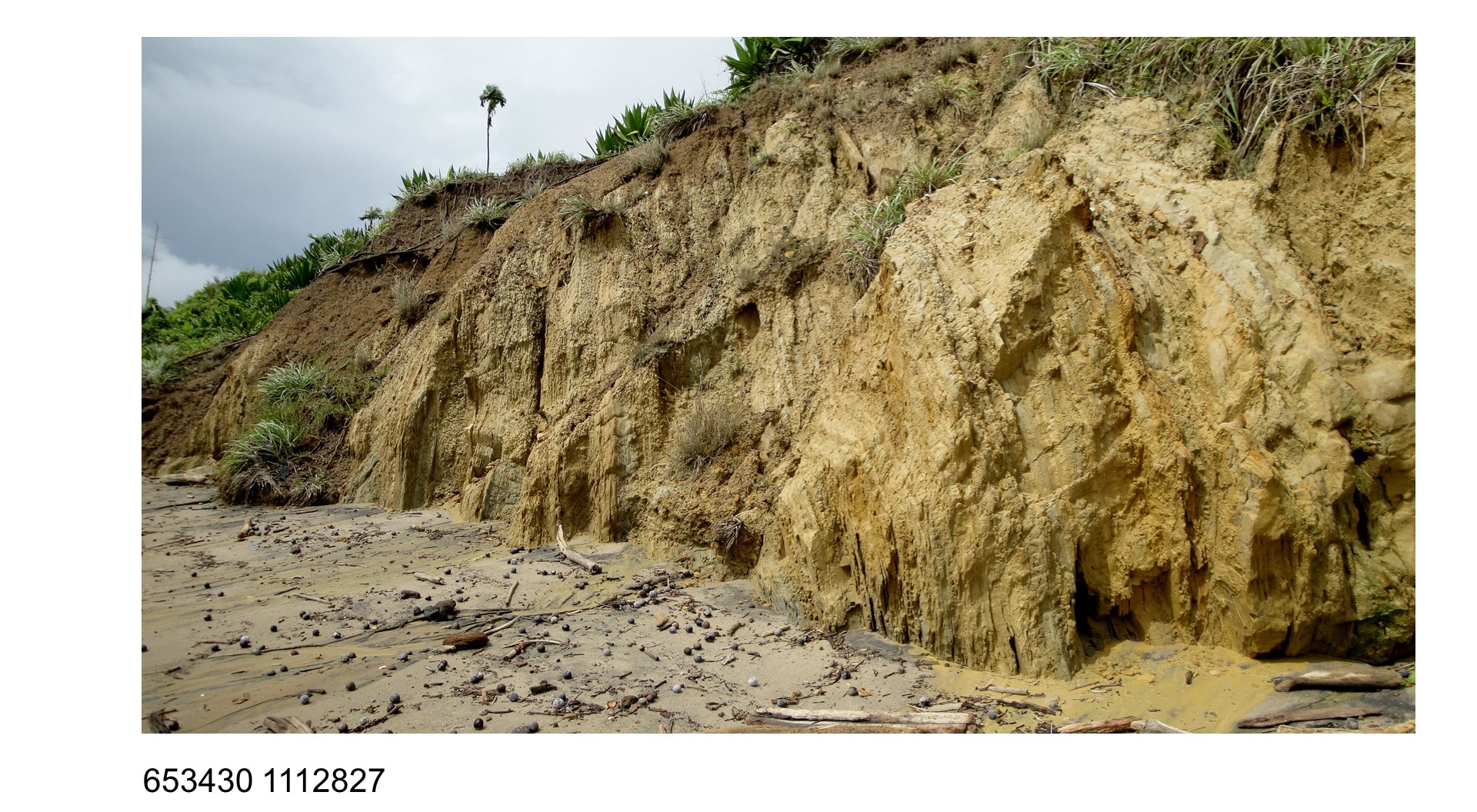 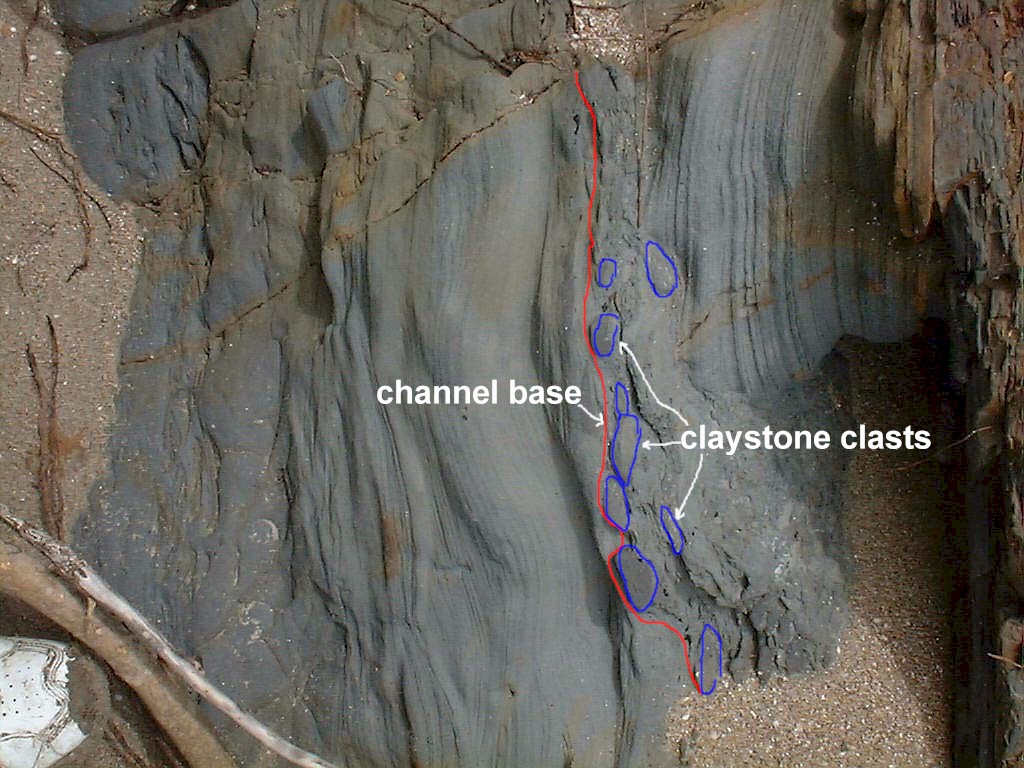 Laminated claystones and siltstones with thin sand laminae. Some amount of channelisation is noticed as the base of one channel is lines with flat ,subrounded claystone fragments. 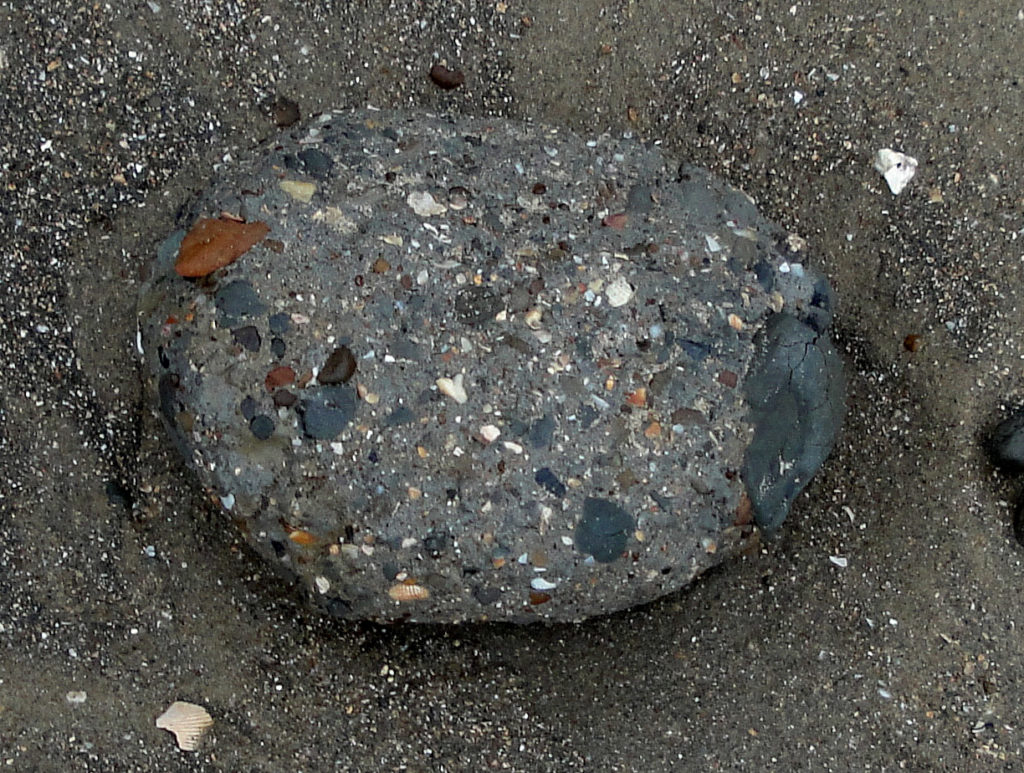 An example of an “armoured mud ball” of Kugler & Saunders 1959, they are formed when claystones and rolled around by waves and since the exterior of the clays are soft fragments and clasts of pebbles, shells etc adhere to the surface.