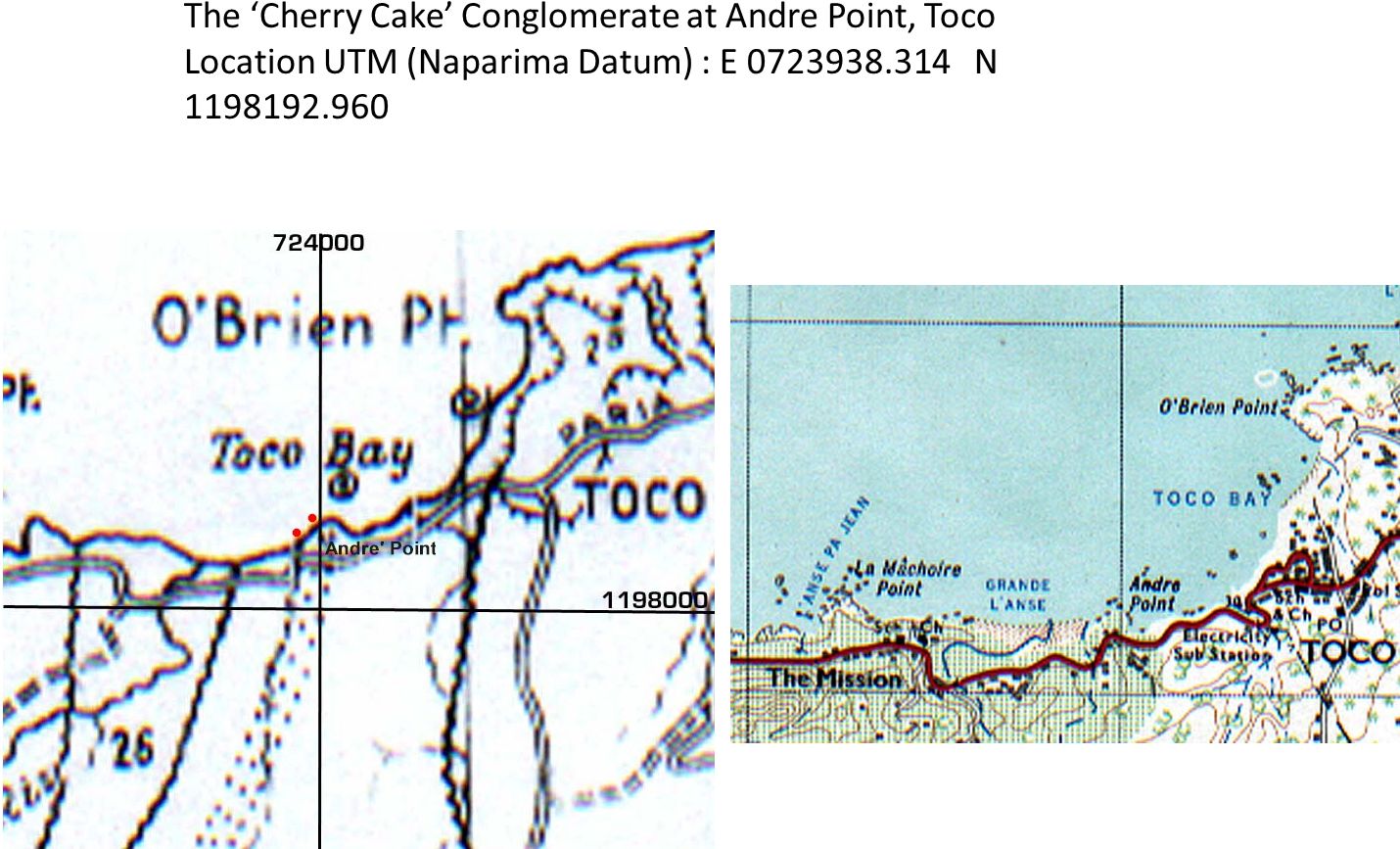 Barr K.W., 1963, The Geology of the Toco district, Trinidad, West Indies., Pt 1 Overseas Geol. & Min. Res. v.8 No.4 p 379 -415.)
In the vicinity of Toco Bay there is a conglomeratic grit of very striking appearance; it occurs as bands from a few inches to two feet in thickness within a locally thick grit layer and is composed of abundant deep-red, ovoid to tabular, ferruginous claystone pebbles up to 4 cm. across, together with scattered rounded pebbles of white vein-quartz, in a coarse, gritty, quartzose matrix.
The colloquial field term ‘cherry-cake conglomerate’ aptly describes the appearance of the rock (. The red pebbles may show a distinct grading from coarse to fine, with the grading cycle sometimes repeated two or three times, each cycle being 6 to 8 inches thick.
This distinctive rock occurs at Andre Point at the western end of Toco Bay, and is designated the Andre Point Grit. An identical conglomeratic grit also occurs among massive grits at O’Brien Point, which must represent the continuation of the same grit layer. A small lenticular grit of similar type also occurs in the rubble bed above the Upper Cretaceous unconformity, on the east side of Reef’s Point; another small lens occurs along Naranjo Trace on the northern side of the Tompire River valley. In the Rampanalgas area (Jasmine’s Ocean Resort) there is another outcrop. . It is not known elsewhere within the Toco district, and it is therefore the more surprising to find that similar conglomeratic grits and shales with scattered red ironstone pebbles occur in the Lower Cretaceous Cuche Formation of the Central Range, where such conglomeratic shales are regarded as a characteristic feature of the Formation (Kugler, 1950; Suter, 1951). An isolated occurrence of a similar conglomeratic grit is also known from the Lower Cretaceous of the Barcelona area of the Serrania del Interior of eastern Venezuela (Kugler, 1950, p. 57). 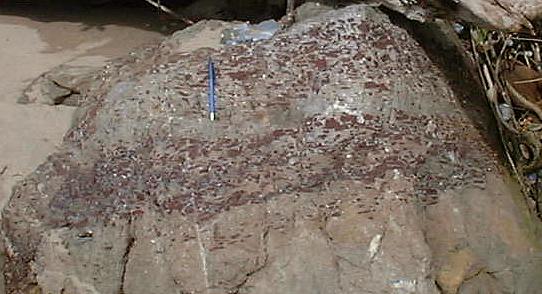 Boulders of ‘Cherry cake’ conglomerate, all show parallel orientation and imbrication in places, of the mud stone clasts 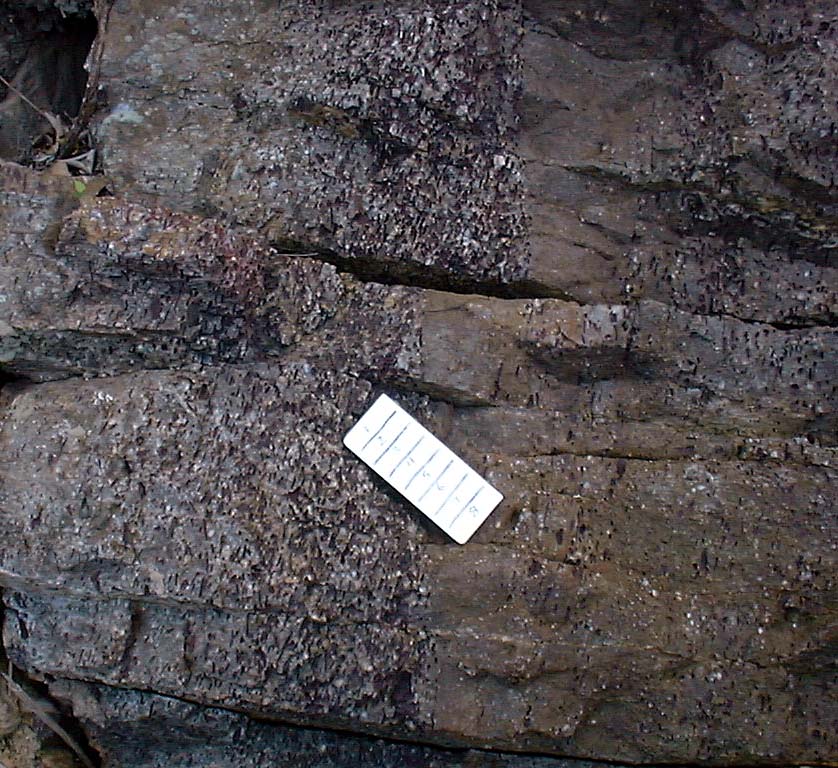 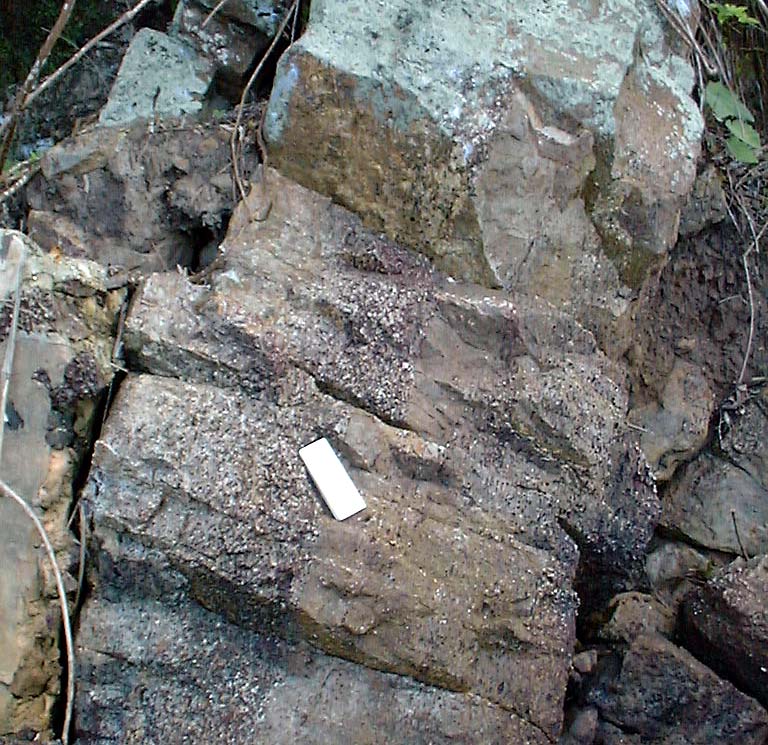 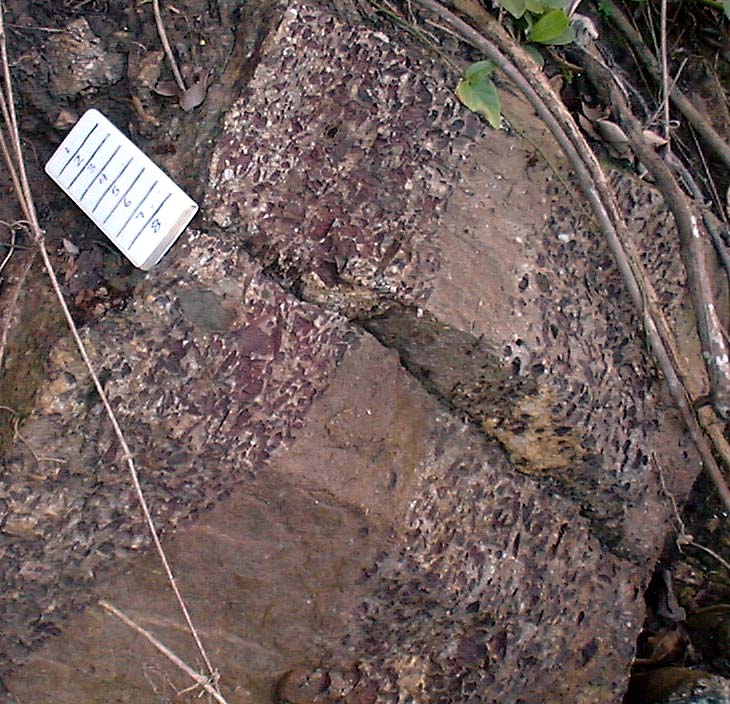 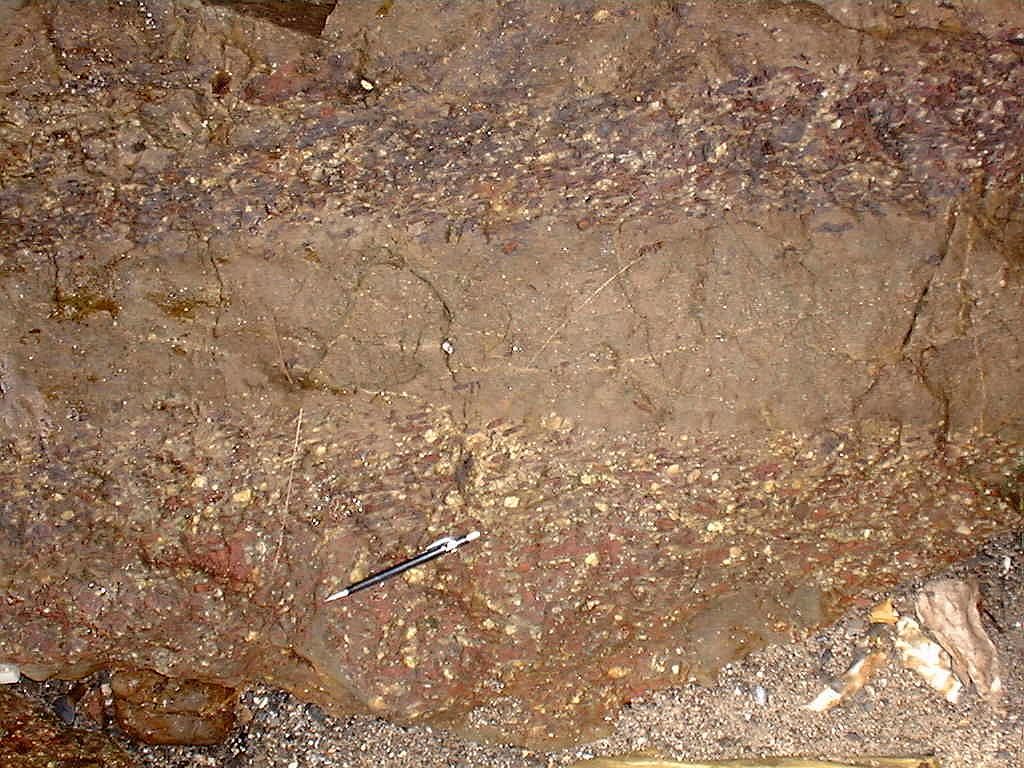 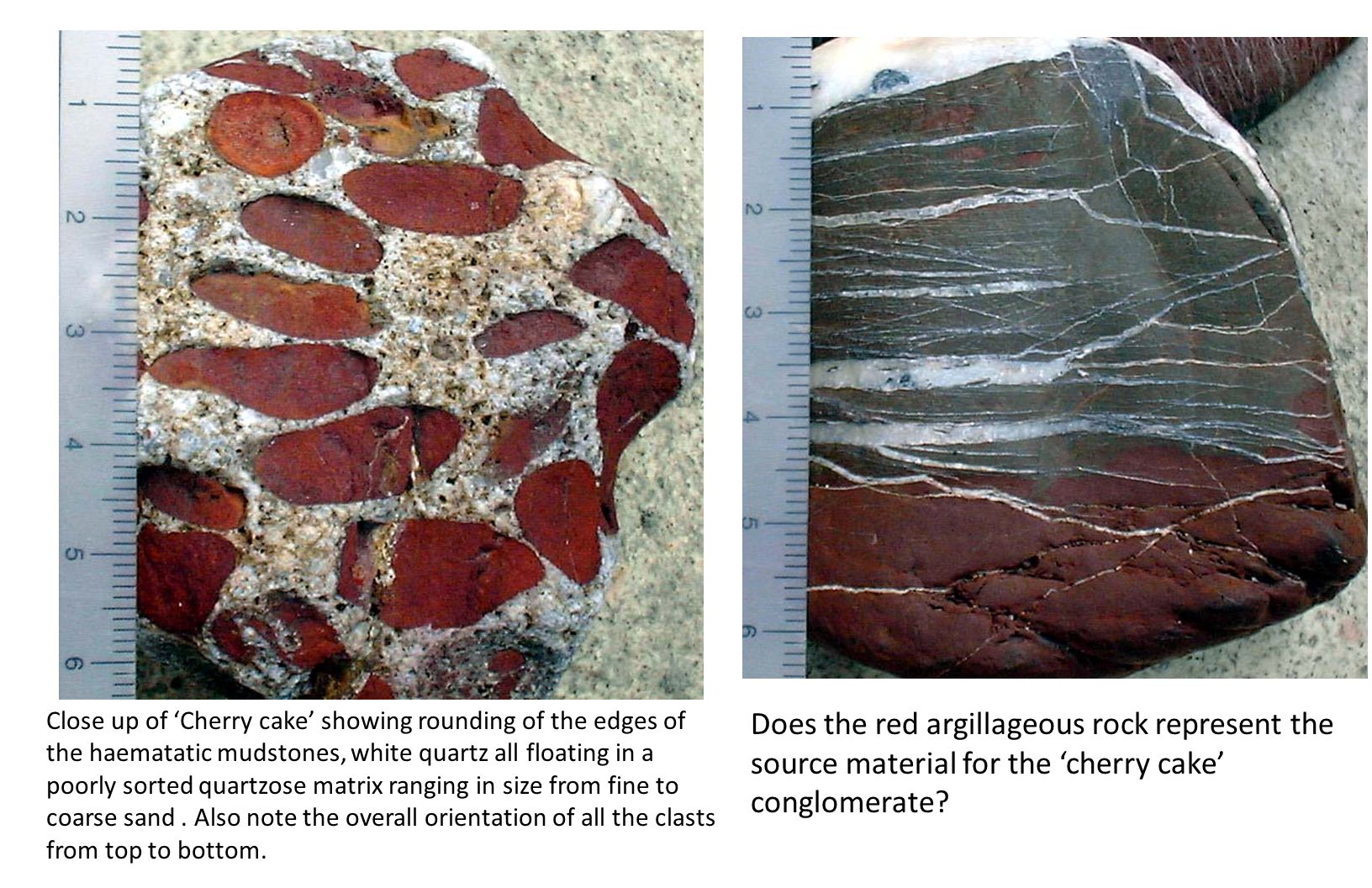