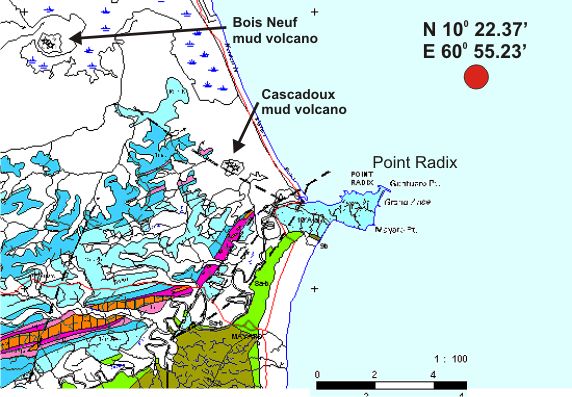 Plume of discoloured water extending outwards some 300 meters in a ENE-WSW direction away from the area of activity.

The white foamy area is visible from a distance and on closer examination is seen to represent a point where a number of discoloured columns of water area rising. On reaching the surface and interacting with the waves it appears that a significant amount of gas is being released. Waves are approaching from the east and behaves in a number of ways when it reaches the feature. Firstly, it continues without any change in orientation (which is the most common) or appears to change direction on reaching the area.. initially one may think that the waves are breaking as a result impinging on a submerged feature. The water was clear enough to see NO submerged features but rather plumes of discolored water rising in front of escaping bubbles/foam.
Essentially we have deduced from the observed activity that this event is being caused by the escape of gas from the water bottom some distance in front of the area of interest and creating the turbulent wave action. As the gas escapes it forms a gas column that is suspending sediments from the water bottom and carrying it to the surface as a plume of discoloured water. 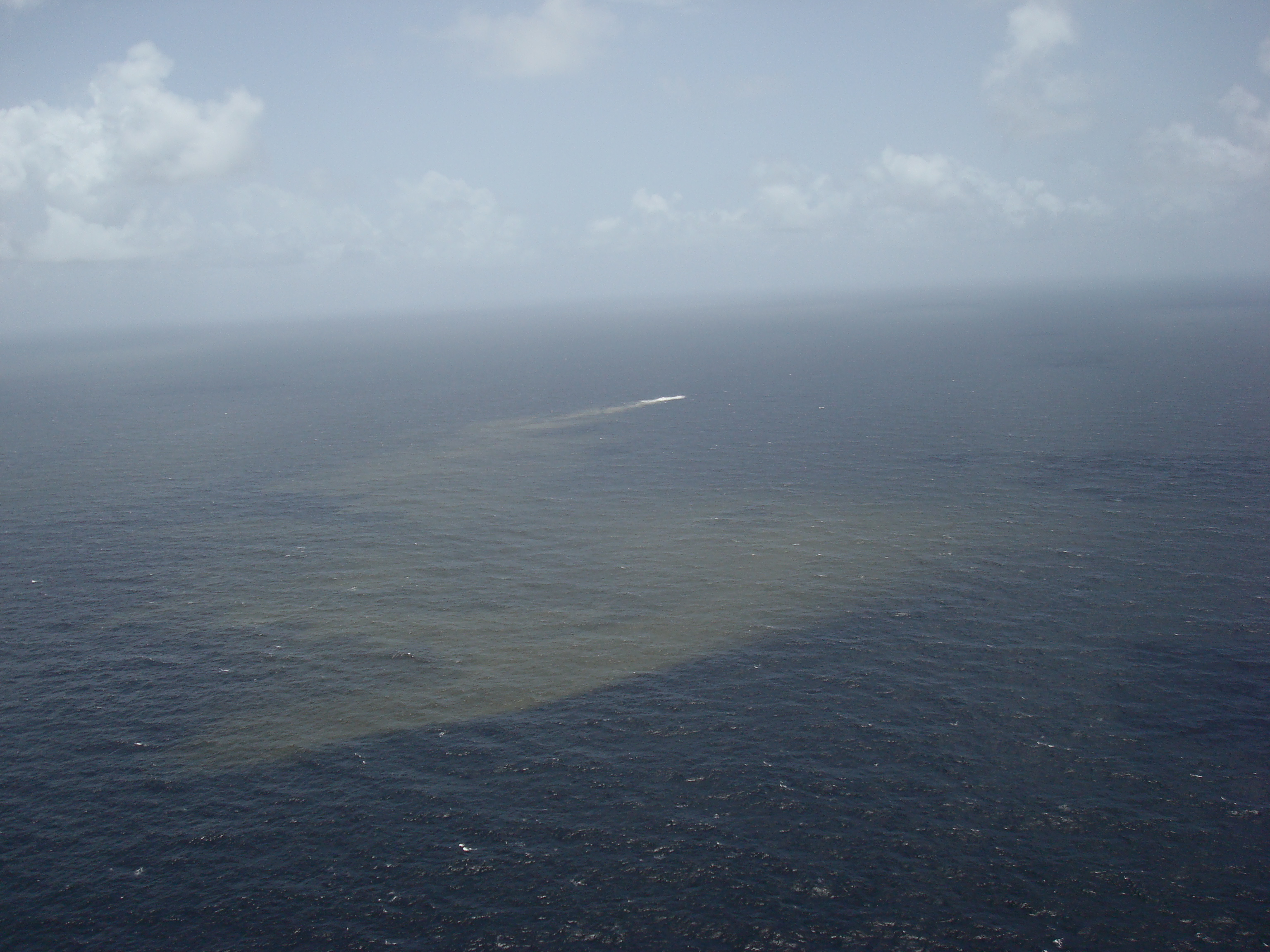 Area of activity, view from the north 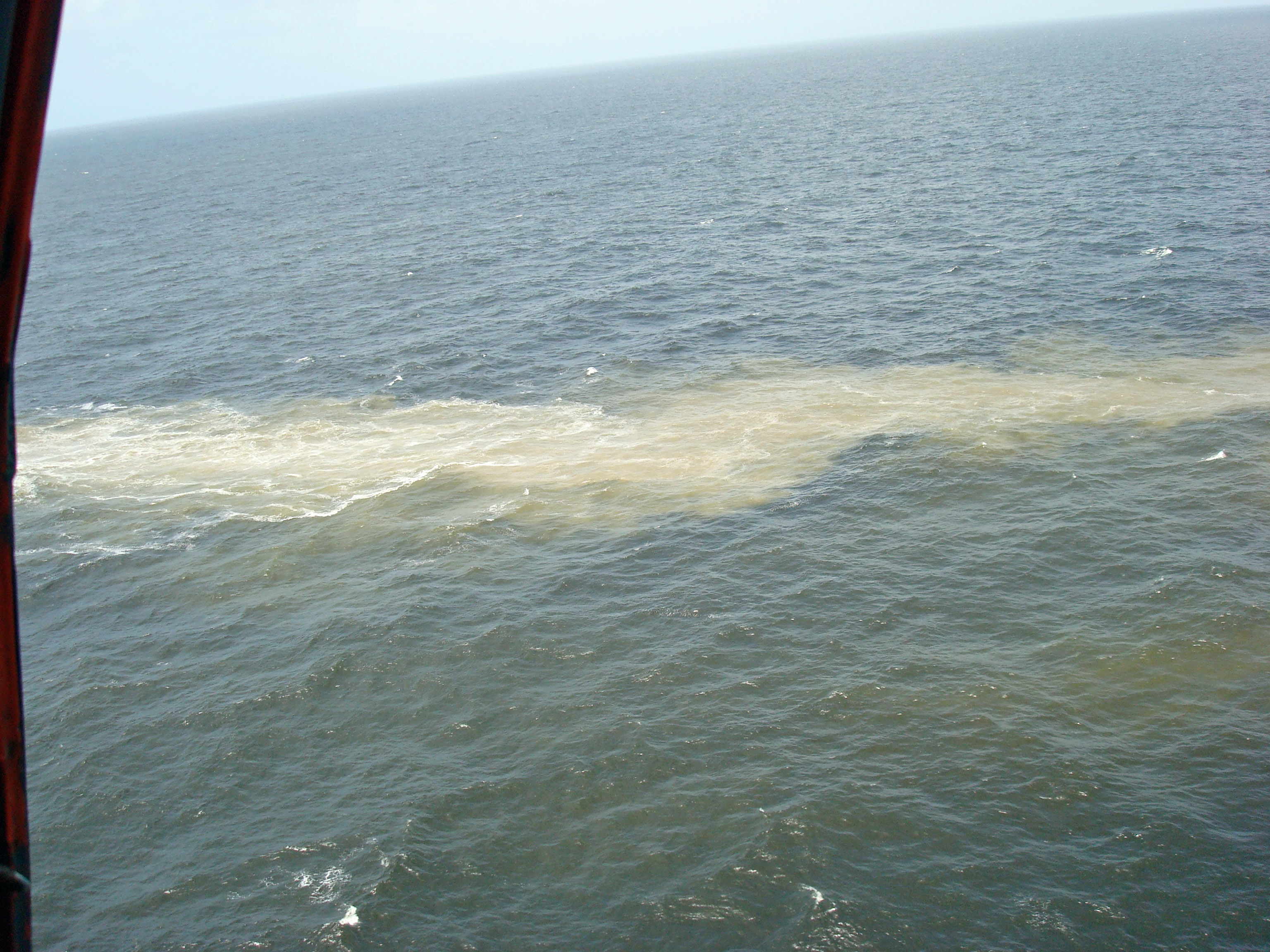 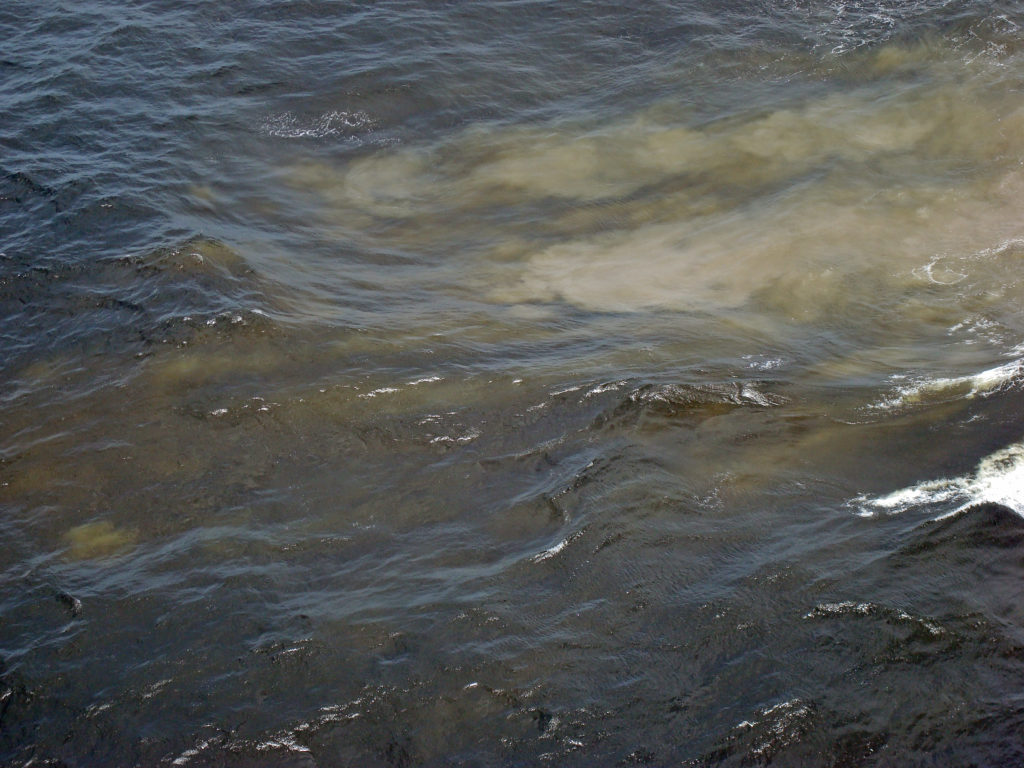 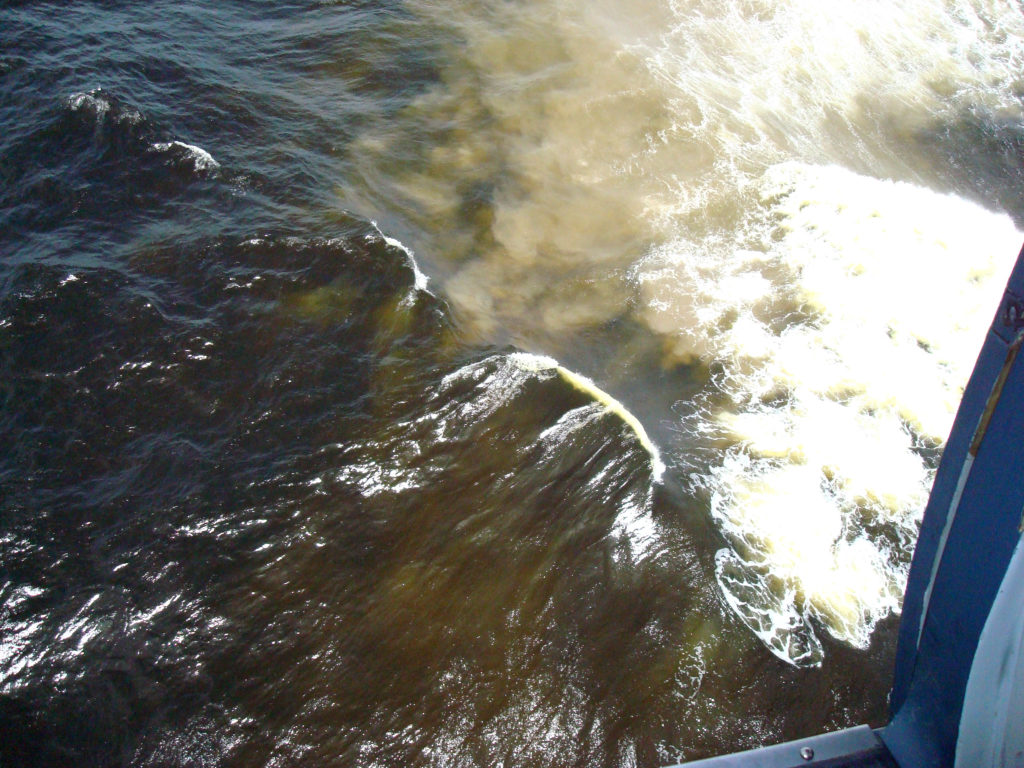 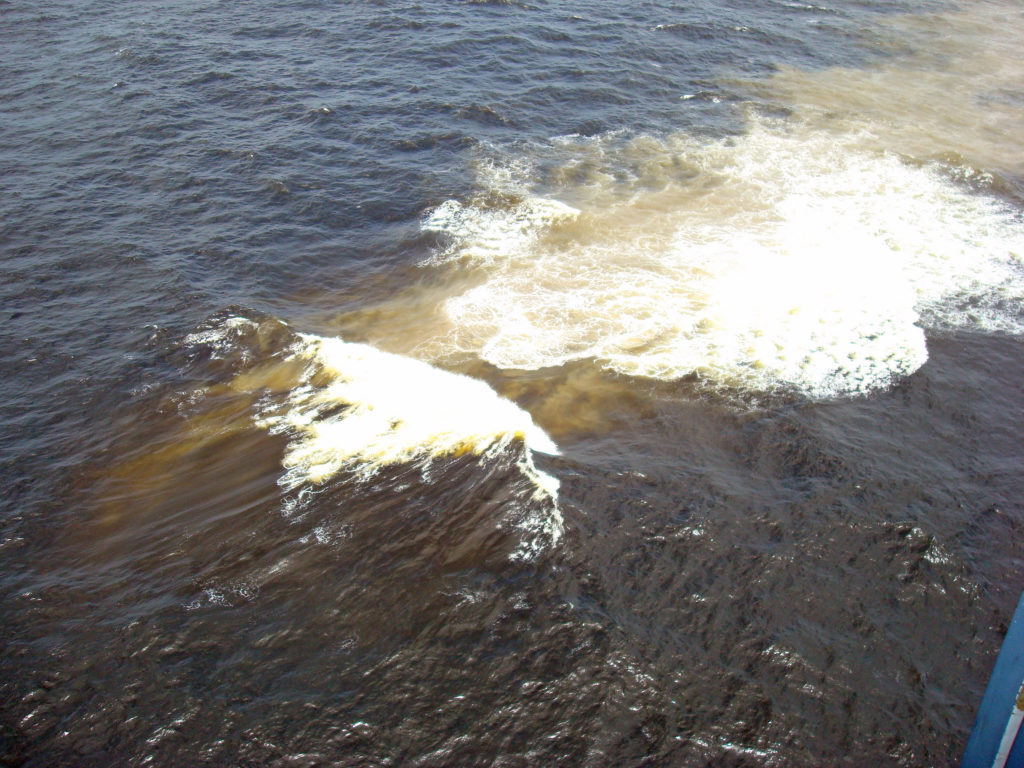 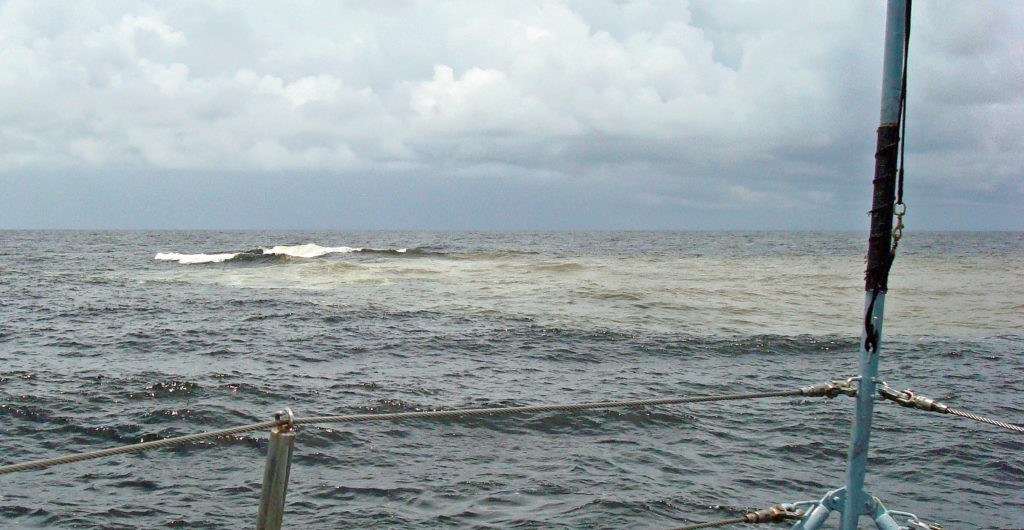