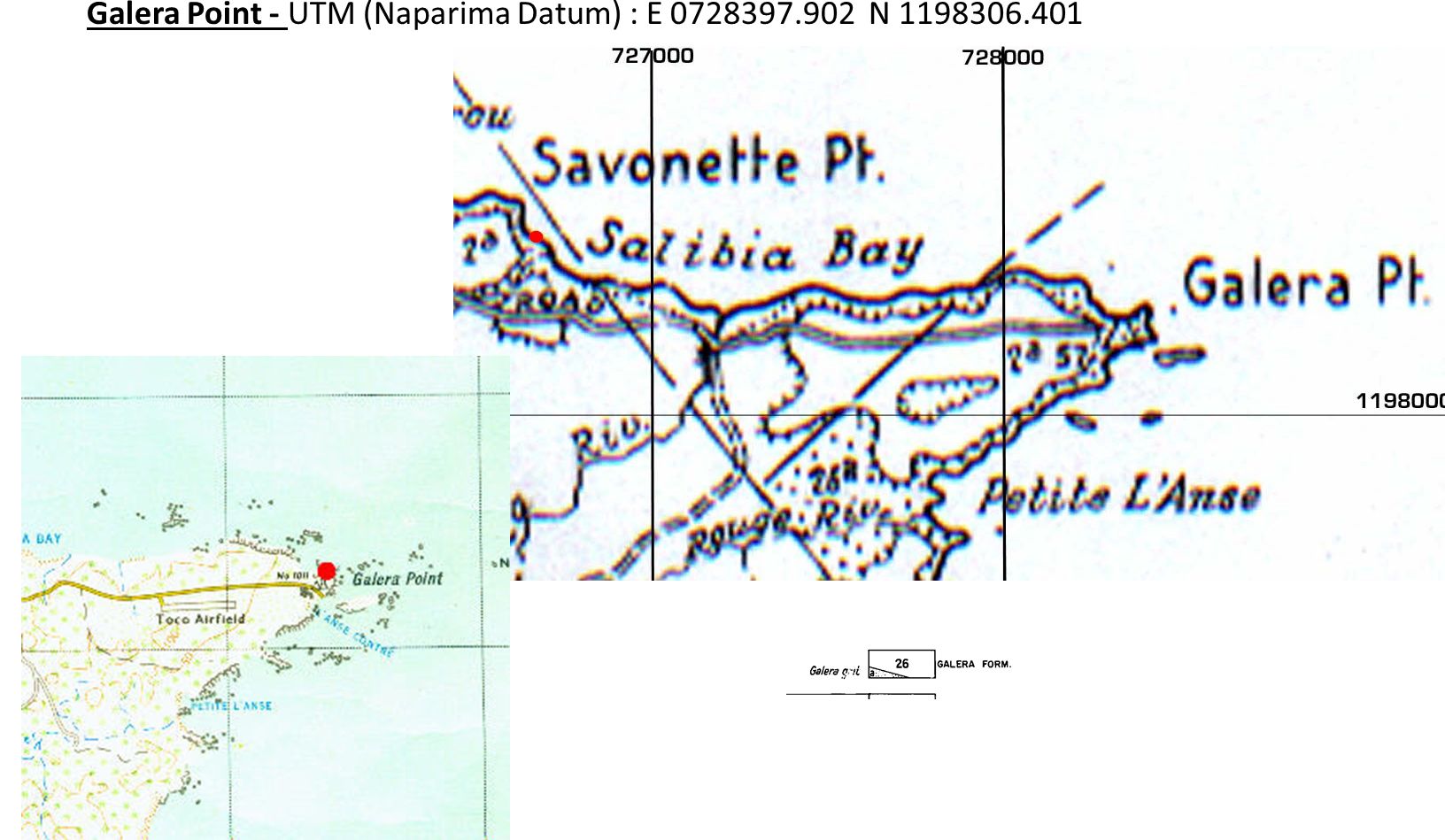 TOCO formations. Lower Cretaceous
(Trinidad. B. W. I.).
Author of name LIDDLE (R. A.) (1946). The geology of Venezuela and Trinidad, p. 713 (Toco Bay beds).
Type locality: Toco Bay, NE corner of Trinidad.
TRECHMANN (1935) describes a section of contorted shales and grits, with irregular lenses and masses of pure and silty limestones, exposed along the coast of Toco at the eastern end of the Northern Range. In some of the limestones, and especially in the shales, he found fossils. Of these THOMAS (1935) describes three Porifera, new to the American continent viz Jerea?, Ventriculites and Plocoscyphia and a coral Trochosmilia. L. R. Cox (in THOMAS, 1935) mentions the spondylid pelecypod Dimyodon cf. nilssoni. THOMAS believes this fauna to be Albian and/or younger Cretaceous.
Later TRECHMANN (1937) adds to this list of fossils from Toco Bay Praecaprina, Pteria and Lithodomus cf. rugosus. He also mentions Amphitriscoelus, Alectryonia, and some corals from a locality between Sans Souci and Grande Riviere. Amongst the corals occurs Myriophyllia cuyleri which WELLS (l941, p. 609) reports from the Lower Glen Rose formation (Lower Albian) of Texas.
KUGLER (1950, p. 55) adds Trigonia and Nerinaea to the list of fossils and correlates part of the section with the Upper Bar­ranquin formation of Eastern Venezuela. He introduces the term Toco formation which also embraces thin stringers as well as the larger mass of fine-grained augite-andesite of Sans Souci. It is preferable to separate the volcanic series from the normal sedimentary beds and the Toco formation is now defined to include the dark shales with interbedded sandstones, grits, calcareous shales and lenticular limestones which extend from Taco Village to Sans Souci. The lower boundary is defined by the onset of recognisable low-grade metamorphism. The upper boundary, where not cut out by local unconformity, is drawn at the base of the overlying volcanic formation. The thickness of the beds included may exceed 5000 feet, but the tectonics are complex and some duplication may be involved. (H G. KUGLER).
References: TRECHMANN (C.T) (1935); THOMAS (D.H.) (1935); TRECHMANN (C. T.) (1937); WELL (J. W.) (1048); KUGLER (H. G.) (1950); SUTER (H. H.) (1951). 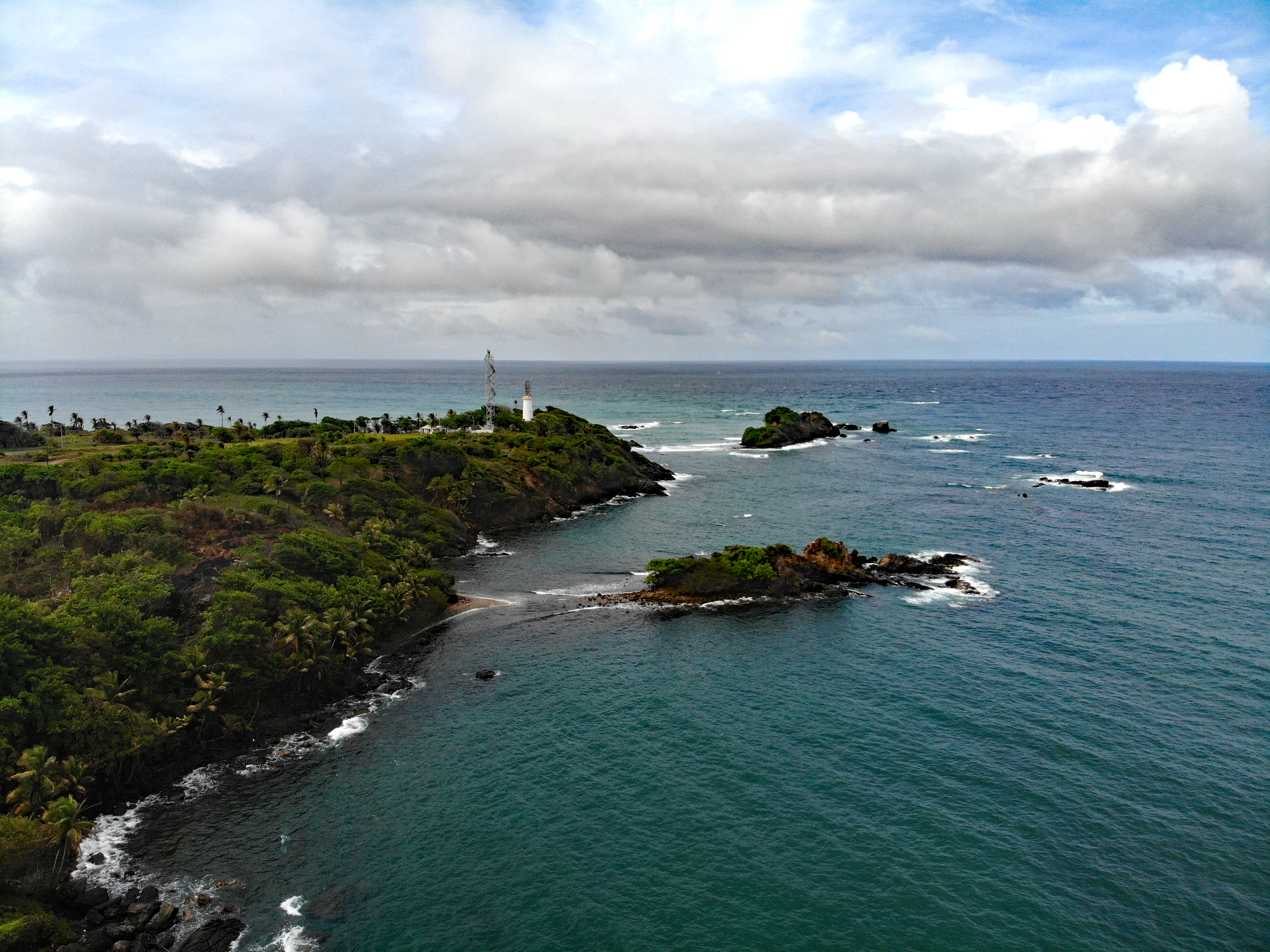 View of Galera Point from the south 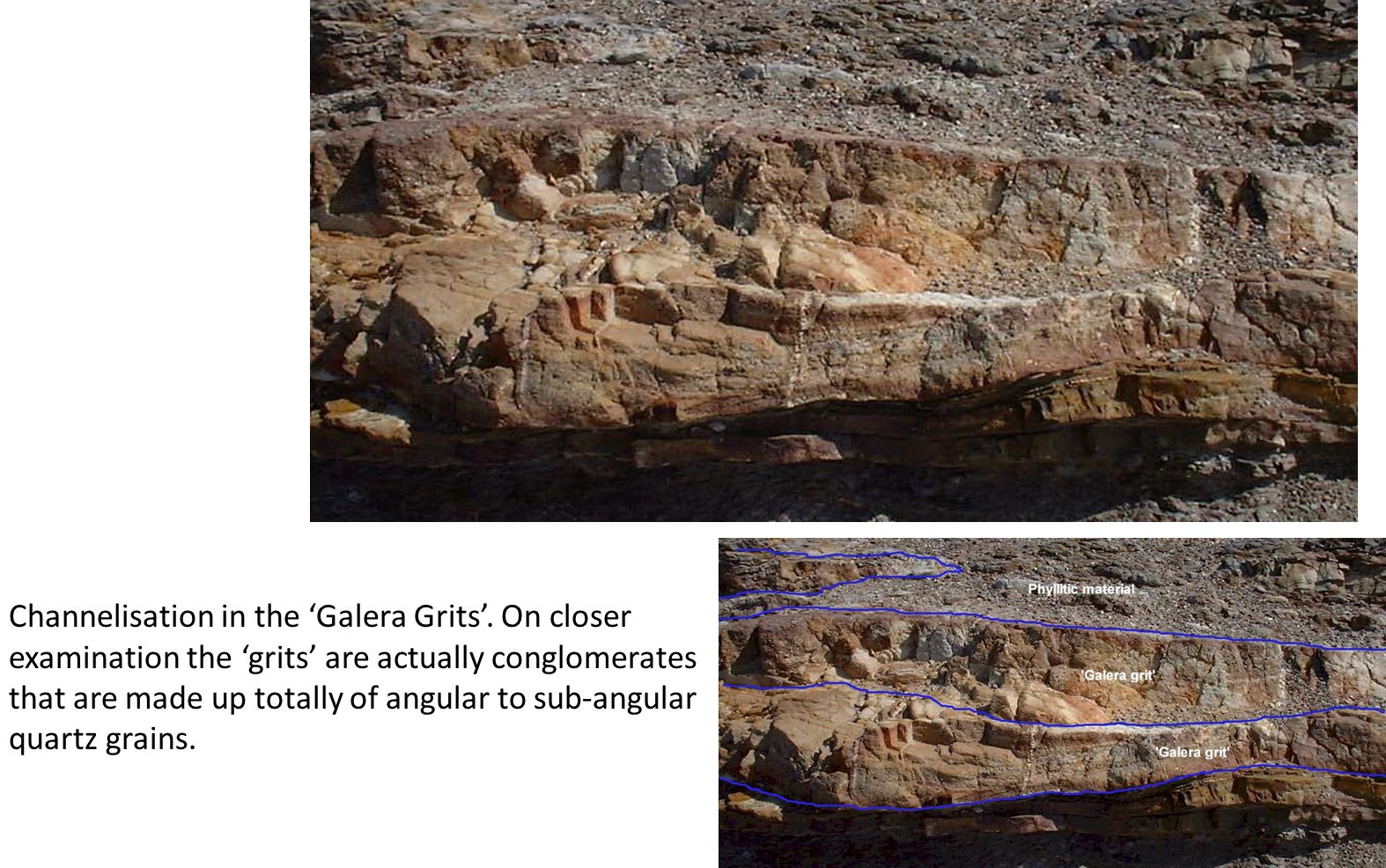 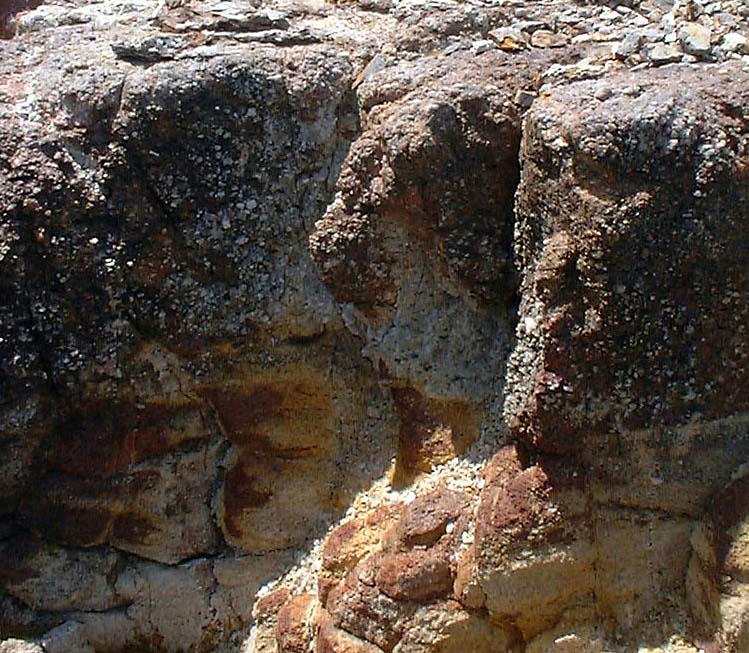 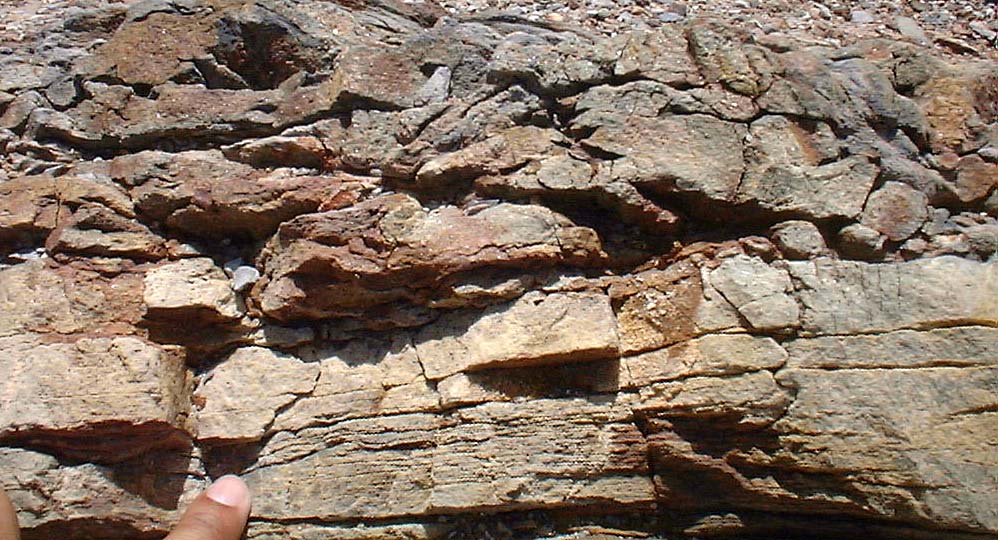 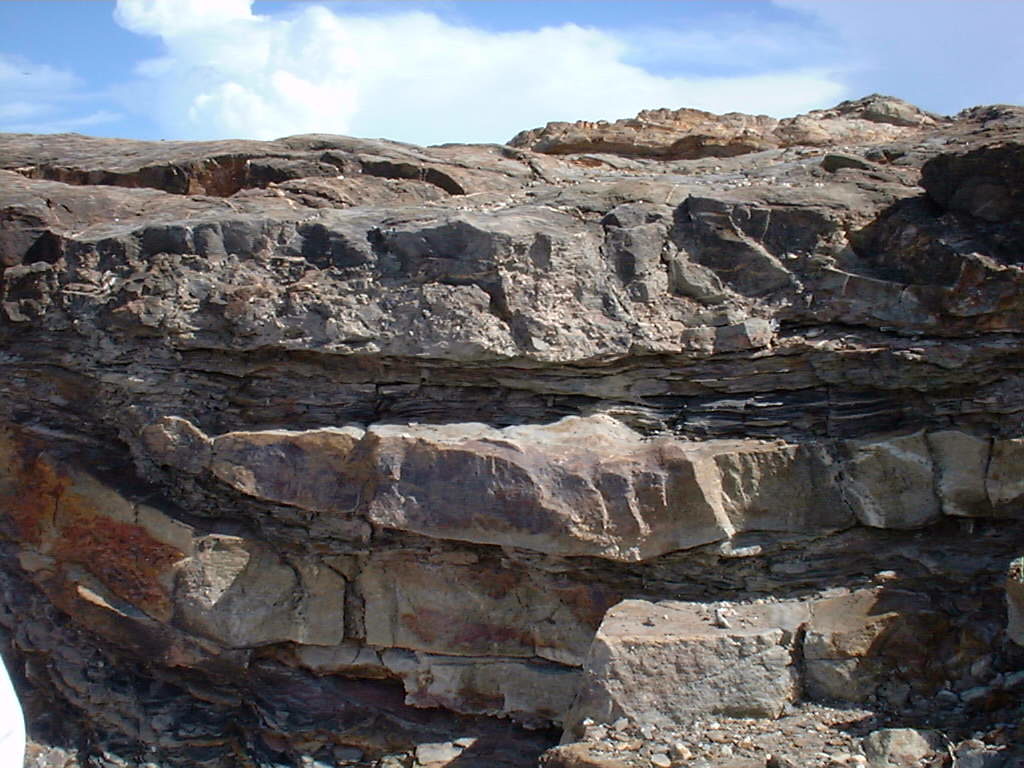 Outcrop of the ‘Galera Grit’ showing erosion of the overlying beds into the underlying ones and lateral thinning of the beds. According to all published literature these beds are overturned and unmetamorphosed. However the material between the sandstones are very similar in appearance to phyllites. 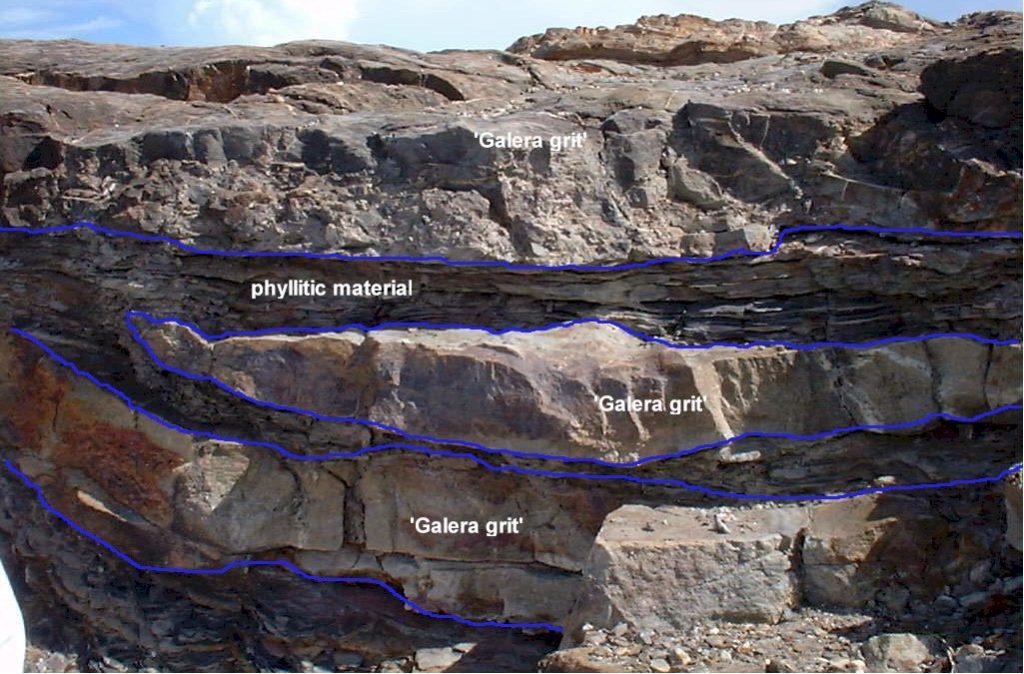 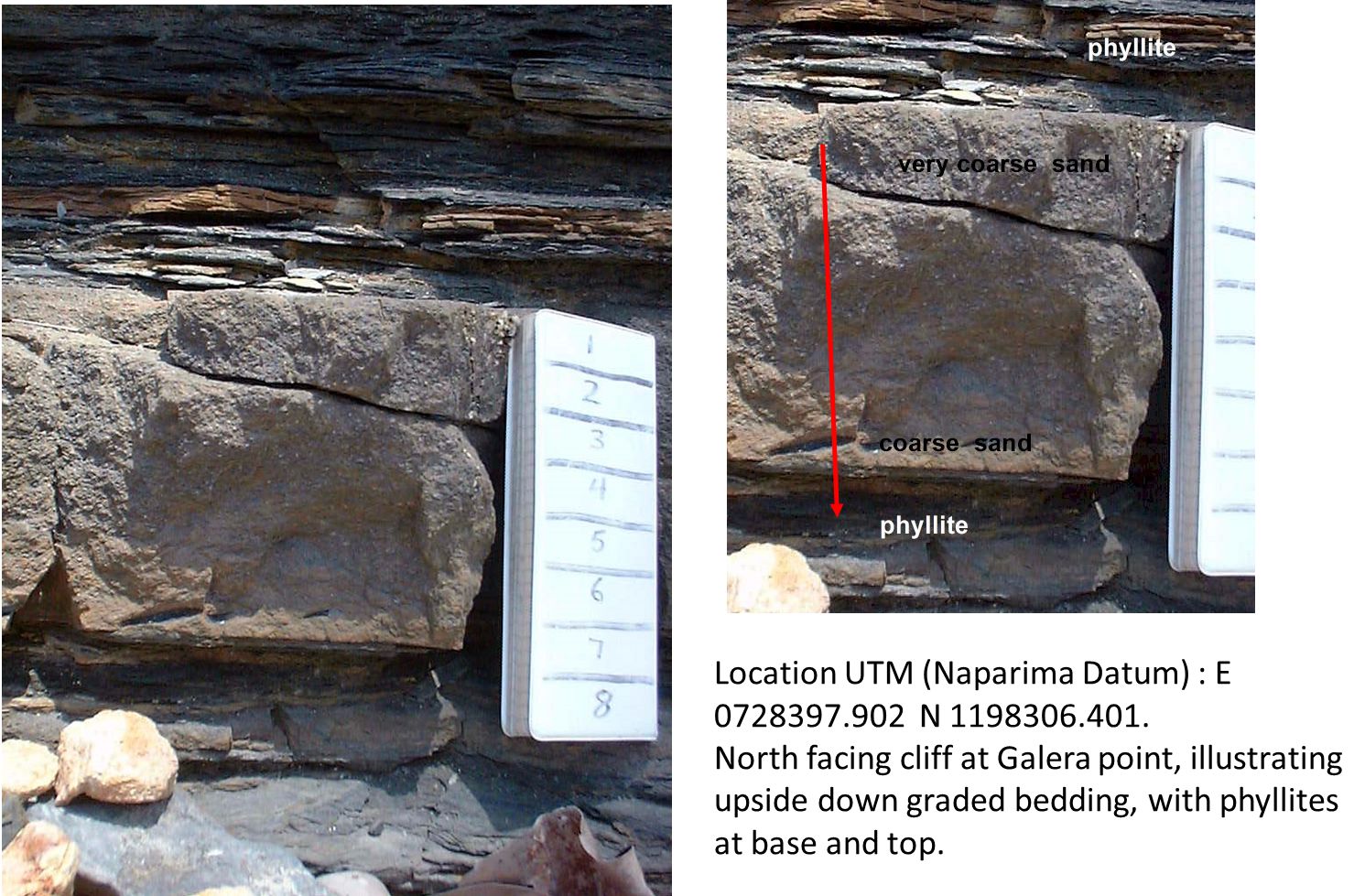 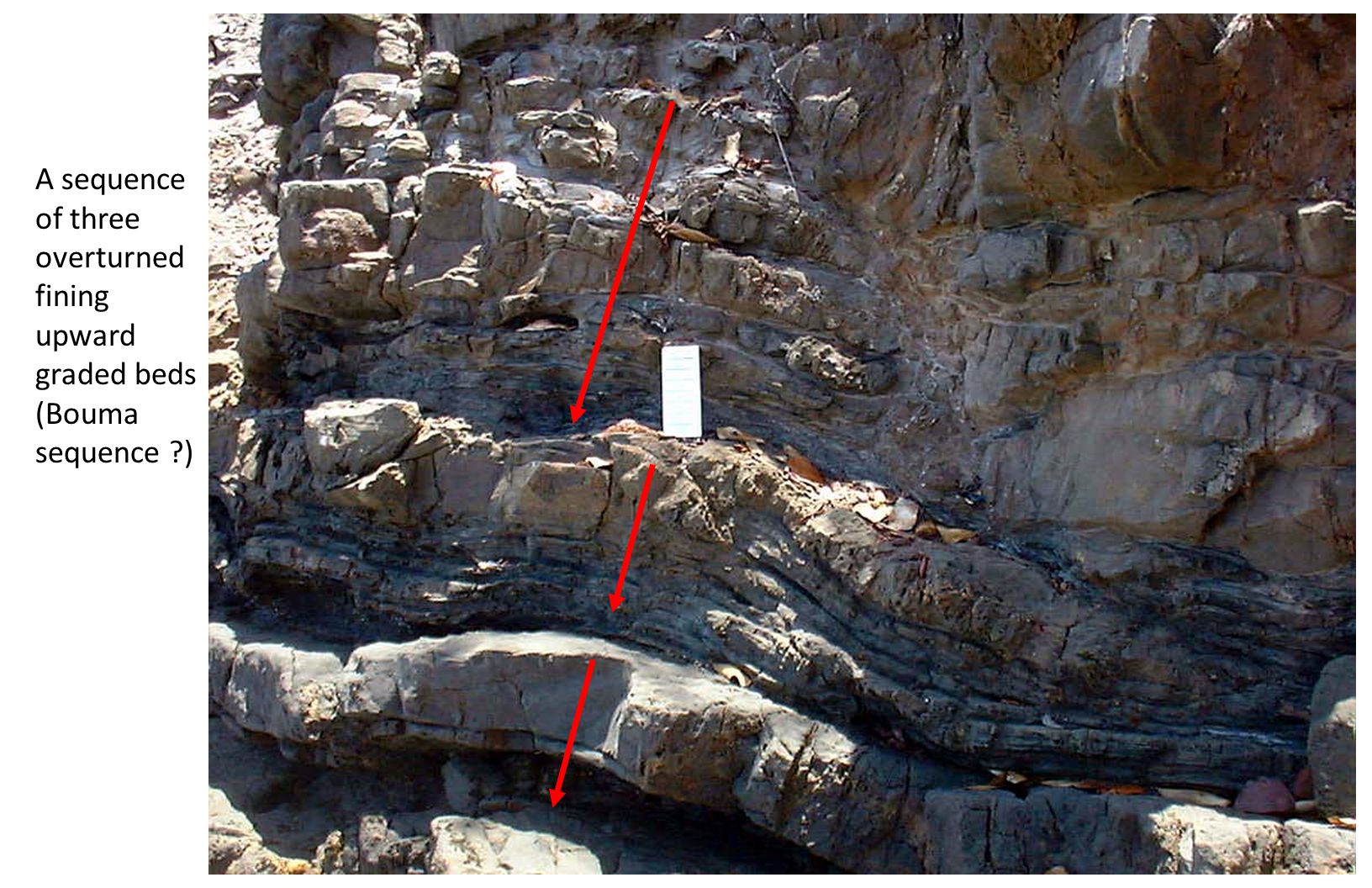 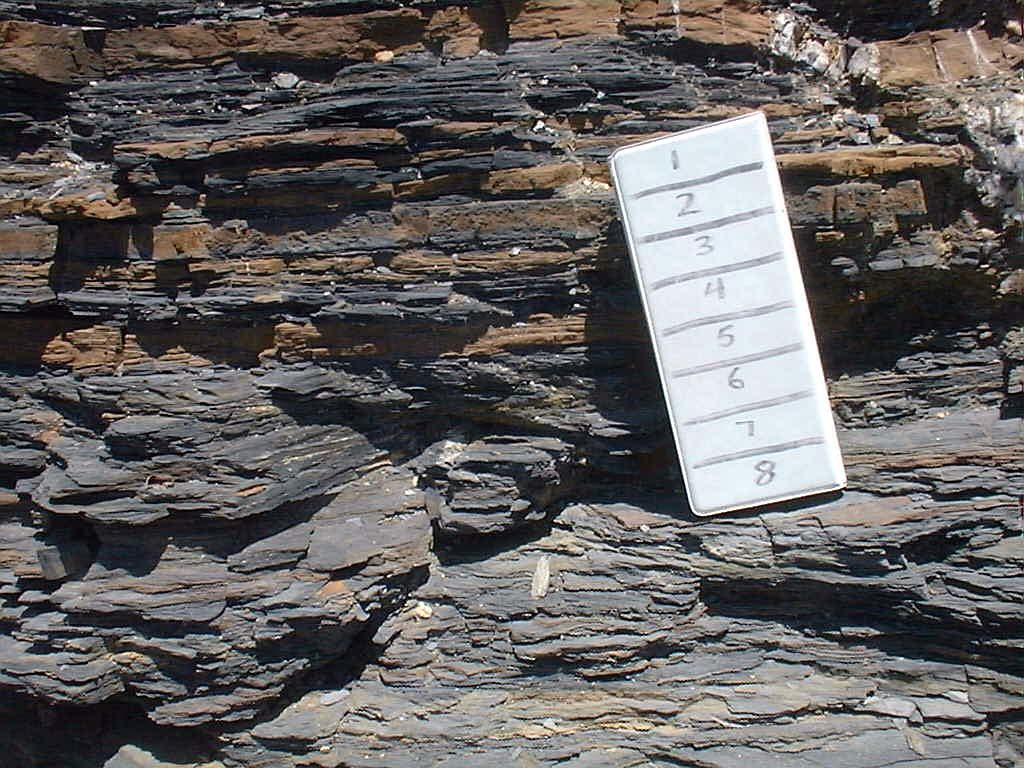 Black phyllites with thin sand bands. According to Algar phyllites are not present here. 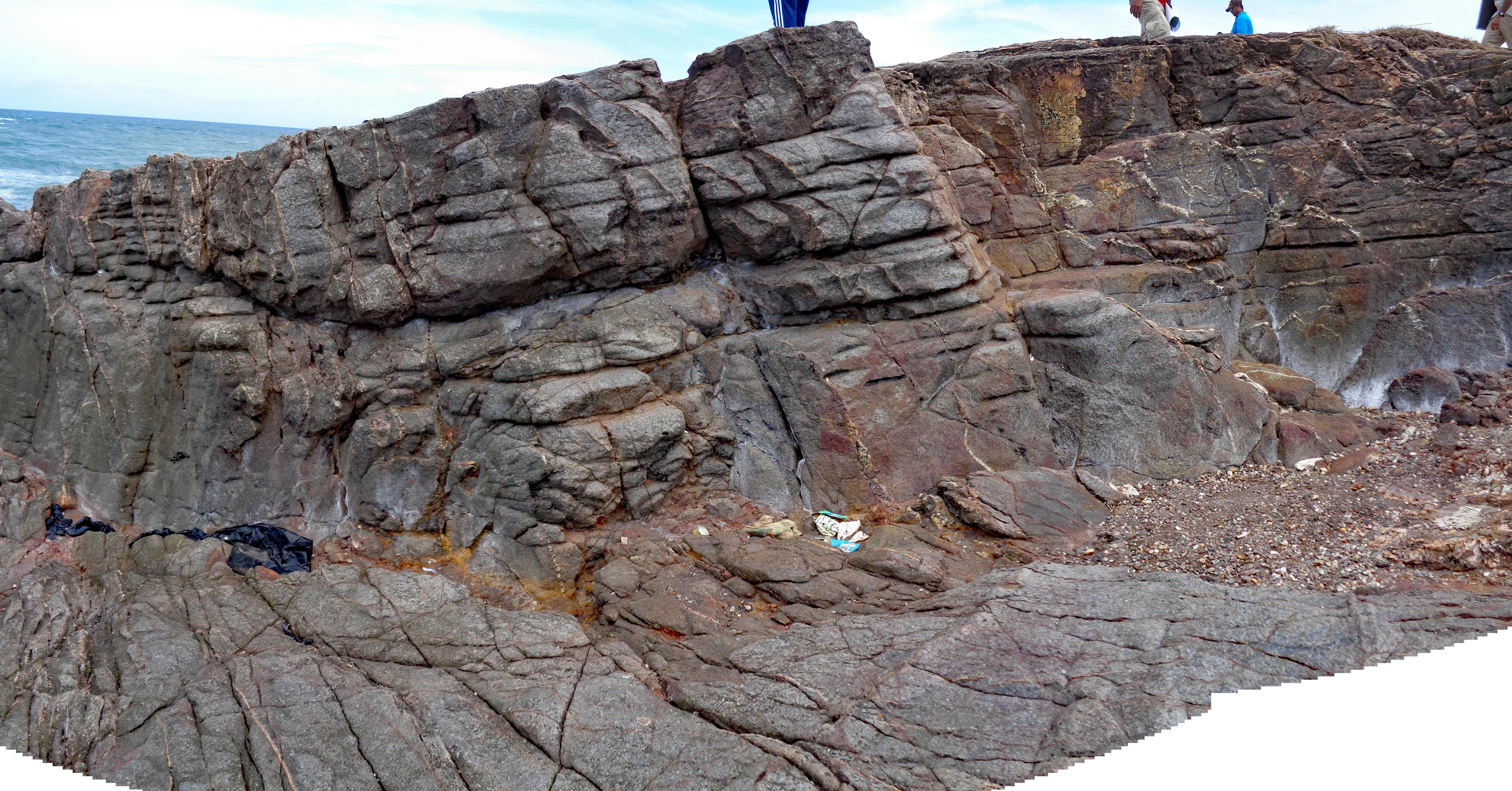 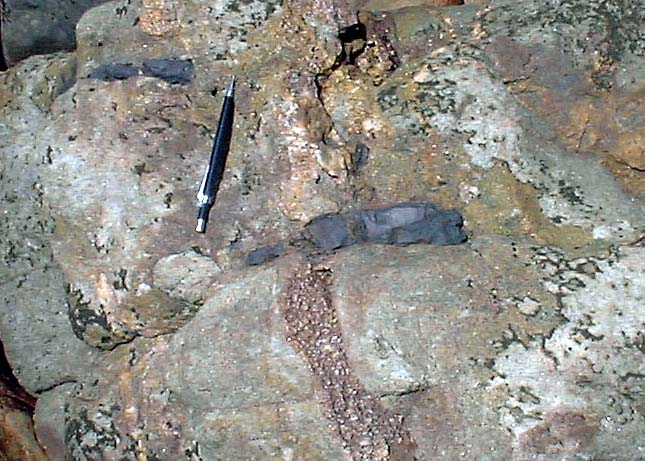 Clasts within the grits, all are elongate and show some parallelism. The clasts do not show any reaction to acid. 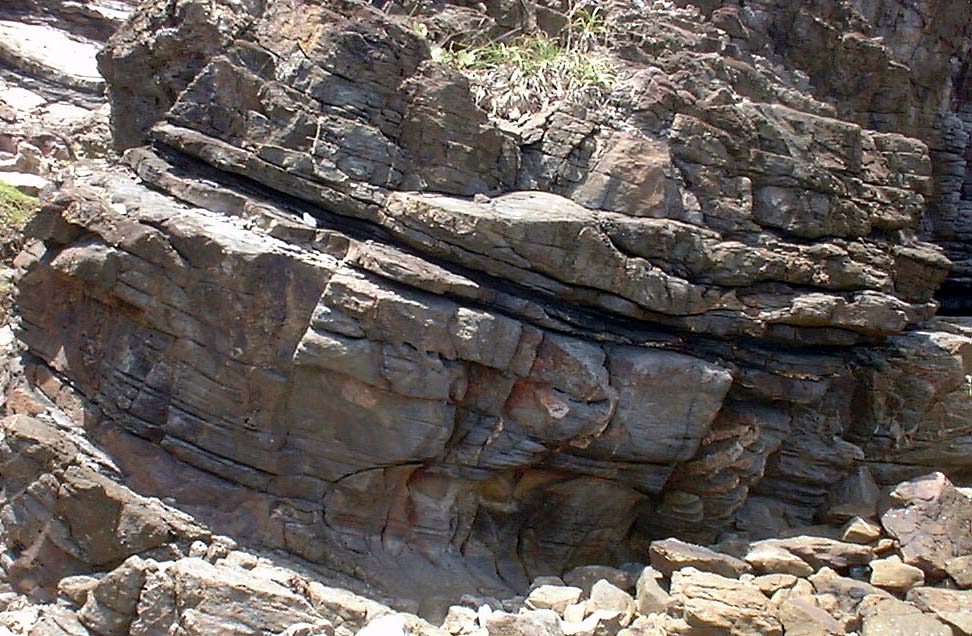 Outcrop at base of the cliff at the south end of Galera point showing graded bedding and channelisation. 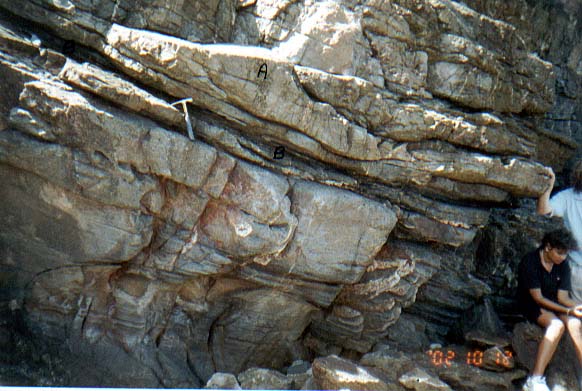 Close-up of channel. Clearly seen is the erosional base of the sand unit, and trough cross bedding. This suggests that the bed are overturned. The sand is capped by what was a shaly unit. 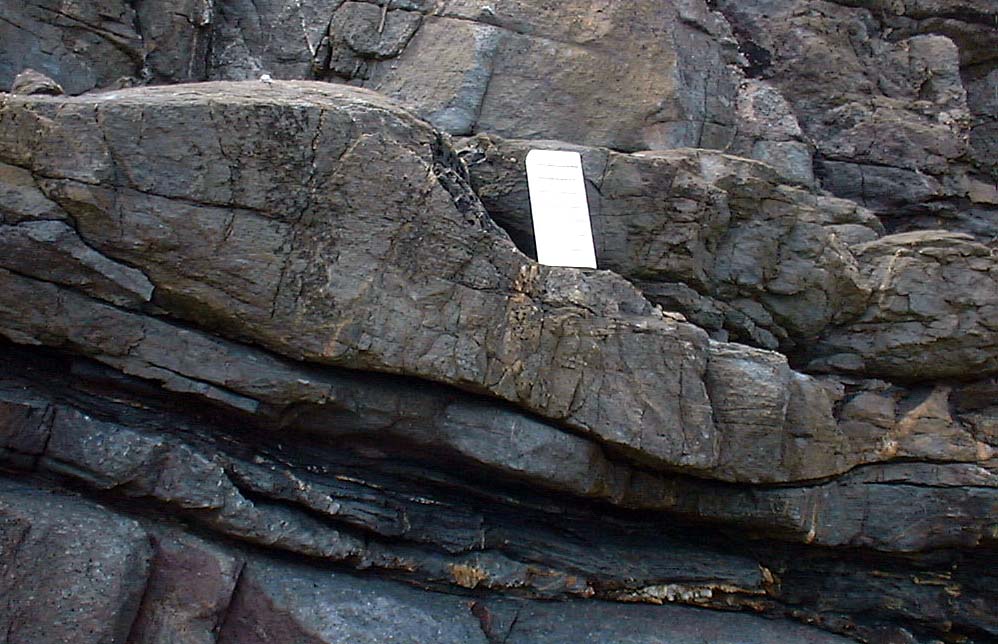 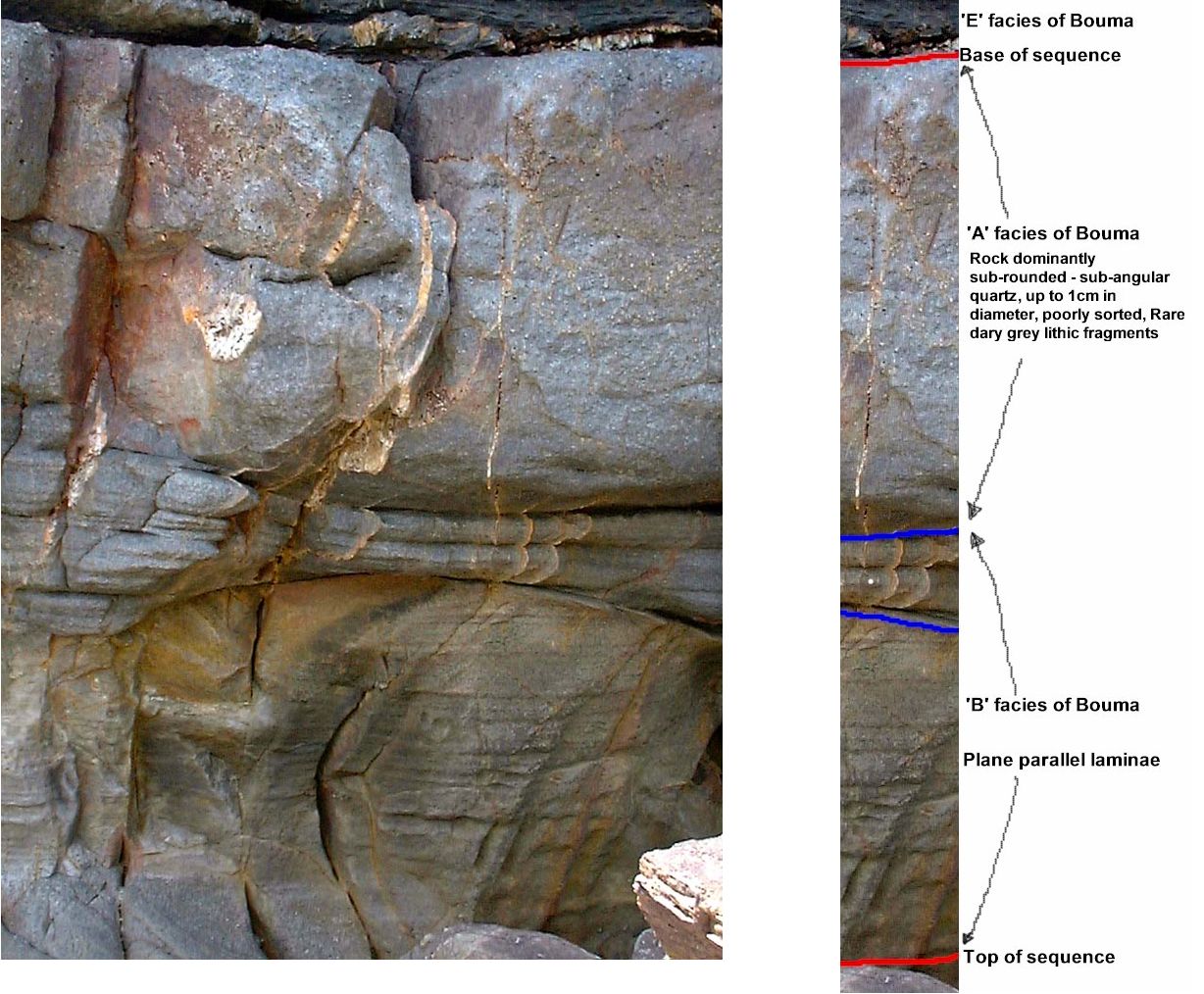 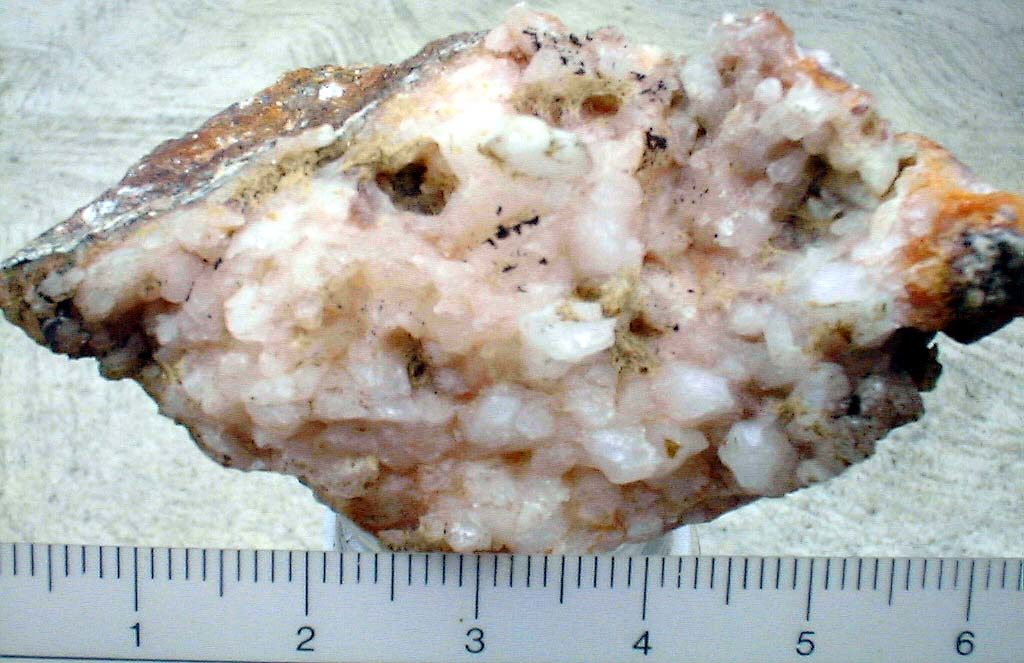 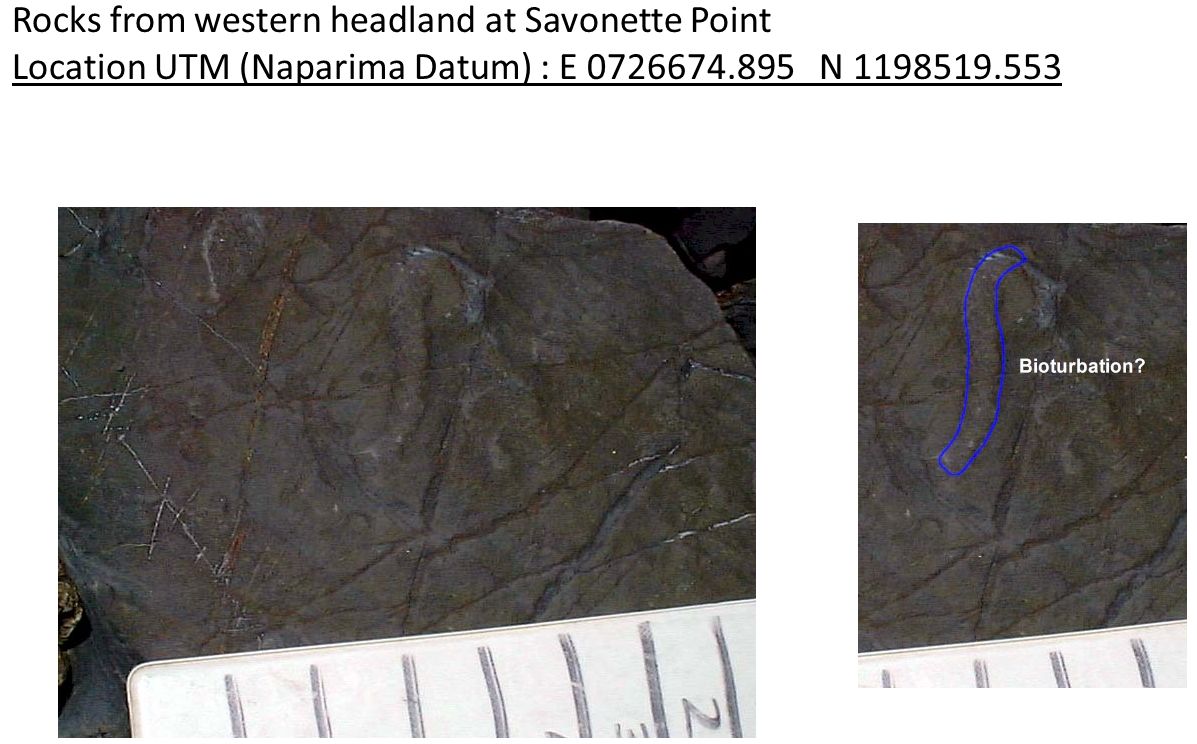 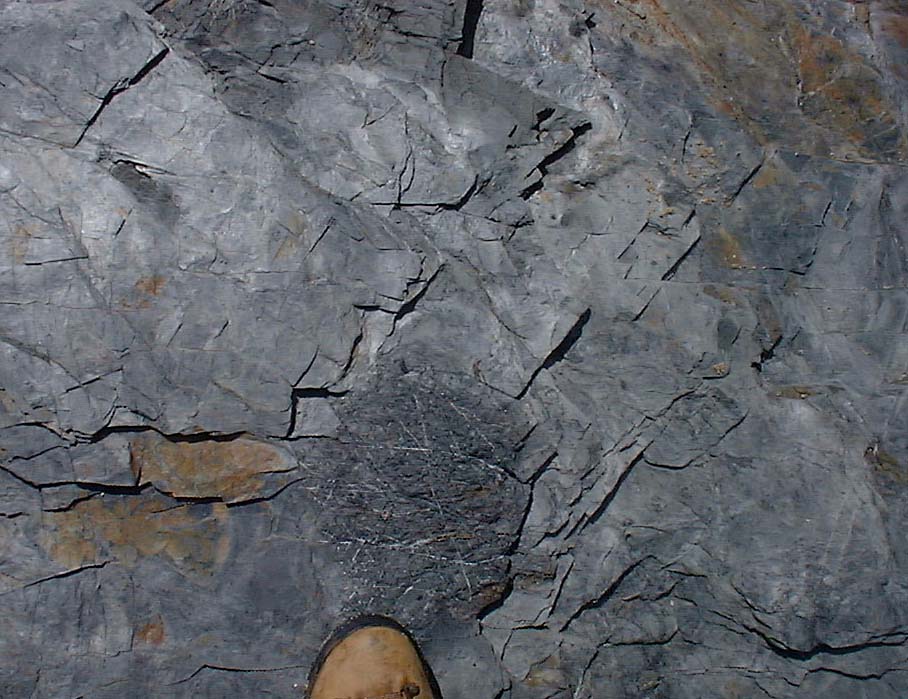 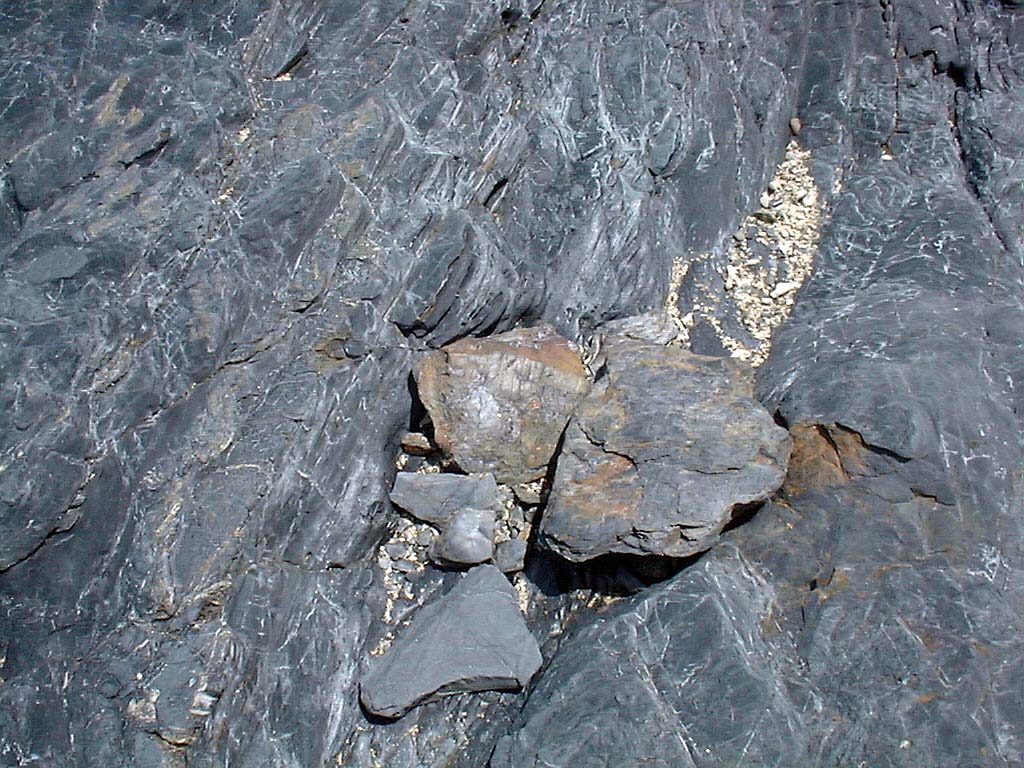 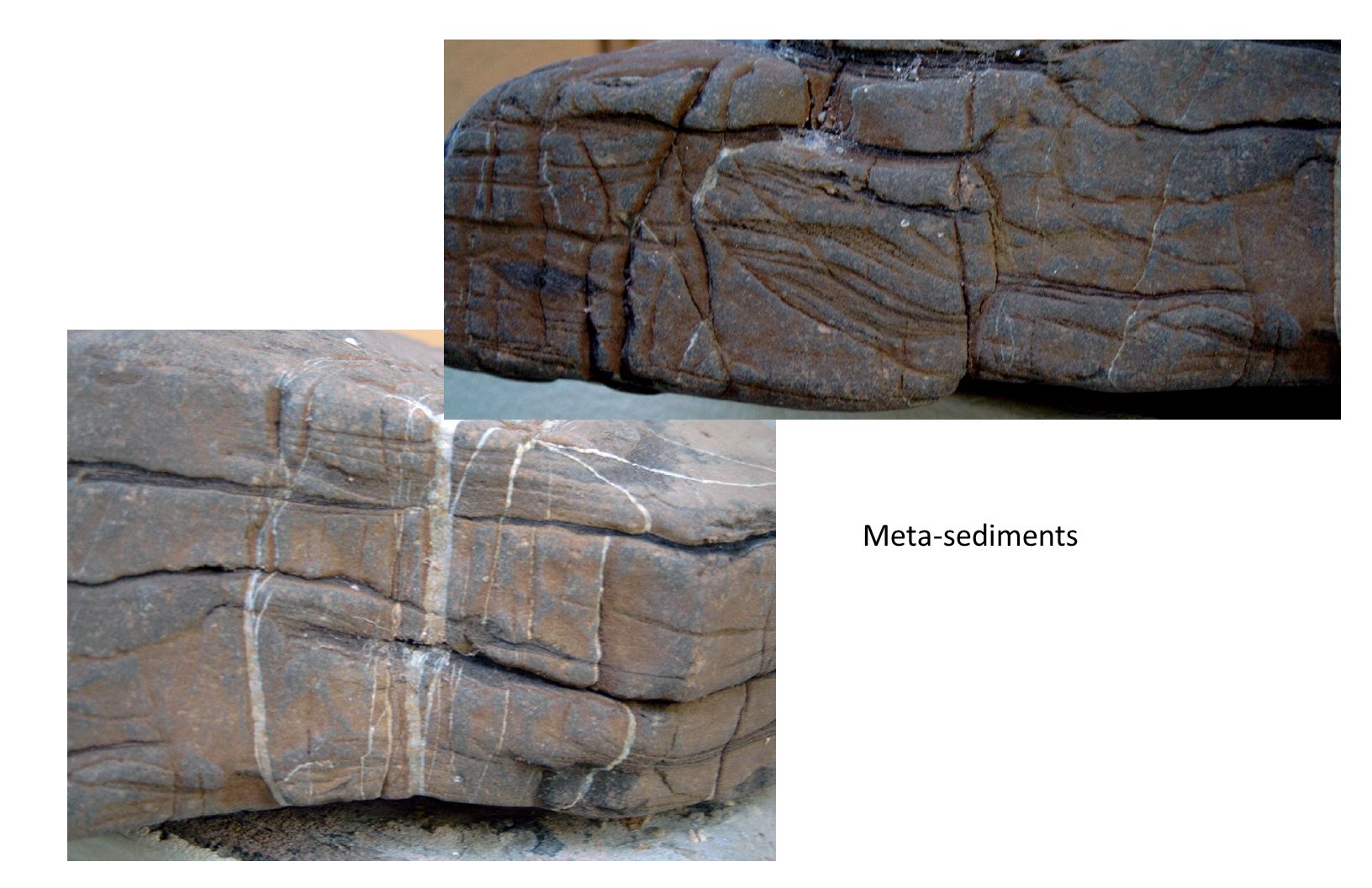 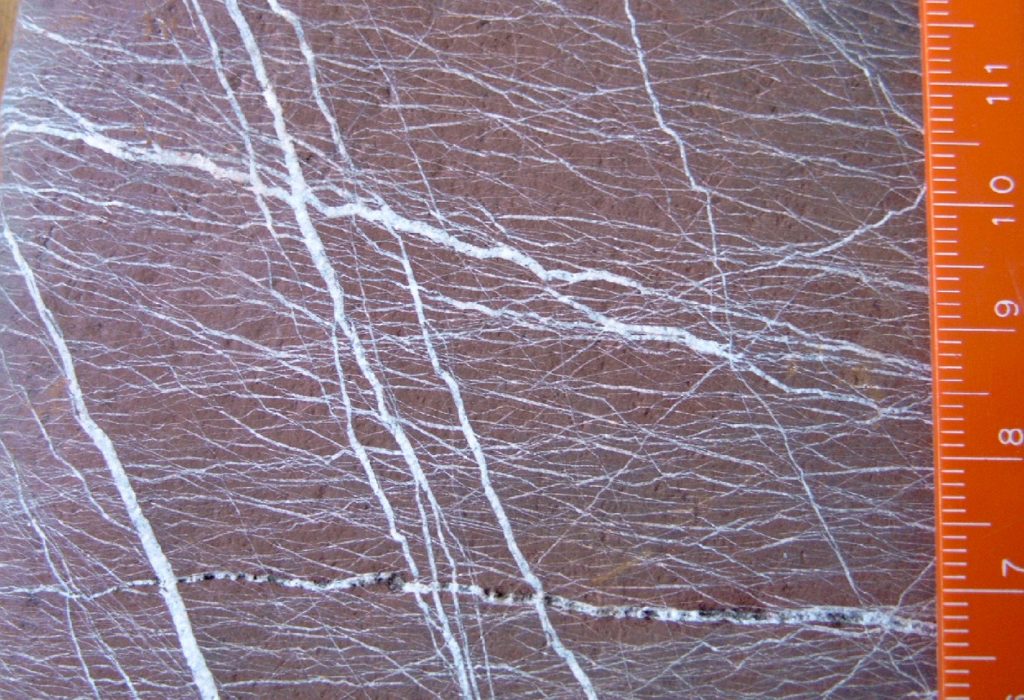