The Karamat mud volcano is located within the Moruga West field in southern Trinidad. It is approx. 50 hectacres in size and is roughly circular. The tassik is 90 in diameter and is of low shield form. When it was described in 1943 activity cm high) with vents of a few cm diameter in the central part of the tassik. Miscellaneous boulders and pebbles of various lithologies dotted the surface of the tassik. Other isolated was minimal: there were only very small sluggish cones (A and B type – 25 to 50, small cones can be found scattered in the bush up to 200m from the tassik area.

When visited on 3-3-2004 activity was minimal. Only 3 very with plants.small vents were active, the tassik, estimated to be 1 acre in size, was overgrown 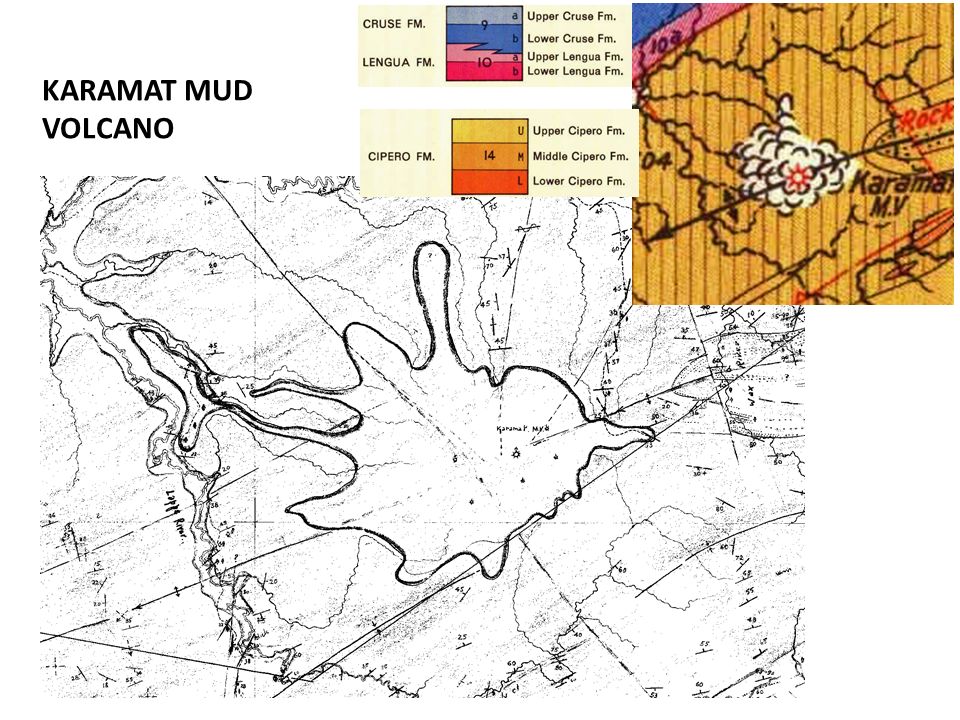 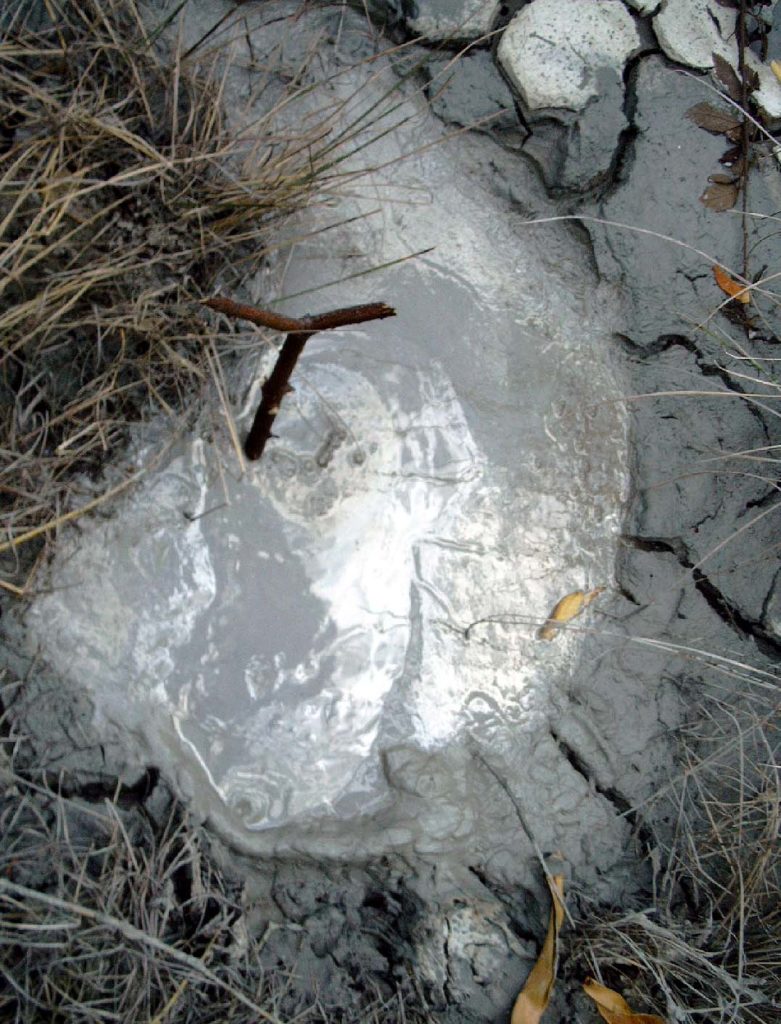 Location UTM (Naparima Datum) : E 0678541.571 N 1118872.790
This small pool had liquid mud, emitted gas bubbles (40 in 3 minutes), oil is visible in the mud. The surface of the mud also vibrated when someone walks nearby, suggesting the ground is not very consolidated or there is a pool of liquid mud beneath the surface crust. Field personel from Neal and Massey Energy indicated that there was a fairly large cone in the tassik until recently, a well was drilled to the NE of the mud volcanoes since then the cone disappeared and activity declined. 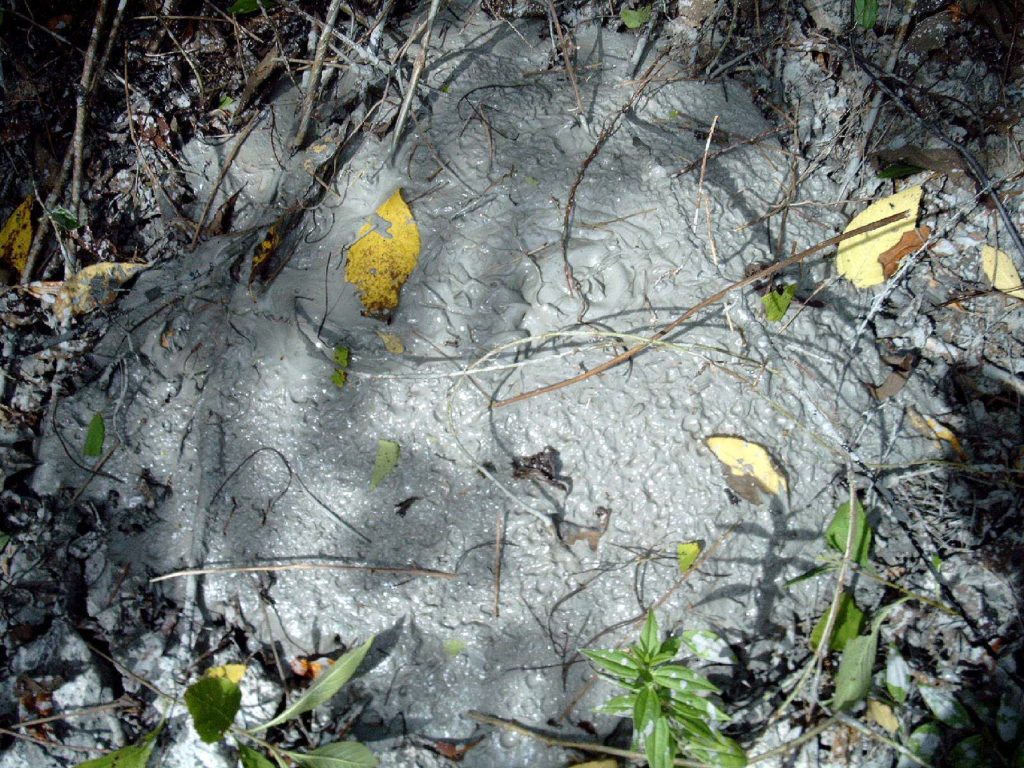 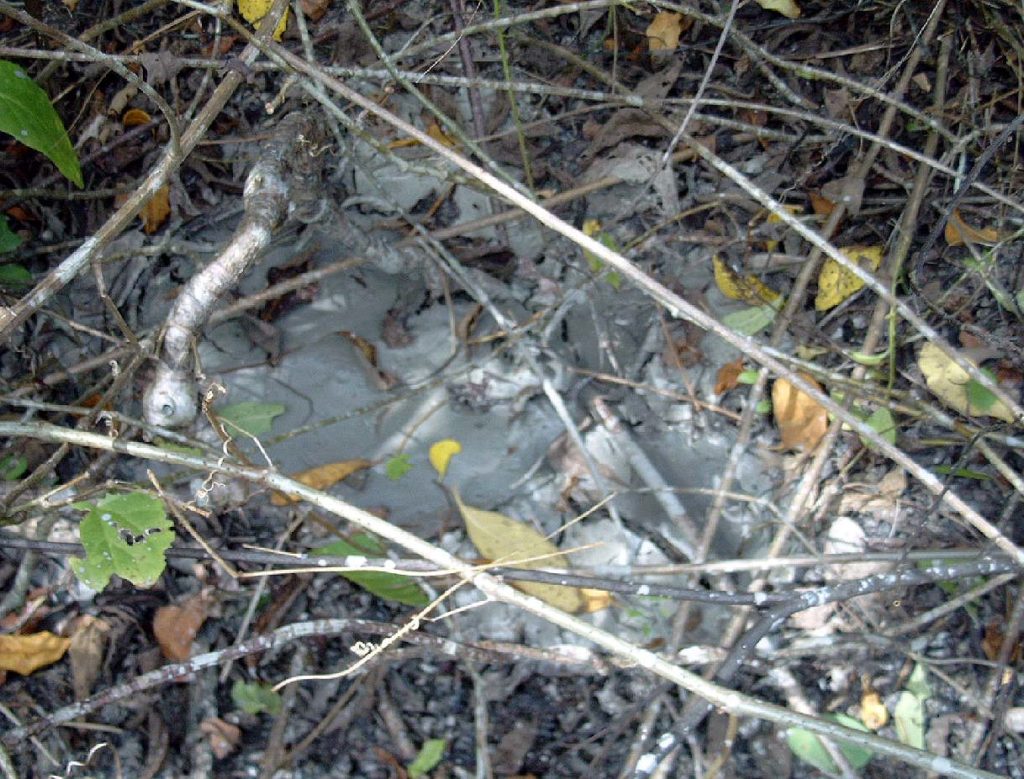