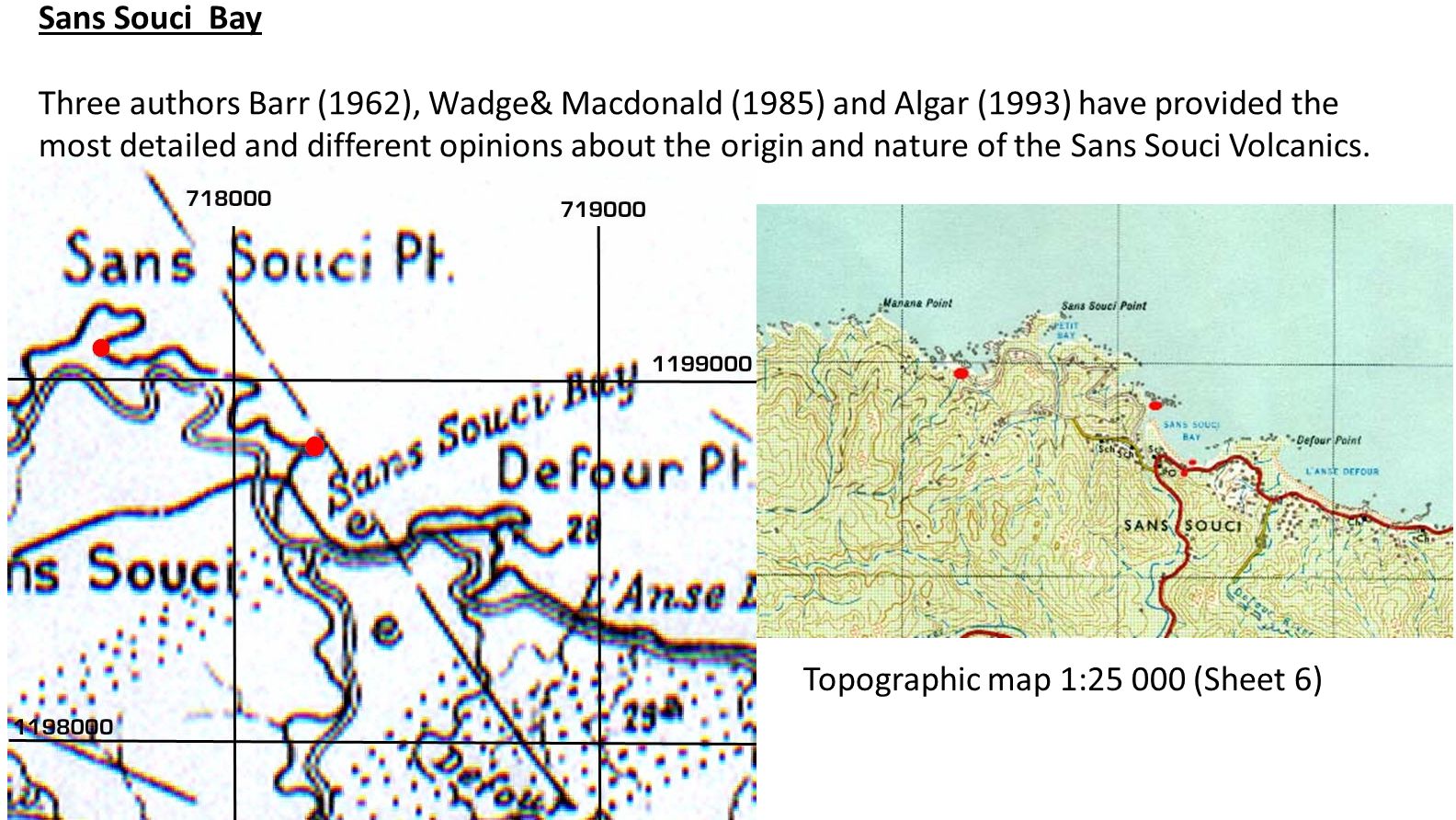 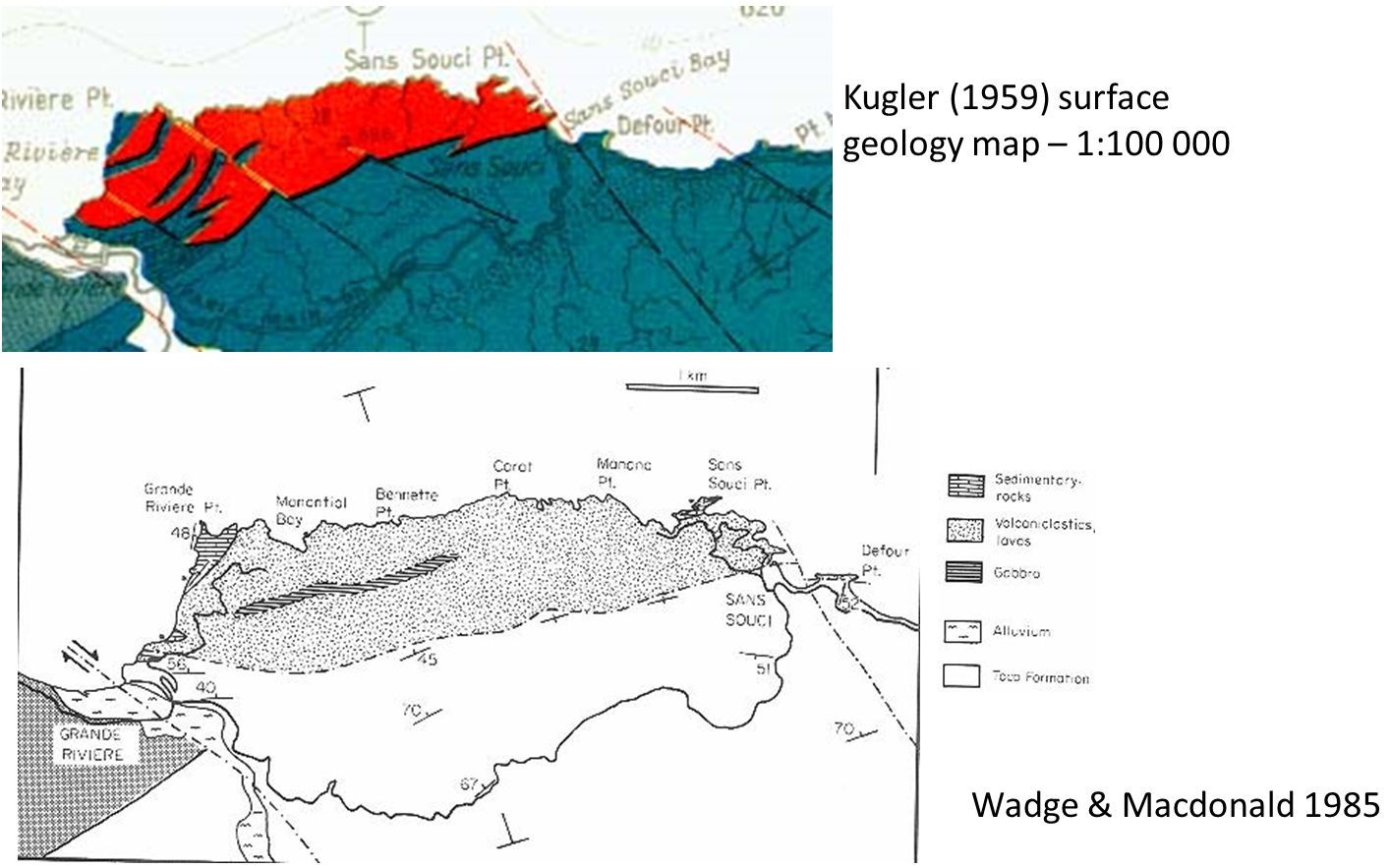 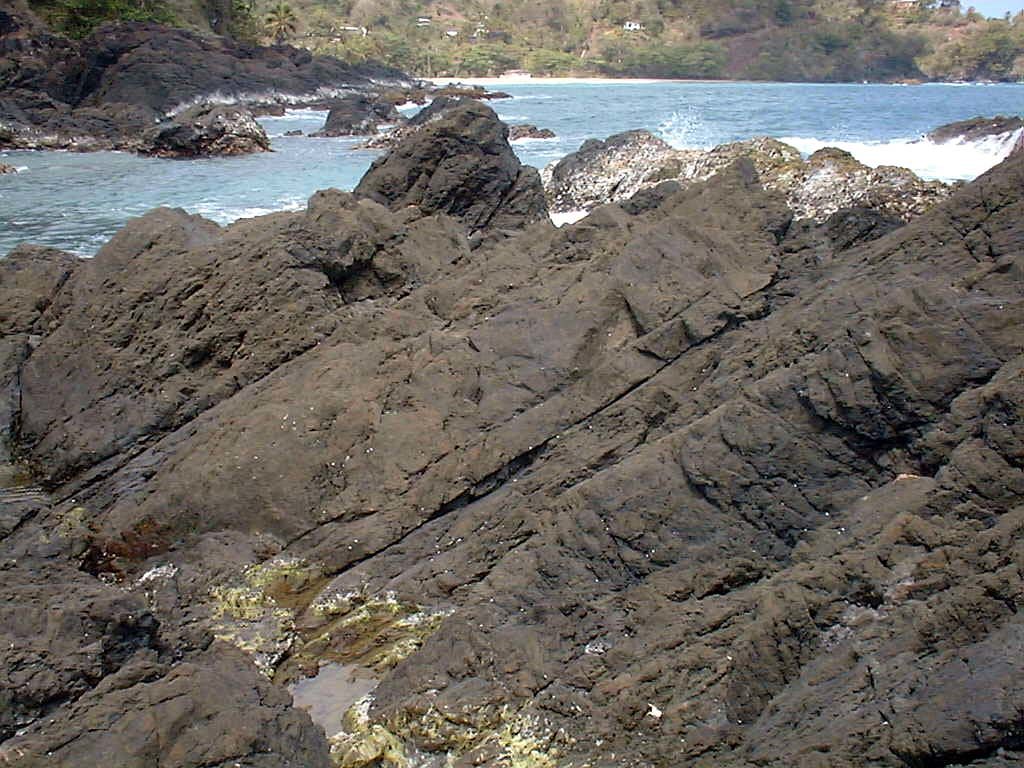 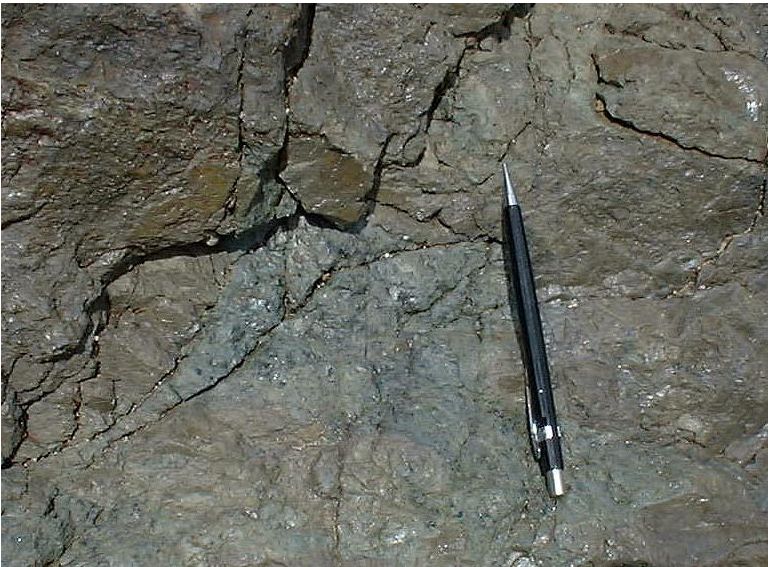 Close up of the volcaniclastics, no crystals are visible, although the greenish grey colour in the center may be due to mineralogy (chlorite?). 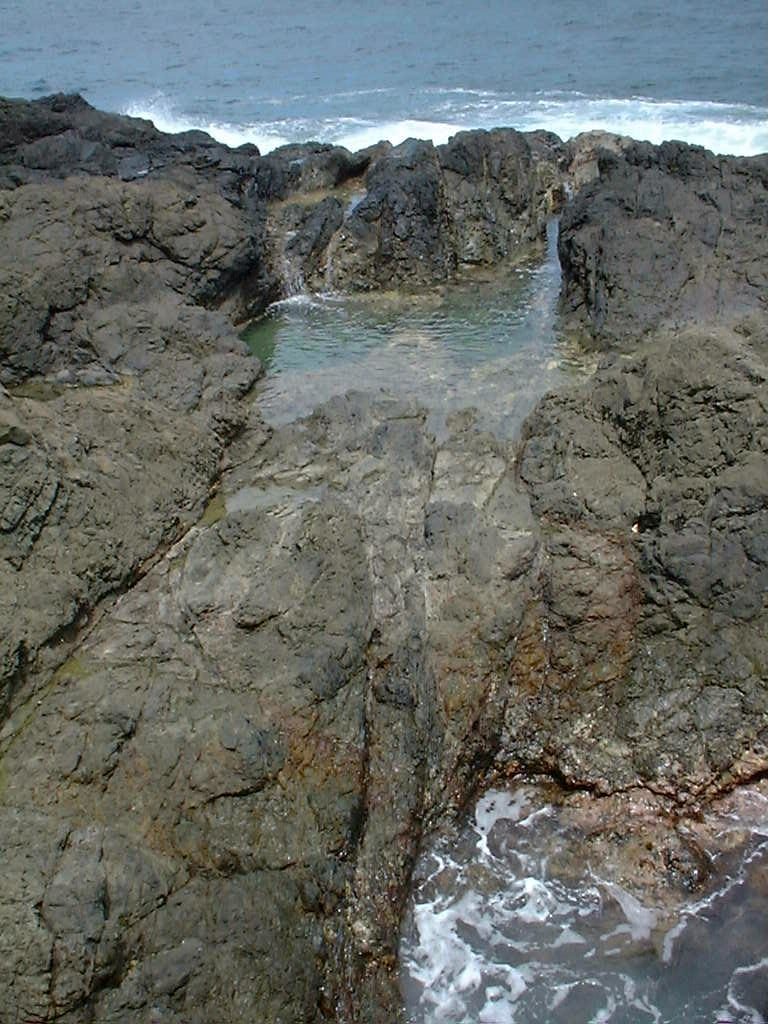 Fault zone within the volcanics, , azimuth is 0400 – 2200 . This is one of two zones. Three sets of fracture orientation are also seen. 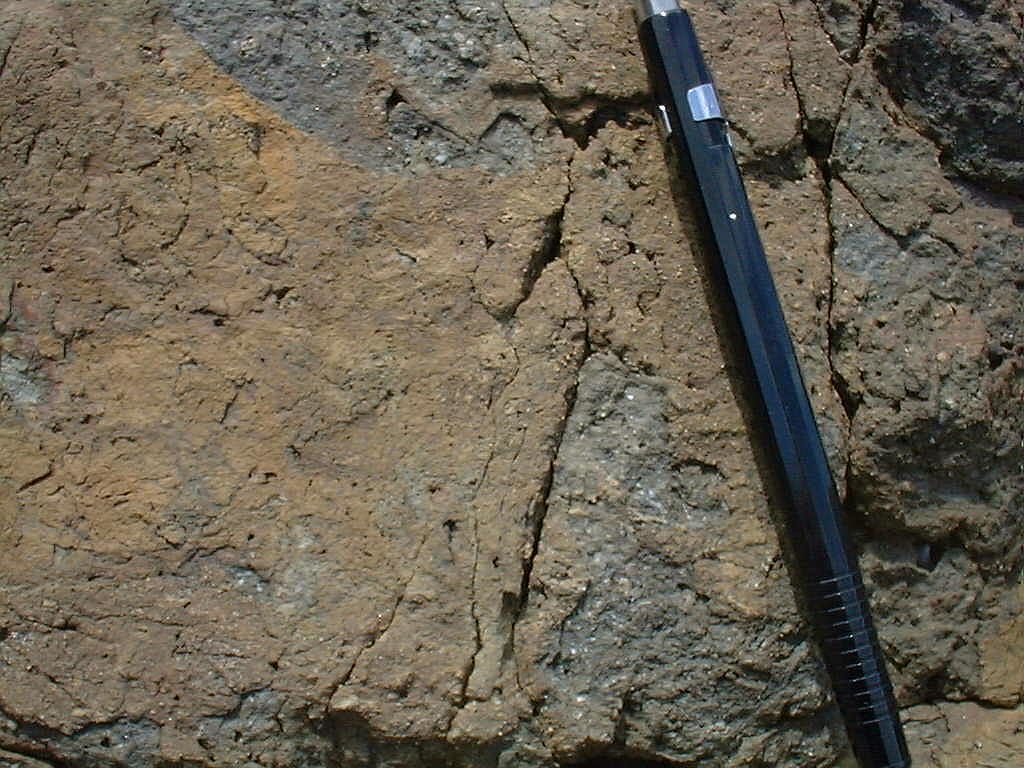 Small crystals are seen, normally the rock is microcrystalline. 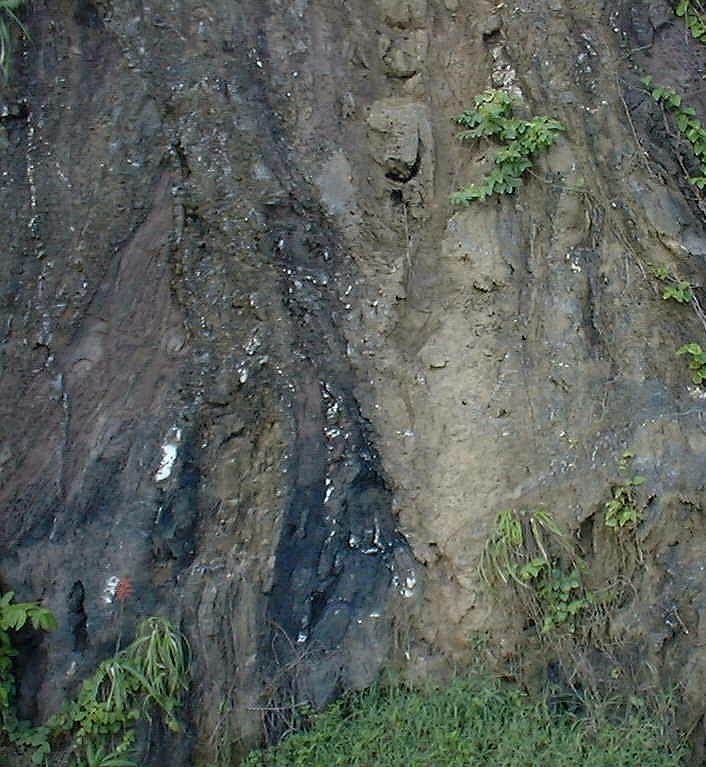 Close up of SE-NW trending vault zone, the dark grey rocks are limestones, while the others are argillaceous with minor sandstones. 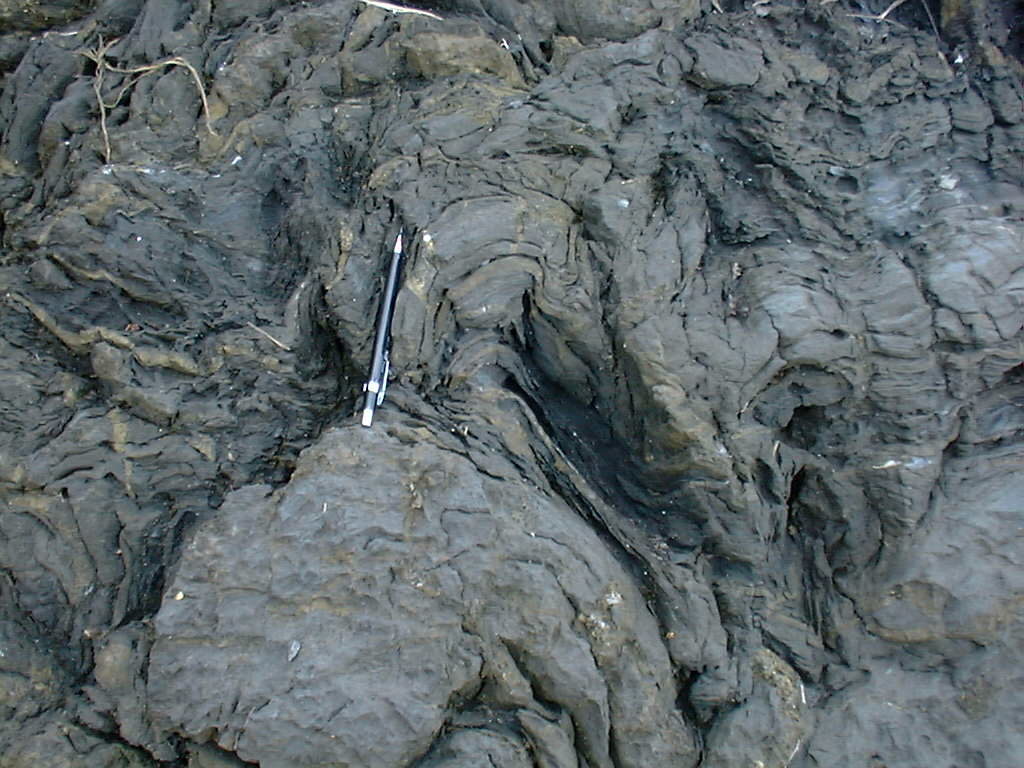 Deformed limestones, most of the features appear to be the result of post depositional deformation. The following photo also illustrates folding and the development of slight cleavage 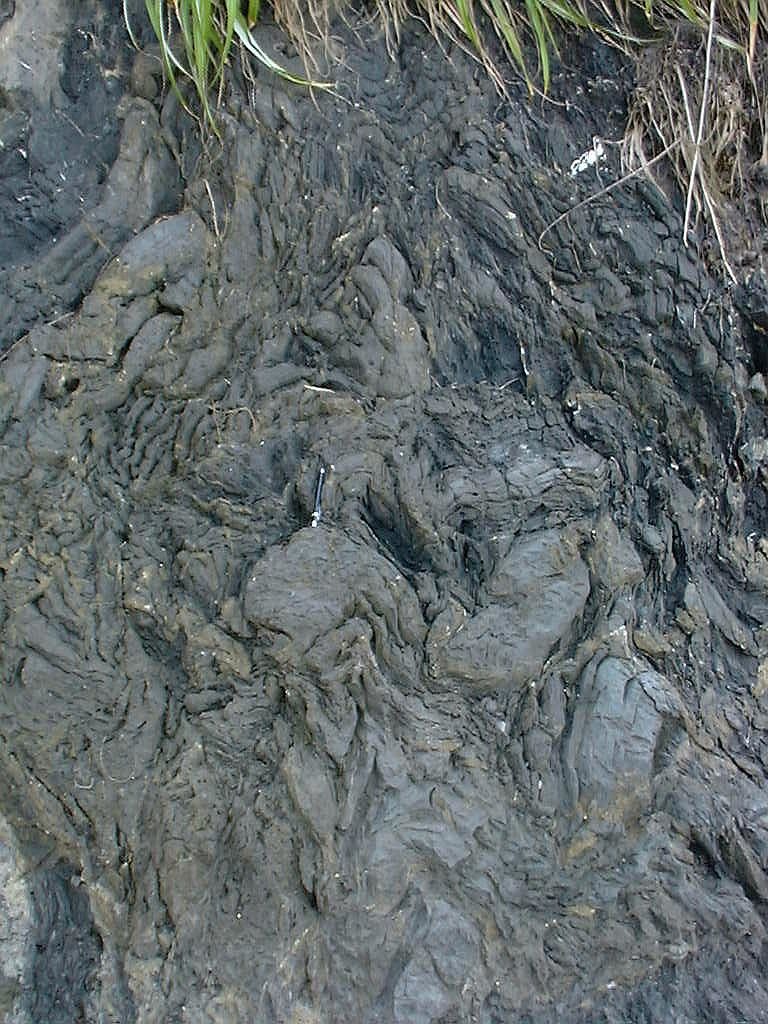 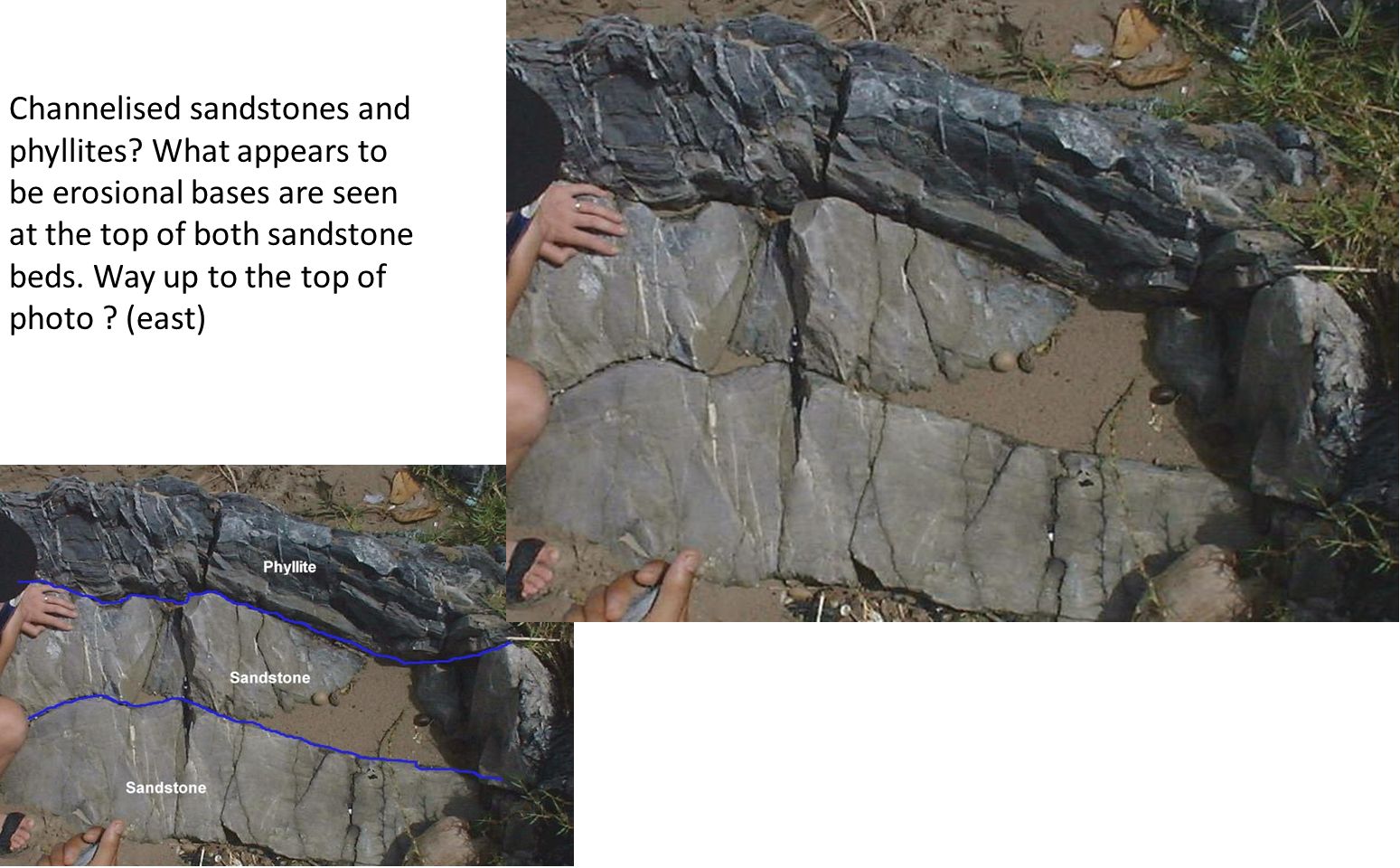 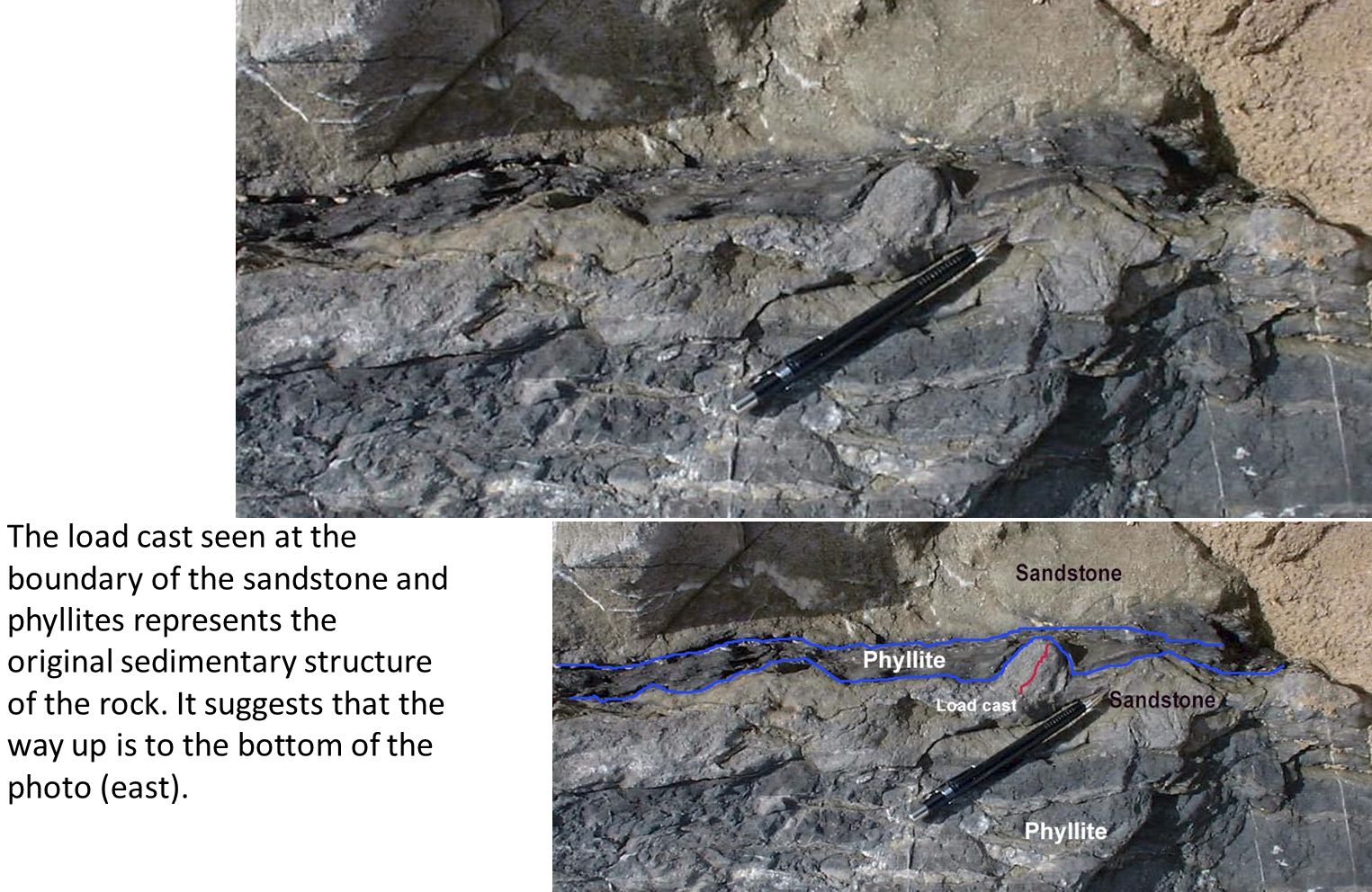 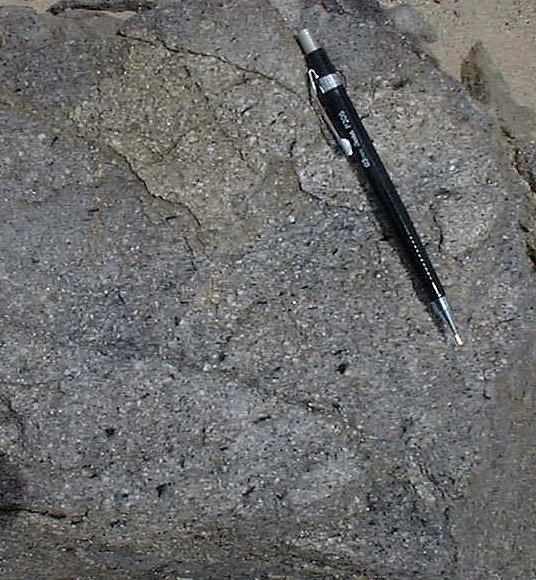 The sandstone is coarse, predominantly quartz, with minor black lithic fragments. The grains are subangular and are moderately sorted. The black grains exhibit some parallelism, that may be related to their original deposition. 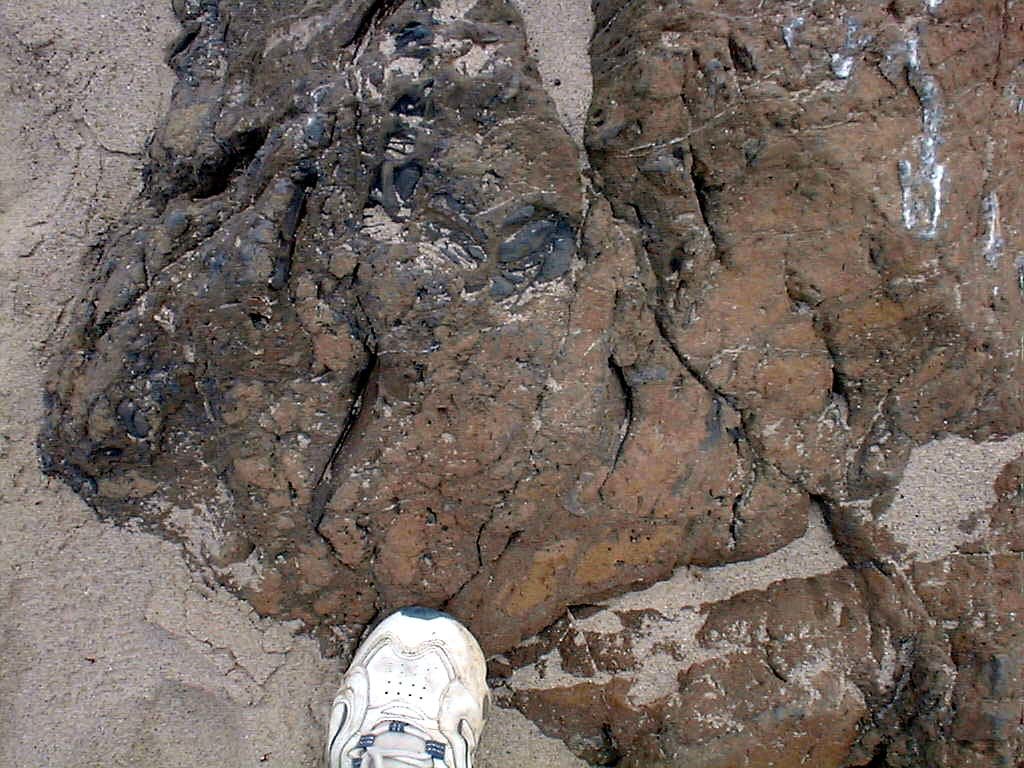 This bay (Depot Bay) is made up a variety of rock types, according to mapping by Wadge (1985) the tree covered headland is made up of sedimentary rock while the foreground is volcanic 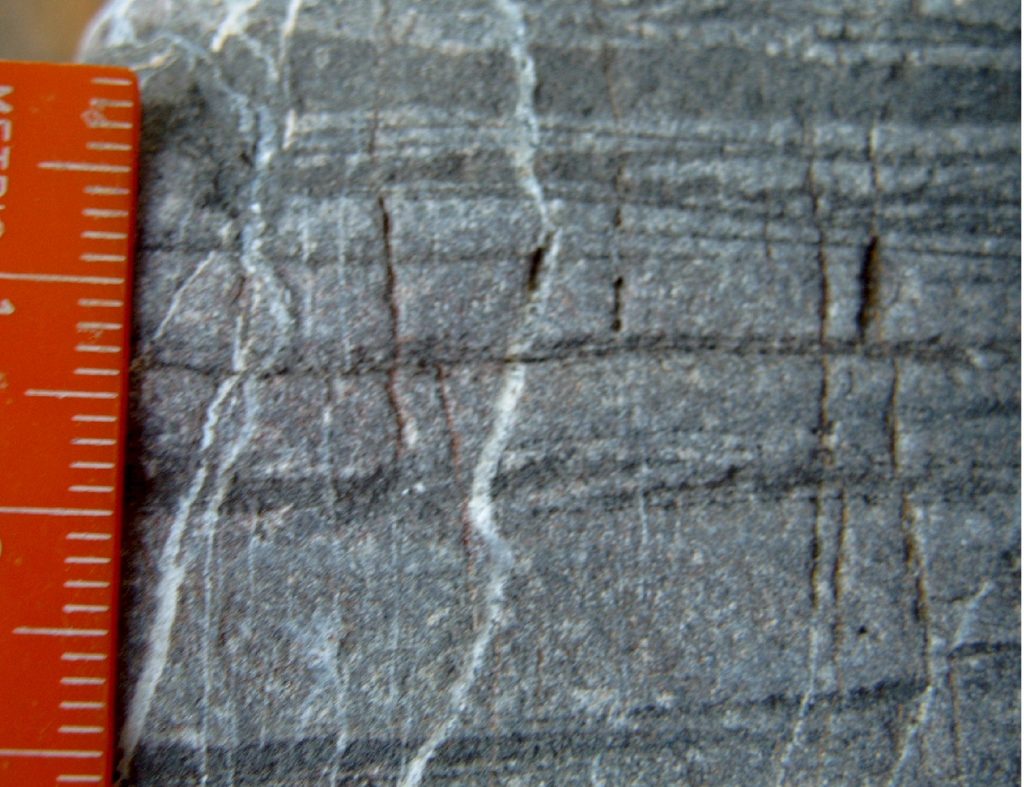