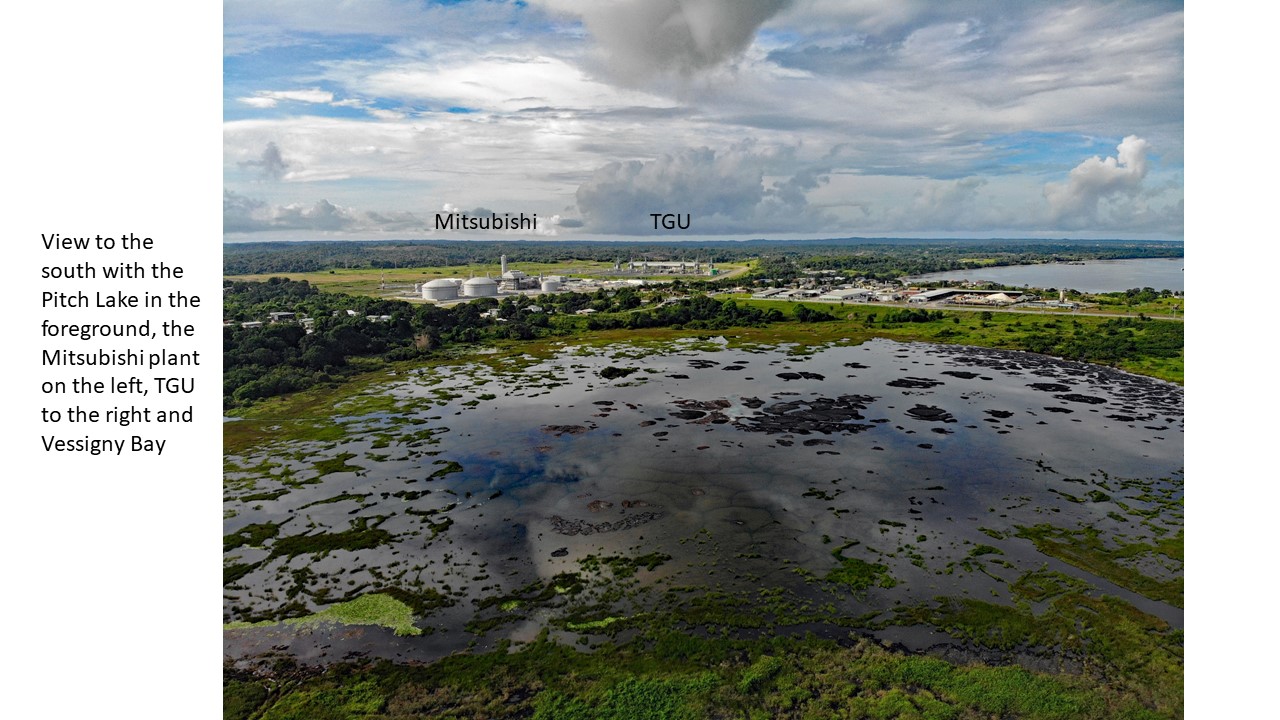 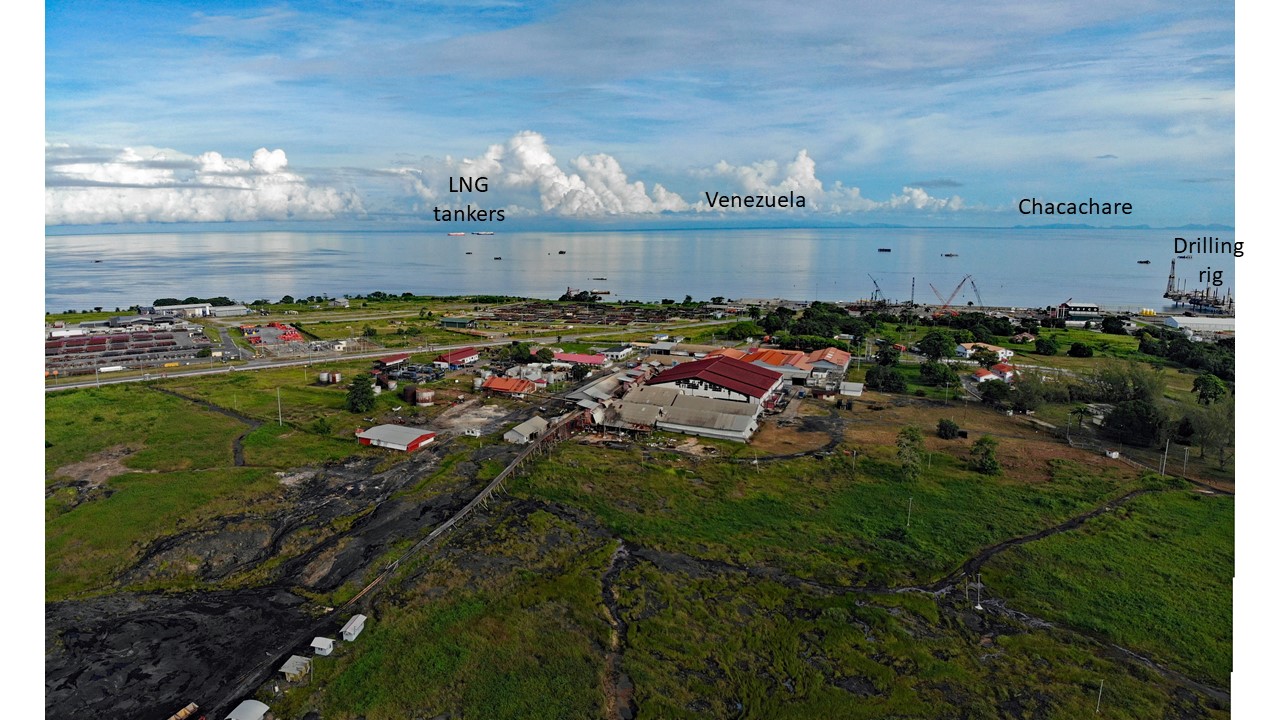 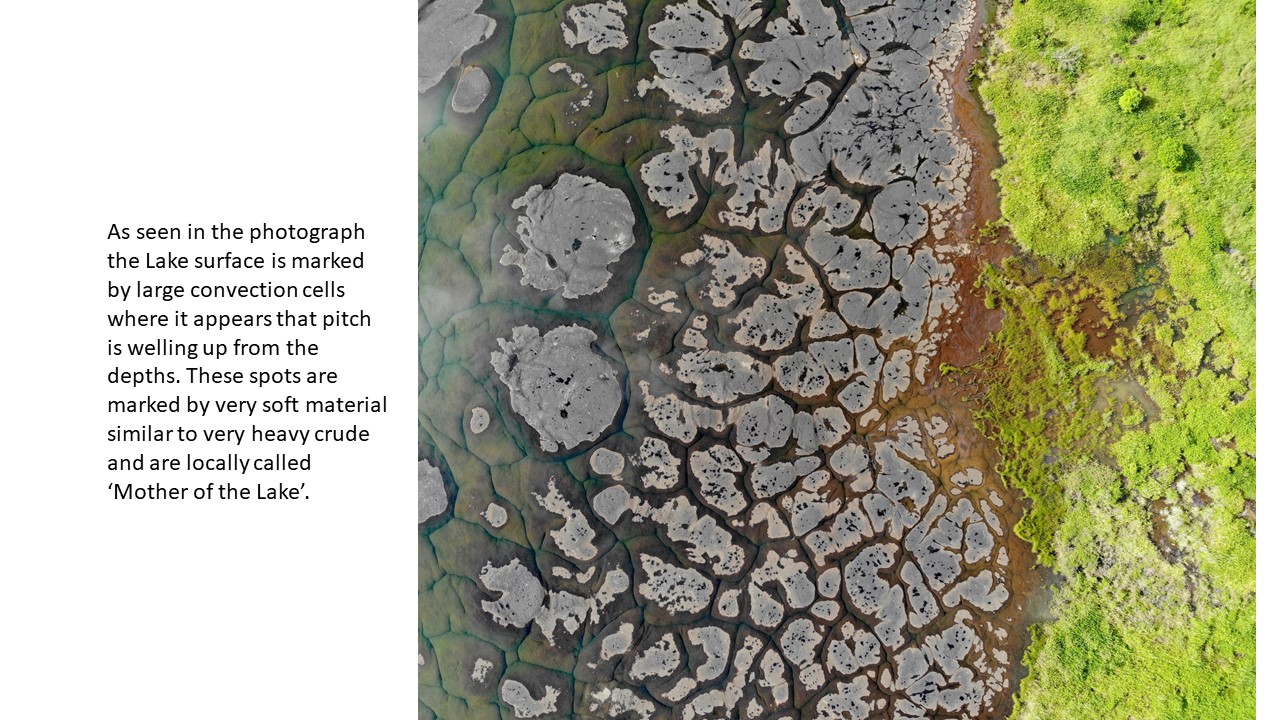 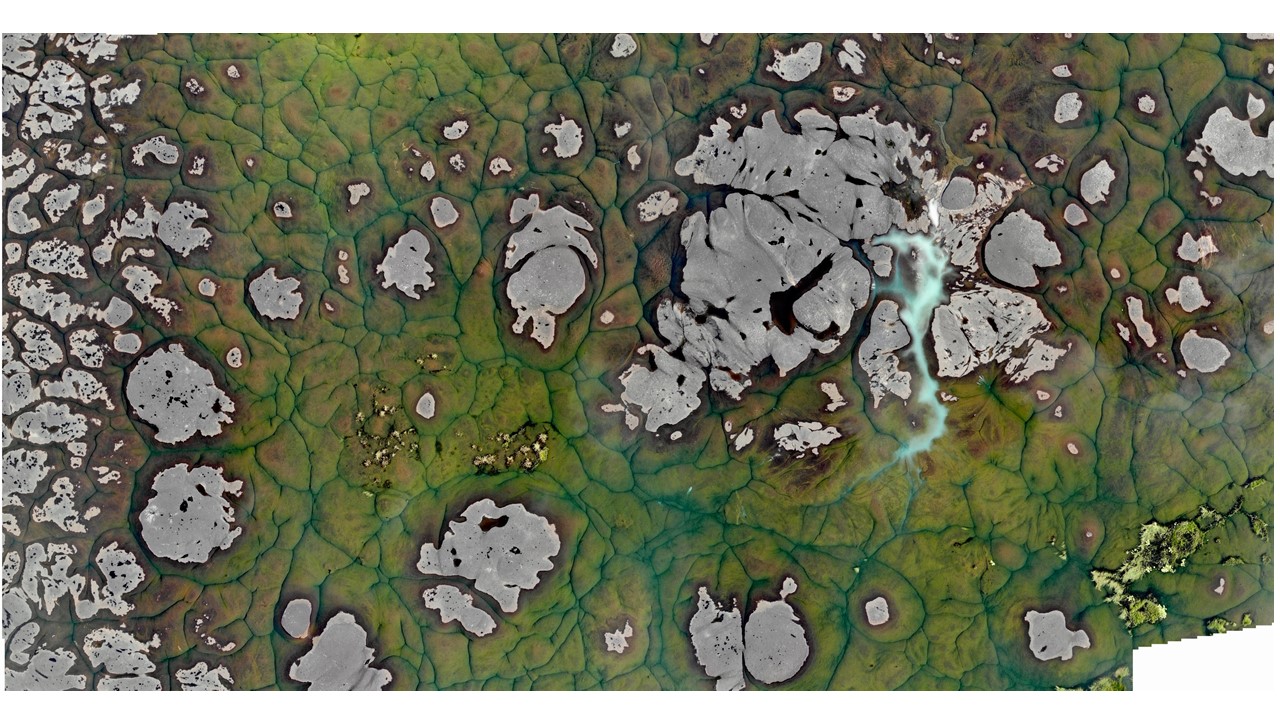 Old documents that describe the Pitch Lake  starting from 1794 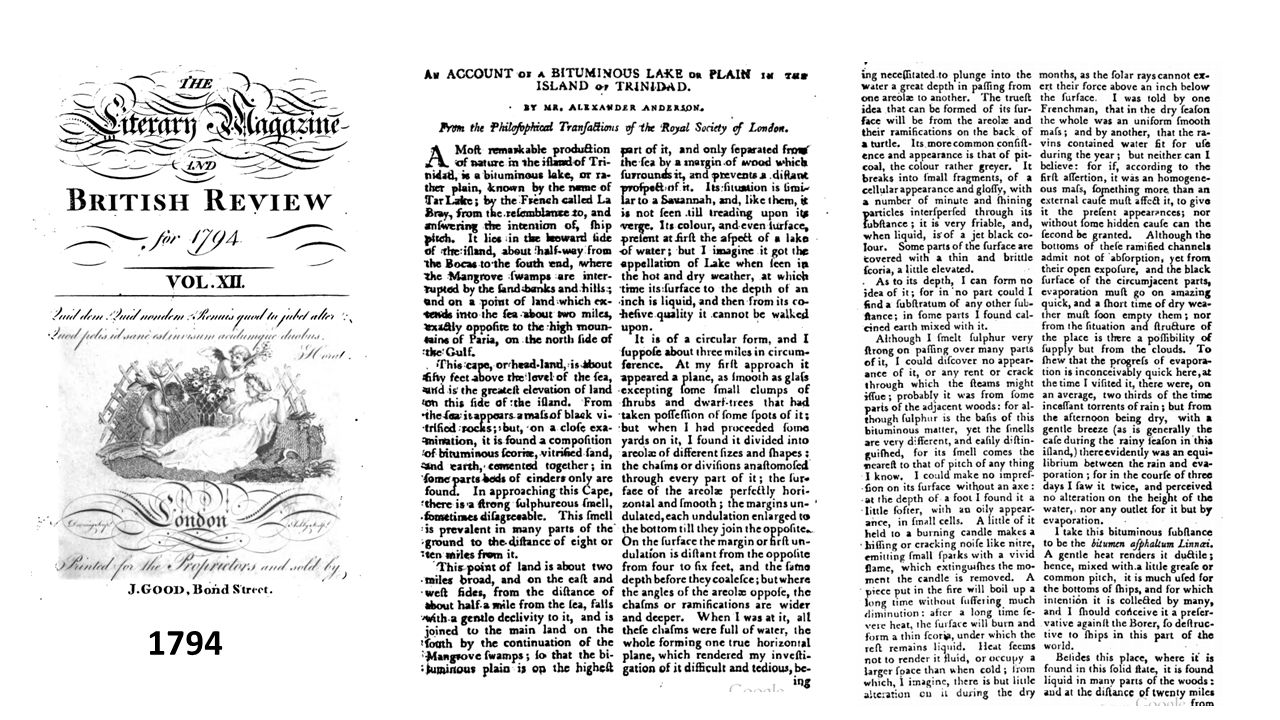 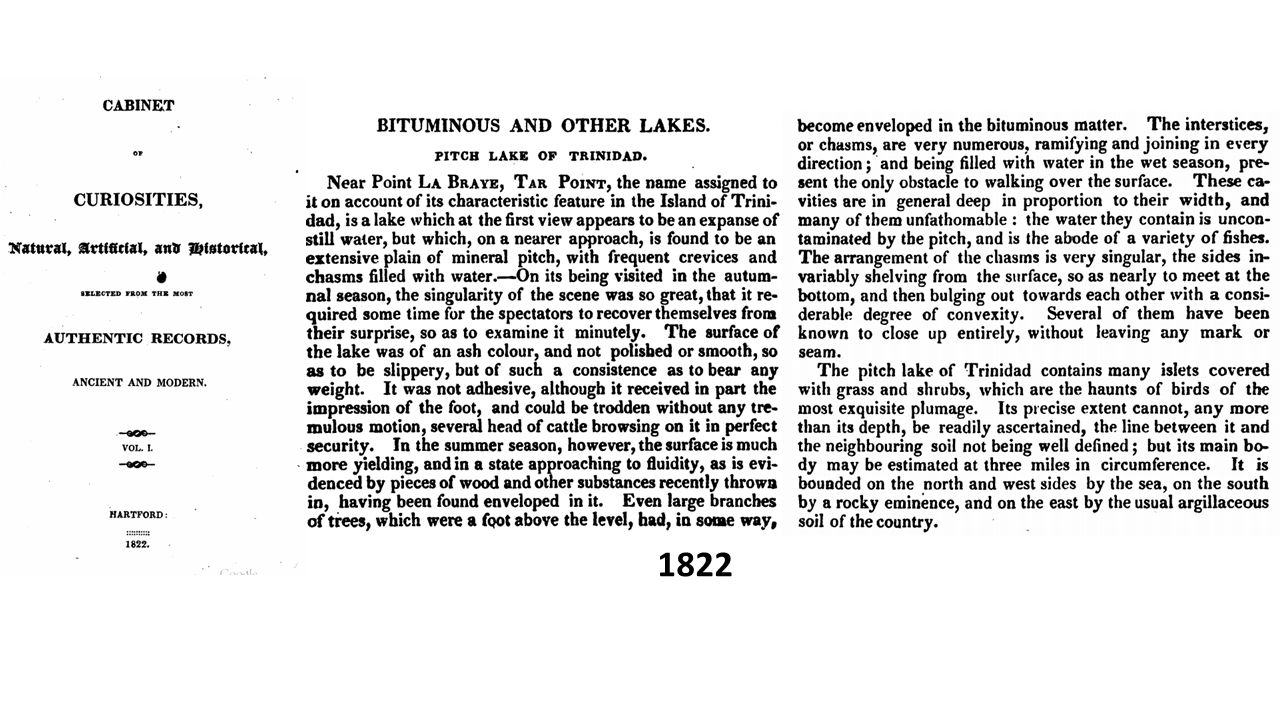 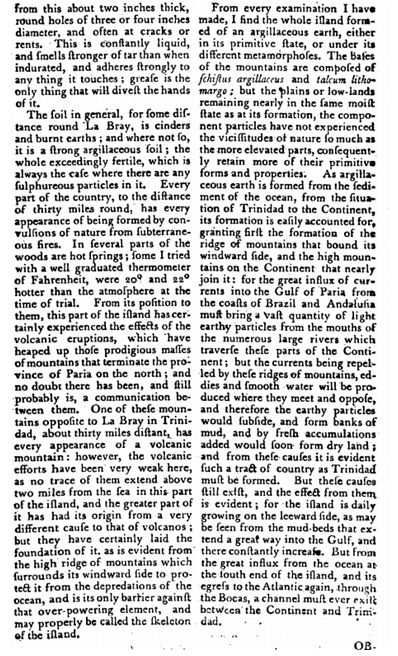 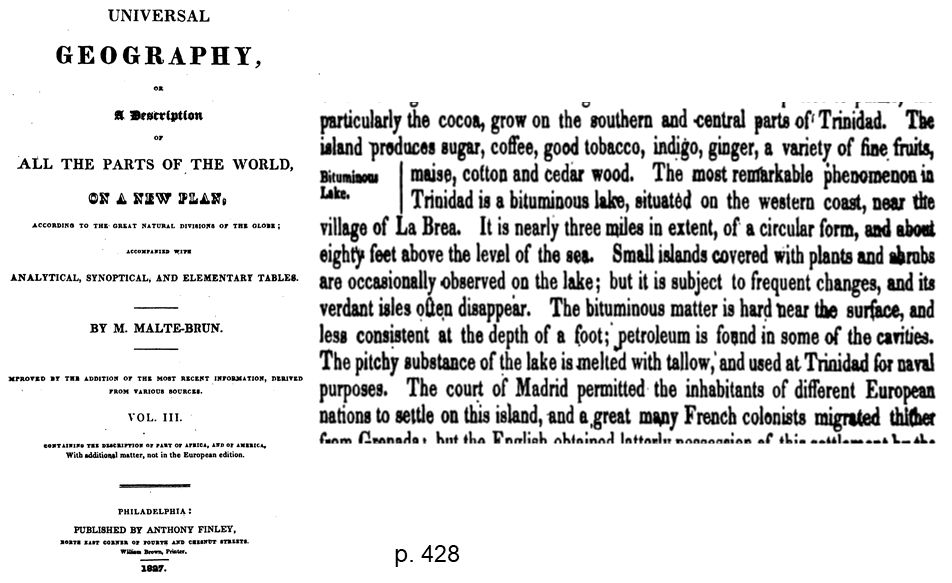 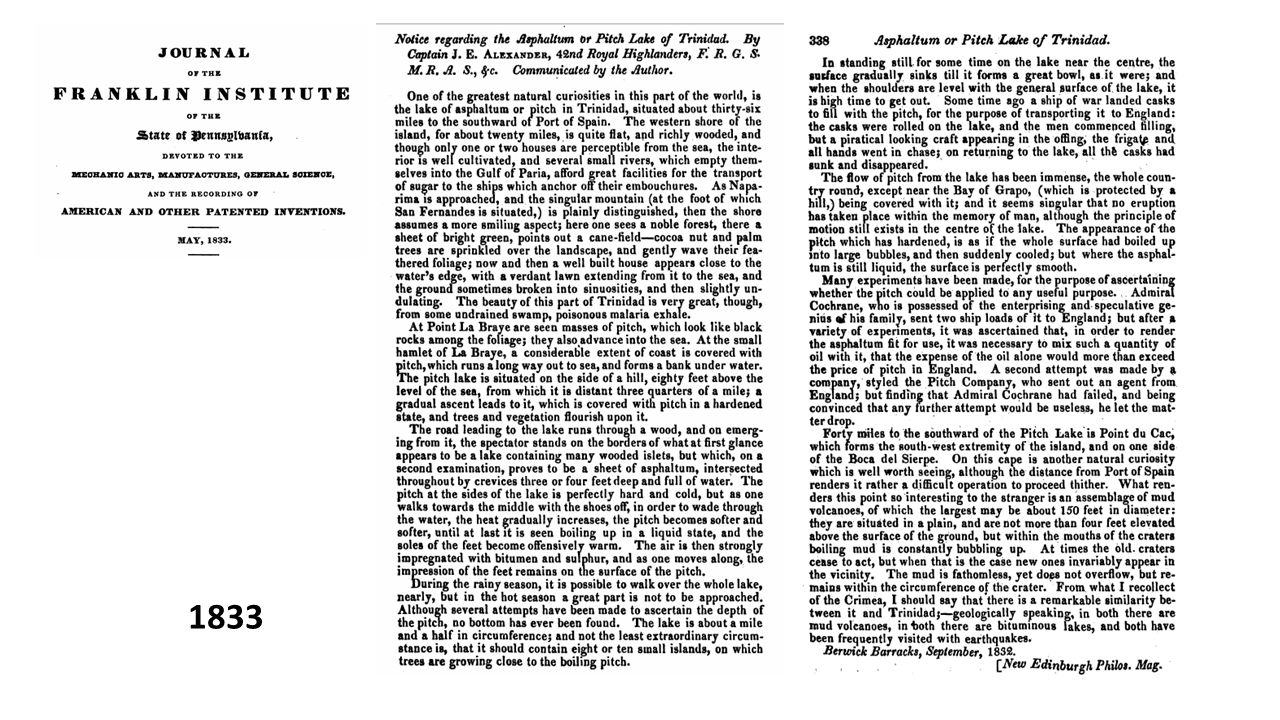 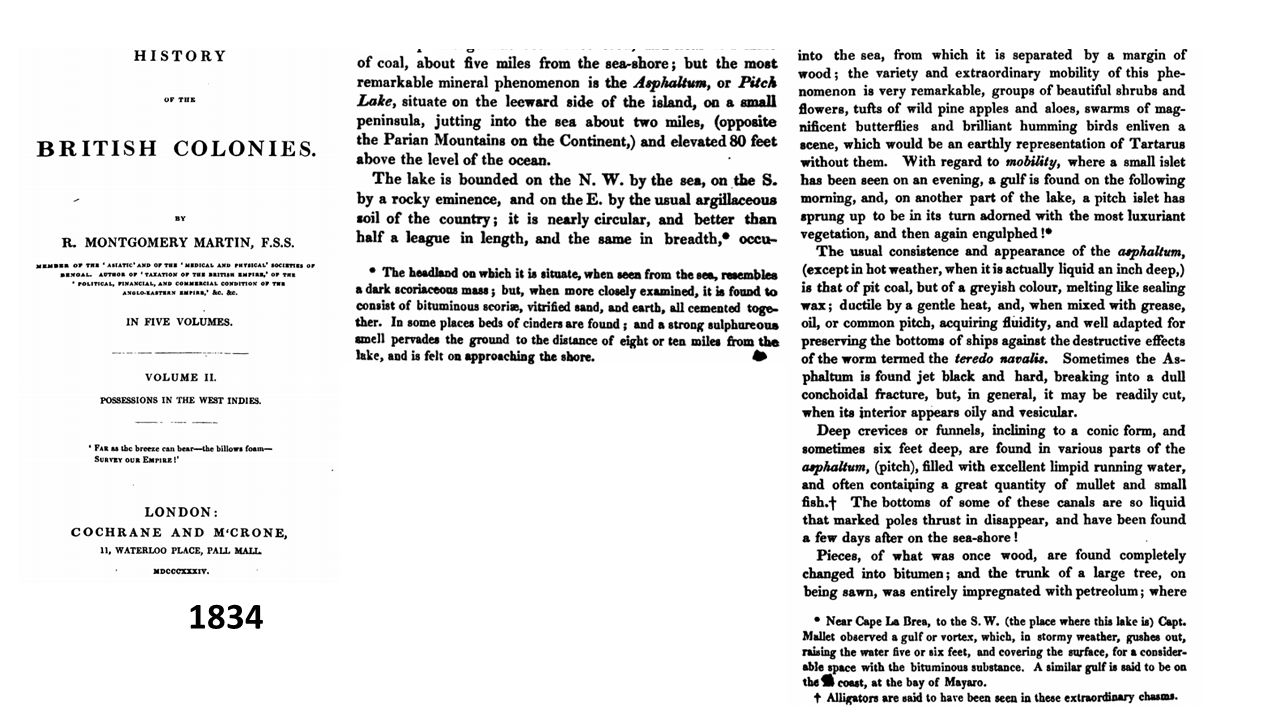 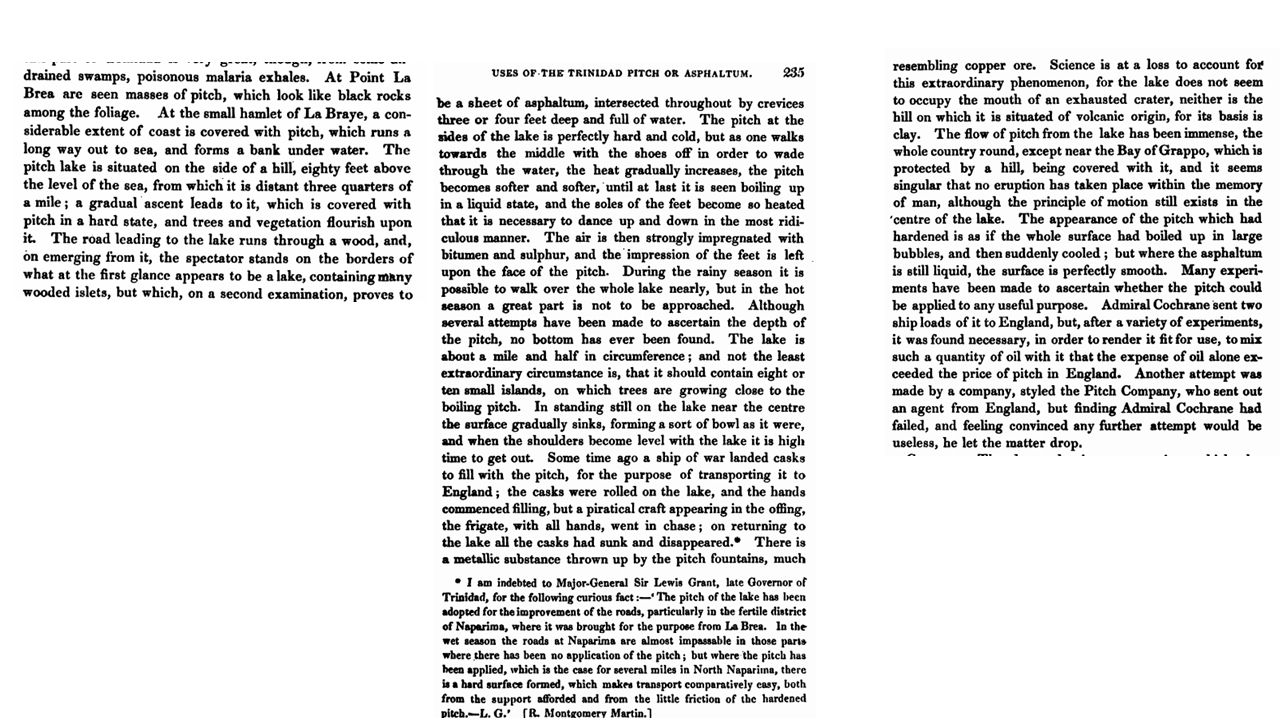 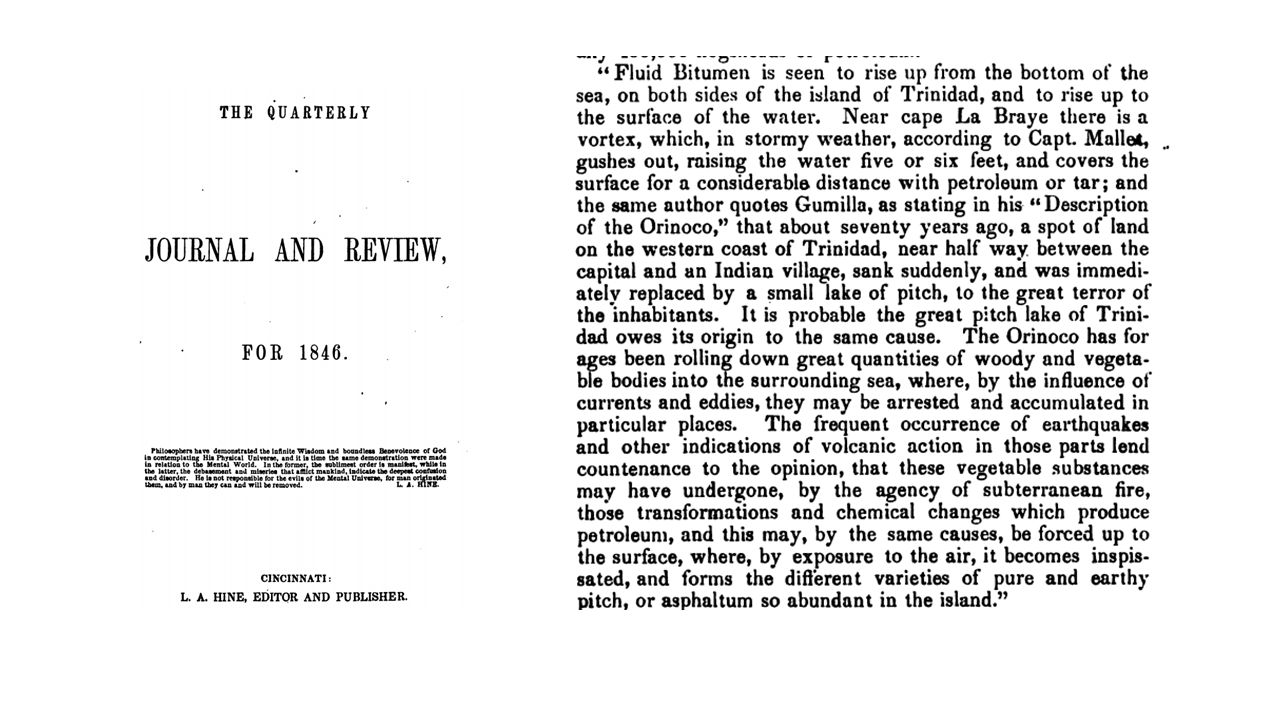 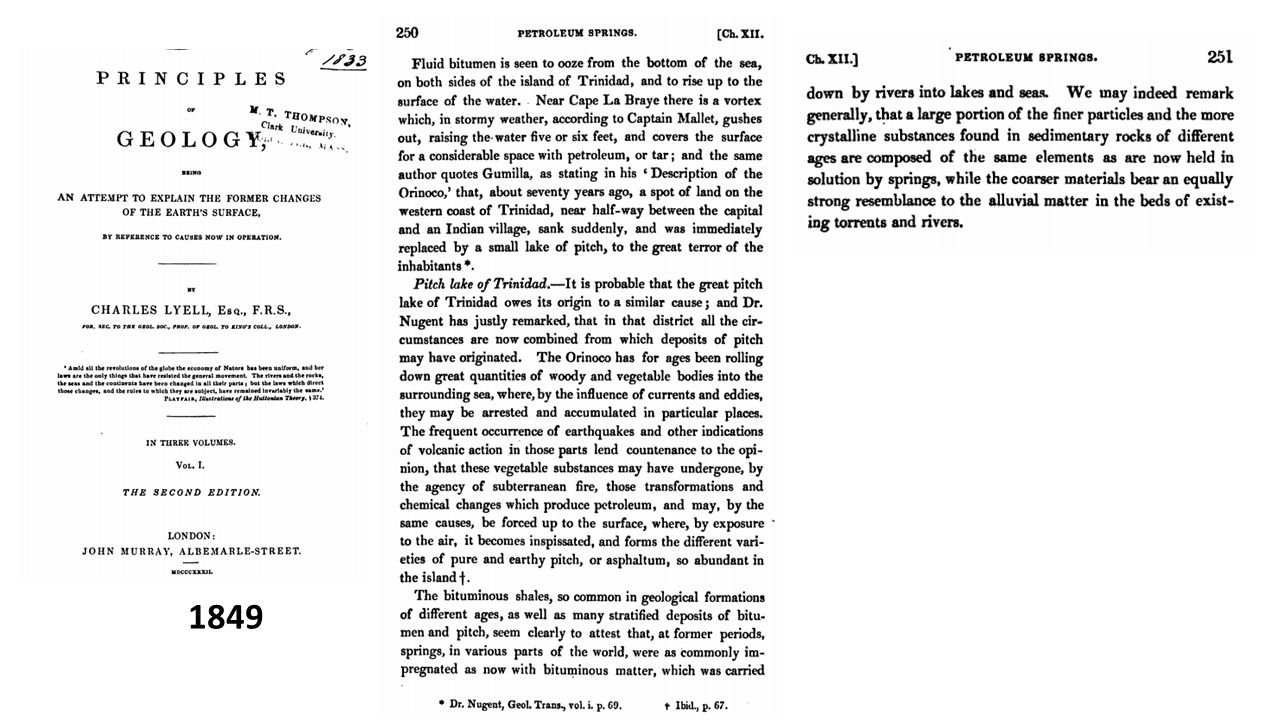 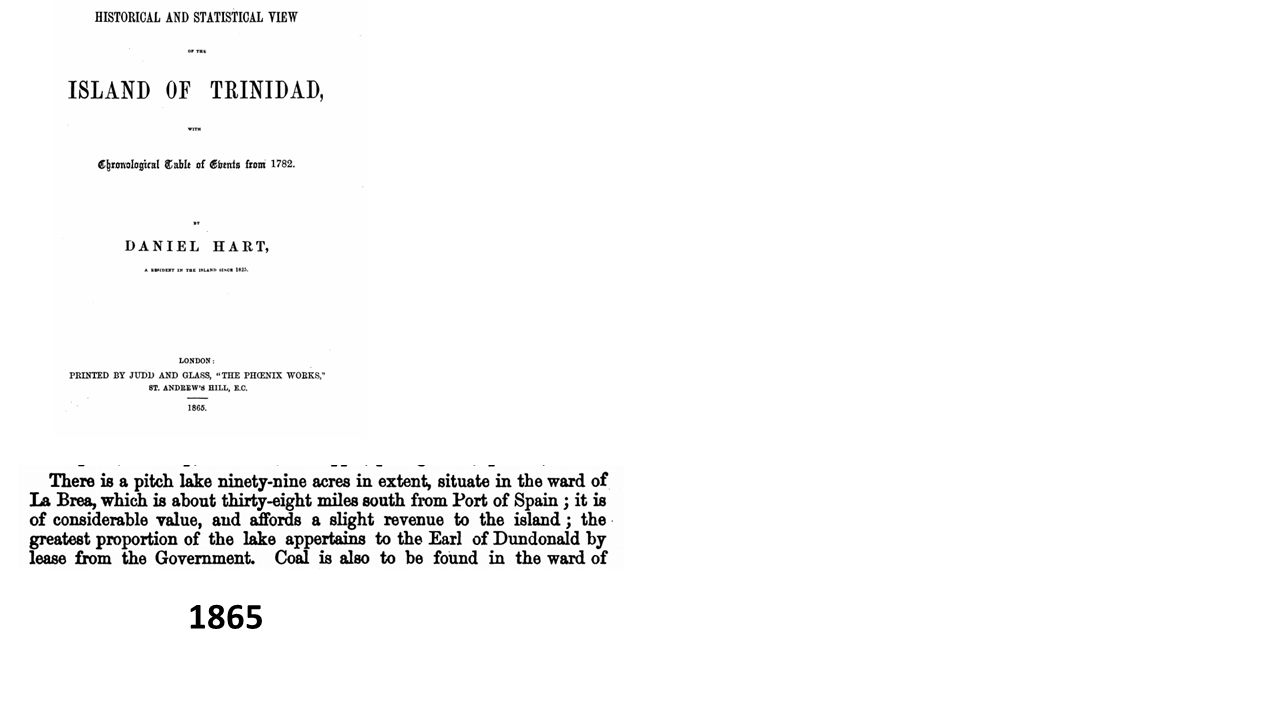 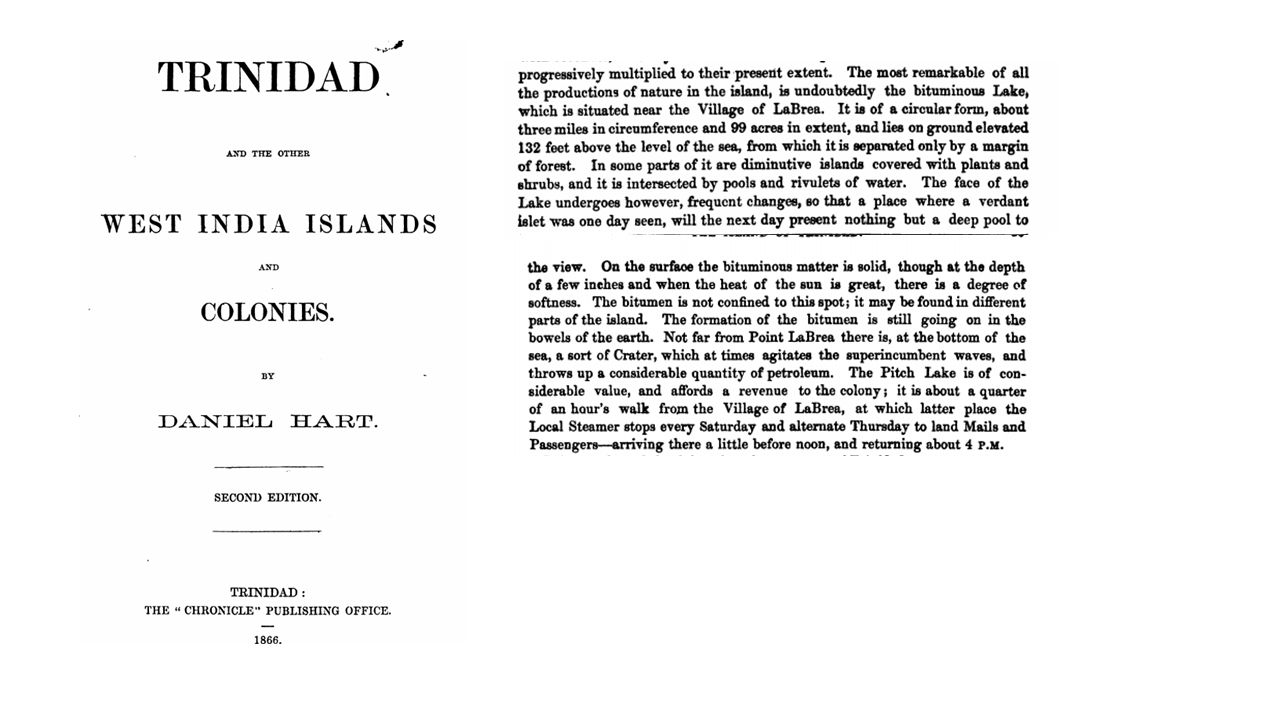 Legend has it a tribe of Chayma Indians built their palm leaf huts to create a small village. Having been victorious in battle with neighboring tribes, the Chayma celebrated, and being intoxicated with joy, the were blind to their ancient belief that the beautiful and iridescent humming birds were the souls of the departed. They killed these feathered jewels in hundreds, ate them, and bedecked themselves with the plumage The ‘Great Spirit’, greatly angered by this wanton slaughter, and as a punishment, caused the earth to open and the entire village, with all of its wicked people, sank into the earth, after which the cavity filled with asphalt. The entire village and its population were thus completely buried and lie still at the bottom of the asphalt lake, or is it is called today, the Pitch Lake (deVerteuil 1993). 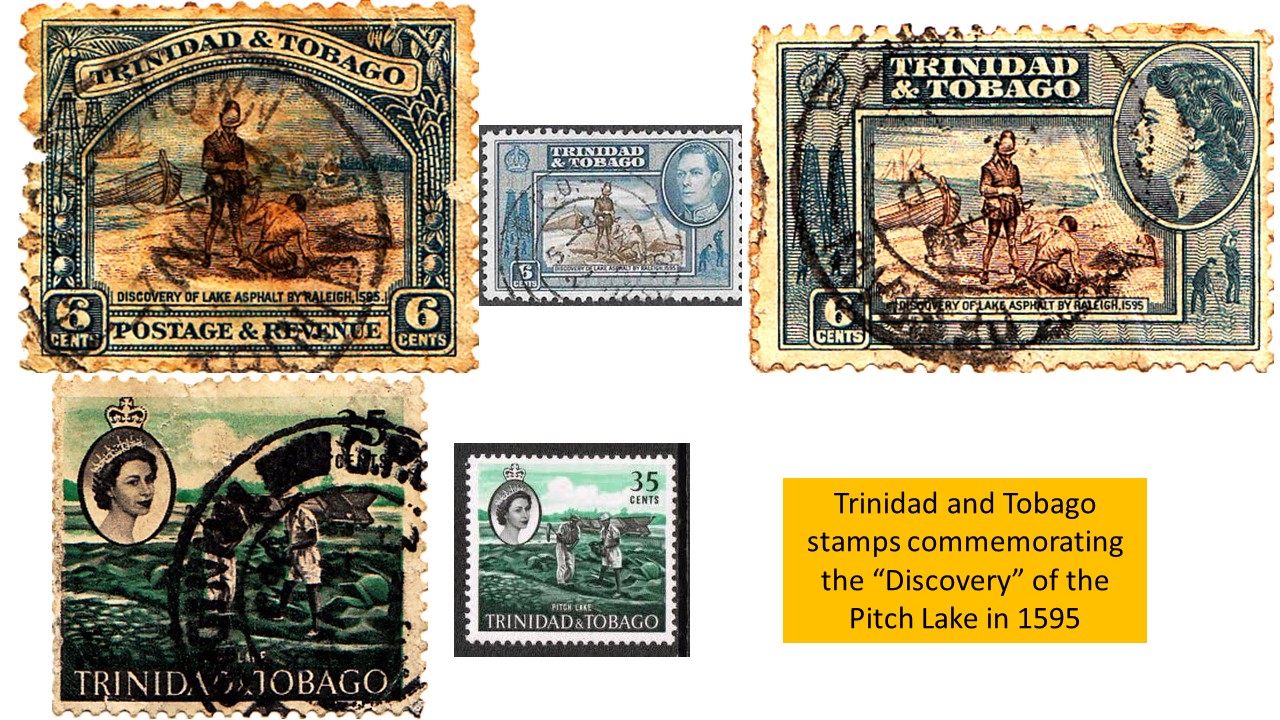 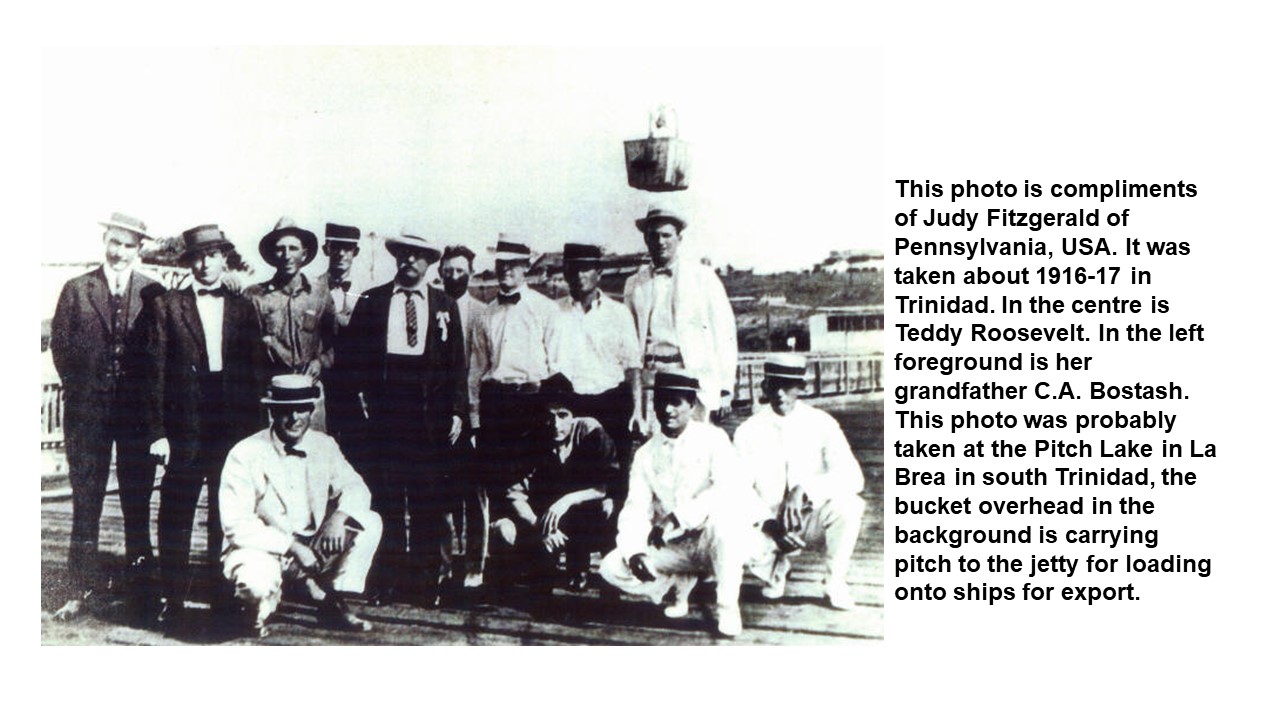 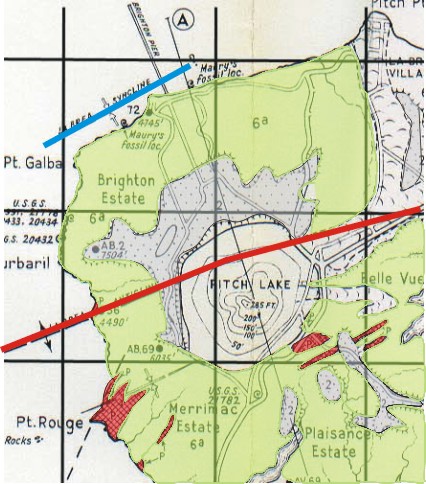 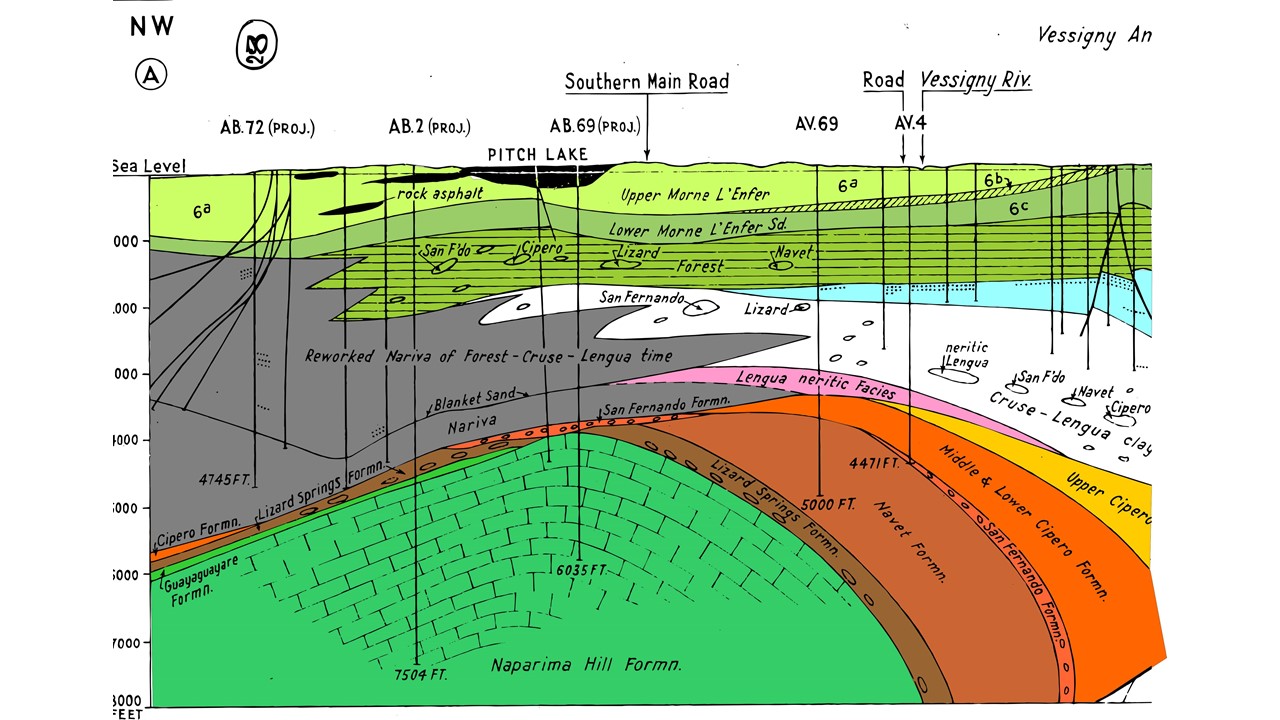 A cross-section through the Pitch Lake (after Kugler 1959) 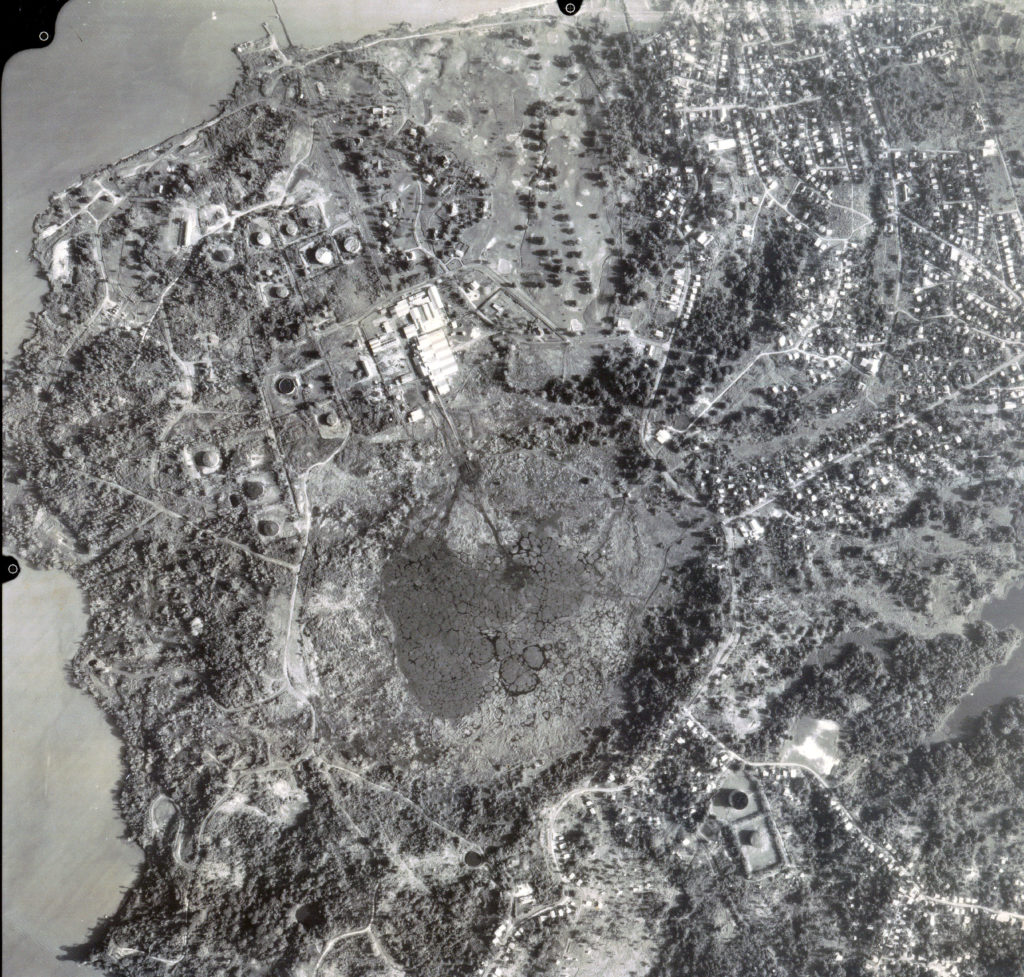 Aerial photograph of the Pitch Lake and environs, the convection cells are clearly visible

The elevation of the rim of the Lake is about 139 ft and it covers an area of 126 acres. Work by Williams, Bain and Webber indicates that the base of the lake is bowl shaped and is approximately 62m deep at its centre. As seen in the photograph above the Lake surface is marked by large convection cells where it appears that pitch is welling up from the depths. These spots are marked by very soft material similar to very heavy crude and are locally called ‘Mother of the Lake’.
Natural pitch also occurs subsurface in the form of veins and sills in the vicinity of the Pitch Lake. Outside the Brighton area, asphalt or asphaltic bitumen is only a minor constituent of some oilsands. In cores from oil wells veinlets, thin penny sized patches, and thin veneers on cleavage planes are found occasionally, particularly in some Oligocene sandstones and in the argillite. There is a gradation between the pitch of pitch sands and the pitch of the lake varieties asphalt, both being derived from crude oil. Many substances described as wax from outcrops and from oil wells are in reality mixtures of pitch bodies.
The bulk properties of Trinidad Lake Asphalt are quoted in almost textbooks on petroleum geology. When fresh, the asphalt of the Pitch Lake is brown to black, brown semi-lustrous: it contains holes just Swiss cheese. The mineral content reaches up to 35 per cent, and is apparently a specific feature of the Trinidad Lake Asphalt; it consists quartz and colloidal clay. The pitch has a high nickel content (Stutzer, 1931, p. 20). The specific gravity of air-dried raw pitch averages about 1.23 (Curlet—private report).
The residue contains, besides quartz sand, some heavy minerals such as glaucophane etc., also clay, and some fossil matter, mainly foraminifera, derived from the pierced rocks: the oldest foraminifera are Oligocene-Nariva age (Bronnimann —oral communication). The genesis of the asphalt or pitch is not yet fully understood. All the many hypotheses (polymerisation, selective adsorption by silica and clay minerals, oxidation, electrostatic accumulation of pitch bodies, differential crystallisation in a changing temperature field may describe contributory causes or processes. Oxidation of a parent crude has probably played only a minor part in the formation of the Lake Asphalt, since asphalts occur subsurface outside the zone of weathering. The hypothesis crystallisation, due to temperature changes which, of course, may have been helped by electrostatic processes (Dvkstra, 1944) active during last stage of migration through a siliceous sand, is attractive. This hypothesis assumes that the parent crude contains asphalt or pitch bodies in microscopic or molecular size, which seems plausible in view of chemical constitution of Trinidad oils. Moreover, pitch is formed during the process of crude oil production in many Trinidad wells. 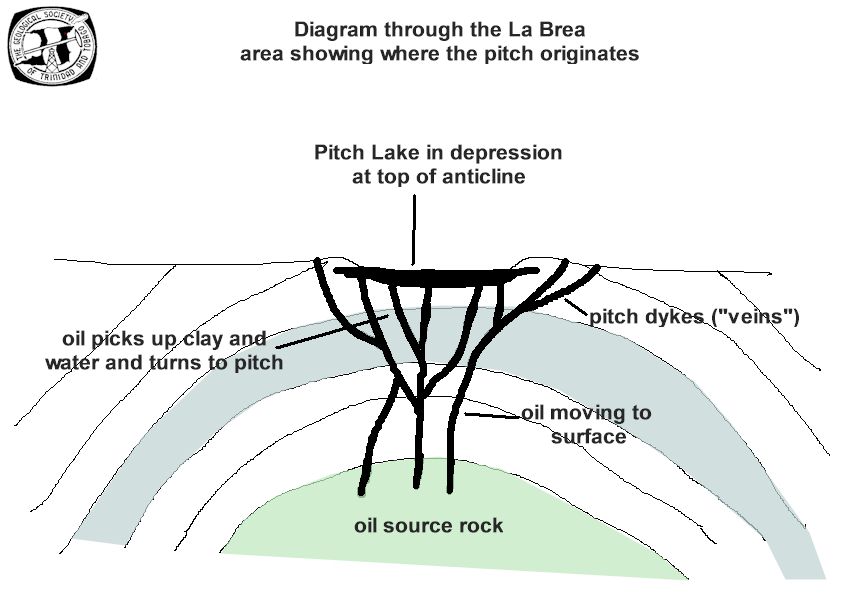 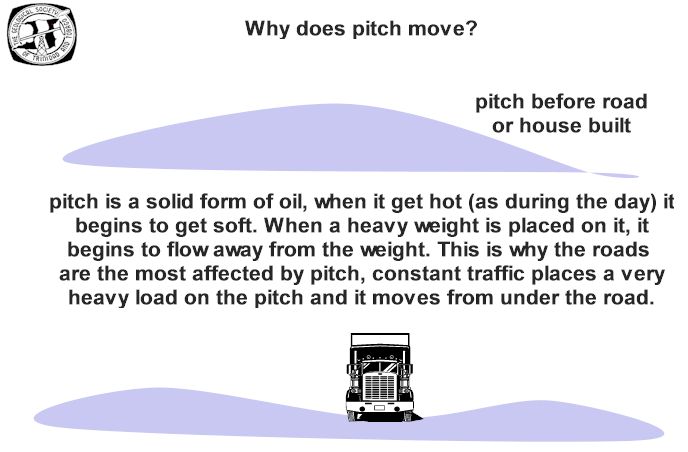 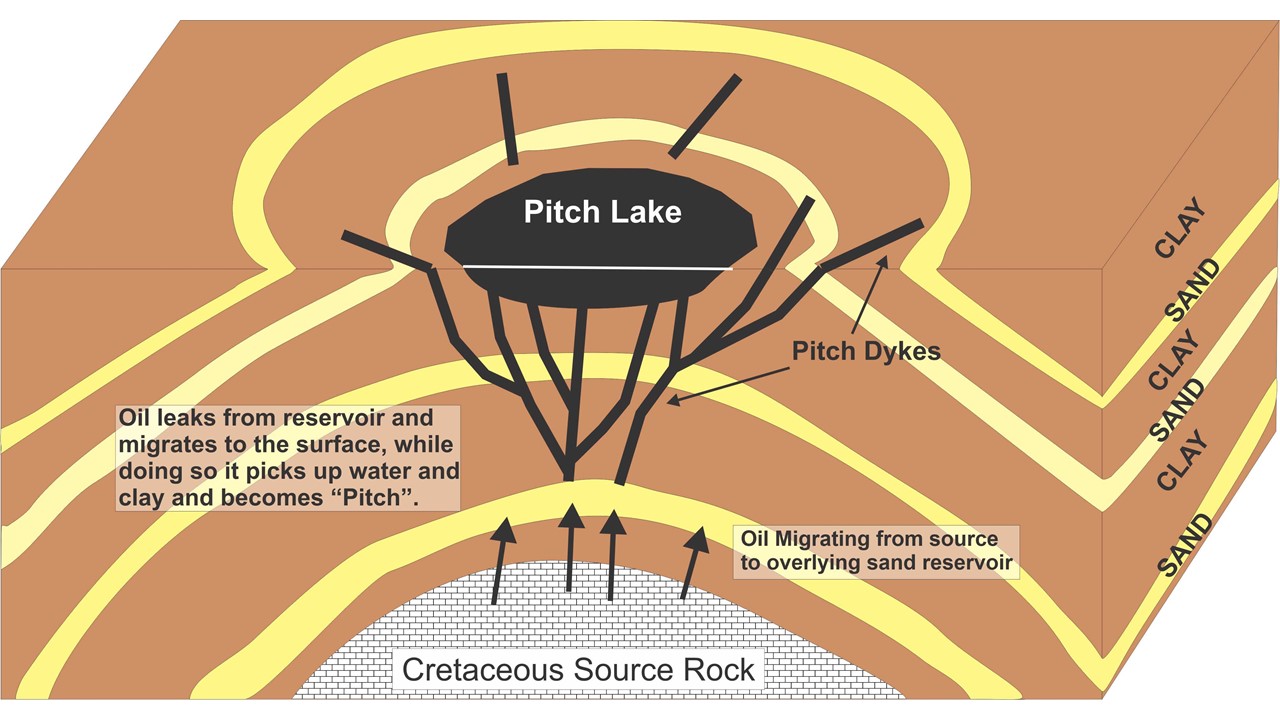 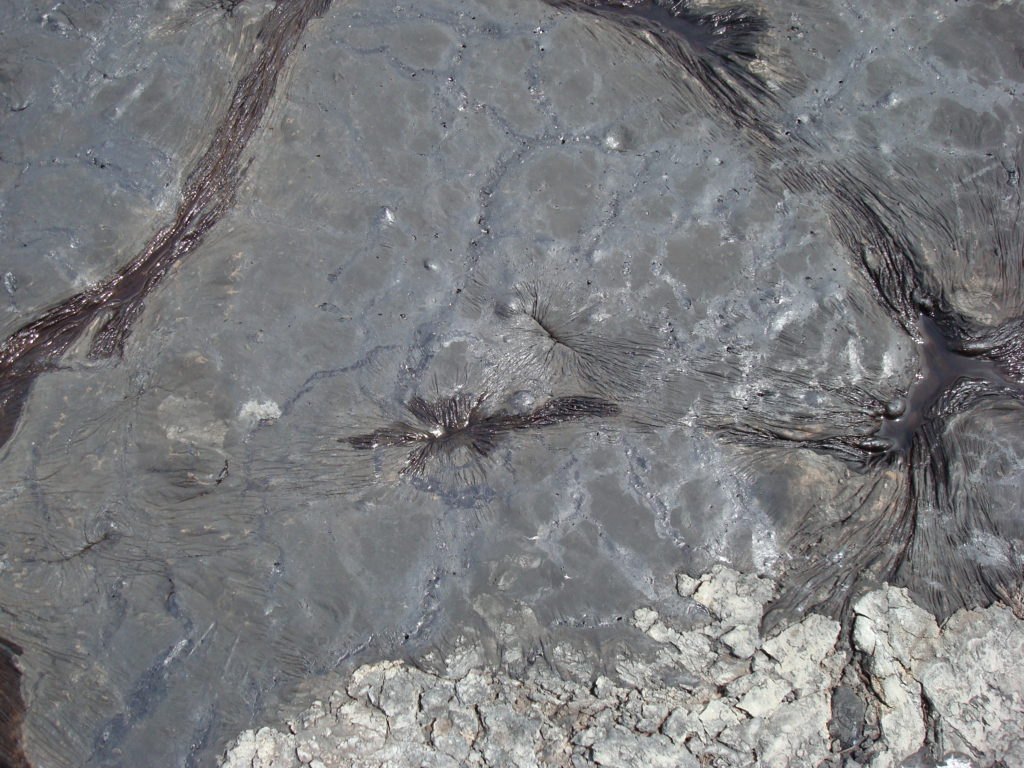 “cracks” are where pitch is rising, sinking where there is water 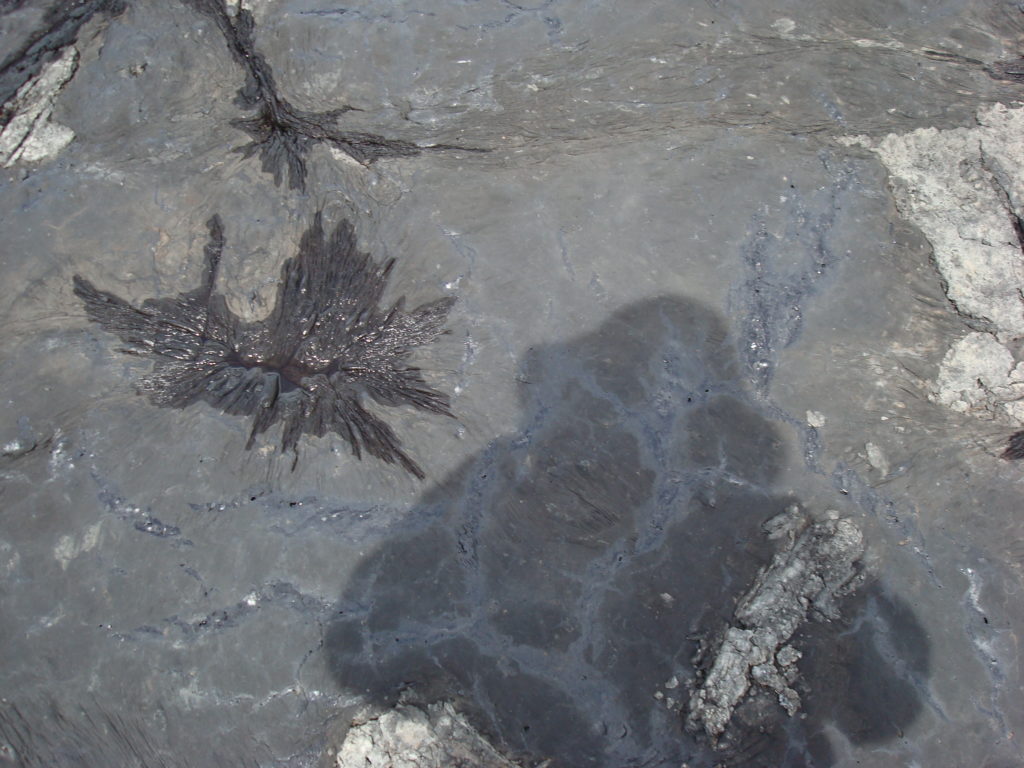 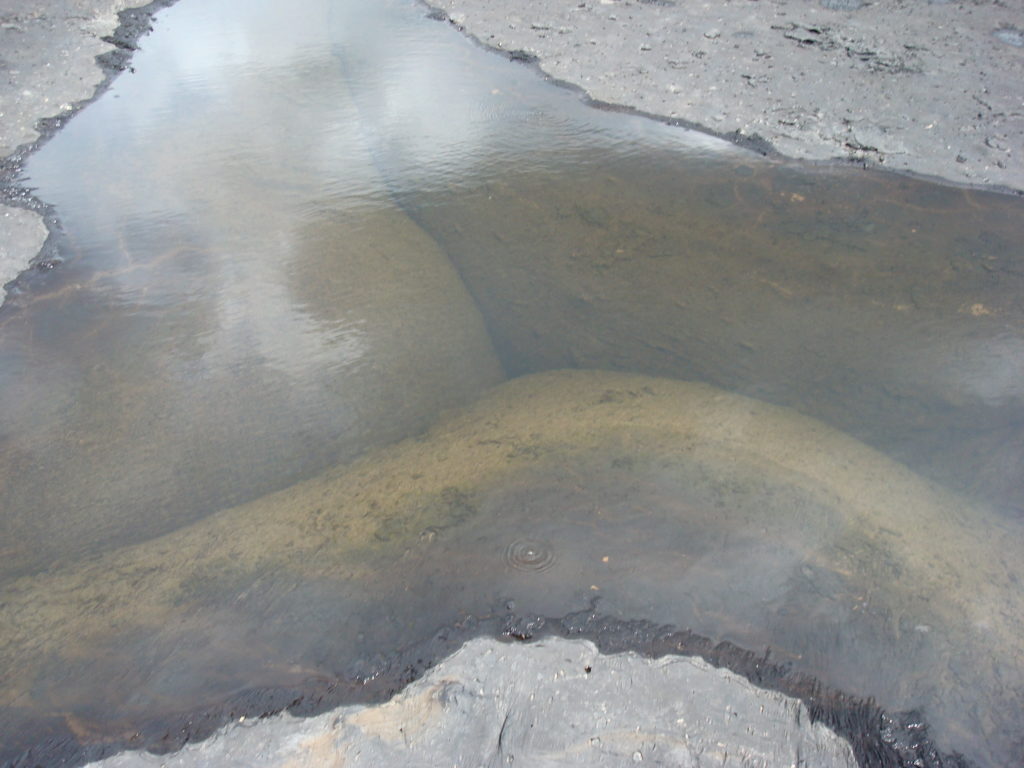 Water cools the pitch, causing it to become more dense and to begin sinking 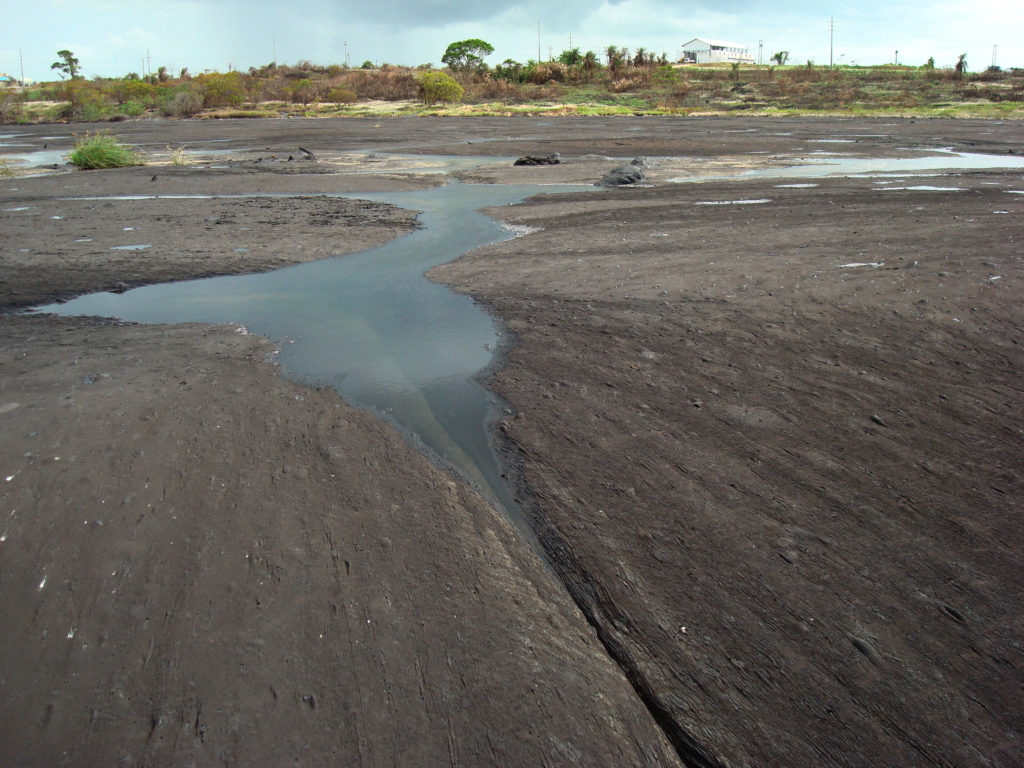 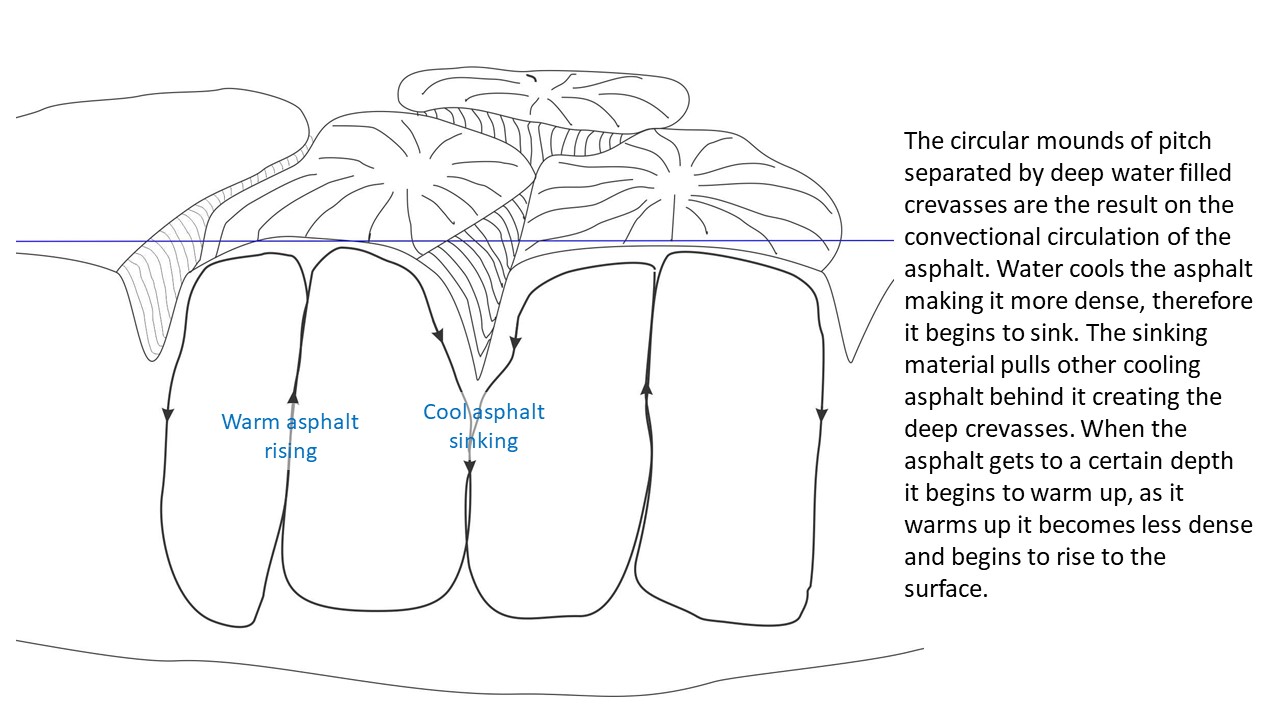 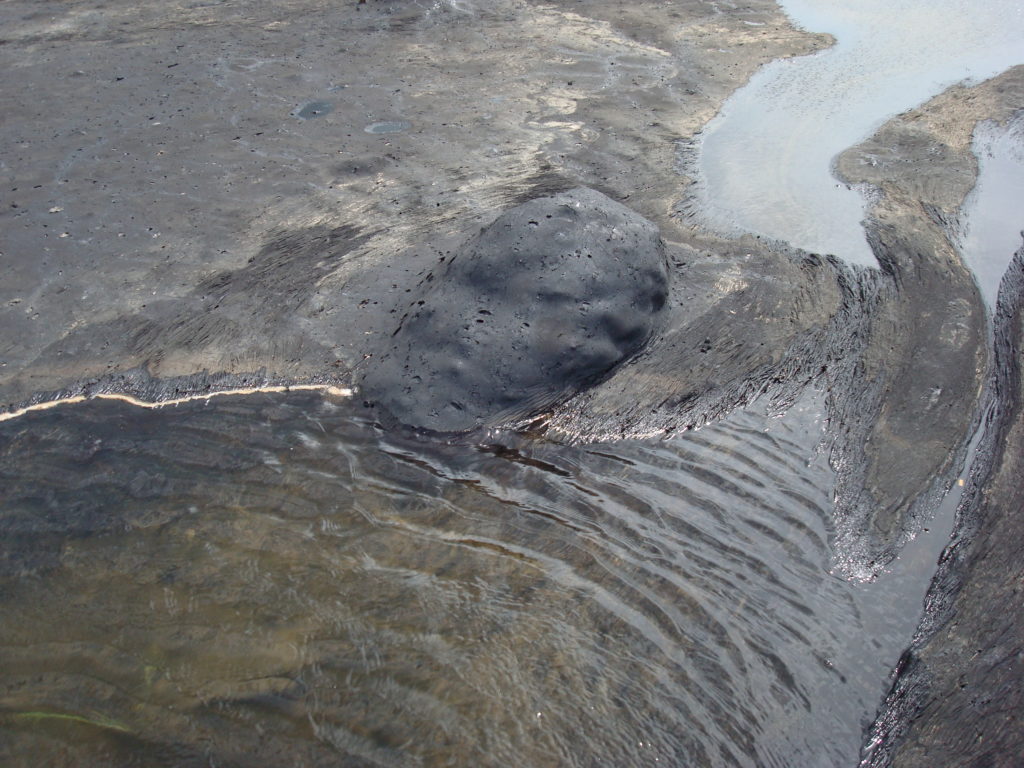