The first record of oil seeps in San Fernando is from Wall and Sawkins (1860) page 34 , which describe “Bituminious substances, semi-solid or more commonly liquid, issue from the soil at the base of the hill in several localities, and the springs rising in the gravel are also contaminated with an asphaltic oil and sulphuretted hydrogen”.
“The cliffs of marl, for some distance north and south of San Fernando (near the modern Paradise Cemetery), contain pure asphalt in the fissures and joints, and are dark coloured from a general bituminious impregnation. In one of the small ravines intersecting the strata rectangularly, liquid asphaltum is seen slowly exuding from the joints in the marl”. 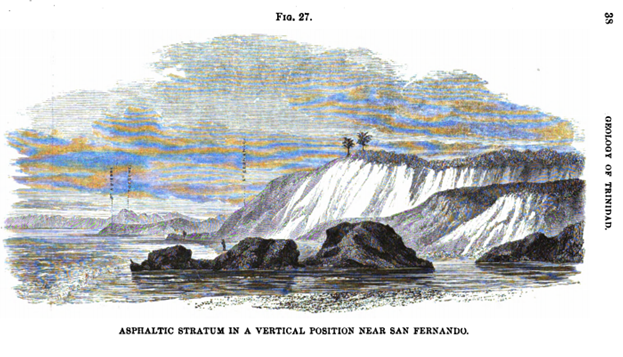 Cunningham-Craig (1905) pointed out “Wherever the grey unweathered portion of the argiline is exposed an odour of petroleum is noticed” this is still true today when one breaks the rock. “small exudations of oil or traces of former exudations may be seen in several of the quarries which surround the hill, while liquid asphalt and pitch occur at the north-eastern end of the hill, where the Circular Roads makes a sharp turn to the south-eastward and southward”. These localities are marked with an “X “on the map below.

One well UBWIPS-1 was drilled in 1922 in an abandoned quarry in San Fernando to a Td of 2775’ close to the Circular Road seeps. 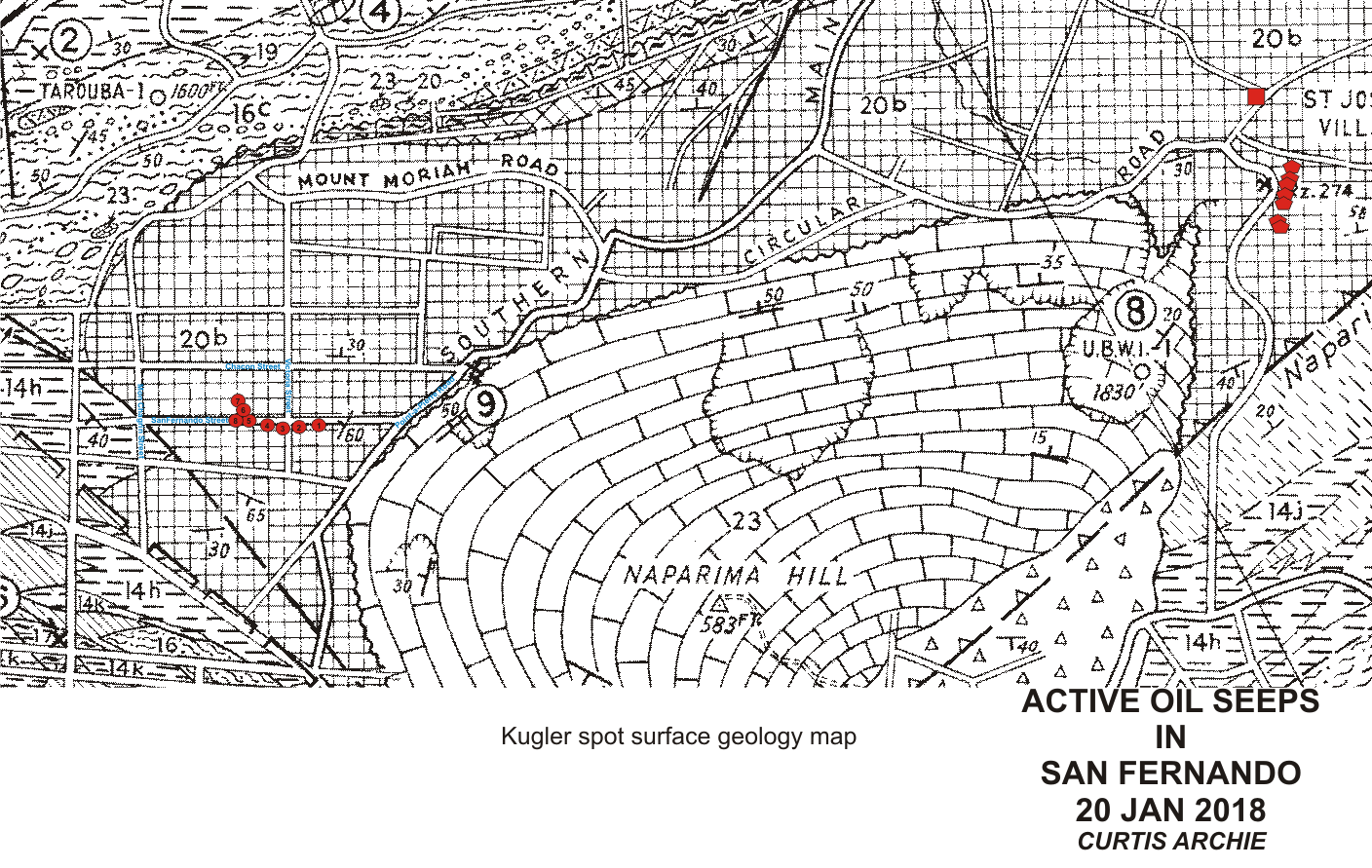 In the San Fernando area two separate areas of oil seepage were identified and examined.

The area with the most active seepage is along San Fernando Street between Point a Pierre Road and Mon Chagrin Street. Traditionally this is the area known by residents of San Fernando for seeps.
At least 20 points of active or recent oil seepage along the edges of the road, drains and private property were photographed and their GPS locations taken and plotted both on the San Fernando spot geological map and satellite imagery from Google Earth.

Point 1 is the driveway to a property, oil is seeping through cracks in the concrete and completely coat the surface.
Point 2 : oil coats the drain alongside the driveway and is actively seeping from a hole in the property wall. It is reported that the ground floor has a number of active seeps.
Point 3: a public parking lot, this has traditionally been the source for most of the oil that flows down the drains and street. It not very active at the moment.
Point 4: a large oil stained area, a point source where a steady stream of water and oil flows into the drain. There are two other active seeps in close proximity.
Point 5 : next to another empty lot used for parking, a number of seeps flow into the drain, cracks in the road way also has seeps
Point 6 : viscous oil flowing in the drain of a private property into the road. The resident was unwilling to talk to us.
Point 7: private property, oil flowing down the drains, the entire front of the property is covered in oil, and there three areas of active oil and minor gas seepage.
Point 8: Oil coated drain and roadway. The very viscous oil flowing down the drain traps garbage causing blockage of the underground sections resulting in oil being forced to flow in the street when drains overflow.
Our main concern is that these all these drains end in the Gulf of Paria, with consequent pollution problems. Some sort of sump should be constructed to trap and recover this oil. 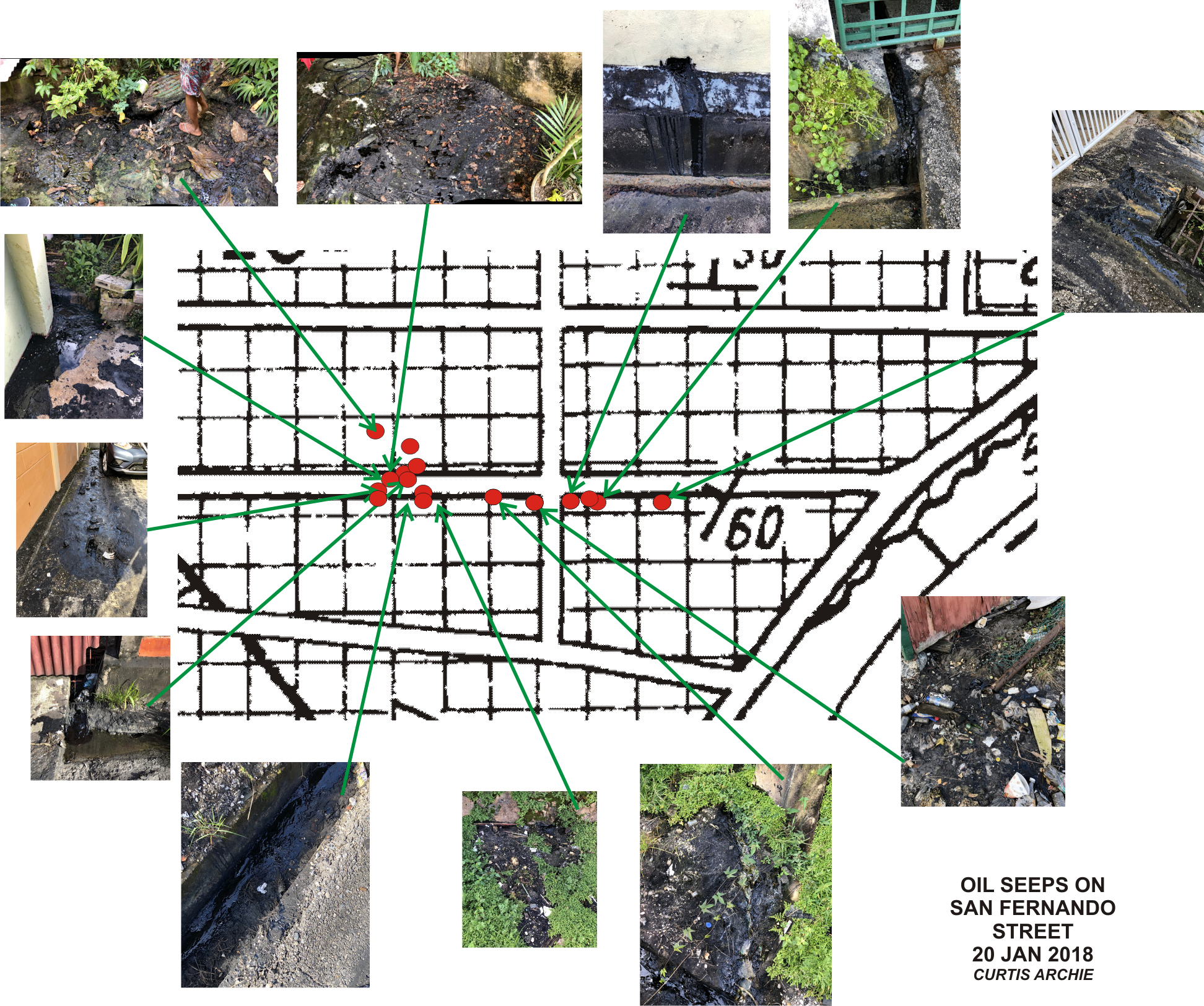 Circular Road in proximity to Soongs Great Wall is also known for oil seeps, at least 22 active and inactive seeps being recorded. 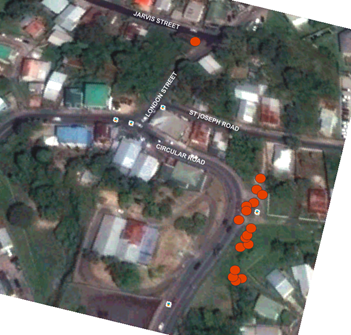 Four groups of seeps are encountered, the first at the corner of Jarvis and London streets a very viscous oil is seeping and flowing into the drain.
Group B : seven seeps, mostly inactive a few have very viscous oil, one had a gas bubble.
Group C: five seeps, mostly inactive. This area has been used to dump material that came from the repair of the roadway.
Group D: along a pathway to houses, nine seeps, mostly active. One of the seeps closely resembles the oil volcanoes encountered at Marac, with oil and gas actively escaping. 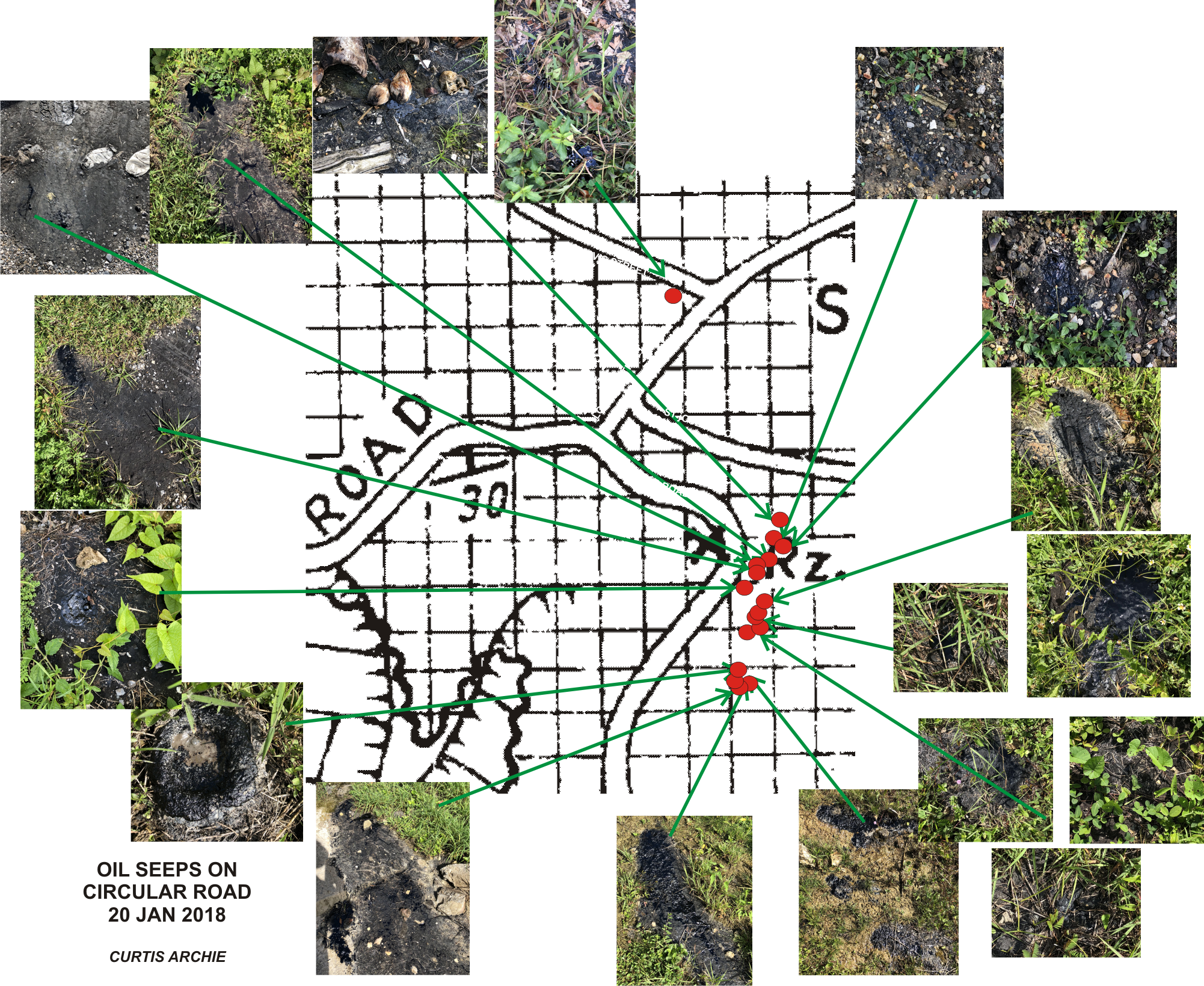 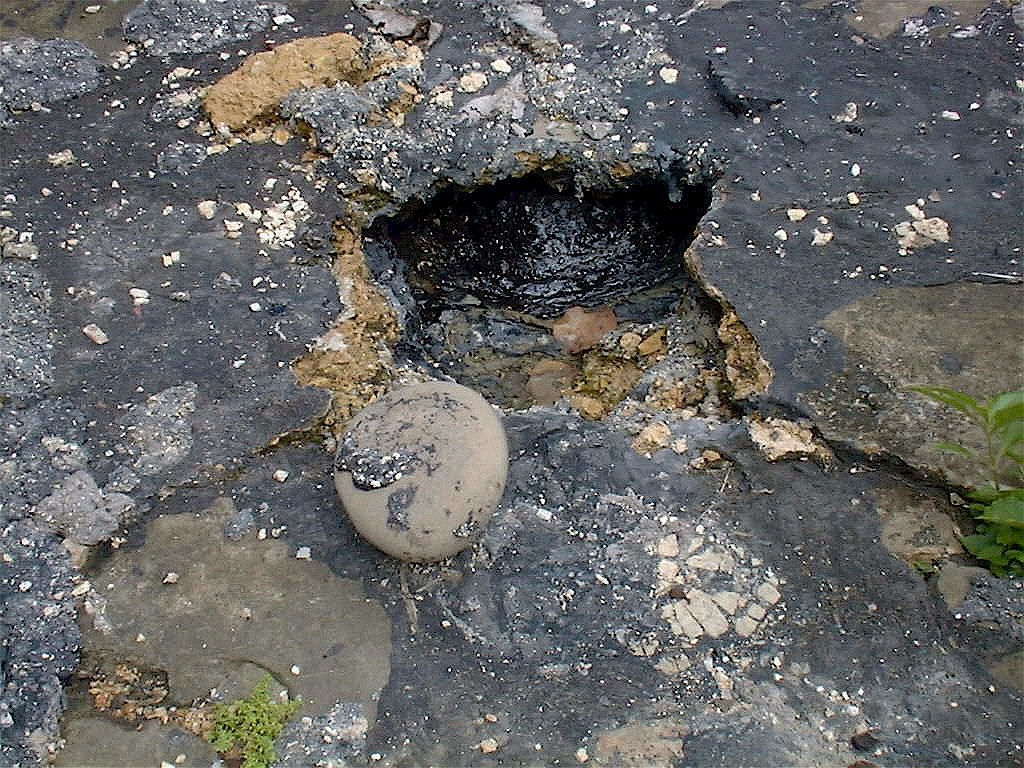 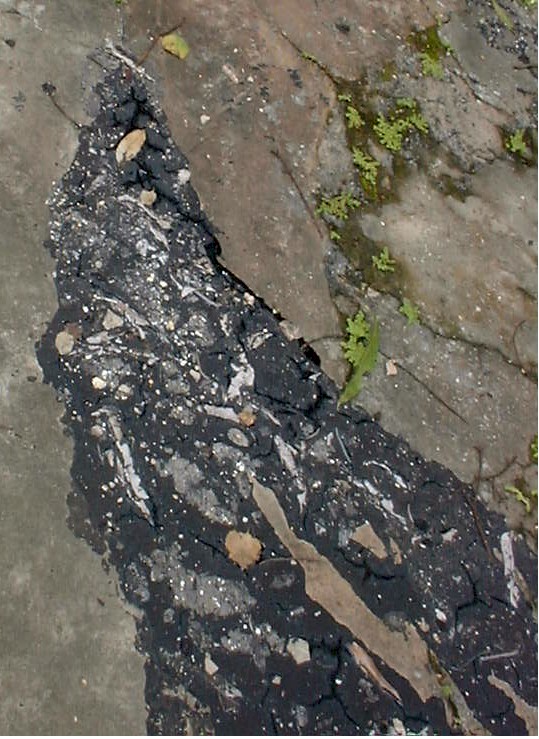