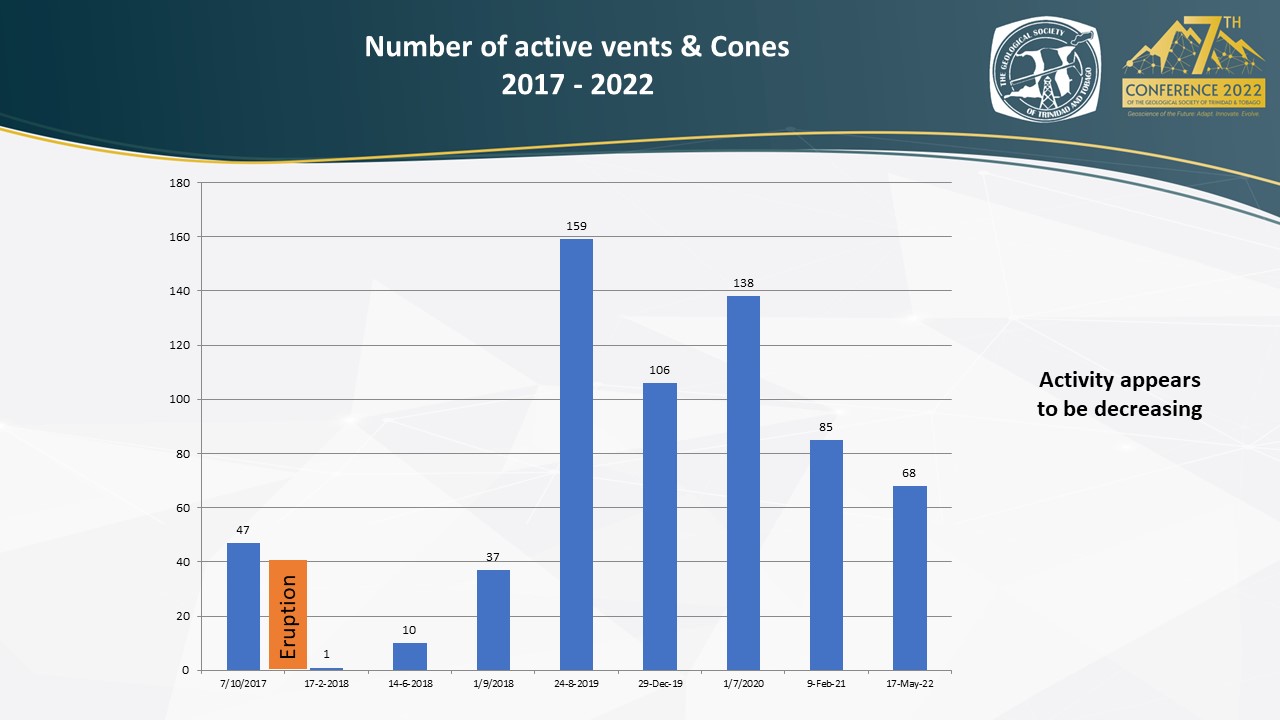 Number of active cones and vents between 2017 and 2022, initially there was an increase in activity as the “plumbling”  re-established itself, since 2019 there has been a gradual decrease in the number of active vents 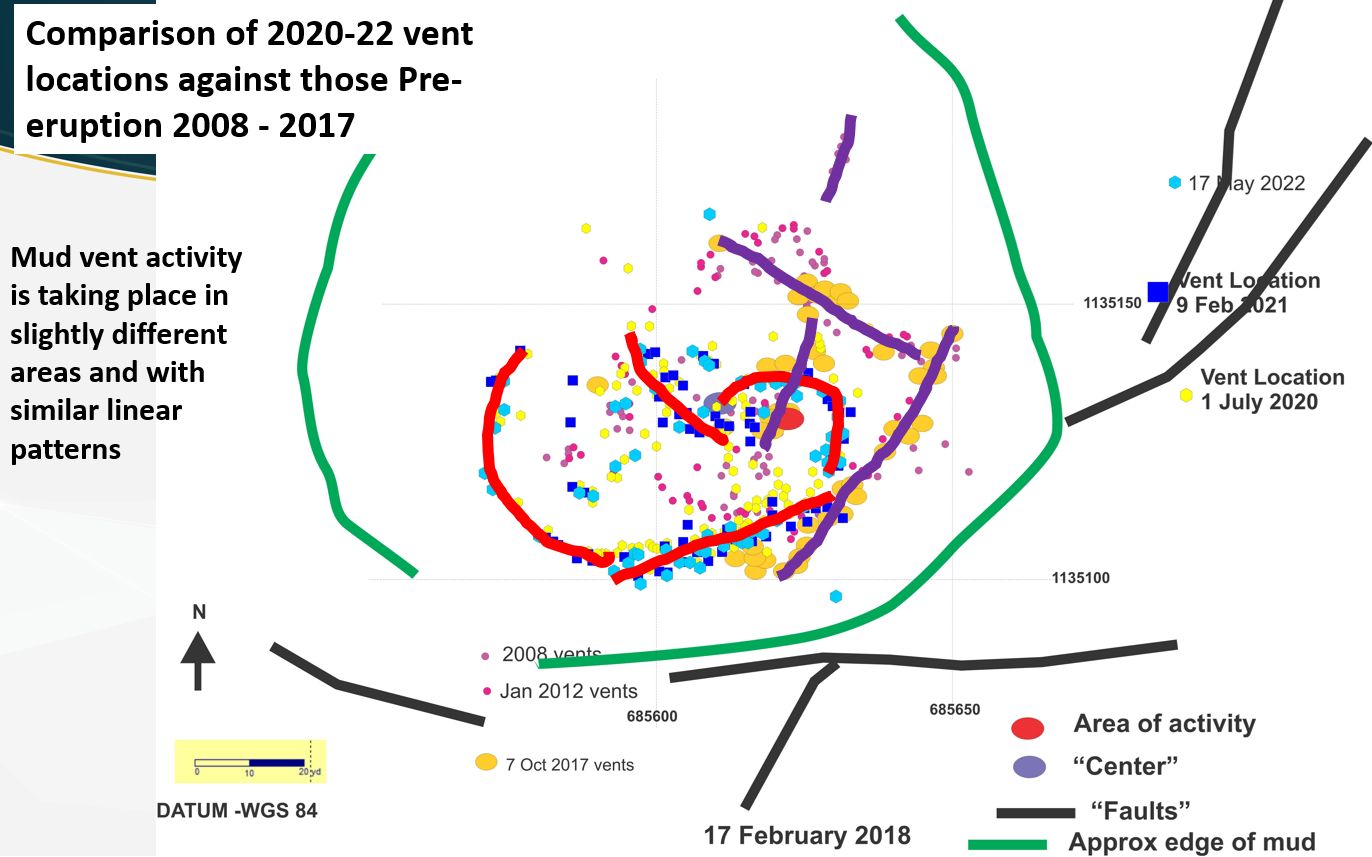 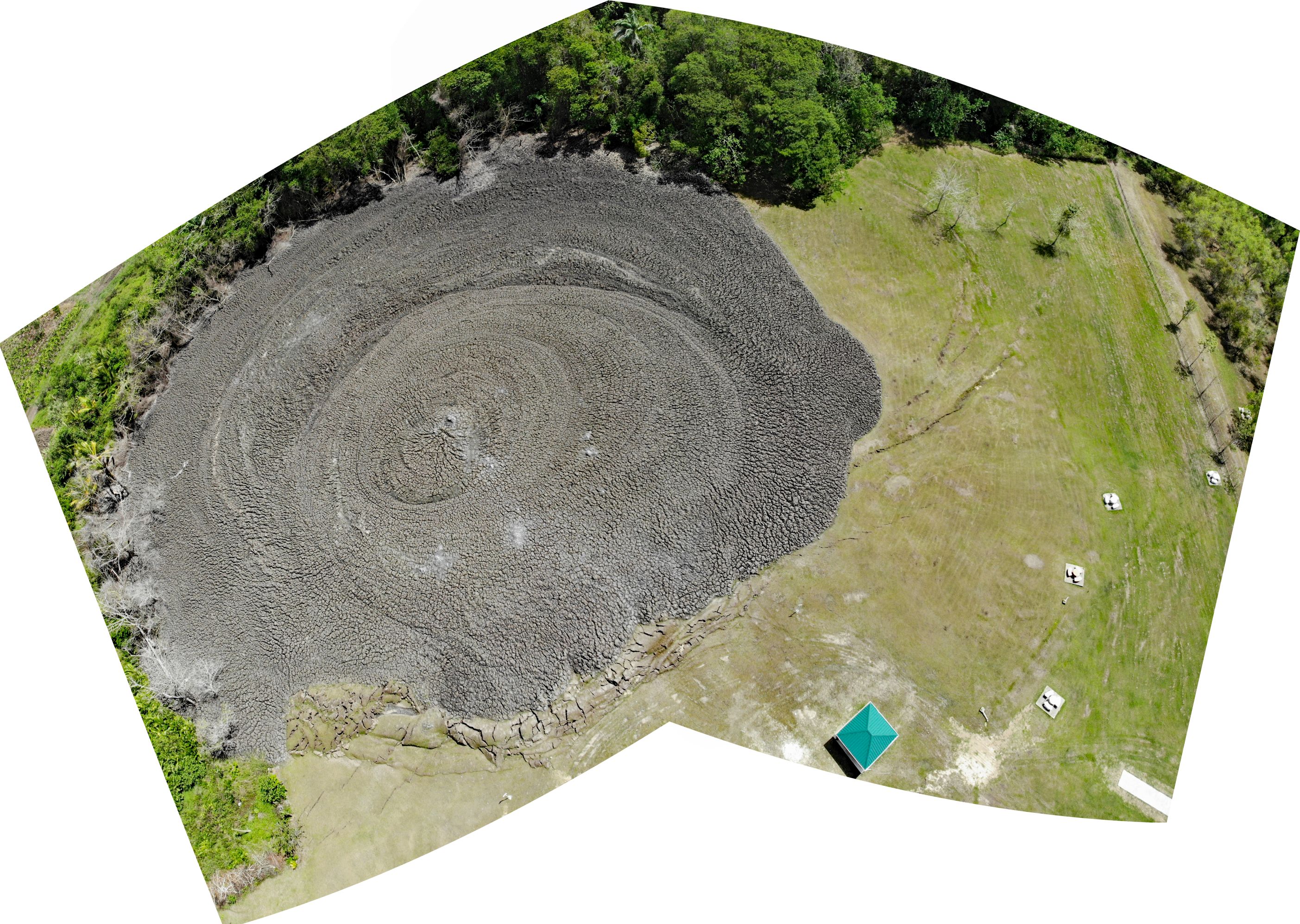 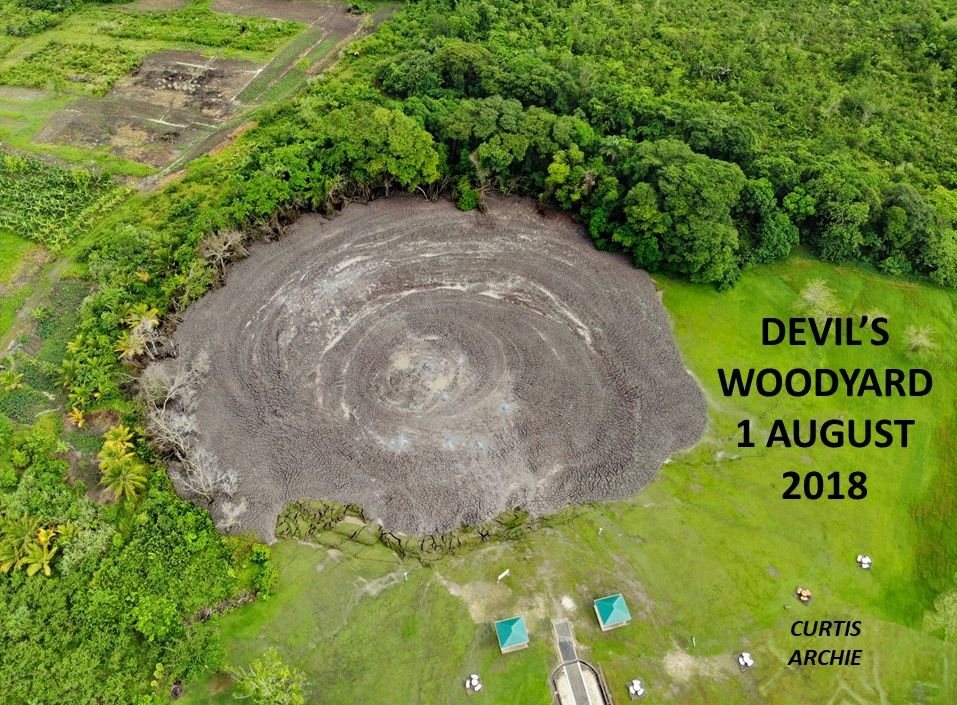 The Devil’s Woodard mud volcanoes were first described by Wall and Sawkins (1861), the area has changed little since then, except for occasional eruptions the last of which took place in 2018. Higgins and Saunders (1974) gives a detailed description of the area and its eruptive history.

Historical Eruptions and their Frequency 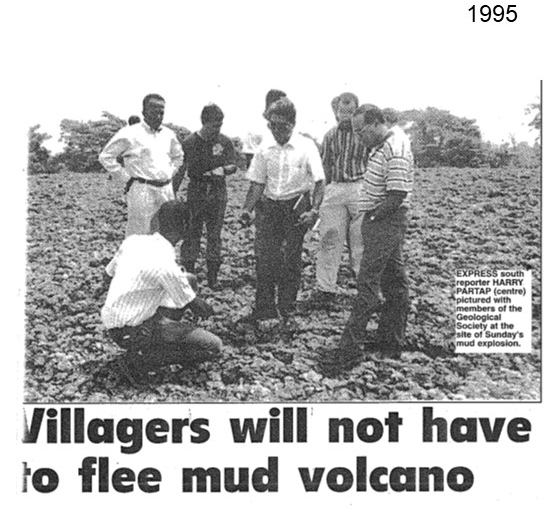 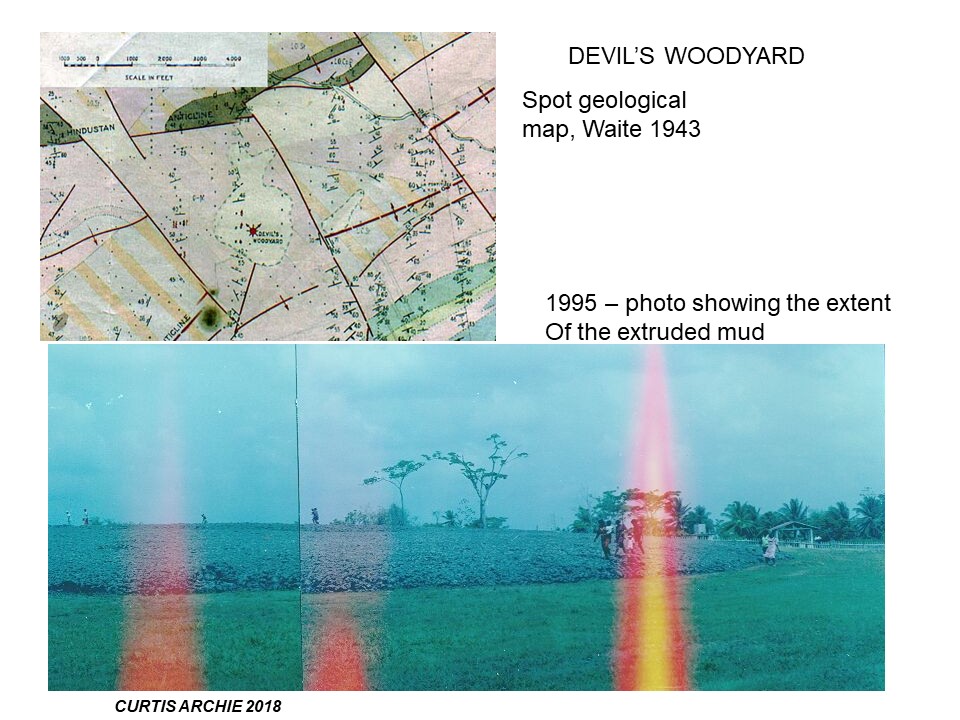 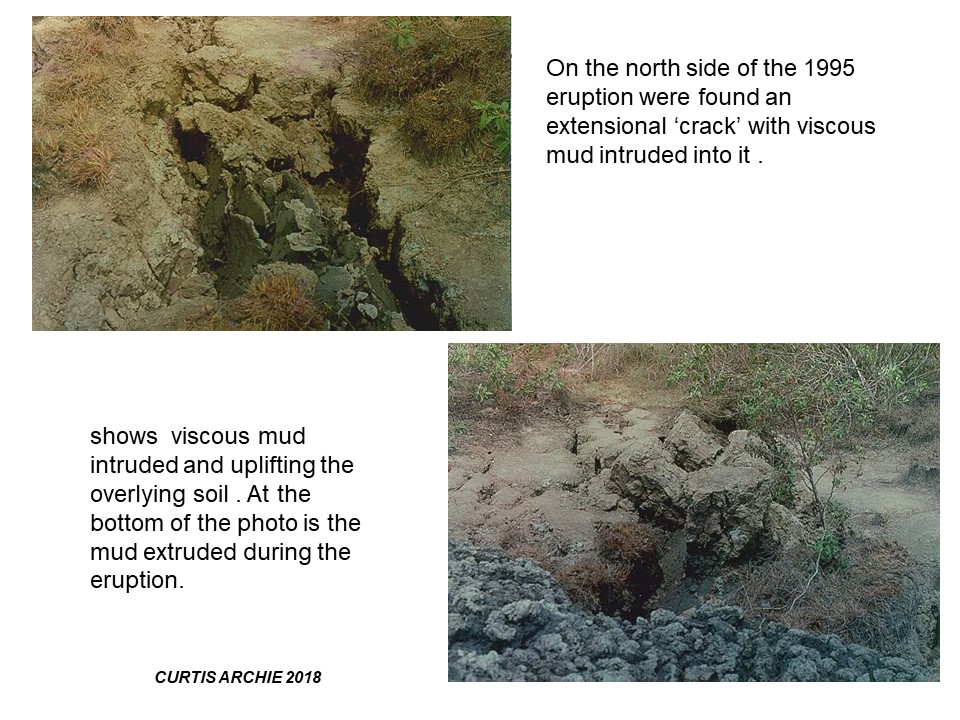 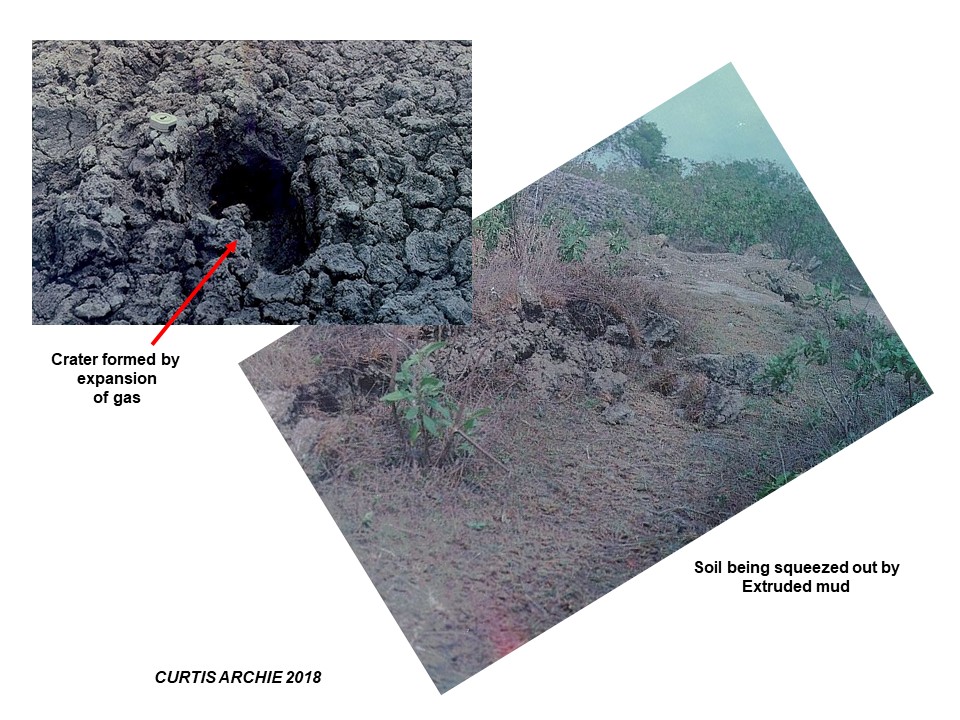 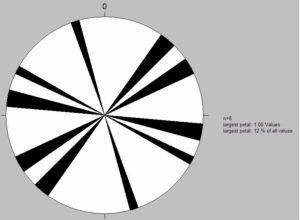 Orientation of fractures from the 1995 eruption.

ACTIVITY AT THE PIPARO AND DEVIL’S WOODYARD MUD VOLCANOES : 2001 – PRESENT 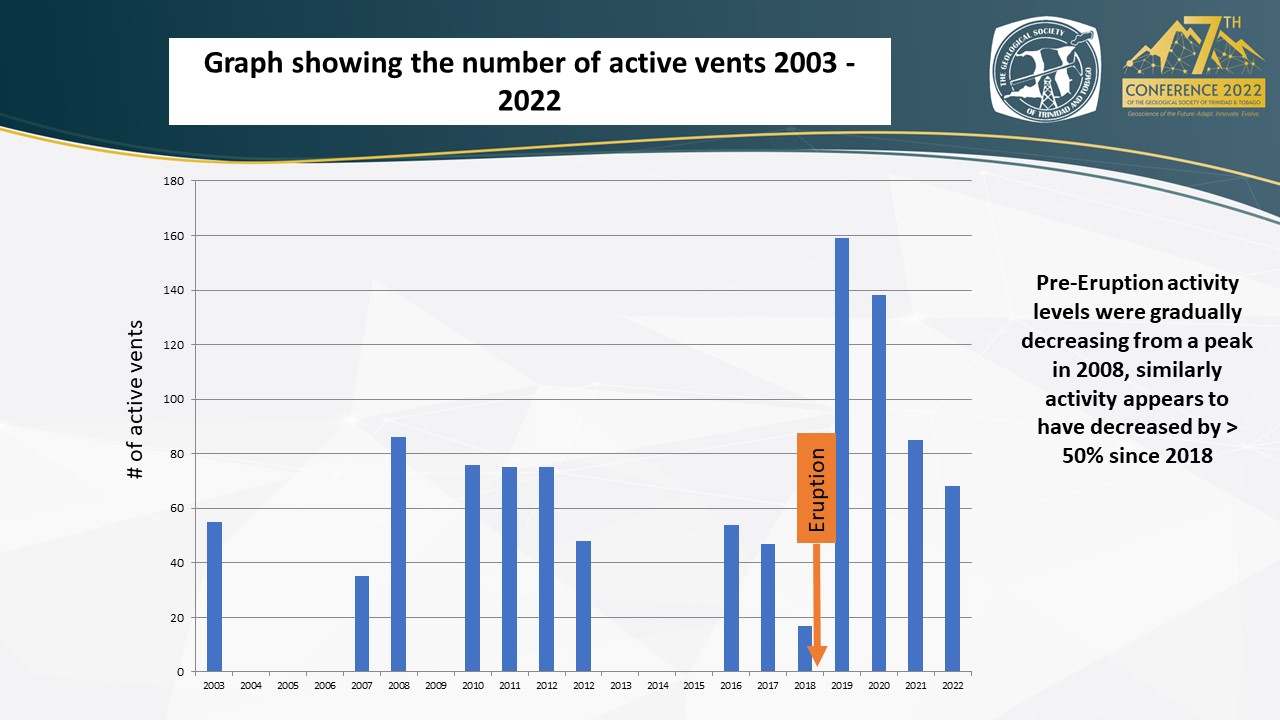 Plot of the number of active mud vents vs. time, vent activity had been declining steadily since 2008 to 2017. This may have been the result of the tassik becoming more compacted and impermeable to the rise of gases and liquids . Pressure could have built up steadly over time leading to an eruption when the sealing capacity of the tassik was reached. 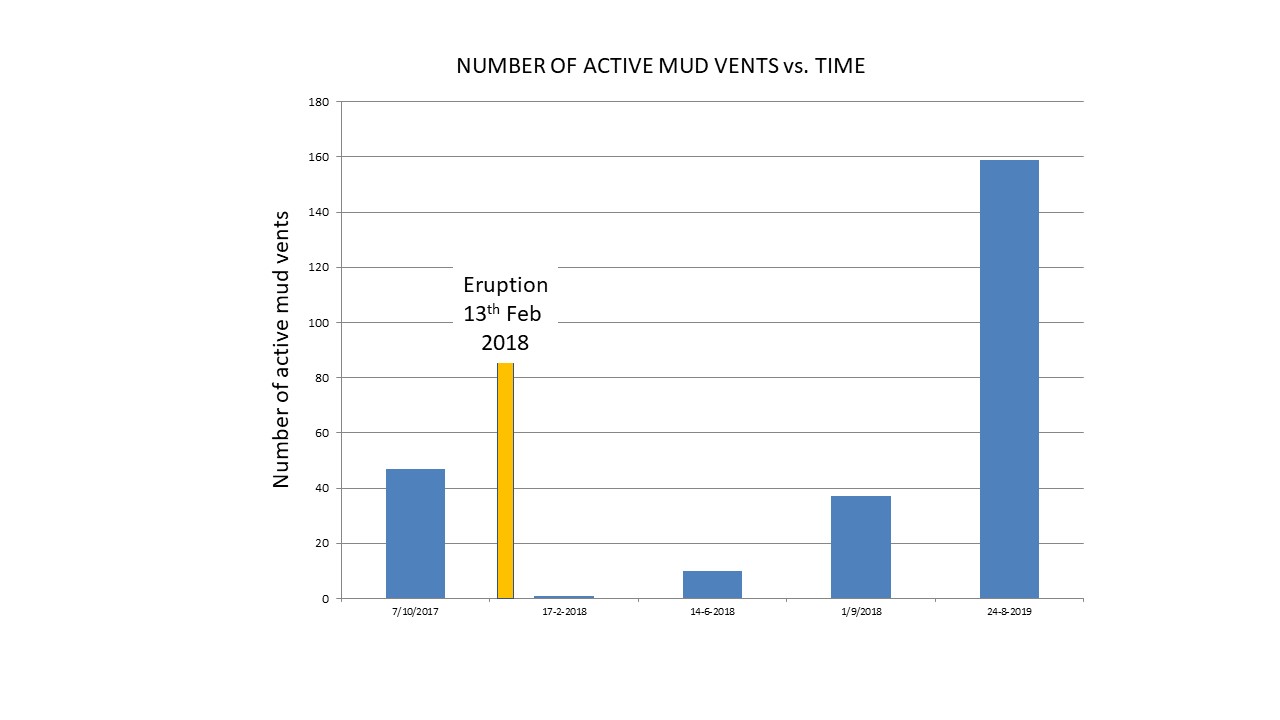 The number of active mud vents has increased over time, as the vents re-establish themselves along failures and faults associated with the 2019 eruption. 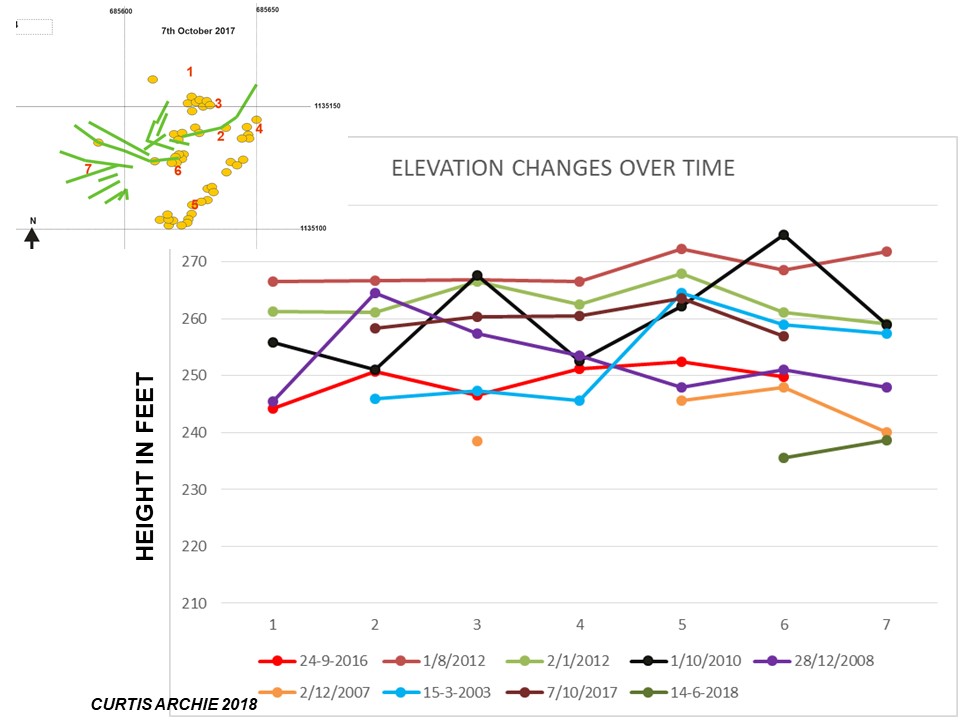 An analysis of the ground elevation s between 2003 – 2012 shows that the ground subsided in 2007, and has been steadily increasing in height since. Between January and August 2012 the southern edge of the tassik showed a significant increase in height.

Clasts eroded from the 1995  mudflows 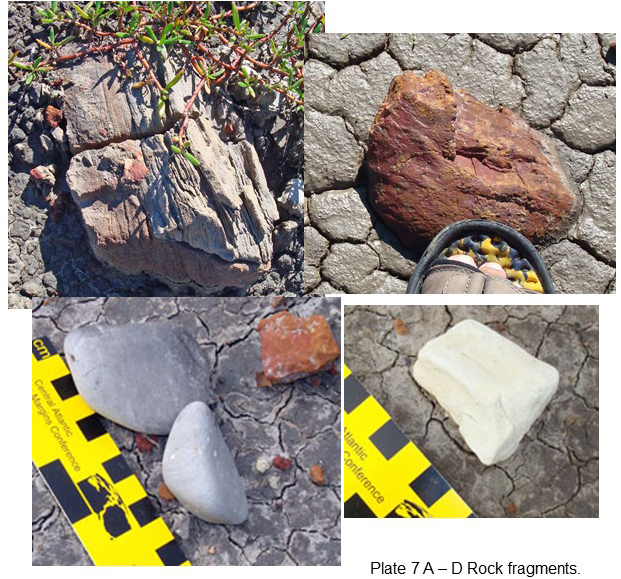 Descriptions of the material ejected by the mud vents by Higgins and Saunders (1974) indicate that the material is dominated by clays with rare clasts of sandstone, reddish-brown – orange-brown mudstones and occasional chert. The clasts range from well rounded to very angular in shape. Knight et al (2000) gives a detailed analysis (XRD) of these materials in their paper.
The presence of chert which is found only in the Cretaceous Naparima Hill Formation indicate that the rising fluids and muds are originating at considerable depth. 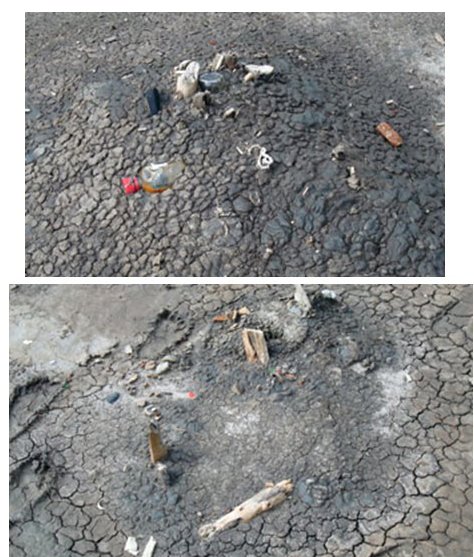 An unfortunate side effect of human activity and visits to the area is where any vent in the area is plugged with garbage as is evident in the photographs. Cones are also destroyed in attempt to get the vent to bubble more as wells at carry off (as a beauty aid) pieces. If we think of the mud volcano as a shaken soft drink or pressure cooker preventing the escape of pressure will lead to it building up and eventually releasing itself as a major eruption. 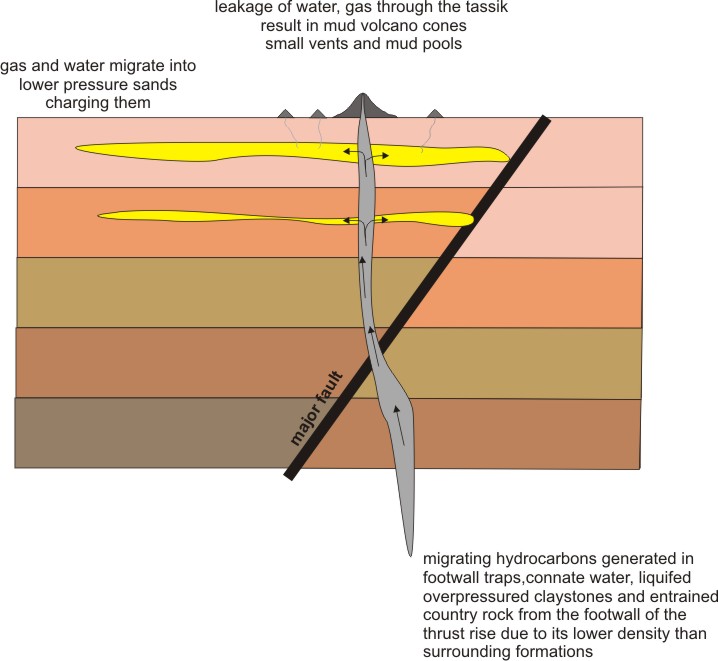 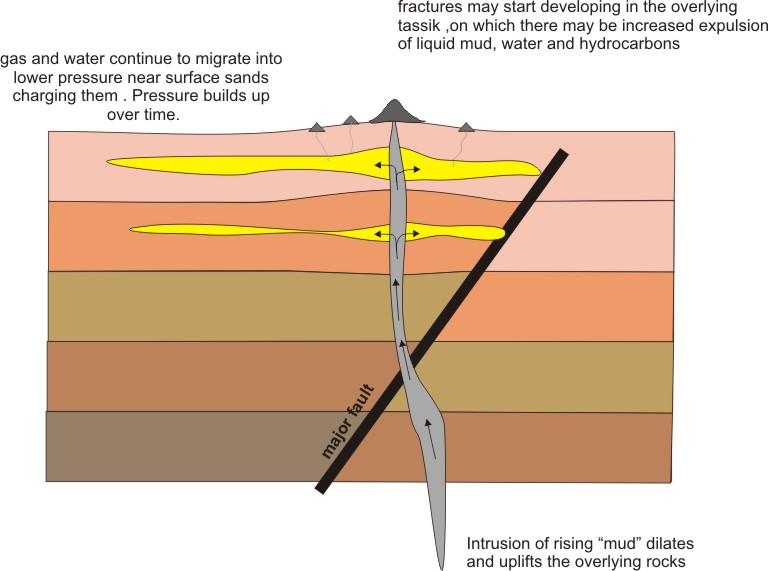 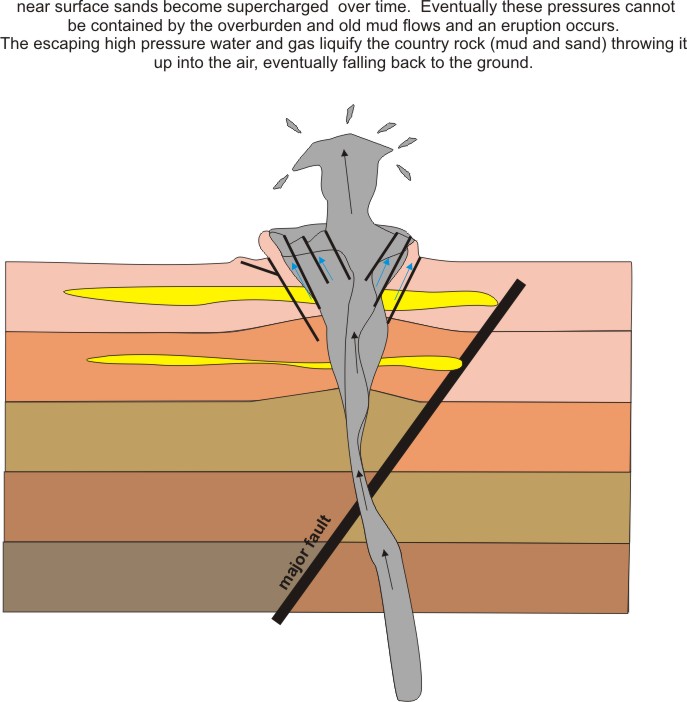 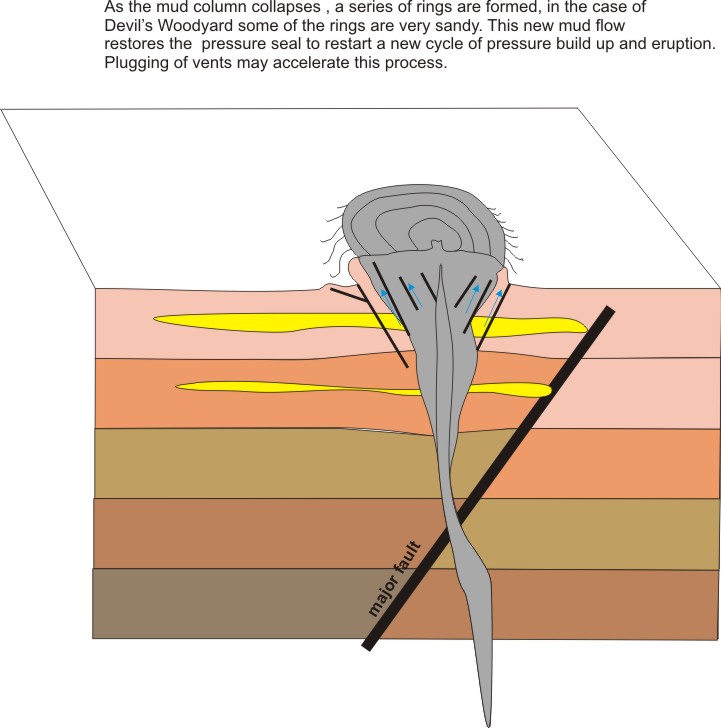