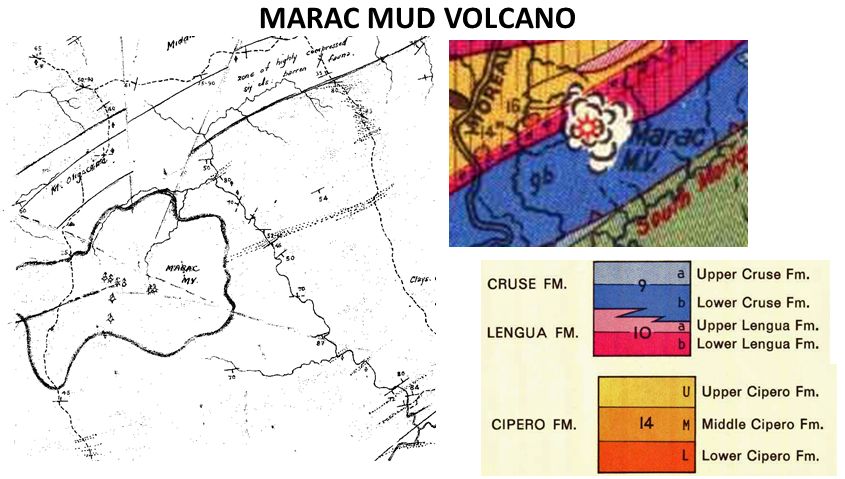 This was first visited in 1943 and was considered primarily to be an extensive area of pitch seeps.
. The area, partly tassik, comprises individual cones (A type) of asphalt, the largest being 3m high with a basal diameter of 6m. Heavy viscous oil rises slowly from most of them and only one showed mud. Gas puffs were seen and saline water was observed.
In 1965, the press reported that a new ‘Pitch Lake’ had been observed in the forest of Marac. It was visited by Dr. J.S.C. Houson who found a clear area of approximately 90m by 45m with numerous gas vents and small spatter cones of hard mud; an unusual feature was the large quantity of extruded tarry oil which covered the whole area to a depth of 15cm.
No boulders or pebbles have been seen on the mud surface, although some may be found in the ravines draining from the mudflow cap. As the area is one of complex geology and the outcropping formations nearby contain rubble beds with numerous exotics, the derivation of the blocks on the surface is hard to determine. 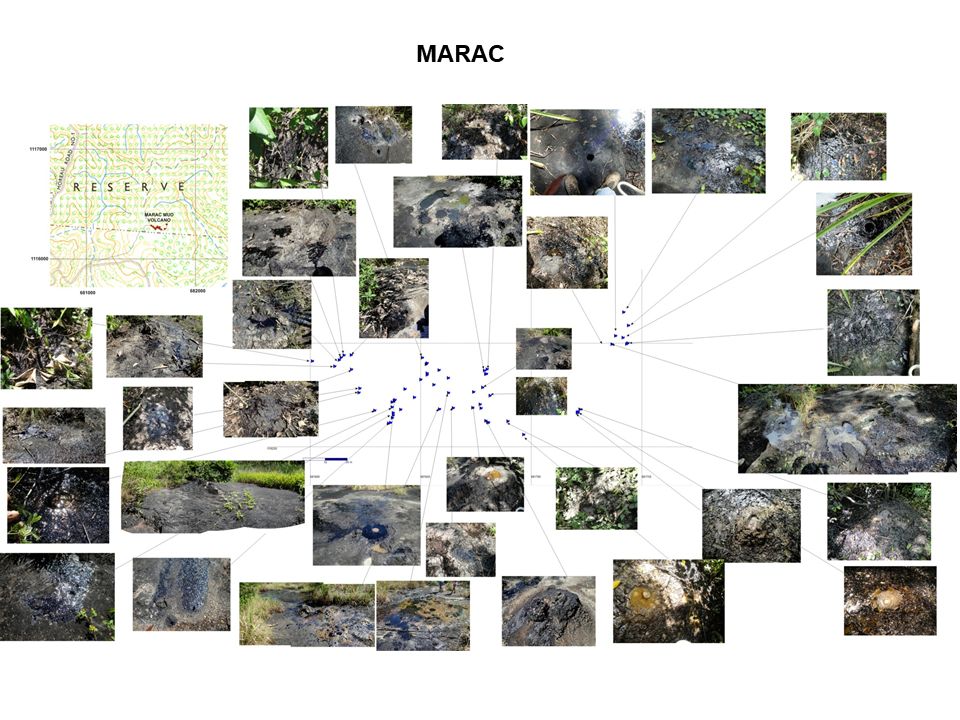