Main face in the north western part of the quarry 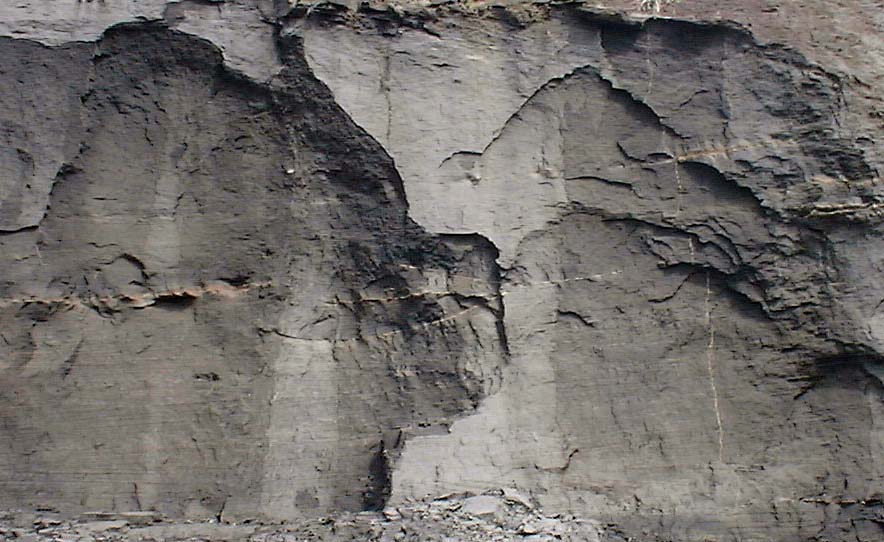 Clay draped surfaces separate the main cross bedded packages. Clay drapes are not continuous, although they have been interpreted as flooding surfaces by Wach (2000). Cross beds indicate movement from left to right.

Right side of the north-east face, showing a number of cross bedded units. Suggested transport direction is left to right ( west – east). The base of the face is made up of parallel bedded units 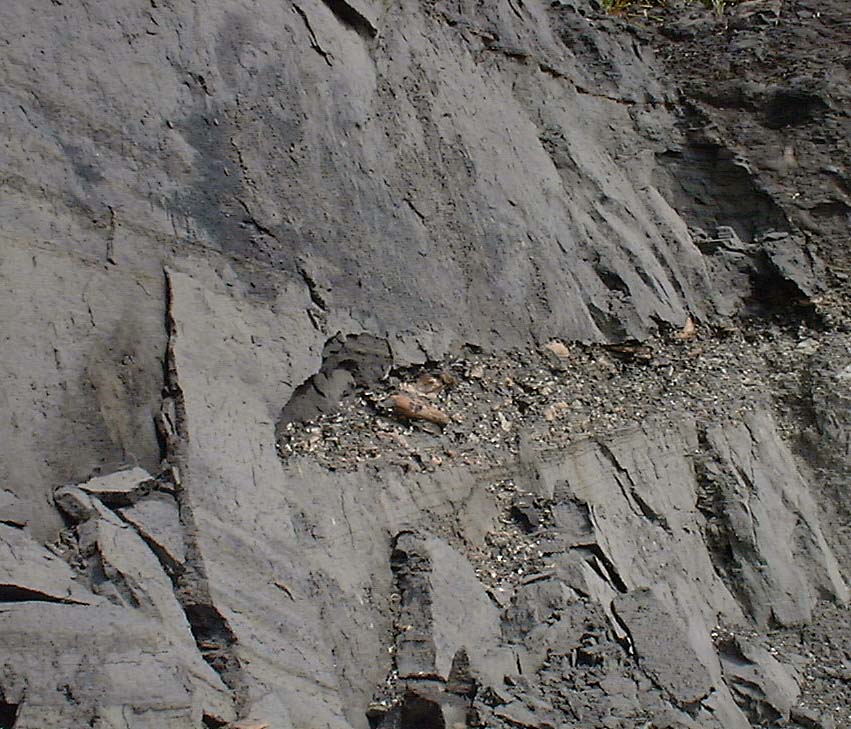 Claystone rip up clasts form an isolated deposit within the sandy package, the rest has probably been removed by erosion by a later channel 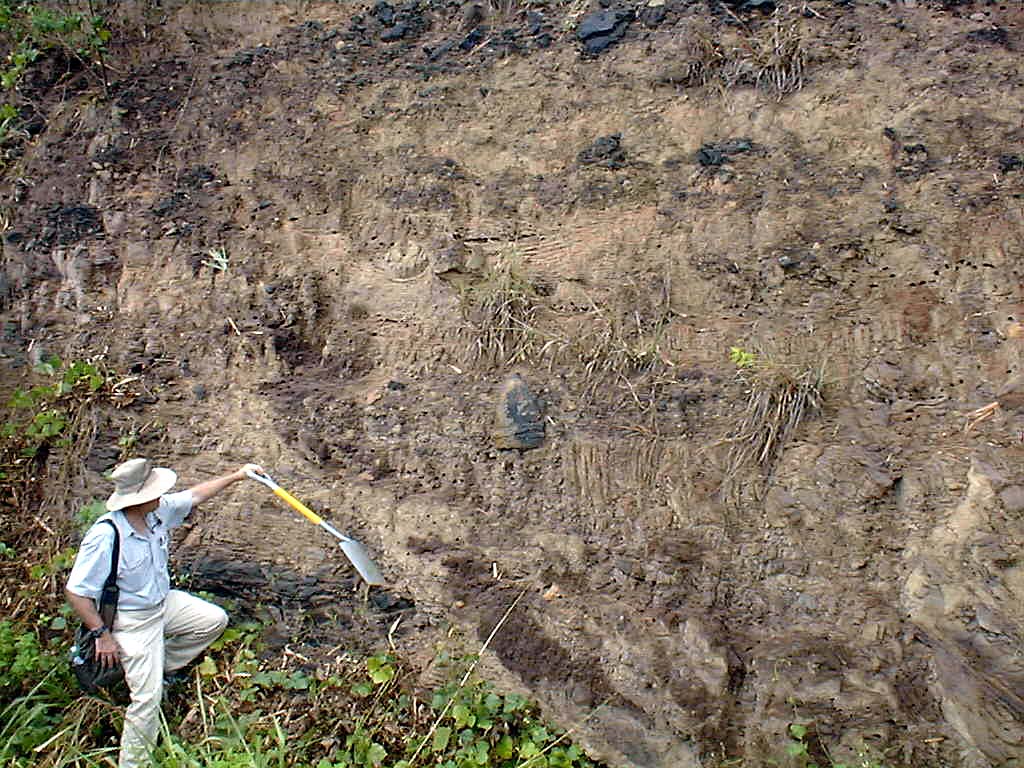 Location UTM (Naparima Datum) : E 649839 N 1127385.  fault zone . The rocks in the hanging wall of the normal fault is highly deformed, while those in the footwall still retain some bedding.