NAVET formation. Eocene
(Trinidad, B. W. I.).
Author of name RENZ (H. H.) (1942). Stratigraphy of Northern South America, Trinidad and Barbados. Proc. 8th Amer. Sci. Cong. vol. 4, p. 535.
Type locality Upper Navet River, Central Range.
Thickness Up to 1000 feet. RENZ states in Trinidad the Wilcox (= Aragon formation of Mexico) is developed in a Globigerina marl facies (Navet for-mation), the species Globorotalia aragonensis Nuttall being quite common. Such marls outcrop in the Nariva River district of the Central Range and in the Naparima area south of the Central Range. The Navet formation also consists of light grey and greenish-grey, khaki-weathering marls and marly clays), which are very rich in Globigerinidae, Globorotaliidae, and occasionally also in radiolaria (CUSHMAN & RENZ, 1948). The genus Hantkenina is represented throughout the Navet formation with the exception of the Ramdat marl member. Four tentative biozones have been established by CUSHMAN & RENZ who, however, excluded the youngest marl 0f Upper Eocene age by separating it under the term Hospital Hill formation The justification of this is doubtful (see Hospital Hill formation). By including the Hospital Hill marl in the Navet formation this comprehensive formation embraces the Wilcoxian, Claibornian and lower part of the Jacksonian stages which are represented by various isolated masses in the Central Range and Southern Trinidad. From the oldest to the youngest these arc the Ramdat, Friendship Quarry, Dun more Hill Navet River, Penitence Hill and Hospital Hill marls. In some of the boreholes the superposition of these marls could be corroborated.
The Pointe-a-Pierre formation of the Central Range and the Scotland formation of Barbados may represent the Sandy and silty facies of at least the lower part of the Navet formation. The Navet formation embraces the Claiborne and lower part of the Jackson stages
At the meeting of Pointe-a-Pierre (1955), it was agreed that the Navet formation should not be subdivided into members.
(H. G. KUGLER). Reference: CUSHMAN (J. A.) & RENZ (H.H.) (1948). 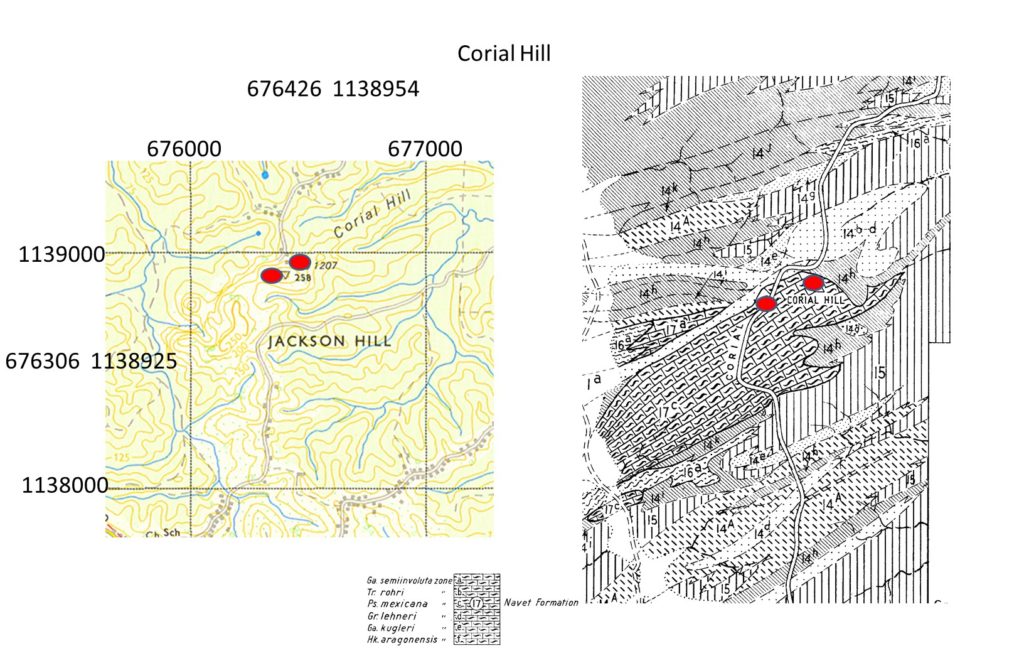 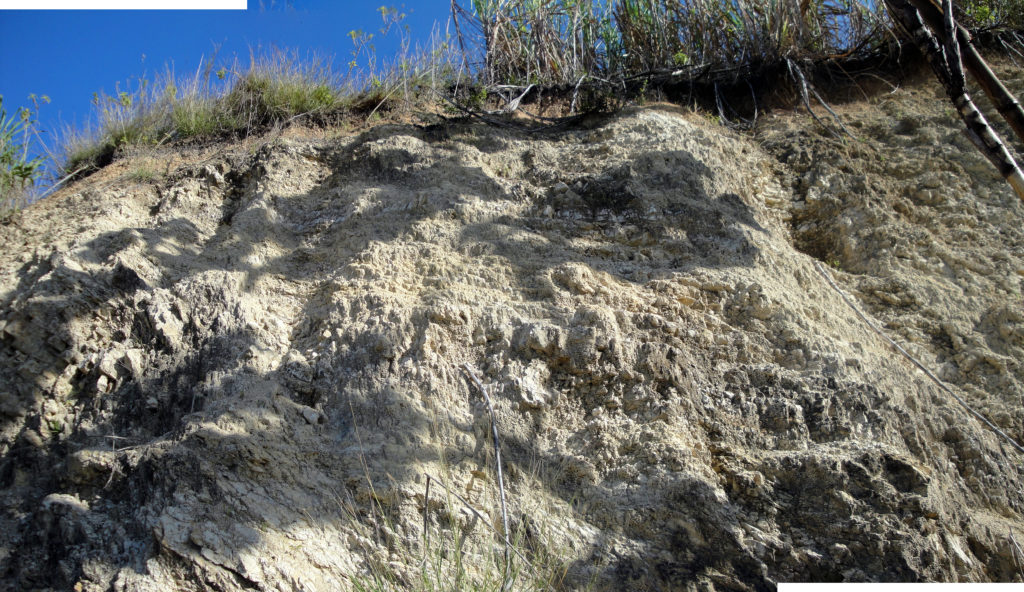 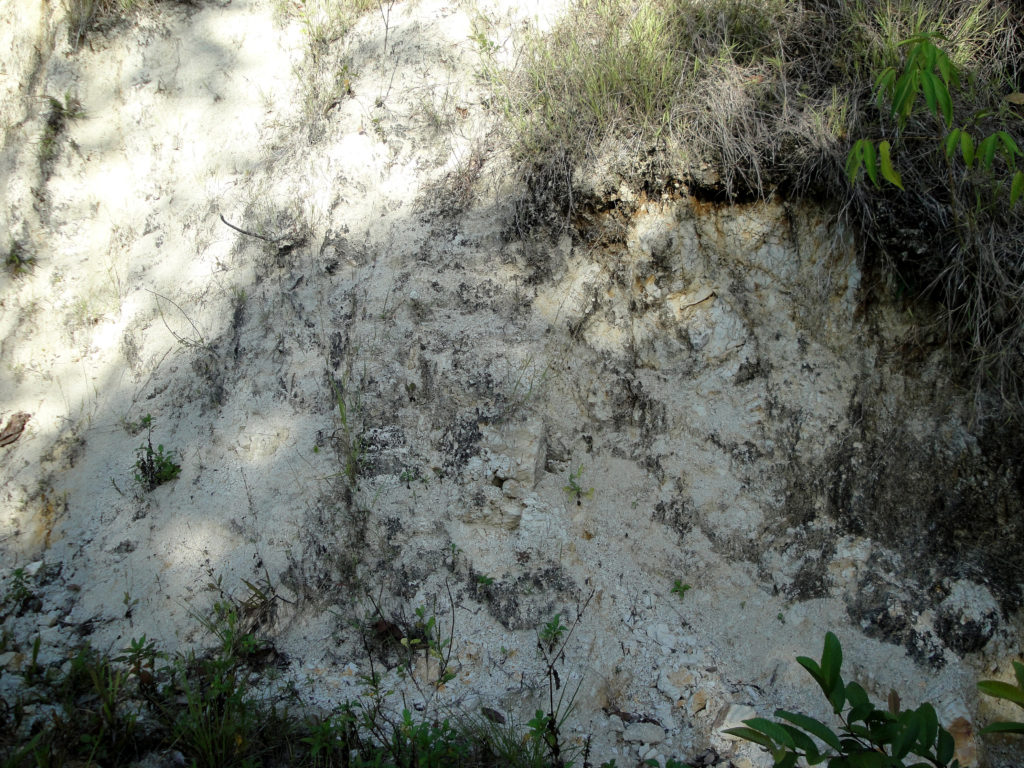 This outcrop is known for thin bands of Glauconite pellets within the marls.